Travis Snyder is in a fight for his life as he races to find a bone marrow donor in his seven-year battle with acute myeloid leukemia, a type of cancer that worsens quickly if not treated, according to the National Cancer Institute.

Snyder, 44, is being helped in his search for a donor by actor Jason Momoa, whom Snyder met in Hawaii shortly after he was first diagnosed with leukemia in 2015.

The "Aquaman" star has shared Snyder's story on Instagram and urged people to register on Be The Match's bone marrow registry to become potential bone marrow donors.

"He's a friend that's always been there for me," Snyder said of Momoa in an interview with "Good Morning America." "When I mentioned the registry thing, he was kind of mad at me, and was like, 'What? Why haven't you told me this before?'"

Snyder continued, "Once he realized the awareness issue, he's jumped in with both feet. I really love him and appreciate the support and awareness."

Snyder, a father of three, was in good health and competing in triathlons when he said he began to feel achy and sick while traveling in London for work.

After he was diagnosed with acute myeloid leukemia -- a type of cancer in which the bone marrow makes abnormal blood cells, according to the National Cancer Institute -- doctors put him on a regimen of chemotherapy because they did not find a perfect match in the bone marrow registry.

Snyder went into remission for three years, but then his cancer returned in 2018.

Unable again to find a perfect match donor, Snyder underwent a bone marrow transplant with his brother, who was a half-match.

He was in remission again until the cancer returned this March, forcing Snyder to look again for a bone marrow donor. 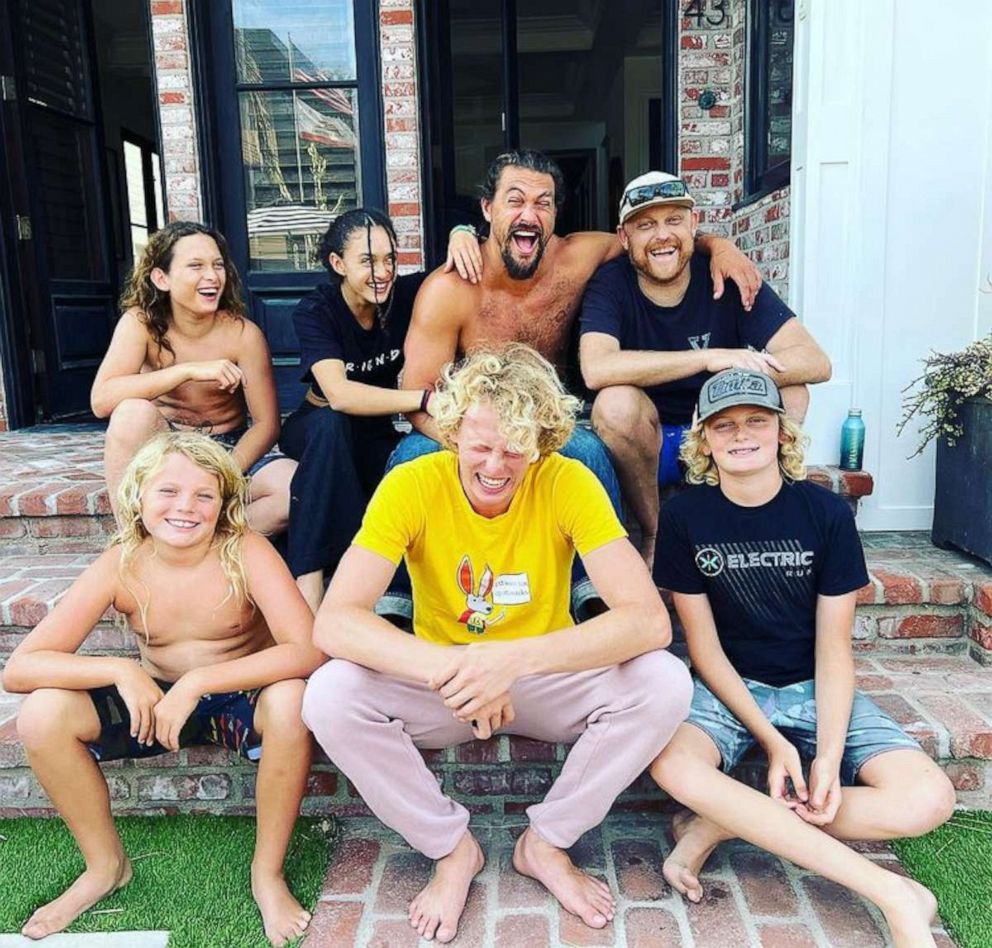 Doctors have not yet been able to find a match for Snyder, which has inspired him to advocate for change to broaden the bone marrow registry to more people and raise awareness of the need for donors.

Two of the largest bone marrow registries in the world -- United States-based Be The Match and Germany-based DKMS -- currently have over 40 million potential donors on their registries combined, a small fraction of the world's population.

Currently, nearly 150 people die from a blood cancer each day, according to Be The Match.

"This continued cycle of being sick and going through all the treatment and getting well for long enough that I get my life going again, and then coming back and going to the registry and nothing is there, I feel very passionate," Snyder said of his commitment to growing the bone marrow registries. "Obviously on behalf of myself but the many, many people who don't have a match in the database."

Snyder, the founder of The Color Run, a series of 5K road races, said he is focused on applying the entrepreneurial spirit that has propelled his career to revolutionizing the ways people join bone marrow registries.

Each year in the United States alone, around 18,000 people are diagnosed with life-threatening illnesses where a bone marrow transplant or umbilical cord blood transplant is their best treatment option, according to the Health Resources and Service Administration.

Snyder said he would like to see bone marrow donation become as common and well-known as organ donation, which people can volunteer for on their driver's license.

Snyder is particularly focused on expanding the diversity of the bone marrow registries because of his own experience.

"We recently discovered that one of the reasons I’m unique is that I have Pacific Islander genetics, which is a surprise," he said. "But Hawaiians and Pacific Islanders are really underrepresented in all the registries, so the odds of finding a match are really low." 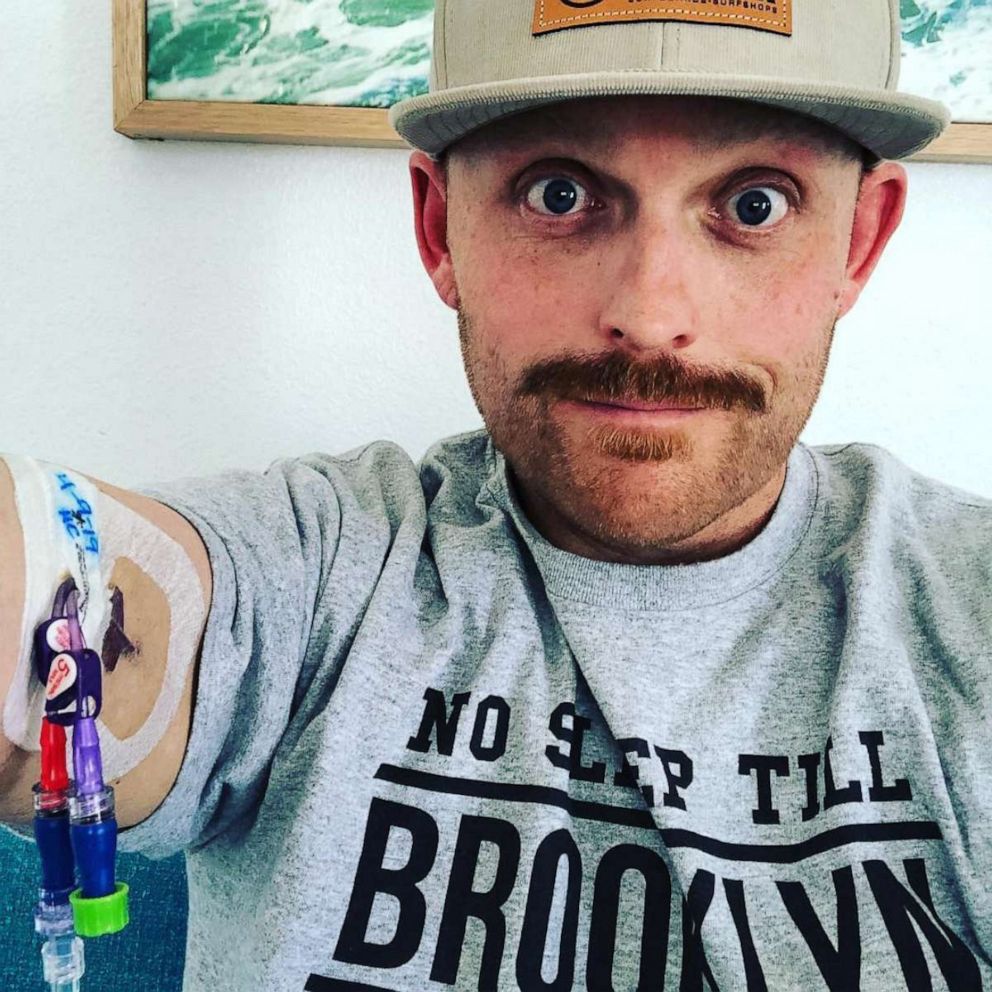 Courtesy Travis Snyder
Travis Snyder, of California, is waiting for a bone marrow donation as he continues to fight acute myeloid leukemia.

Snyder's doctor, Dr. Gary Schiller, a hematologist at UCLA, said that in addition to Pacific Islanders and Hawaiians, groups such as Asians, Native Americans and African Americans are also underrepresented. It is also more difficult for interracial people to find a donor, especially if they are in underrepresented groups, according to Schiller.

"For some reason, and there are a variety of reasons, for some ethnic groups it is more difficult than others," Schiller told "GMA." "It's a combination perhaps of insufficient outreach but I think often it's just insufficient understanding and reticence on the part of some individuals or groups to put themselves on the registry and donate."

MORE: Parents of boy with cancer who needs a mixed-race bone marrow match to save his life are pleading for people to register to be a donor

Schiller said doctors look for perfect matches when it comes to bone marrow donors in order to ensure the best chance for a successful recovery.

"Every one of our cells, with very few exceptions, wears markers on the surface. These markers are distinct for an individual," he explained. "There are two pairs per cell -- one pair from one's father, one pair from one's mother -- and if we attempt to do a bone marrow transplant, we try to match at all of those markers."

Schiller continued, "Some people have a collection of markers for which it is very hard to find a donor, even with 30 million people in the bone marrow registry." 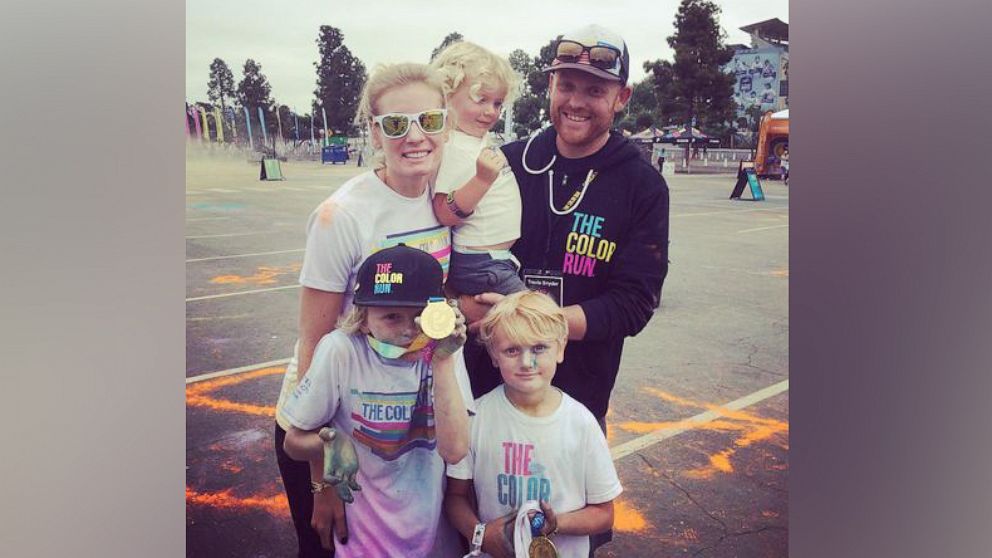 Courtesy Travis Snyder
Travis Snyder, founder of The Color Run, poses with his wife and children.

All it takes to join the Be The Match registry, is to use the organization's registration kit and give a swab of cheek cells, which entails rubbing a Q-tip-like item on the inside of your cheek.

The process of donating bone marrow is similar to donating blood, according to Schiller, who described bone marrow as "probably the easiest organ to donate."

Snyder said that while he waits to find his own donor, he continues to see it as a "beautiful thing" that someone out in the world could be the person that saves his life. He said he wants people to realize the impact they could have by becoming a bone marrow donor, and what it means to a person like himself who is still in need of a donor.