Walk around the Seattle area today and you’re likely to see dozens of yard signs featuring inspirational messages like “Don’t Give Up” and “You Matter.”

The yard sign movement was started by one dad, Colby Wallace, who was moved to action after hearing about a spate of teen suicides in his Seattle neighborhood.

“You feel helpless,” said Wallace, the father of 5-year-old and 9-year-old daughters. “I have girls who are young, but they’re going to be teenagers soon and it’s really, really scary.” 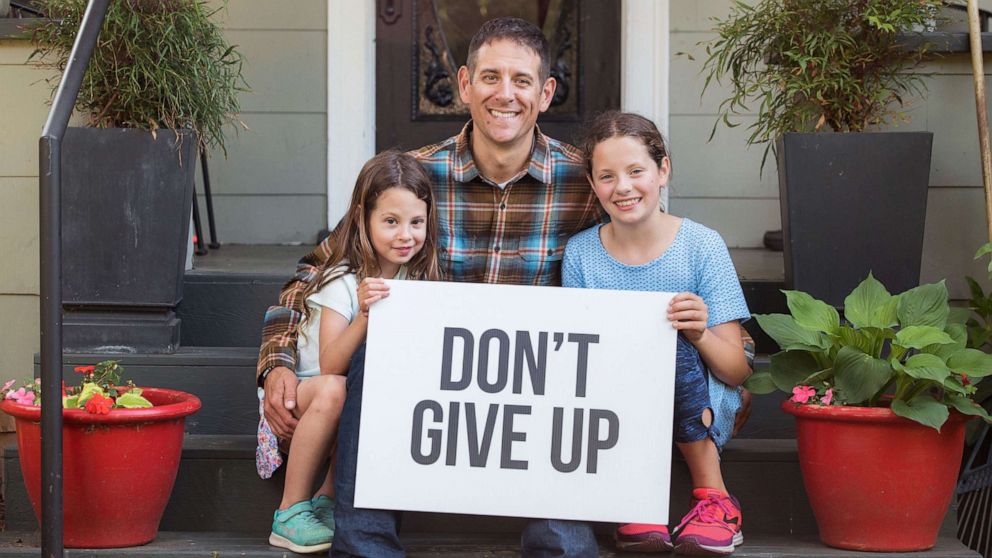 While discussing the recent suicides with fellow parents, Wallace heard about a nonprofit organization in Oregon called Don’t Give Up, that was started by a mom after she heard about the teen suicide rates in her area.

The nonprofit started with yard signs and now sells everything from pins and stickers to pencils and decals, all with inspirational messages.

(MORE: Life after attempting suicide: What 4 survivors want you to know)
Editor's Picks

Wallace and a friend ordered 15 signs and 200 bracelets from Don’t Give Up. On Mother’s Day, he and his wife, Tina, and their daughters, Caelyn and Chloey, walked around their neighborhood planting them in public spaces, particularly around his daughters’ elementary school.

“We reached out to the school counselor and principal to let them know and get their blessing, and we put a little blurb in the school news bulletin about what the signs are,” Wallace said. “I just wanted to put a positive message out there.”

Wallace’s signs quickly caught fire on social media and in local parent groups, where he said he got an overwhelmingly positive response.

(MORE: How your coffee date can protect your mental health, plus 5 other tips you need to read now

“At the elementary level, the people who seem to be affected the most are the parents themselves, which is really important,” he said. “I truly believe that if the parents are getting help and support, it spreads.”

In the state of Washington, suicide is the second leading cause of death for youths between 10 and 24 years old, according to the Washington Department of Health. 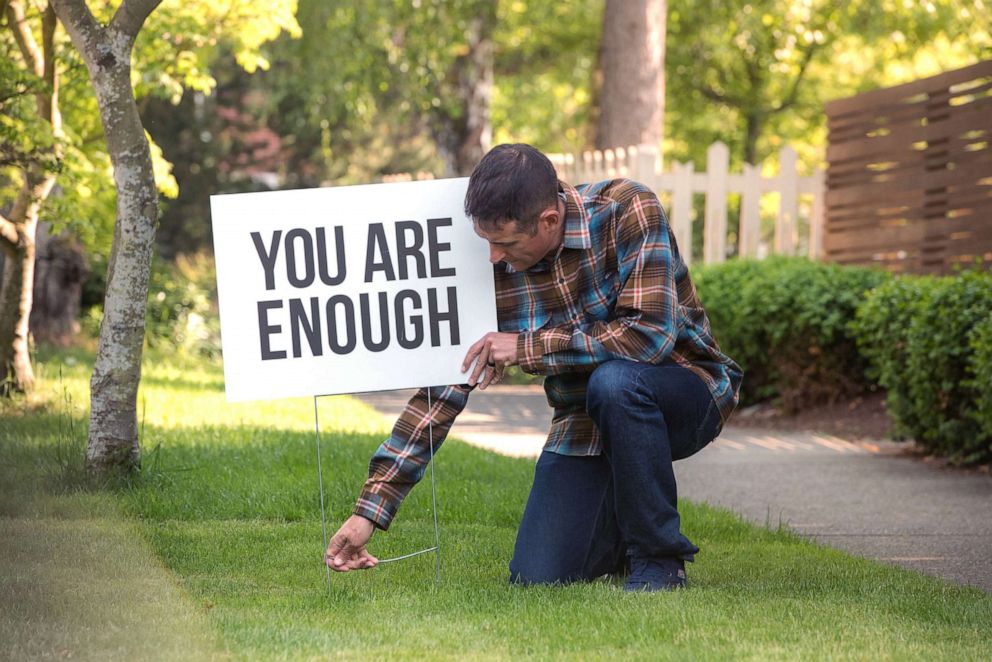 Nationally, suicide has ranked as the 10th leading cause of death for all ages in the U.S. since 2008, according to the Centers for Disease Control and Prevention.

In May, which is Mental Health Awareness Month, Wallace purchased nearly 200 more signs due to interest from fellow parents and neighbors. He also started a GoFundMe appeal to raise money for more signs.

"Its roots come from suicide but its message is across so many different things," Wallace said. "If the signs can turn someone’s mindset around so that maybe they act more kind throughout the world, it could create some healing to make the world a little better place."

The woman who started the Don't Give Up sign movement, Amy Wolff, said she has been "bombarded" with orders since Wallace's signs in Seattle went viral.

"What's beautiful is that there are several people with Colby’s big heart around the country doing the same thing," she said. "I’m overwhelmed by the impact of the movement."

Wolff runs her nonprofit out of her home in Newberg, Oregon, and is now working to scale up because of the demand. She launched Don't Give Up in 2017 when she, her husband and their two daughters hatched a mission to anonymously post 20 signs in neighbors' yards.

"I had serious doubts about the signs," she said. "'This is the dumbest idea I’ve ever had,’ I thought to myself as I put the signs in my trunk -- but sometimes you just choose to do something positive and push the doubts aside."

Wallace said he hopes his two young daughters not only carry forth the messages on the signs, but also see how their family, like the Wolffs, took action and made a difference. 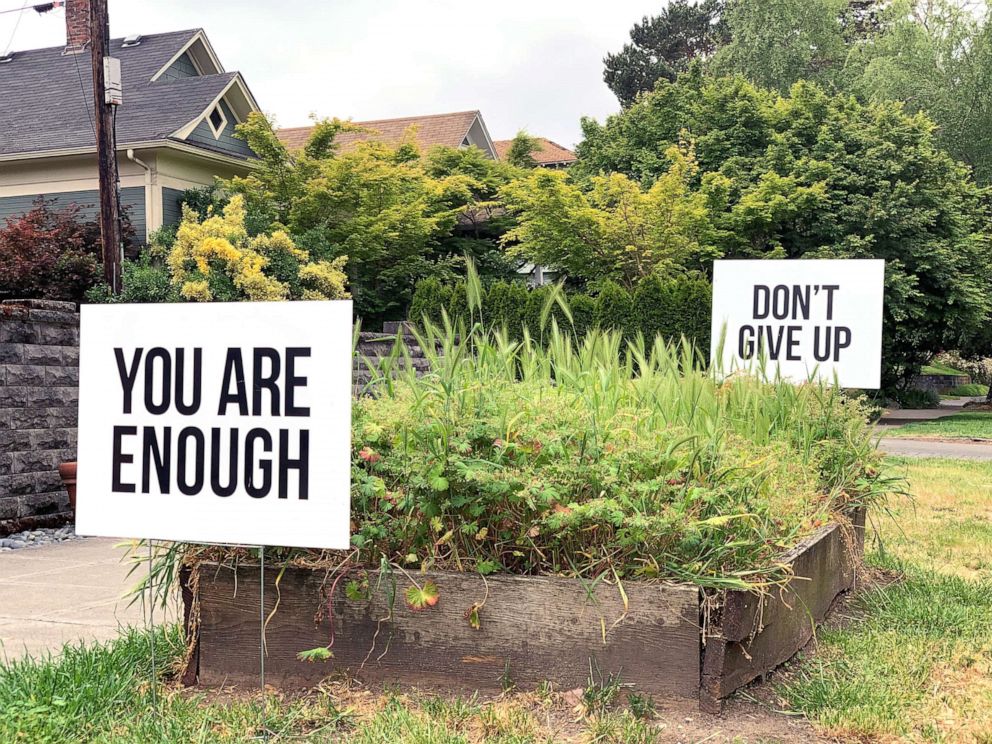 "I hope they see that you can have an idea, you can take action and actually do something," he said. "When we put them up, I had no idea what people would think, but we believed in it enough to do it."

"I hope they take that into adulthood," Wallace added. "Be the change you want to see."