Common prenatal tests done to test for genetic abnormalities are the subject of a new warning from the U.S. Food and Drug Administration (FDA).

The tests are used to screen for possible genetic abnormalities in fetuses that could indicate the possibility of a health condition like Down syndrome, a condition in which a person has an extra chromosome, which changes how a baby's brain and body develop, according to the Centers for Disease Control and Prevention (CDC).

In its new warning, the FDA reminds people that the prenatal tests are screening tests, not diagnostic tests that would confirm a health condition.

"While genetic non-invasive prenatal screening tests are widely used today, these tests have not been reviewed by the FDA and may be making claims about their performance and use that are not based on sound science," Jeff Shuren, M.D., J.D., director of the FDA's Center for Devices and Radiological Health, said in a statement. "Without proper understanding of how these tests should be used, people may make inappropriate health care decisions regarding their pregnancy."

"We strongly urge patients to discuss the benefits and risks of these tests with a genetic counselor or other health care provider prior to making decisions based on the results of these tests," said Shuren.

The prenatal screening tests that are the subject of the FDA's warning are standard in prenatal care in the United States, according to Dr. Jennifer Ashton, ABC News chief medical correspondent and a board-certified OBGYN.

The American College of Obstetricians and Gynecologists (ACOG) recommends that prenatal genetic screening options should be made available to "all pregnant patients regardless of maternal age or risk of chromosomal abnormality."

In the U.S., 25% to 50% of pregnancies undergo non-invasive prenatal screening tests, according to data published in the medical journal Obstetrics & Gynecology 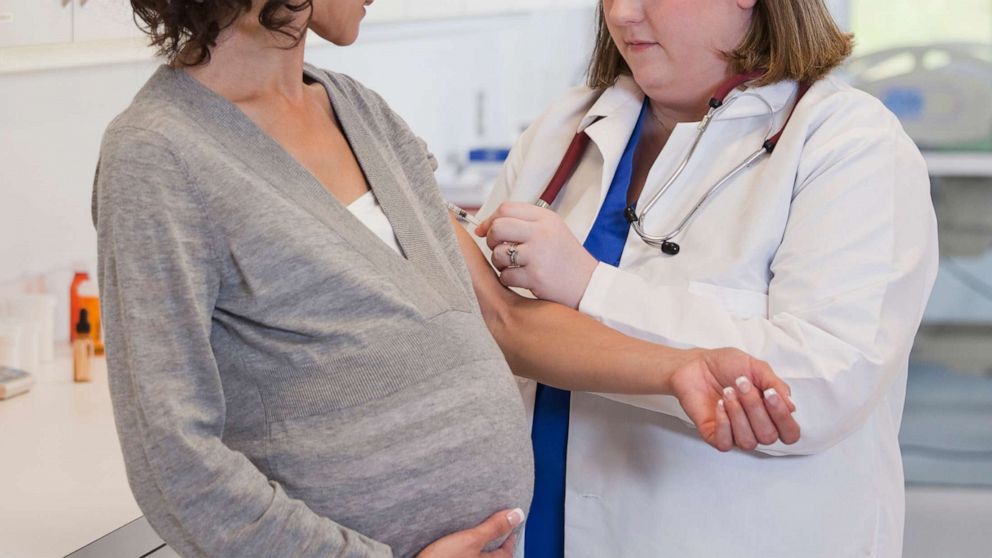 STOCK PHOTO/Getty Images
A pregnant woman is seen here with her dr in this undated stock photo.

The screening tests, which are up to 99% accurate for screening out diseases like Down syndrome, are done by taking a blood sample from the pregnant woman. An ultrasound of the fetus is typically done in conjunction with the screening tests, according to Ashton.

If the tests flag an increased risk that the fetus may have a problem with its chromosomes, more testing will be done, either via an amniocentesis -- a procedure in which a small sample of amniotic fluid is removed for testing -- or chorionic villus sampling (CVS), in which a small piece of tissue is removed from the placenta for further testing.

MORE: Family fights for genetic screening to save others from muscle-wasting disease afflicting their toddler

Ashton said the FDA's warning centers on the fact that the initial screening tests are not 100% accurate, explaining, "What the FDA is worried about is that women may make incorrect decisions about continuing their pregnancy based on this result."

Both Ashton and ACOG stress that the results of non-invasive prenatal screening tests should be analyzed by a qualified medical provider, and that pregnant women should be in close touch with their provider about the results.

"This is a perfect example -- anyone can do a test. It's using the results of that test, which requires medical credentials and judgment and experience, that matters," said Ashton. "So a woman should talk to their midwife, their obstetrician about what to do with the results of this test."