Angela Herrera, of Boston, always knew she wanted to have children.

While she waited for the life partner she wanted to have a child with, Herrera saved money knowing she wanted to freeze her eggs.

Four years ago, at age 43, Herrera did two cycles of egg freezing, spending about $50,000 total, a higher-than-normal figure due to her age.

This past December, Herrera and her now-fiancé tried to get pregnant using her frozen eggs.

“Every morning I got a phone call saying, ‘One is gone,’ and by the end of the week they called and said they were all gone,” Herrera, now 47, told “Good Morning America.” “That was a moment I’ll never forget because it was like being told your child is dead.”

Nearly as traumatic for Herrera was having to explain her situation to friends and family who she said couldn't understand her grief and lost confidence.

"It devastatingly affects your confidence," said Herrera, who took a leave from work. "It's hard for some people to understand, but when you go through something like this, it's just as much grief and darkness because the child you thought you could have is gone."

Women like Herrera are the faces of an often untold story in fertility treatments, when frozen eggs do not result in pregnancies. It's a story that experts say needs to be told as egg freezing becomes cheaper and more accessible and attractive to women who want to make sure they can get pregnant later in life, on their own terms. 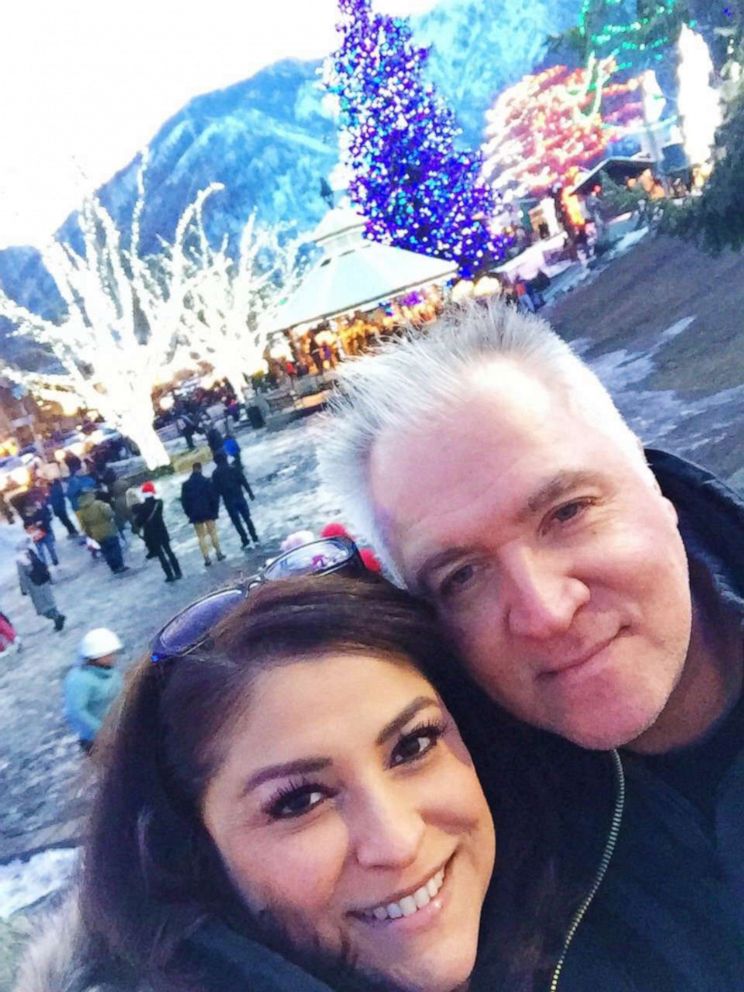 Courtesy Angela Herrera
Angela Herrera and her fiance, Paul, pose together in December 2018, just after becoming engaged and finding out their fertilized eggs failed.
(MORE: The ABCs of infertility: Here's how people are getting pregnant in 2019
Editor's Picks

The chances of becoming pregnant after a frozen egg is implanted are roughly 30 to 60 percent, according to the Mayo Clinic, a national medical practice research group in Rochester, Minnesota. This figure can be affected by multiple factors, including a woman's age.

The reality that not all women become moms after egg freezing was highlighted in a New York Times opinion piece this summer titled, "Don't Put All Your (Frozen) Eggs In One Basket."

"I was very happy actually to read that editorial because I thought it was a long time in coming," said Dr. Elizabeth Ginsburg, medical director of the Assisted Reproductive Technologies Program at the Brigham and Women’s Hospital in Boston. "There’s certainly far from a guarantee that you’re going to have a baby when you freeze your eggs."

Some have compared egg freezing to an "insurance policy" for getting pregnant at a future time, a comparison Dr. Ginsburg finds problematic.

"I think the terminology that's been used is really deceptive," she said. "It’s certainly not an insurance policy and it really bothers me when I hear people refer to it as that." 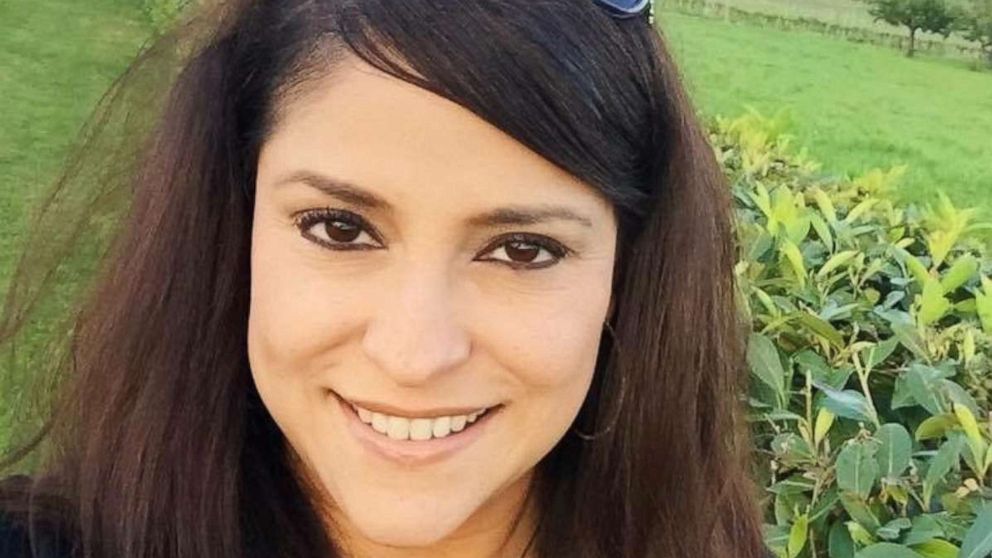 (MORE: You are not alone: Women struggling with infertility find 'sisterhood' of support on Instagram)

As more studies show how fertility gradually declines with age, fertility websites, companies, ads and apps are now targeting women in their 20s.

Some egg freezing businesses, like the Southern California Reproductive Center (SCRC), hold what look like fancy cocktail parties attended by women, but are actually marketing events focused on the importance of preserving fertility and freezing eggs “while they’re in their prime.”

Bianca Jade, a New York City-based TV host and wellness expert, was able to freeze seven mature eggs from a nearly $25,000 cycle she did just before her 39th birthday.

Jade, now 40, said she knew going into egg freezing that the odds were not on her side because of her age -- and described being reminded that frequently by doctors -- but wanted to do it anyways.

"I’m like your modern day story of a single, professional woman that just doesn’t want to have any regrets," said Jade, who blogged about her experience. "To be perfectly honest, my doctors were always so negative that I literally cried every day through the process wondering what I was doing."

"But overall I am glad I did it because now I can go to bed at night and not worry that I don’t have a partner," she said. "It’s kind of like making peace with the fact that you don’t know what will happen but I’m happy I did it and have no regrets, and I'm incredibly lucky I had money to be able to do it." 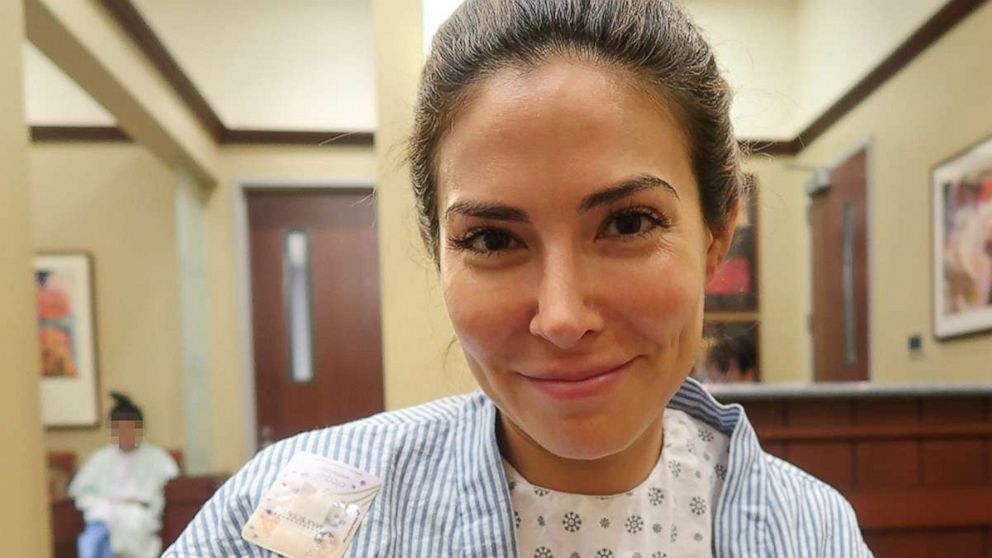 Even with advances in technology and accessibility, egg freezing typically costs between $10,000 and $20,000. Storing your eggs can cost up to $1,000 per year.

The weeks-long process, initially intended for women with medical reasons to freeze their eggs, involves blood tests, medications, hormone injections and then the egg retrieval, which is done under sedation, typically at a doctor's office or hospital.

Some women have their egg freezing cycles canceled and have to start over, financially, mentally and physically, if their ovaries do not produce enough eggs.

For women who successfully freeze their eggs only to have them not work later on, it could be due to a variety of causes like the woman's age, the quality of her frozen eggs or how the eggs were frozen, experts say.

"I do think there’s utility in it but if women do it, they need to go in eyes wide open and think of it as the chance of pregnancy in the future, not as a guarantee," said Ginsburg. "I wouldn’t say live your life and don’t worry about [egg freezing] because some women will have babies from these eggs and a woman is better off freezing eggs at 38 than hoping she’ll get pregnant at 45 or 46, but having other options in the back of your mind at the same time is really important, just so you’re not devastated."

Dr. Amanda N. Kallen, assistant professor of obstetrics and gynecology at the Yale School of Medicine, said her advice to patients who choose to freeze their eggs is to freeze your eggs and forget about them, so you're not living your life banking on the frozen eggs, only to have them not work.

"The way I think about it is, don’t delay starting a family longer than you otherwise might because you have this reassurance that your eggs are frozen," she said. "There’s a perception that freezing eggs is a way to postpone fertility in a situation where you wouldn’t otherwise do so, and that’s not how it should be viewed."

Even women who freeze their eggs at a young age may face complications if they wait to become pregnant at a later age, according to a 2017 study that called for extensive counseling to be required for women so that they can make a "truly informed decision" before opting to freeze their eggs.

Freezing your eggs carries risks including various conditions related to the use of fertility drugs, complications involving the egg retrieval procedure, and emotional risks, according to the Mayo Clinic.

Risks that exist for women carrying a pregnancy in their 40s even if the egg came from her when she was in her 20s, include preterm delivery, low birth weight babies, preeclampsia, and labor and delivery complications, according to ABC News chief medical correspondent Dr. Jennifer Ashton, a board-certified OBGYN.

Kallen said she believes the interest in egg freezing for women, even with the risks, points to a larger societal issue.

"This technology of egg freezing has offered women an option to try to delay childbearing, but the flip side of that is we should be making it easier for women to have support when they want to have kids," she said. "[Egg freezing] puts a hold on ovarian aging the best we can, but we’re sort of ignoring biology."

"It’s a shame we really haven’t come up with better ways to support and invest in women to have children when they want to," Kallen said.