A Texas mom is speaking out about the "helpless" feeling of watching her newborn daughter in the hospital with RSV.

Rebecca Lara said her 5-week-old daughter Lily has been on supplemental oxygen for three days while hospitalized at Texas Children's Hospital in Houston.

"It's hard. It really is," Lara told ABC News' Whit Johnson. "Because, you know, you feel so helpless. You don't really know how to help them."

Lara, a mom of five, said all of her children were recently sick, but that Lily's condition deteriorated rapidly.

She said at one point, Lily's breathing became so labored at home that an ambulance was called.

"It was kind of like a choking cough, so she was going in and out of breathing," said Lara. "It was so bad, I said, 'Call the ambulance.' "

"You can't really do anything," she added. 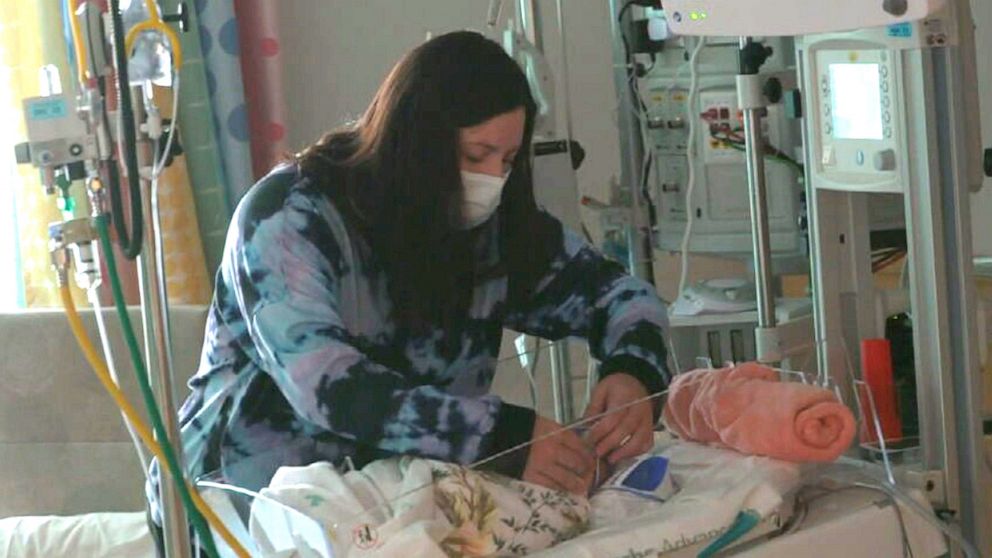 At Texas Children's Hospital, Lily is one of dozens of children hospitalized with RSV, a respiratory virus that is spiking among children, leaving some pediatric hospitals across the country filled to capacity.

At least 10 children with RSV are being treated in the intensive care unit at Texas Children's Hospital, the country's largest pediatric hospital. 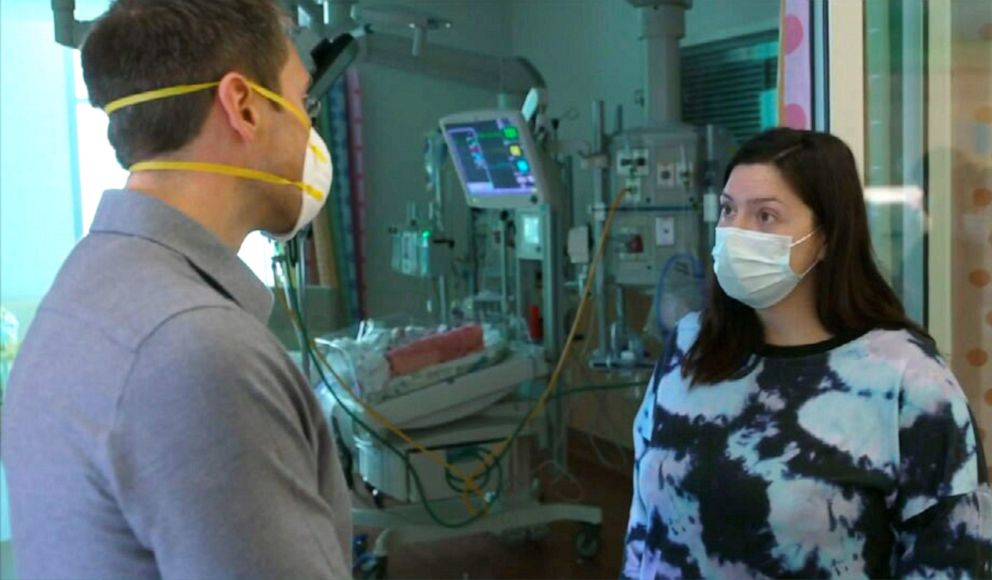 According to the Centers for Disease Control and Prevention, infections due to RSV have spiked by 69% over the last four weeks from 4,667 to 7,917 and are appearing earlier than usual.

As of Monday afternoon, pediatric bed occupancy in the U.S. is the highest it's been in two years with 75% of the estimated 40,000 beds filled with patients, according to an ABC News analysis.

At the same time that hospitals are handling an influx of pediatric patients due to RSV, doctors are preparing for what could be the most severe flu season seen in years, and well as dealing with the ongoing coronavirus pandemic.

Dr. Melanie Kitagawa, medical director of the pediatric ICU at Texas Children's Hospital, told ABC News the hospital is already seeing an increase in flu cases converging with the rise in RSV patients.

"We have a lot of kids admitted right now with RSV, and you layer on a subset of kids who now are going to end up with flu," she said. "That's our concern, is what does that look like two weeks down, a week down the road?"

Doctors are urging parents to get their children vaccinated, particularly against COVID-19 and the flu, to protect themselves and to help prevent an already strained health care system from becoming overburdened.

In addition, parents are also encouraged to make sure their children are practicing good hand hygiene, stay home if they are sick and consider wearing face masks in crowded, indoor spaces.

RSV is a particularly contagious virus that can spread from virus droplets transferred from an infected person's cough or sneeze; from direct contact with the virus, like kissing the face of a child with RSV; and from touching surfaces, like tables, doorknobs and crib rails, that have the virus on them and then touching one's eyes, nose or mouth before hand-washing, according to the CDC.

Most cases resolve on their own. However, in some, the symptoms may escalate to coughing, wheezing and difficulty breathing.