Emily Robison was just 22 years old when she died last month due to complications from COVID-19, leaving behind a newborn daughter whom she never met.

Robison, of Fort Smith, Arkansas, was nearly seven months pregnant when she was hospitalized for COVID-19 in mid-August, according to her husband, Eric Robison.

She was put on a ventilator and then began to decline so quickly that doctors had to perform an emergency C-section about two months before her due date.

The Robison's daughter, their first child, whom they named Carmen, was born on Aug. 25.

Less than one month after giving birth, on Sept. 20, Emily Robison, who was not vaccinated against COVID-19, died. 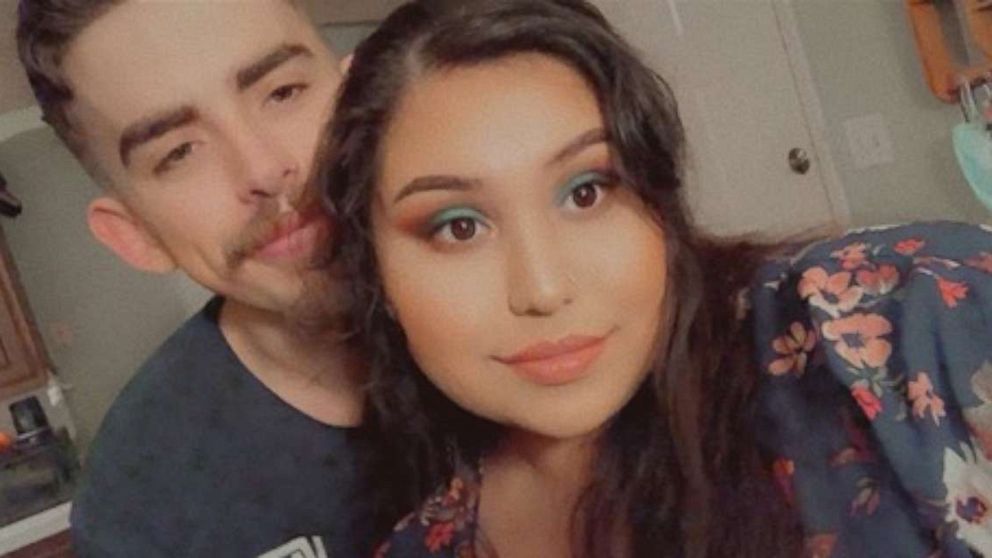 "She was on life support until she passed away and didn't know she gave birth," Eric Robison, 23, told "Good Morning America," adding that his wife had long wanted to become a mother, saying, "Every time I came home she'd be talking to Carmen [during pregnancy]. It was like they were best friends already."

With the death of his wife, Eric Robison suddenly became a single dad, and one who was not yet prepared with baby supplies because their daughter had been born two months early. 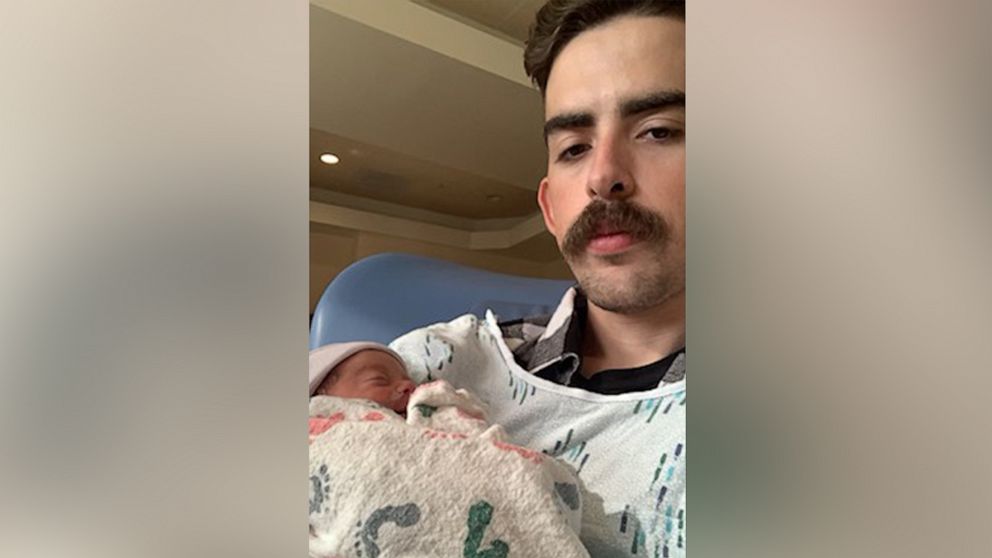 His difficult road ahead struck Ashlee Schwarz, an intensive care unit nurse at Mercy Hospital, where Emily Robison was treated.

Schwartz, the mother of two young children, cared for Emily Robison for one day in the ICU, about one week before she passed away.

"I knew she was maxed out on ventilator settings and was beyond sick," Schwartz said. "One day I saw Eric down the hall, sitting in a chair and staring at a glass door [to his wife's room] and it just broke my heart."

When Schwartz learned that Emily Robison had given birth, she looked online for a baby registry for the family so she could give a gift. When she learned there was no registry and the couple had very few items ready for the baby, she jumped into action.

Schwartz started a "pay it forward" baby registry to stock Carmen's nursery with essential items like a crib, clothes, bottles and diapers. 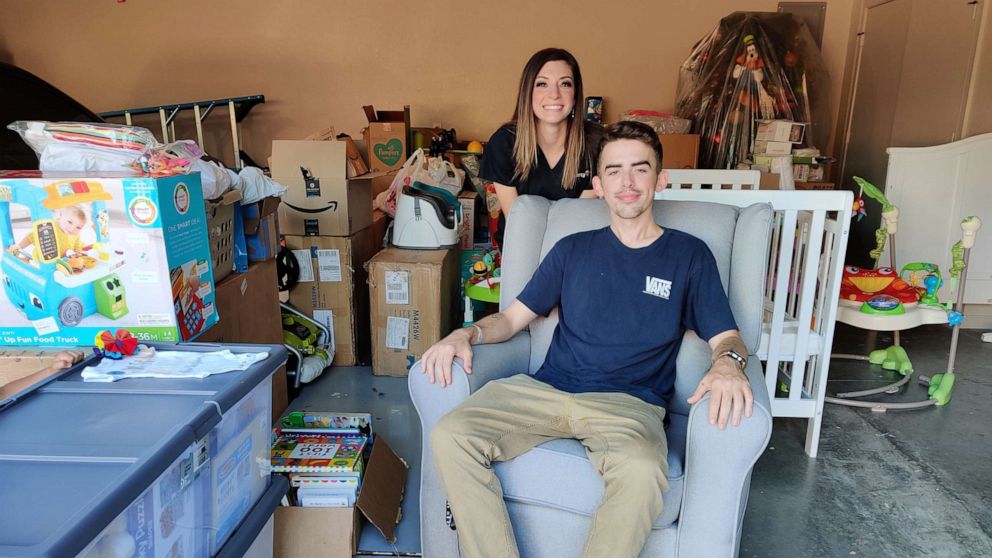 "I told Eric, 'I will try my best to get you everything that you need,' and it just took off from there," she said. "I felt so called to help."

Just weeks after starting the baby registry, it had been fulfilled, thanks to donations from Schwartz's coworkers as well as community members and complete strangers from across the country.

A GoFundMe account Schwartz created to help Eric Robison and Carmen has also raised more than $1,000. 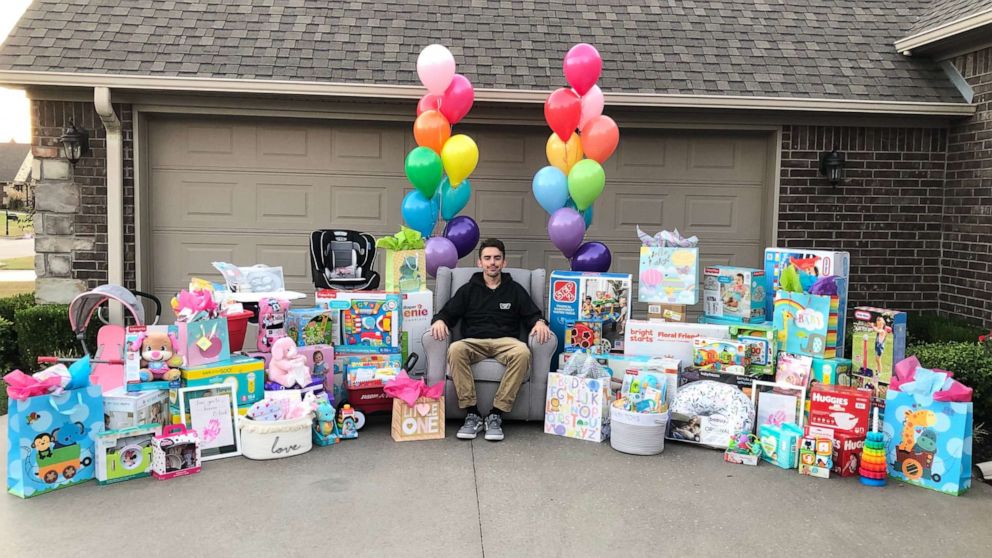 Eric Robison said he is overwhelmed at the generosity of Schwartz and others. Carmen is expected to be discharged from the neonatal intensive care unit, where she's been treated since her birth, this week, and she will come home to a house full of supplies and love.

"All of it has been so overwhelming and it's been truly amazing knowing that so many people care," Eric Robison said. "I want everyone to know who has ever donated, whoever will donate, who has ever prayed for my family, thank you so much. I cannot even express the gratitude I have. I appreciate it more than they will ever understand."

He continued, "I can't wait until Carmen gets older and I can tell her all the support she had." 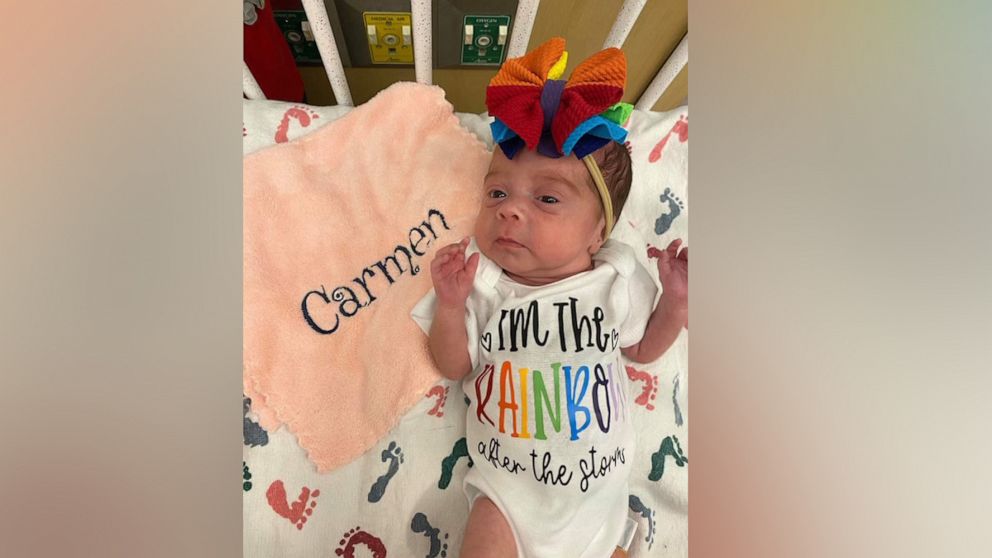 Robison said that throughout the more than one month that his wife was hospitalized, he saw the kindness of nurses like Schwartz in action every day.

"I have never known the kindness and the strength of nurses, from prayers to all the treatments they give to help patients," he said. "I've literally watched nurses work until they're collapsed in chairs because they're trying to help so many people out."