Hanna Thompson and Metta Siebert are 35-year-old identical twins who attended college together and now talk daily, even though they live thousands of miles apart.

Earlier this year, the sisters were each diagnosed with breast cancer. Their diagnoses came within just weeks of each other.

“It was a one-two punch to say the least,” Siebert told “Good Morning America.” “I remember it was a Friday night [when I heard] and I was in my kitchen and I just kind of slumped on the floor and stayed there for 30 minutes.”

“You only have so much in your mental reservoir and that day it got pretty depleted,” she said.

Siebert, a nurse practitioner in Kansas, was diagnosed first, in June. She felt a lump on her left breast while she was in the shower and went to the doctor.

“The entire process from feeling the lump to starting chemotherapy was about one month,” she said.

Siebert’s diagnosis got Thompson, an attorney in California, thinking more about a lump she felt in her right breast while breastfeeding her now-15-month-old son prior to Metta’s diagnosis.

“I thought it was a clogged duct and wasn’t too concerned, but after Metta was diagnosed I saw my doctor and they sent me to get a mammogram and then a biopsy on the same day,” she said. “About a month later I had my first chemo.” 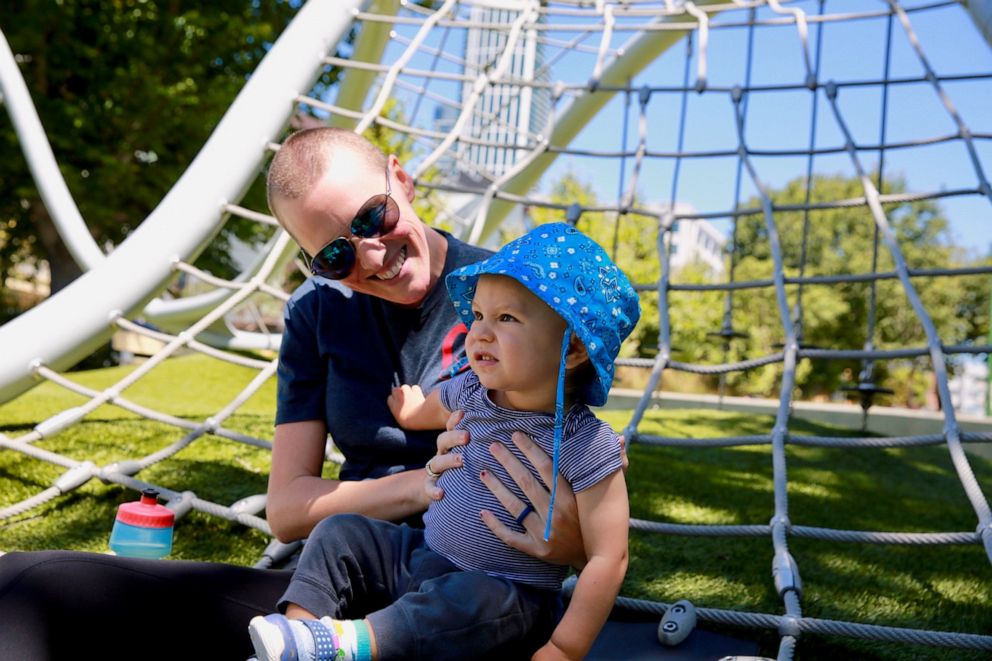 Both sisters have Stage 2A breast cancer. They are both currently undergoing chemotherapy, although different types.

Both sisters also plan to have a double mastectomy after finishing chemotherapy. They both found out after their diagnoses that they carry the BRCA2 gene, which greatly increases their risk of breast and ovarian cancers.

“Now with the BRCA2 gene [our diagnoses] make more sense but at the time it was very much surprising and debilitating,” said Siebert, mother of a 5-year-old daughter and 2-year-old son. 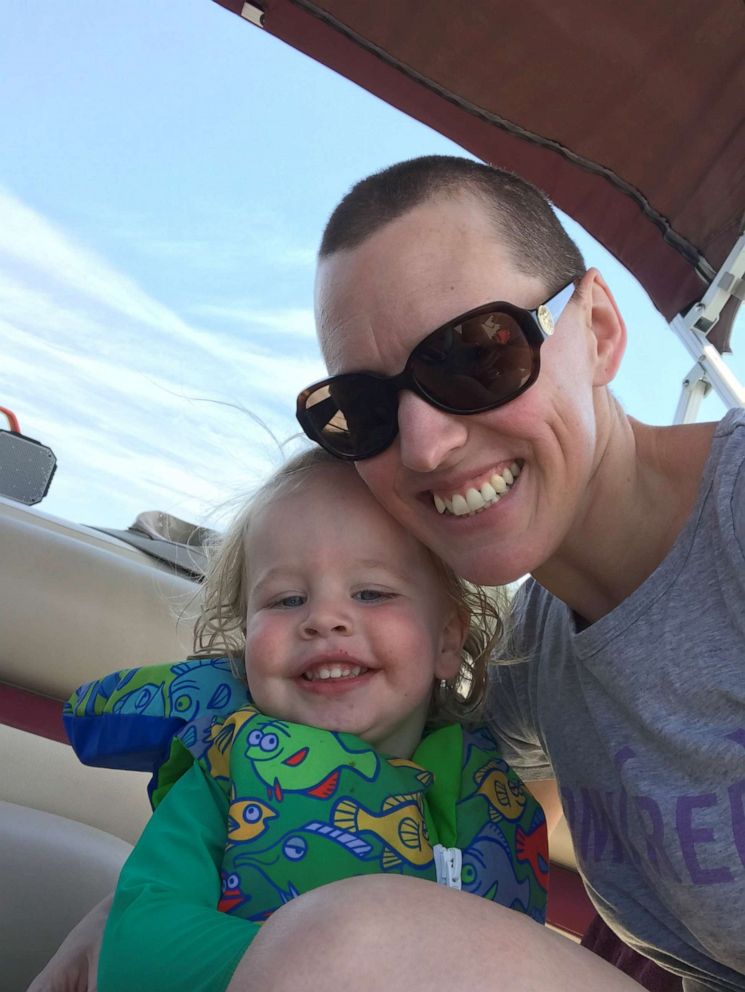 Metta Siebert
etta Siebert poses with one of her two children in this undated family photo.

Siebert's and Thompson's doctors both say the fact that they both got breast cancer is not unusual because they carry the BRCA2 gene. The sisters also have a family history of breast cancer.

What is more unusual, though, is the fact that they were diagnosed so close together.

"It is quite extraordinary I think for them to be diagnosed within weeks of each other," said Dr. Michelle Melisko, an oncologist at the UCSF Helen Diller Family Comprehensive Cancer Center, who is treating Thompson. "But being identical twins, they share the BRCA gene and that gene is what’s really responsible for them developing this pre-menopausal breast cancer." 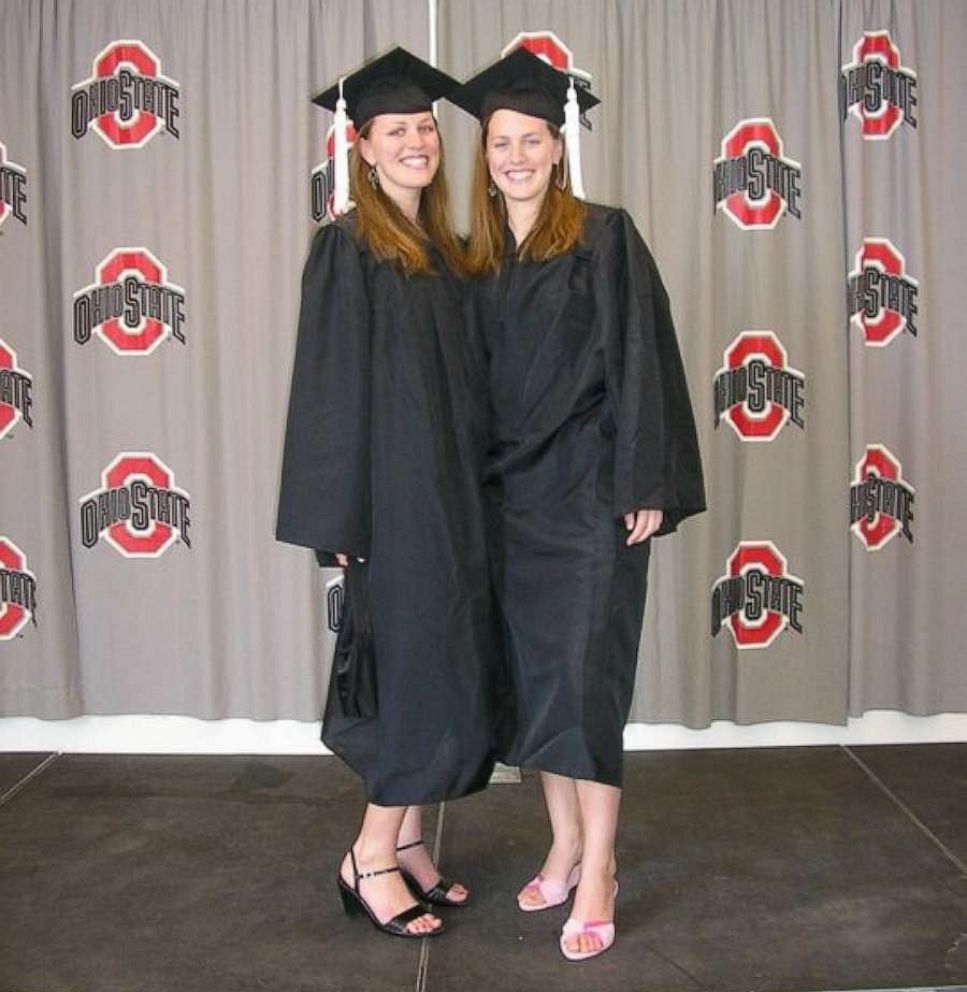 Siebert's oncologist, Dr. Gregory Crane of the University of Kansas Cancer Center, also described the timing of the sisters' diagnoses as "a bit atypical."

He, like Melisko, pointed out though that Thompson and Siebert followed a similar pattern for lots of families that have multiple people with cancer, where one person's diagnosis motivates other family members to get cancer screenings.

"I’ve treated moms and daughters with breast cancer, usually where a mom is diagnosed and then a daughter goes and gets screened and is diagnosed," Crane said.

Siebert and Thompson said their already-close bond was forged even stronger by cancer. Though they texted daily before breast cancer, they now talk and text multiple times a day to share support and tips on everything from treatment plans to the best techniques to use to shave their heads. 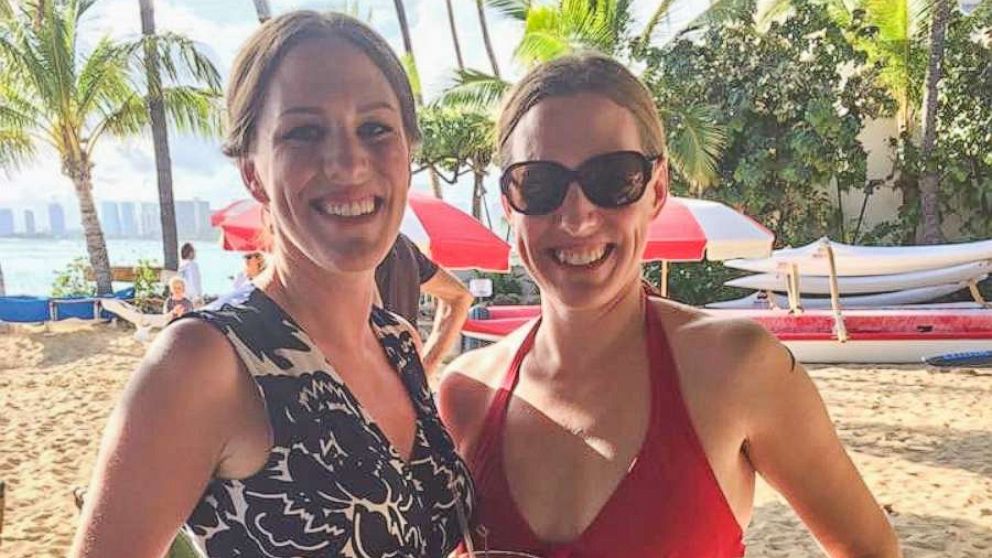 "We’re talking all the time," said Thompson. "Metta is being hit hard by her chemo so I’m there to discuss it and offer options from my doctors and just commiserate."

"I think that it just bonds you in a whole other way that you didn’t think you were going to be bonded in or ever wanted to be bonded in," said Siebert. "If there's one shimmer of light in this terribleness it’s that at least I have my sister with me."

The sisters have started a GoFundMe account to help cover the costs of treatment and missed work, especially as they prepare for their double mastectomies ahead.

Siebert and Thompson said they have learned that "cancer does not discriminate," as they were both in great health and led healthy lives before their diagnoses. Thompson won a silver medal in fencing at the 2008 Beijing Olympics. 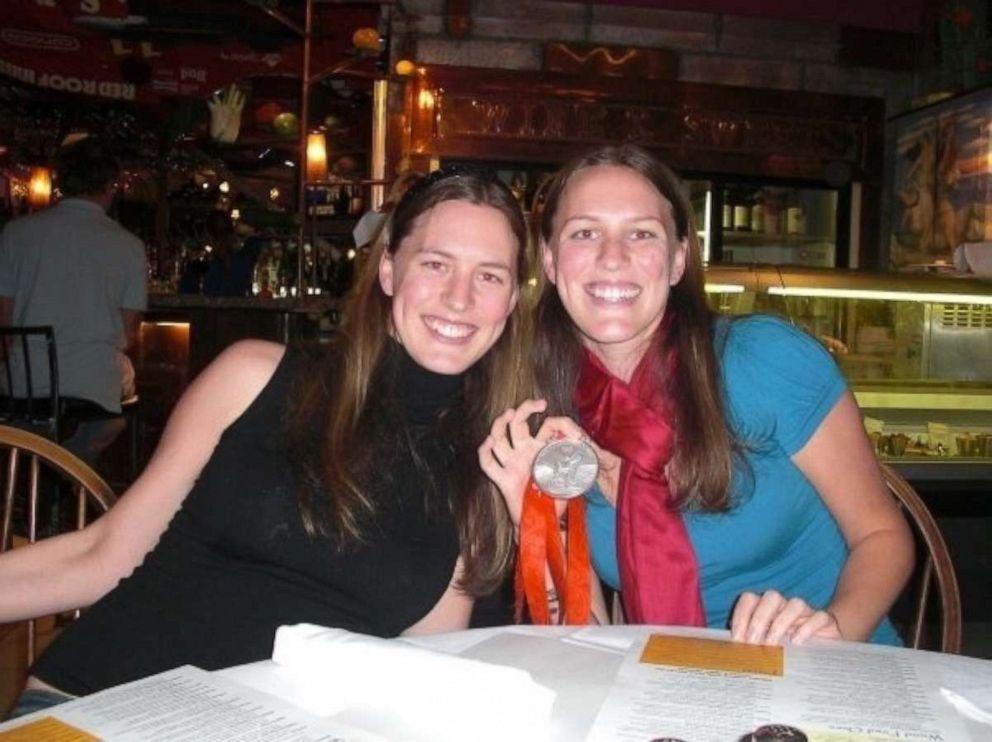 They also want people to learn from their experience and get screened for the BRCA gene mutation if they have a strong family history of breast cancer.

"It can save your life," said Siebert.