Gina Rodriguez is all laughs at the "Good Morning America" office. The actress is newly engaged and heading into the final season of "Jane The Virgin."

But the 34-year-old's smile fades when we bring up a topic close to her heart: period poverty.

Period poverty has come to describe the lack of funding for even the most basic of period supplies like pads and tampons. At least 500 million women and girls globally lack facilities for managing their periods, according to a 2015 report from the World Health Organization and UNICEF. That means not having clean places to manage their period with dignity, including something as seemingly basic as having a trash can available near a toilet.

It's a situation that most women in this country can't even imagine, Rodriguez noted, herself included.

"I was very lucky to not only have access but women around me who taught me not to be afraid of your own body," she told "GMA." "I told some of my girlfriends about this and they were like, 'No, That's crazy!' And I think that's how we all feel."

After learning about the stunning statistics and what's at stake, Rodriguez became a spokeswoman for Always, the feminine hygiene product brand, to raise awareness and spark conversations about solutions to period poverty. 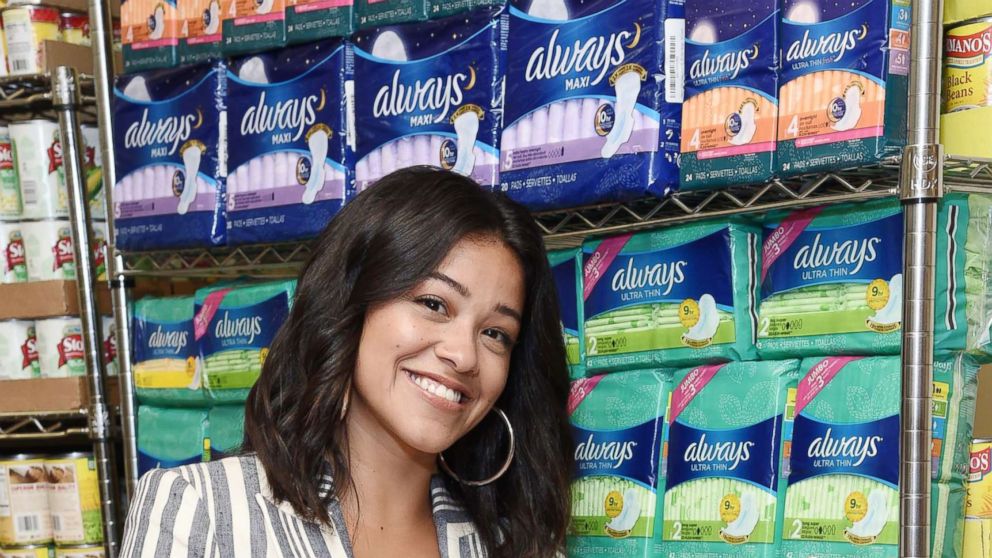 "We have a barrier happening in this country where young girls are leaving school due to their lack of access," Rodriguez said. "That's something we can fix."

"To think that the access to good education is already difficult for those that are economically challenged and to then bring more barriers that are so personal and uncomfortable for a woman. I am impassioned to rid those barriers," she continued.

In August, the Scottish government announced it would make period products free for all students, approximately 395,000 girls and women in all schools through college. The "world-leading action to fight period poverty" makes the country the first nation to make tampons and pads free for all school pupils, college and university students, the government said in a statement.

"While the primary aim is to ensure no young person misses out on their education through lack of access to sanitary products, it will also contribute to a more open conversation and reducing the unnecessary stigma associated with periods," Councillor of the Convention of Scottish Local Authorities Alison Evison said in a statement. 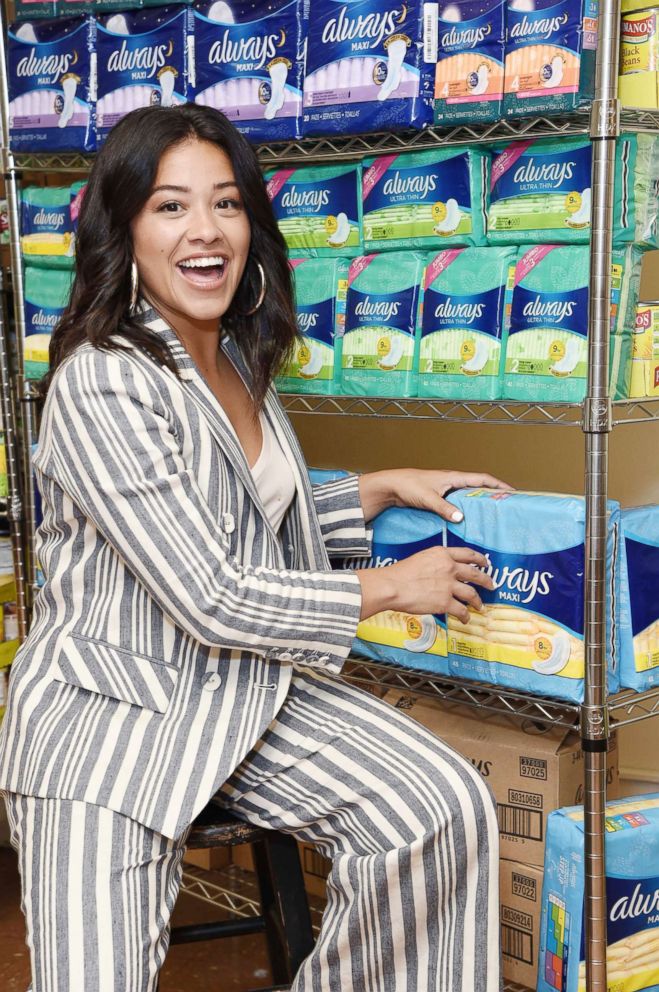 Education is an issue that is extremely important to Rodriguez. A first-generation college student, Rodgriguez is proud and grateful to have graduated from New York University's Tisch School of the Arts.

She credits her degree as the key to her success.

"When I was in college I used to say 'I'm gonna be discovered.' And I wasn't," she said laughing. "I definitely finished college. ... Forever cherish what education can bring you to."

The association between period poverty and lack of access to education is what drove Rodgriguez to join Always'#EndPeriodPoverty campaign. Always has pledged to donate an additional 15 million period products this school year through the Feeding America network of food banks and other partner programs, which provide food, toiletries and personal care products to those most in need.

Rodriguez shared a throwback photo of herself from her early years on social media to get the word about the campaign out and encouraged her fans to share.

"Throw up a picture on your social media of you during your teenage years with the hashtag #EndPeriodPovery," Rodriguez said on how to show your support. "Let's make moves and be productive."

The first day of school is a big day for girls around the country. Many will start a new school year filled with opportunities and possibilities. But some girls will skip school on their first day, their first week, or sometime in their first month – not because they are sick, but because they don’t have access to period products. Join me in the cause by posting a #throwback photo of yourself from childhood using #EndPeriodPoverty and @Always_brand – Always will donate an additional month’s supply of pads to a girl in need via Feeding America.