Two and a half years ago, Christopher Hasty was terrified to step on a scale knowing that it may tip over 500 pounds. On Sunday at Walt Disney World, he crossed the finish line of his first marathon and his fourth race of the park’s famous "Dopey Challenge."

Hasty, 31, began his weight-loss journey after battling his weight for years. When he met his now wife Casey, Hasty says he began to feel "purpose" and after years of trying and failing with diets, he decided for the first time to get serious about losing weight. 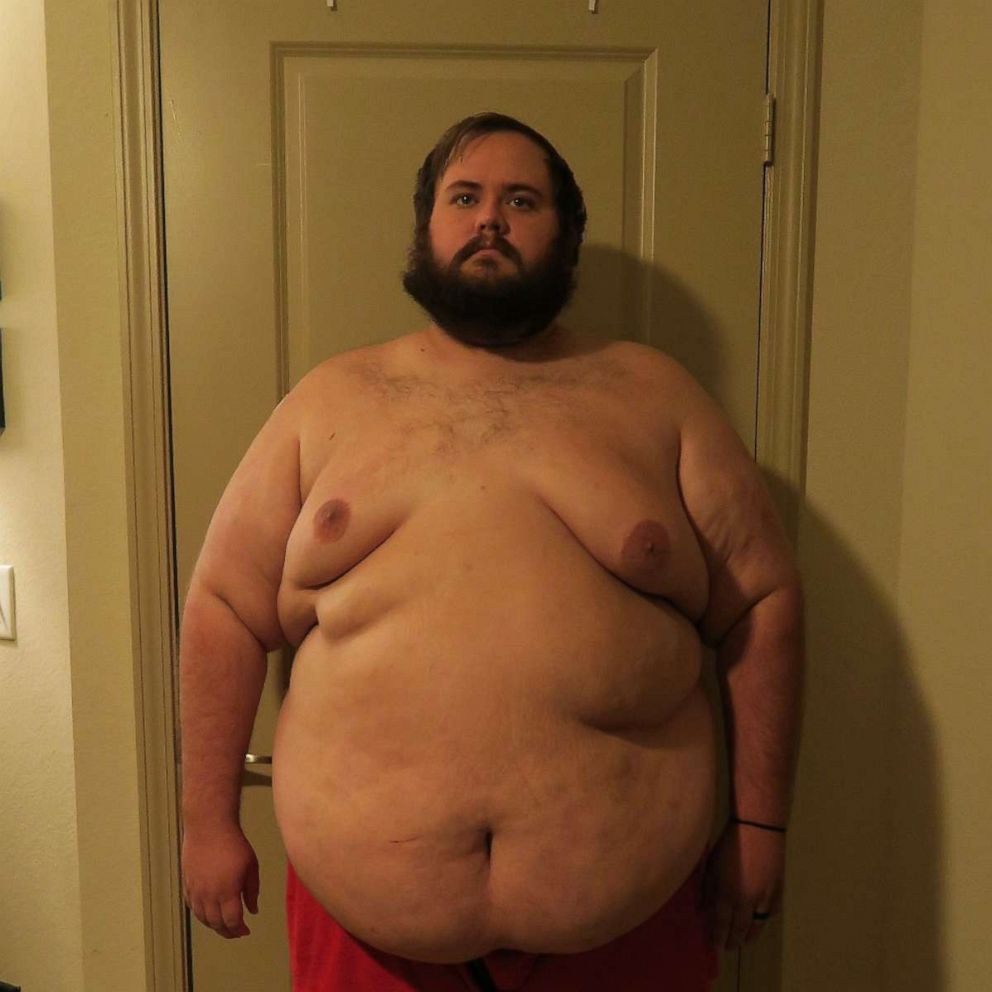 "For a long time I was content with being fat and dying that way," Hasty told "Good Morning America." "I met my wife and she gave me purpose. She loved me when I was at my worst. She gave me a reason to be better."

Hasty, along with wife and his doctor, decided that he would get duodenal switch surgery after weighing in at 462 pounds. The surgery entails removing a small piece of the intestines and reducing the size of the stomach.

(MORE: I lost 120 pounds on the keto diet. Here are my best tips, recipes)

Hasty had heard both success and failure stories about the weight-loss procedure and knew he wanted his to be a success. He got the procedure done in August 2017 and a month later, once recovered, he began running. 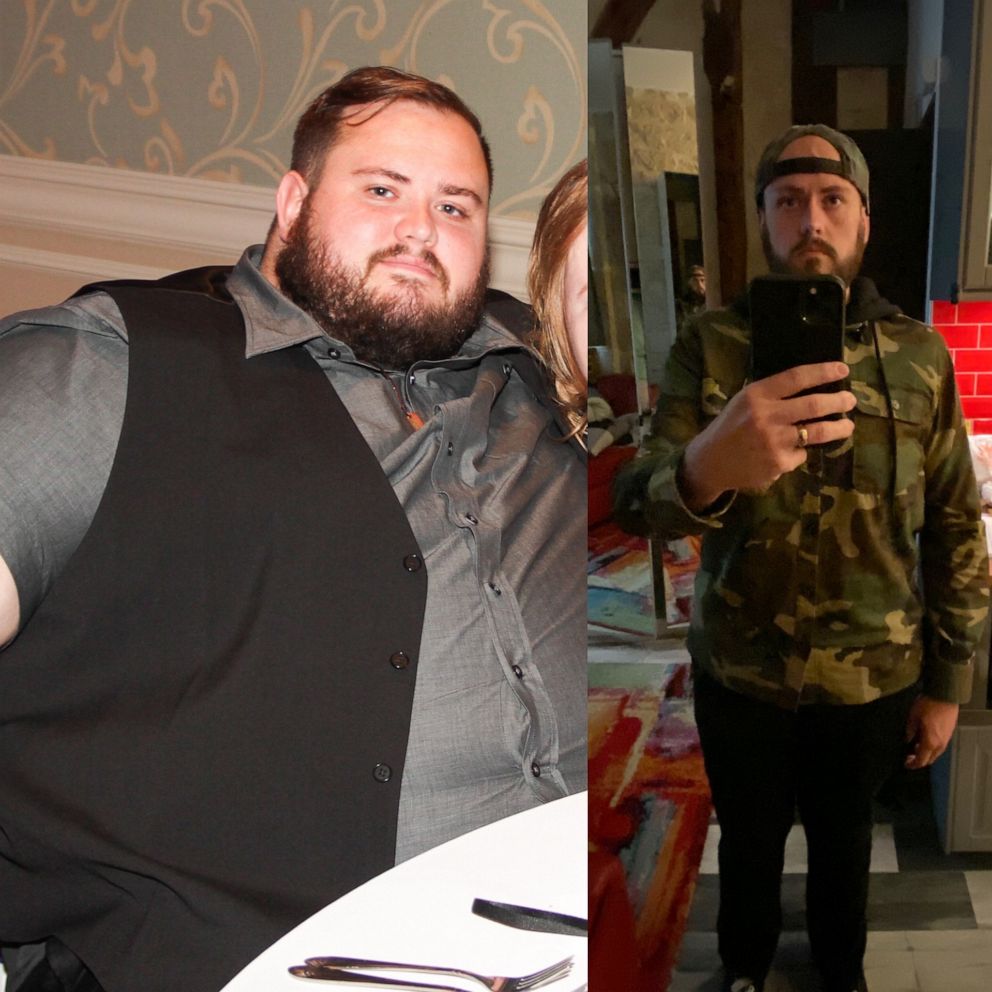 "When I lost the first 50 or 75 pounds something clicked," Hasty said. "I felt better every day. I wasn’t exhausted all the time. My will to live and enjoy life was different."

The change he saw made him determined to keep going. Hasty says he started going to the gym as often as he could and signed up for his first 5K race in his hometown of Clermont, Florida.

"When I ran my first 5K it took almost an hour," Hasty said. "I kept growing and getting healthier and my pace got faster."

After his 5K, Hasty signed up for a 10K race but two miles in he quit.

(MORE: From homelessness to Ironman: How this amputee made history at the Ironman World Championship)

"I went home and did a lot of soul searching and said, ‘You know you’re better than that and you didn’t come this far to quit’," Hasty said. "A lot of people struggle with the idea of failure. But failure is what pushed me into this marathon thing." 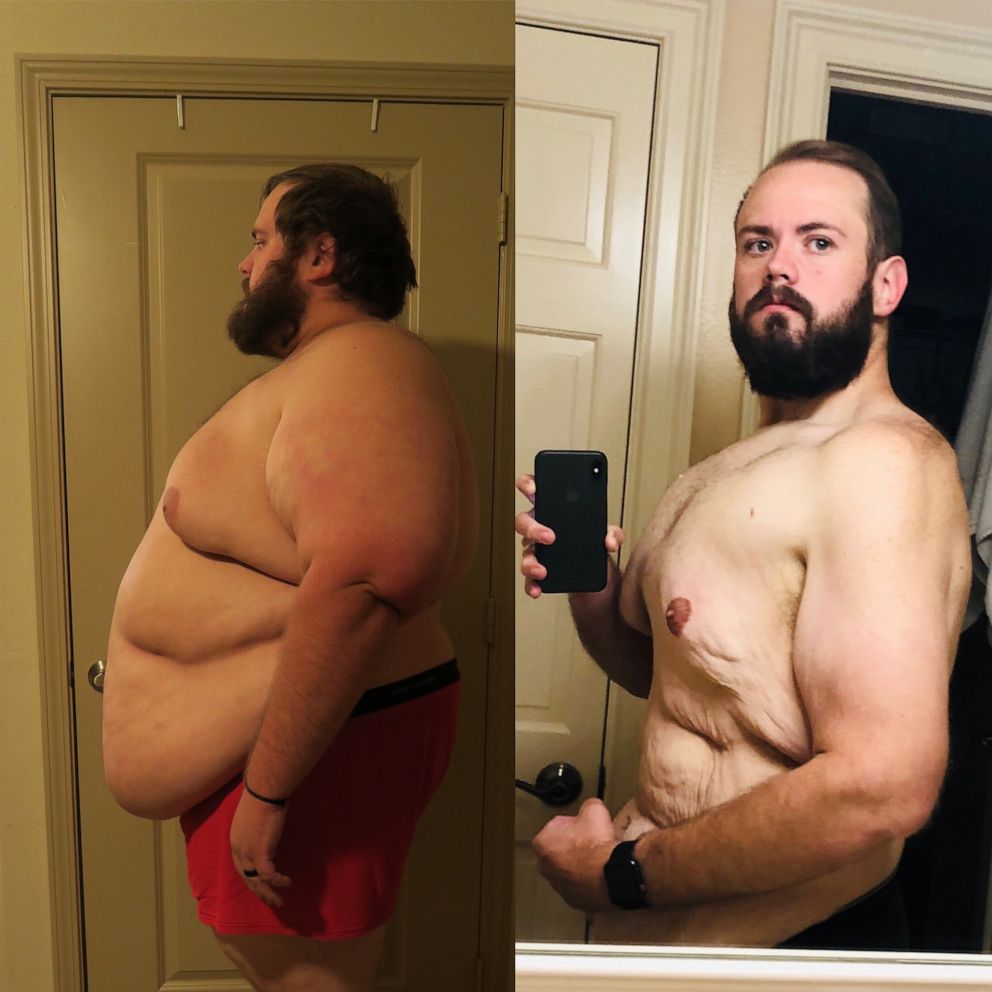 Hasty decided to try again and this time enter a 10K race at Disney World with some of his running buddies, but when he went to sign up the 10K race was full. Hasty said his only option of getting in the race was to sign up for both the 10K and the half marathon.

"You know what, I’m just going to go for it," Hasty thought. "The next day I’ll show up for the half marathon and whatever happens happens."

What happened was that in October 2018, Hasty completed both his first 10K and first half marathon within 24 hours of each other.

In April 2019, Hasty signed up for the Star Wars half marathon, and shaved 45 minutes off the time of his first. That’s when Hasty decided he wanted to do a marathon next, but not just any marathon, the "Dopey Challenge" at Walt Disney World. 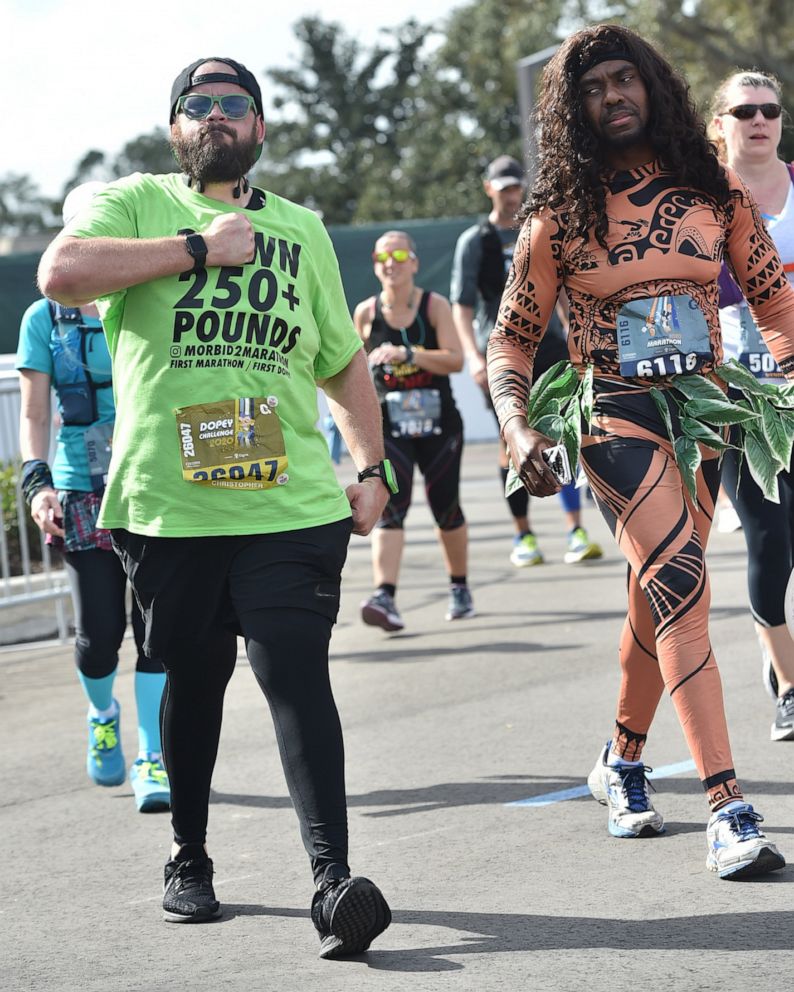 Walt Disney World
Christopher Hasty runs across the finish line of his first marathon to complete the "Dopey Challenge" at Walt Disney World.
(MORE: How these 3 moms each lost half their body weight)

The "Dopey Challenge" consists of 4 days of races starting with a 5K on Thursday, 10K on Friday, half marathon on Saturday and finally a full marathon on Sunday. Runners complete 48.6 miles over four consecutive days.

Hasty knew this was ambitious for his first marathon, but he also knew he wasn’t worried.

"Overshooting what I should be doing is how I’ve kept this train moving," Hasty said. "So I went for it."

Hasty began training for the races and even recruited four other people to complete the "Dopey Challenge" alongside him. By the time the first race came around, he weighed in at around 210 pounds, losing over 250 pounds total since he began his weight-loss journey in 2017.

Two years ago, Hasty called it quits two miles into a 10K. On Sunday, he crossed the finish line of his first marathon and his fourth race in four days for a total of 48.6 miles completed. 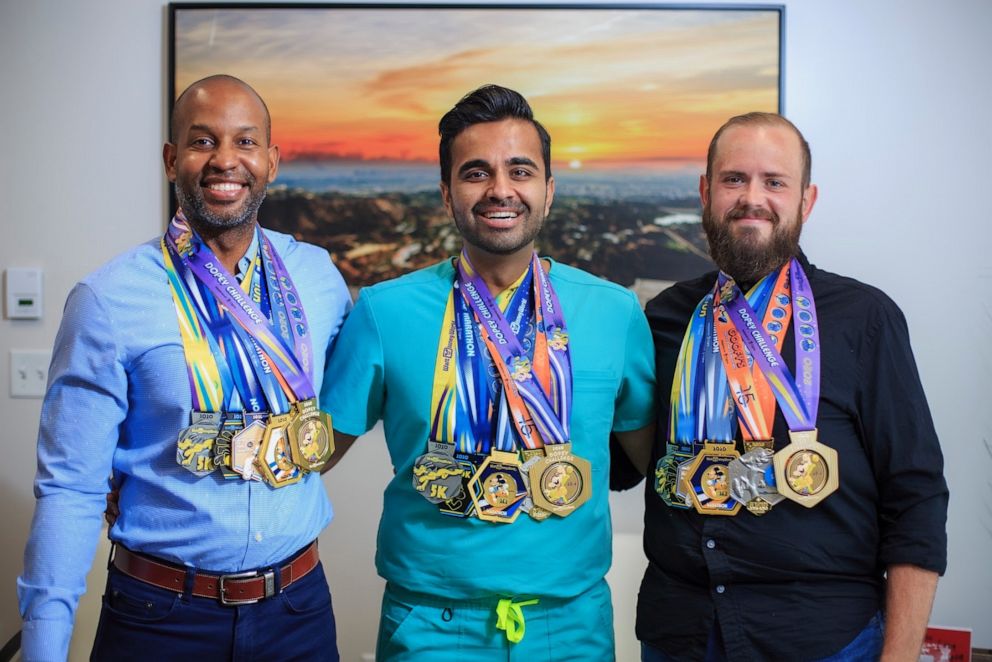 "It was definitely one of the hardest things I’ve ever done," Hasty said. "One of my friends was a volunteer at the mile 19 water station and when I saw him I had one of the biggest emotional releases I’ve ever had on a run. I ran up to him and cried. Then I got back out there and finished."

Hasty says his next goal is to begin to train for a half Iron Man and hopes to have skin removal surgery and ultimately get down to 199 pounds. He started an Instagram called @morbid2marathon to hold himself accountable during training, but also to connect with people who are looking to start weight-loss journeys of their own.