When Molly Waitz ran across the finish line of the New York City Marathon Sunday, she not only had to carry her finisher’s medal but dozens of ounces of breast milk she pumped along the way.

"I never thought I would [run a marathon] and the fact that I was able to do it while working full-time and caring for my child, it was just unbelievable," said Waitz, who gave birth to her first child, a son named Bode, eight months ago. "Anything is possible if you want to do it." 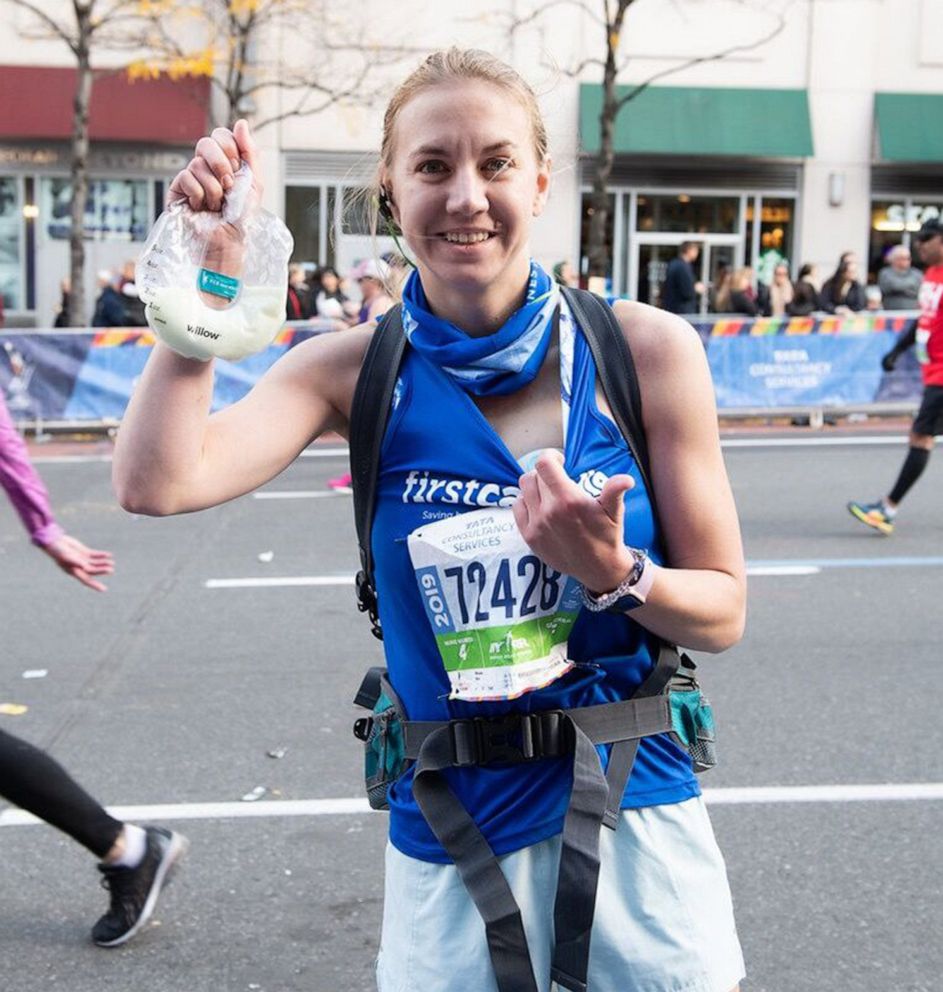 Waitz ran the marathon, her first, on behalf of First Candle, a Connecticut-based charity that raises awareness of Sudden Infant Death Syndrome (SIDS) and support for "families who have experienced a loss," according to its website.

Through the charity she learned about the Willow Breast Pump, a $499 wearable device that allows moms to breast pump hands free.

Willow provided Waitz with a free pump to try and Waitz decided to run 26.2 miles with it. Waitz stored the breast pump in her sports bra and ran as her breast milk flowed into a bag that sits inside the pump.

The pump is connected via Bluetooth to an app that would notify Waitz when a bag was full. She then popped the bag out of the pump and placed it in a backpack she wore during the race.

Waitz finished the race in six hours and 46 minutes, according to official race results, and pumped nearly 20 ounces of breast milk. 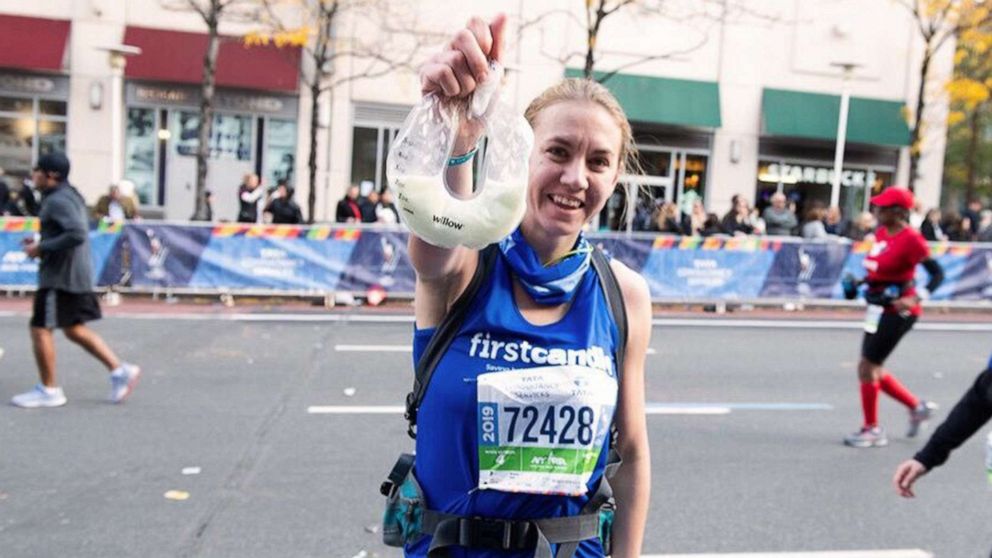 "I pumped for the first time somewhere between miles three and four and then I did it again right off the Queensboro Bridge, which was mile 16," she said. "I slowed down a little bit to do it but I didn’t really have to. You could do it blindfolded."

(MORE: I breast pumped while running an Ironman race and was floored by the responses online)

Waitz said she hopes she sends a message to other moms that anything is possible, but notes that she pumped while running the race out of pure necessity.

Because the marathon is so large, runners race in different waves. Waitz left her hotel at 5 a.m. but did not start running until around 11 a.m.

She said she did not make it back to her hotel on Sunday until around 6 p.m.

"I wanted to do the marathon and the necessity was figuring out how I was going to do it," she said. "There’s a lot of stigma about how should you feed your child. That’s not what I wanted to get across by doing this." 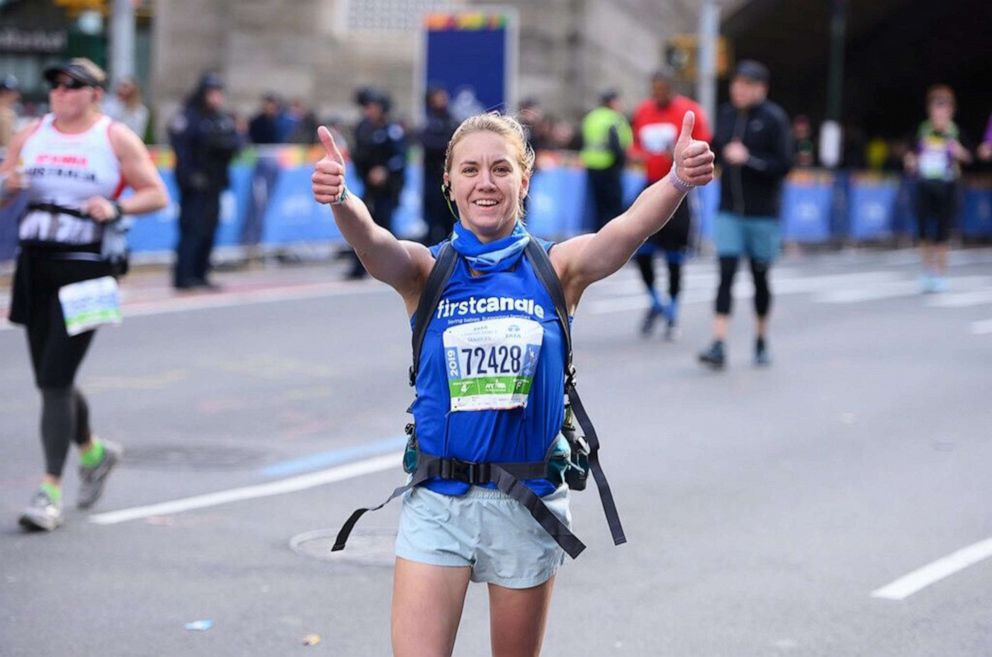 "It’s not that what I was doing was the best thing for every child," she added. "They just need to have a happy parent and be loved. Whatever you can provide for your child is what’s best for them."

Waitz follows in the footsteps of other super mom runners who have managed to produce food for their child while at the same time accomplishing major physical feats.

Last year, Sophie Power of London was photographed stopping to breastfeed her 3-month old son while completing the 106-mile Ultra-Trail Mont Blanc race in the Alps.