Emelia Herrera met her newborn daughter Selina for the first time on May 9, the day before Mother's Day and more than one month after Selina's birth.

"[My mom] put her in my arms and I couldn’t stop crying," Herrera, 30, of Houston, told "Good Morning America" of the moment she met her daughter.

Herrera, also the mom of a 3-year-old daughter, gave birth to Selina on April 8, shortly after she was admitted at 35 weeks pregnant to a Houston hospital with suspected COVID-19. Herrera, who later tested positive for the illness caused by the novel coronavirus, was immediately put on oxygen but still lost consciousness.

When Herrera woke up more than one week later, she learned she had undergone an emergency c-section and delivered her daughter, who was born healthy and later tested negative for COVID-19. 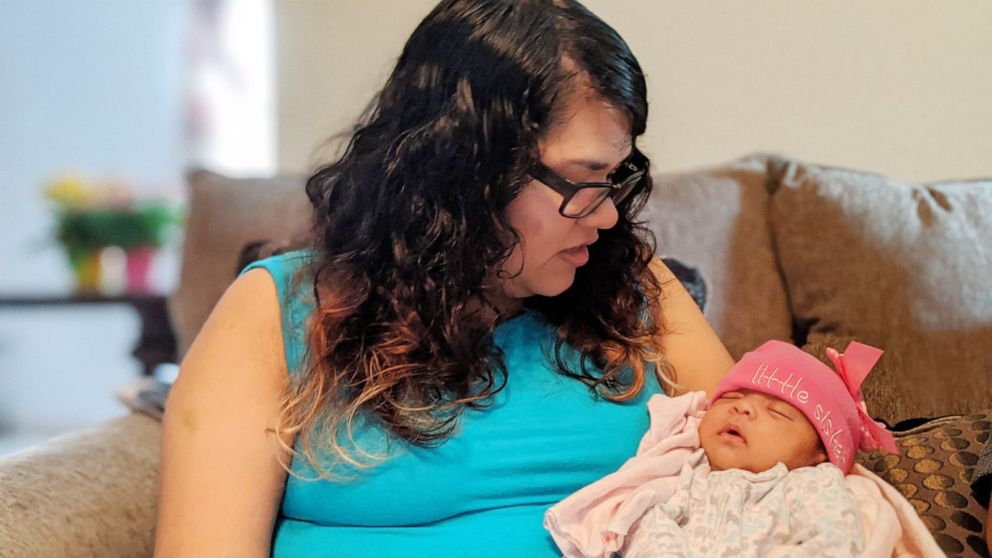 Houston Methodist
Emelia Herrera, 30, did not meet her newborn daughter Selina for one month due to COVID-19.

While Herrera remained in the ICU and on a ventilator, her newborn daughter was discharged from the hospital and went to stay with Herrera's mom while her husband continued to quarantine.

Only able to see her two daughters and husband via video calls, Herrera found another way to bond with Selina in particular.

Music therapists at Houston Methodist, where Herrera was treated, recorded her heartbeat and set it to a lullaby, "Twinkle Twinkle Little Star" so that Selina could listen to her mom's heartbeat. They also recorded Selina's heartbeat for both Herrera and her husband and set it to the song "1,000 years," which was their wedding song. 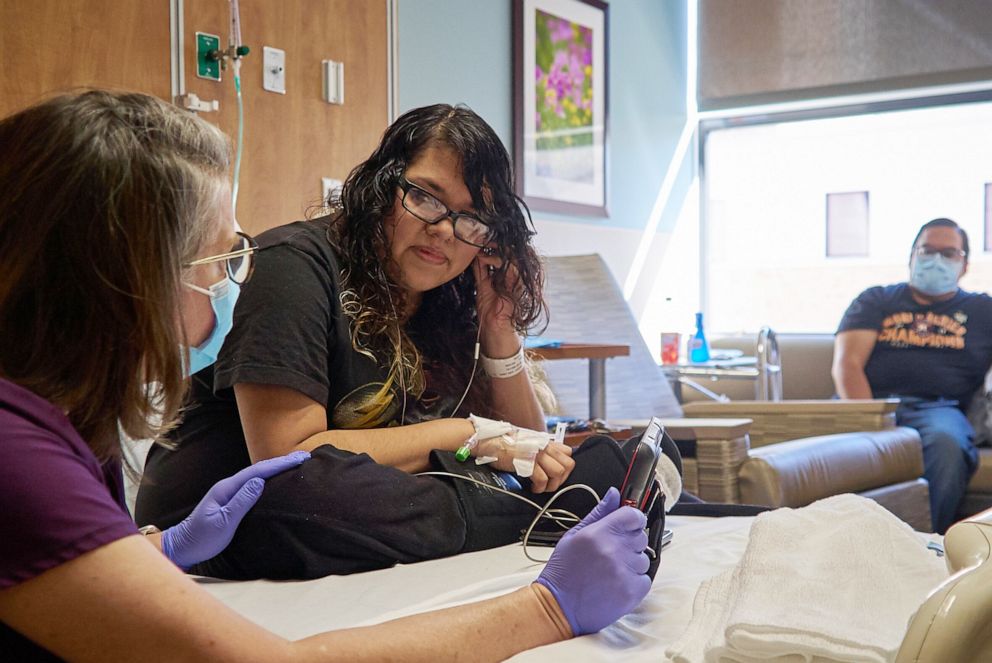 The therapists from the hospital's Center for Performing Arts Medicine (CPAM) also combined the Herreras' heartbeats and set them to the song "Running Home to You," a meaningful song picked by the couple.

Herrera listened to the heartbeat songs daily in the ICU as motivation to recover from COVID-19 and return home to her family.

"It helped me so much, in many ways," Herrera said. "My motivation was to be back home with my girls and husband."

Music therapist Virginia Gray was brought on to help Herrera process the trauma of her battle with COVID-19. As soon as Herrera became strong enough, Gray worked with her to record a message to Selina and select the songs, which were sung by music therapists because Herrera's voice was still too weak to sing.

MORE: 31-year-old postal worker and mom of 3 dies from COVID-19 one week after giving birth

"I wanted her to know symbolically that she is still a mom even if she can’t be with her baby," Gray told "GMA." "It doesn’t mean that she is not that baby’s mother and not sending love and nurture to the baby."

Gray said the heartbeat song also had benefits for Selina, who never got to do skin-to-skin or breastfeed with her mom. 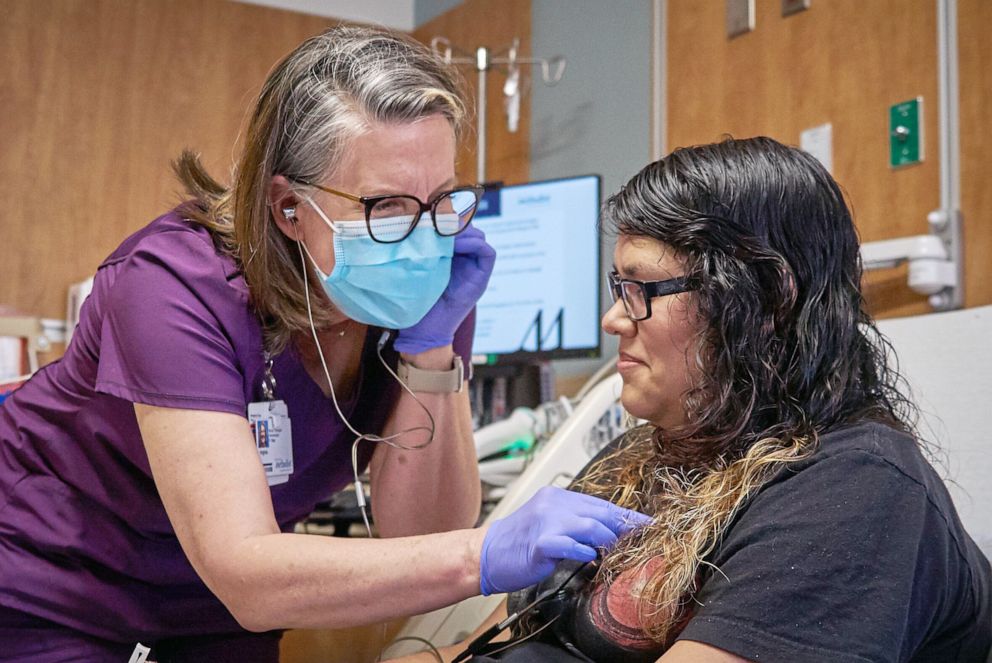 "When I asked Emelia if she wanted to do it, she said, ‘Yes, of course, because she knows my heartbeat," Gray added. "She recorded, 'I love you Selina,' because that’s what she said to her in utero." 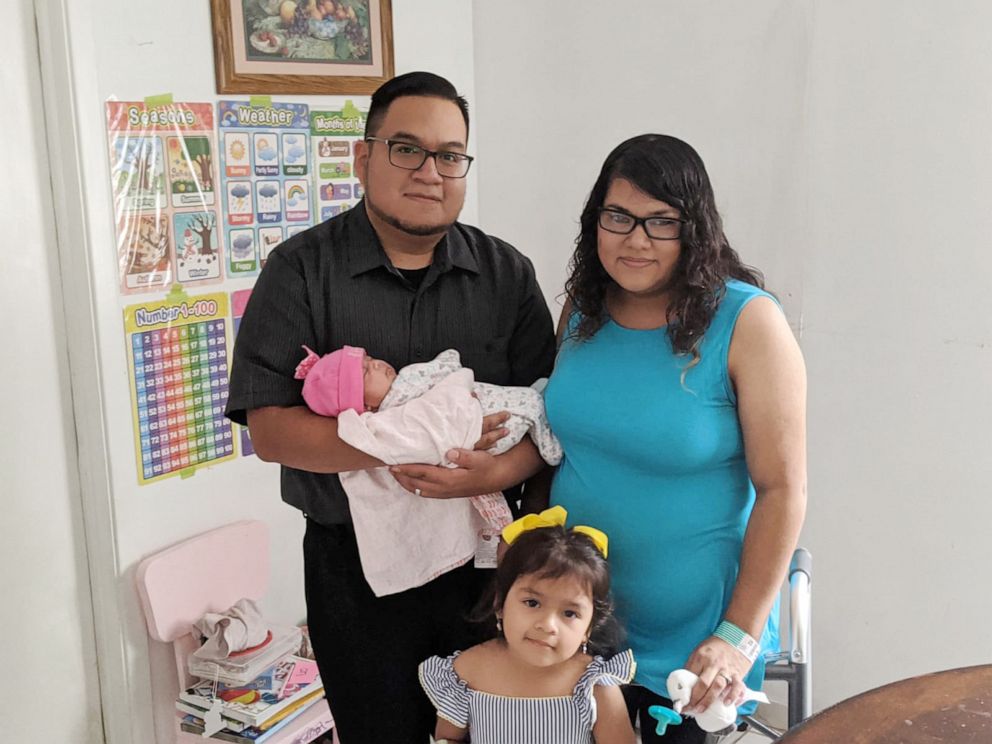 Houston Methodist
Emelia Herrera, 30, did not meet her newborn daughter Selina for one month due to COVID-19.

Herrera is still recovering at home, relying on her mom and her husband for help. She suffered nerve damage that has left her unable to walk without the help of a walker and is still too weak to hold her daughters.

Though she faces more recovery ahead, she called the fact that she was able to spend Mother's Day at home with her two daughters "amazing."

"I’m just so thankful that I’m alive and that I’m able to see my daughters through and be part of their lives," said Herrera. "I’ve seen so many similar cases to the one that I had and most of them died. That’s what impacts me the most, that I could have died." 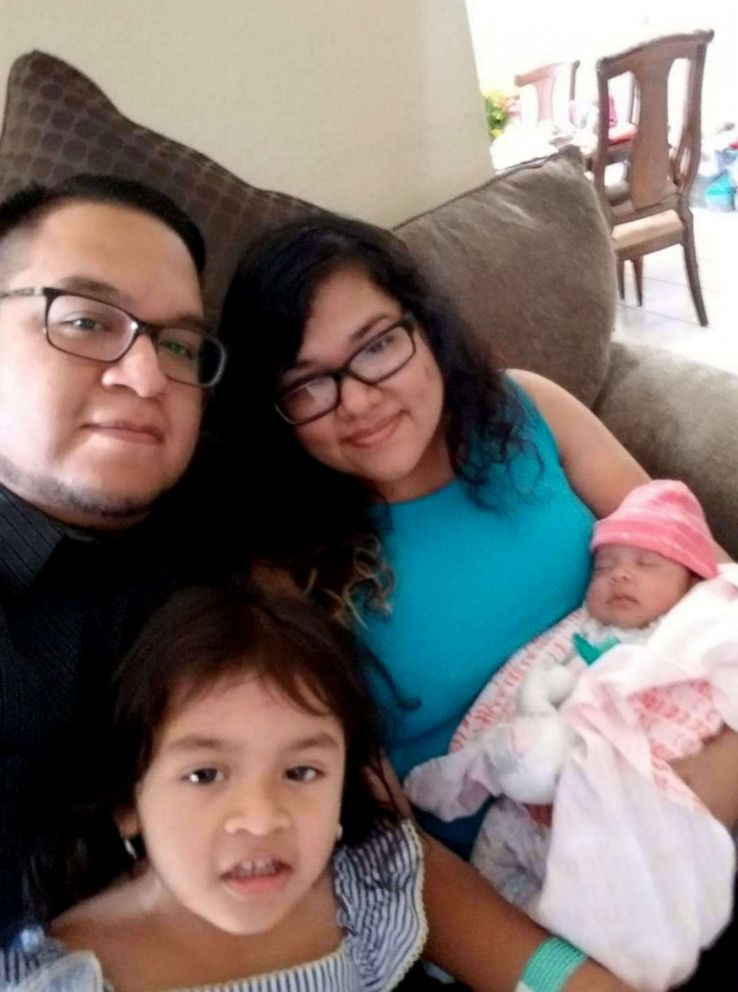 Courtesy Emelia Herrera
Emelia Herrera, 30, did not meet her newborn daughter Selina for one month due to COVID-19.

Herrera also said she does not know how she contracted COVID-19 and wants to send a message to people to take the coronavirus pandemic seriously.

"It makes me upset that a lot of people think it’s like the flu and are not taking it seriously," she said. "I was taking all the precautions and it still got me."