A mother-daughter duo are sharing their story in the hopes of highlighting the importance of knowing your family's health history and the inherited cancer risks in the Black community.

Patricia Via, from Martinsville, Virginia, was 55 years old when she found out she had stage 2 breast cancer. She felt a lump after administering a self-breast exam one day and went in for a mammogram, but her doctor didn't find anything out of the ordinary.

"They didn't see cancer," Via told "Good Morning America." "But I could feel it."

She went in two more times before a doctor found the cancer in her left breast by performing a needle biopsy in 2009.

After going through rounds of chemotherapy, doctors also found precancerous cells in Via's right breast. She then decided to have a double mastectomy surgery to remove both of her breasts. 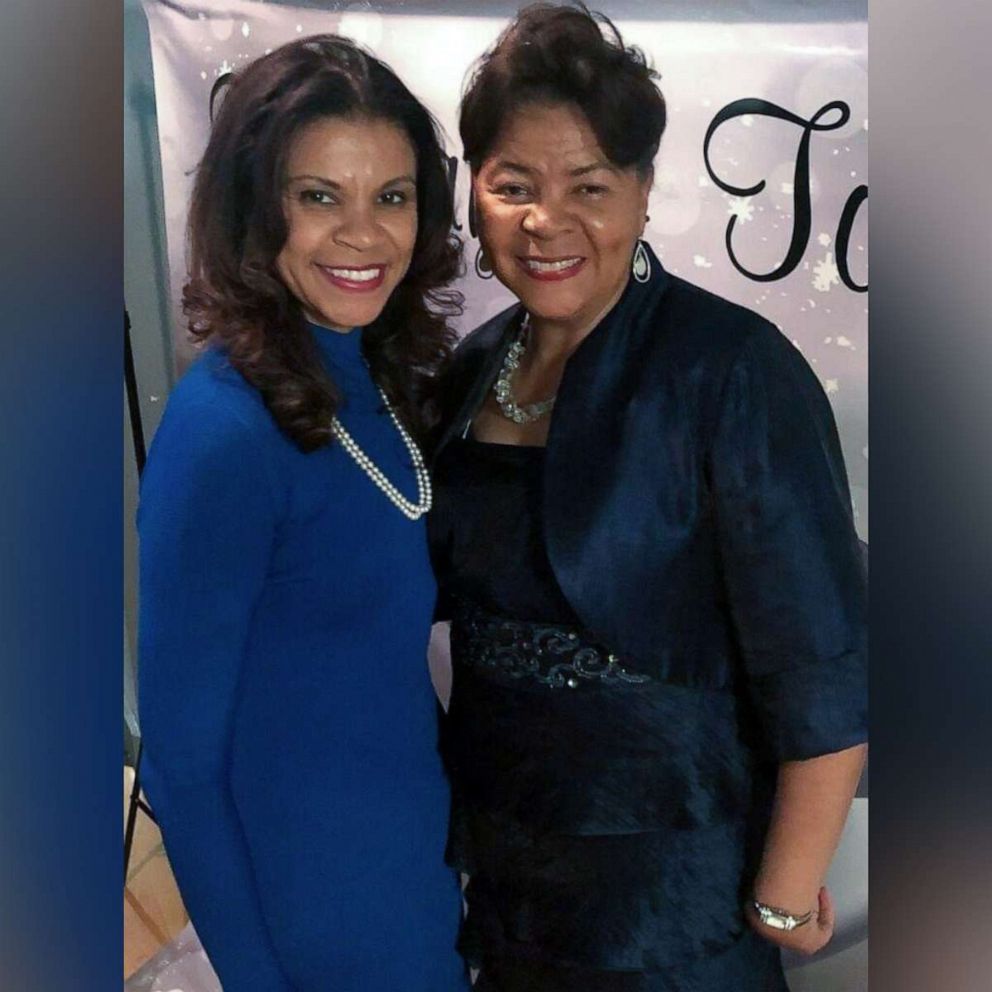 Via, now 67 years old, has been cancer-free for 12 years since then, and her personal experience has led her to actively advocate for breaking the stigma around speaking about health issues. It's something she believes can save lives -- and something she wishes her own family had done.

Her family has a long history of cancer. Via's father died of esophageal cancer, her younger sister died of ovarian cancer, and her mom and aunt died of breast cancer. Her older sister currently has uterine cancer.

"It was not discussed at all," Via said of her relatives' cancer diagnoses and any health issues they had in general. "The word 'cancer' was like a death sentence. They wouldn't discuss it with us and they wouldn't tell us this is what's going on."

Her mother, Myrtle Lee Carter, received a misdiagnosis in the 1990s when she was 66 years old, she said. Carter's doctor told her they saw something that wasn't right during a routine check-up, but it was OK and not something she needed to worry about.

Getting a second opinion is key

"I actually have a letter from my grandmother," Via's daughter, Telesa Via, 49, told "GMA." "She knew she was not in a good place but in that letter she wrote to me, she basically said, 'I'm fine. The doctors have told me that I'm fine.'"

Carter's complete trust in her doctor's initial diagnosis and lack of follow-up is not unusual. 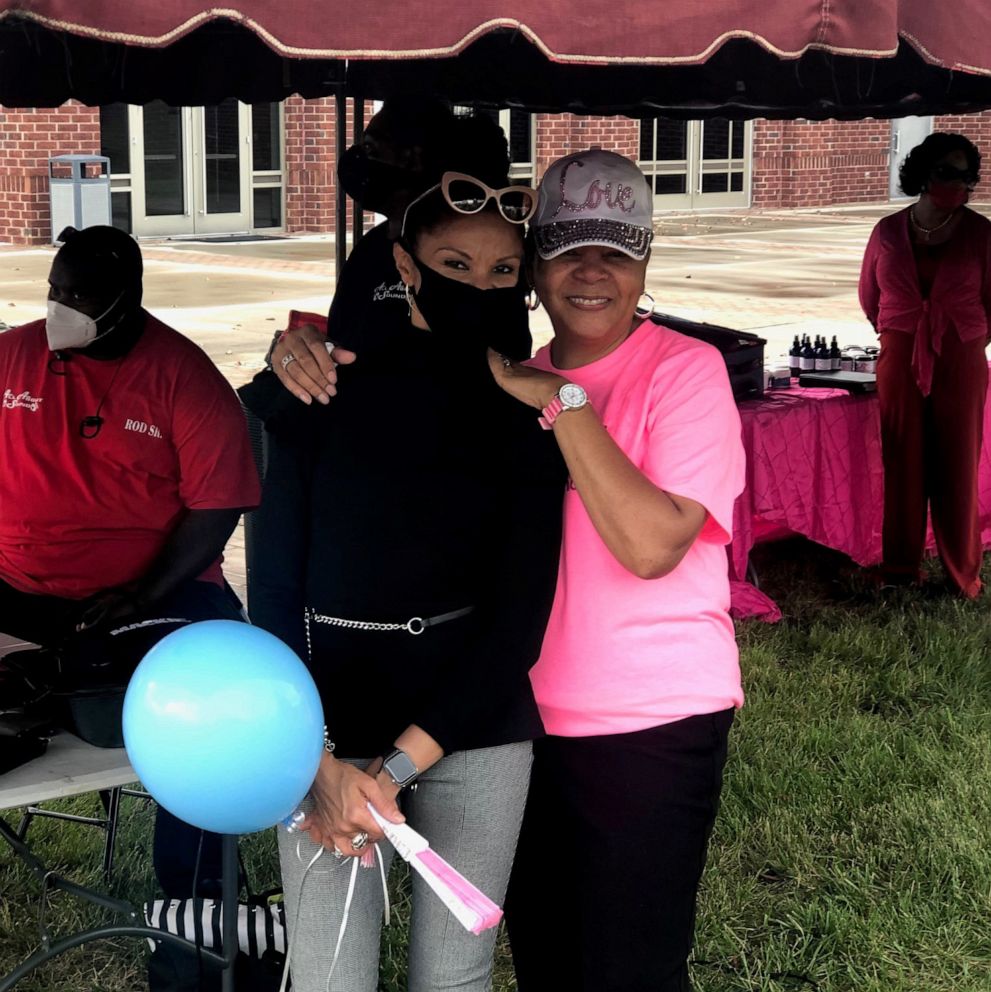 When Carter's sister died due to cancer, Carter was prompted to go in for a mammogram. But by the time she went in, it was too late.

"The cancer had spread across the shoulder, down her back, and a little area on the rear," Via said. "It spread to her lungs and that's what killed her. That's what opened my eyes."

"If someone sees something, you don't just take the doctor for their word because something is something and you need to figure out what it is," Telesa Via said. "Early detection can save lives. In my heart of hearts, I truly believe that if we would have addressed it, then my grandmother would probably still be with us today."

The importance of education and genetic testing

Patricia and Telesa Via are both firm believers that genetic testing -- finding out what health conditions you may have the genes for -- goes a long way toward early detection and prevention.

A study by the American Cancer Society found that Black women are more likely to die from breast cancer than white women and have more incidences of cancer that has spread. Another study by JAMA Oncology found that 1 in 8 breast cancer patients have genetic variants linked to cancer.

After finding out that she had breast cancer, Patricia Via also found out she had the BRCA2 gene mutation, a variant on the BRCA genes people inherit from their parents that may cause cancer.

"Then after I went through my surgery and my treatments and all that, I said hey, I want to check my family," she said. "My sisters and my nieces, I had them all tested and all of them were carrying the gene."

Because of the testing, Via's youngest sister found out she had stage 3 ovarian cancer early on. She lived for nine more years after that before she died from it. 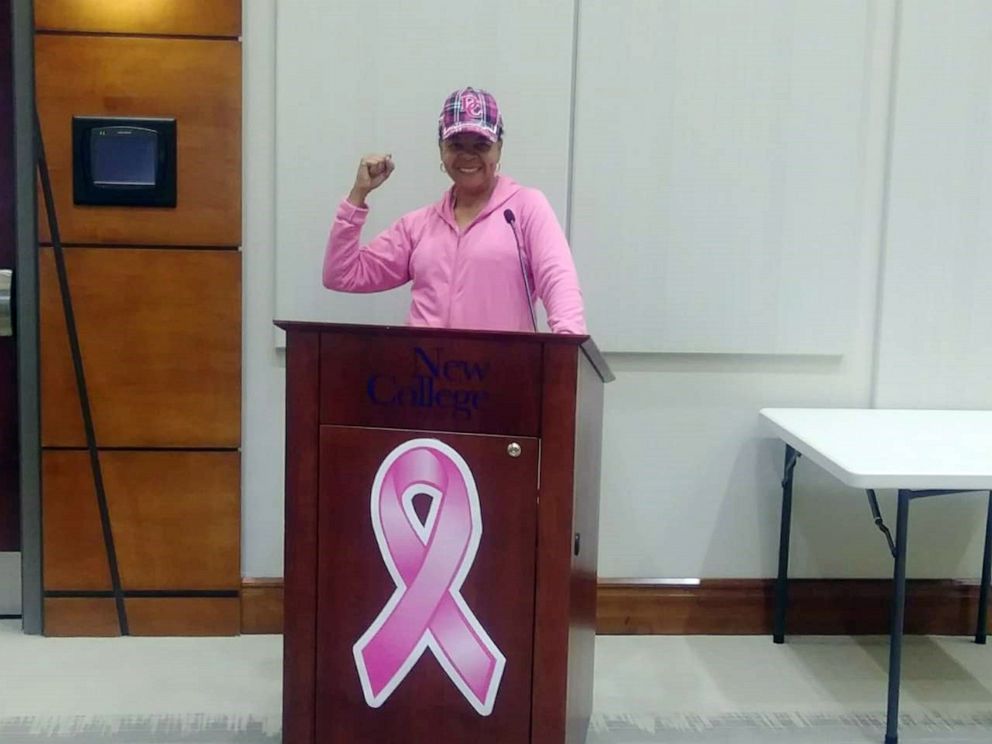 Courtesy Via Family
Patricia Via, 67, from Martinsville, Va., is pictured in an undated handout photo.

"The gift behind it is that we got more time to spend with her because of this education," Telesa Via said. "She was stage 3 at that point. Had we not have caught it, I don't know how much longer she would have had to live -- not the time that she was given."

Telesa Via, who has the BRCA2 gene herself, decided to be proactive about her prevention by removing her ovaries in October 2016.

"That took my chances from 80-something [percent] to 40-something," she said. "And every six months I go to either get my physical with my high-risk cancer doctor, or my mammogram, or my MRI."

Six months after her double mastectomy, Patricia Via also had her ovaries removed for preventative purposes.

"I pushed to be tested. I pushed to do all this," she said. "Had I not completely done what I did do, I would have been like the rest of the family. But I was just determined -- there's hope and I'm going to fight, and that's what I did."

MORE: Breast cancer disparities: Black women more likely than white women to die from breast cancer in the US

After the family's initial testing for the BRCA2 gene over a decade ago, Patricia and Telesa Via recently did more testing with Invitae, which offers genetic testing at affordable price points. Invitae's screening checked 61 genes for mutations that increase cancer risk. In their case, they only tested positive for one.

"It's so important to be tested, and to live a long, long, long life," Patricia Via added.

"If you carry the genetic mutation, days are like years in your life," Telesa Via said. "So you want someone to have a choice, to make decisions to do the correct things. And sometimes, time is not on your side."

Patricia and Telesa Via recommend getting testing done as early as mid-20s, but emphasize that education prior to getting the test is also important.

"If you don't provide the knowledge and you get the test, it can emotionally be very heavy on you," Telesa Via said.

In any health journey, making sure you have a support system in place is one of the best things you can do for yourself, both mother and daughter noted.

Patricia Via calls her daughter her "little trooper" and said she was there "every step of the way."

"When my mom was diagnosed with cancer, we made a pact that there's no journey without mom and I doing it together," Telesa Via said.

She added, "It's important to understand that you have to have a caregiver along the way. You can't comprehend everything that someone is telling you and really take action because it's overwhelming. It's a lot."

MORE: How a failed breast cancer detection led to the #CheckYourself movement

According to Telesa Via, during the visit where Patricia Via received her cancer diagnosis, her mom took all those feelings and wanted to use them to help others, too.

It was that moment that birthed the idea for the MLC Cancer Foundation, named after Patricia Via's mom.

"I've been given a second chance to live and I really believe it's for a reason," Patricia Via said.

MORE: October is Breast Cancer Awareness Month: What to know about the latest developments in breast cancer research, treatment and prevention

The foundation has three areas of focus. The first is direct and indirect financial assistance for patients' expenses incurred during the cancer journey. The second is genetic mutation education so that people can be aware of what they may be predisposed to.

The third part is making sure people remember the word "can" is in cancer and providing them with support, whether that be connecting them to resources or just making sure they know they're not alone.

"When I saw my diagnosis, when I saw the word 'cancer,' the only thing I really pinpointed on was c-a-n. I can do this," Patricia Via recalled. 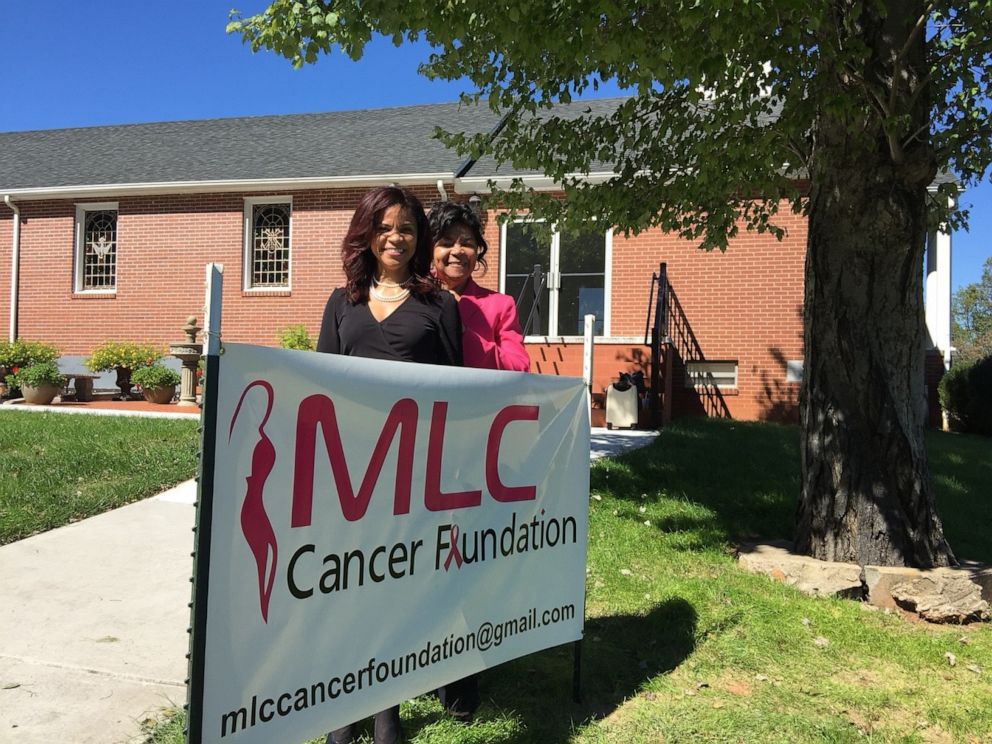 The nonprofit started out with an annual symposium in October for breast cancer awareness month, with guest speakers to touch on best practices for managing your health, ways to promote healthy living, and cancer awareness and support.

The event also includes a fundraiser aspect, and in 2019, it raised over $20,000 to assist cancer survivors with their expenses during treatment.

Other events include fundraisers for younger children who have cancer around the holiday season and general ones that provide educational information on genetic mutations and testing.

One of Patricia and Telesa Via's main goals for the foundation is to have a mobile testing unit at their events where people can get tested after learning about the importance of doing so.

Having a testing unit readily available would lend an actionable element to the events and take away any extra work attendees would have to do afterward on their own.

"You have to create the situation for people to listen and to act on immediately," Telesa Via said. "If they have two more minutes of a delay, it will not be done."

Patricia Via hopes to continue to educate the general public and push the importance of getting tested, knowing your numbers, and the value of exercise and proper nutrition.

"You have to take your life in your own hands," she said.