By Nicole Pelletiere
Video by Elissa Nunez
Share —
Sign up for our newsletters to get GMA delivered to your inbox every morning!

It was late March in 2017 when Madalyn Massabni flew home from college to spend her 19th birthday with her mother.

Dawn Massabni, a mom of two from Rumson, New Jersey, said she was looking forward to celebrating with Maddy, whose smile could light up a room.

At the time, Maddy was studying fashion at Lynn University in Florida and had dreams of working backstage at runway shows. 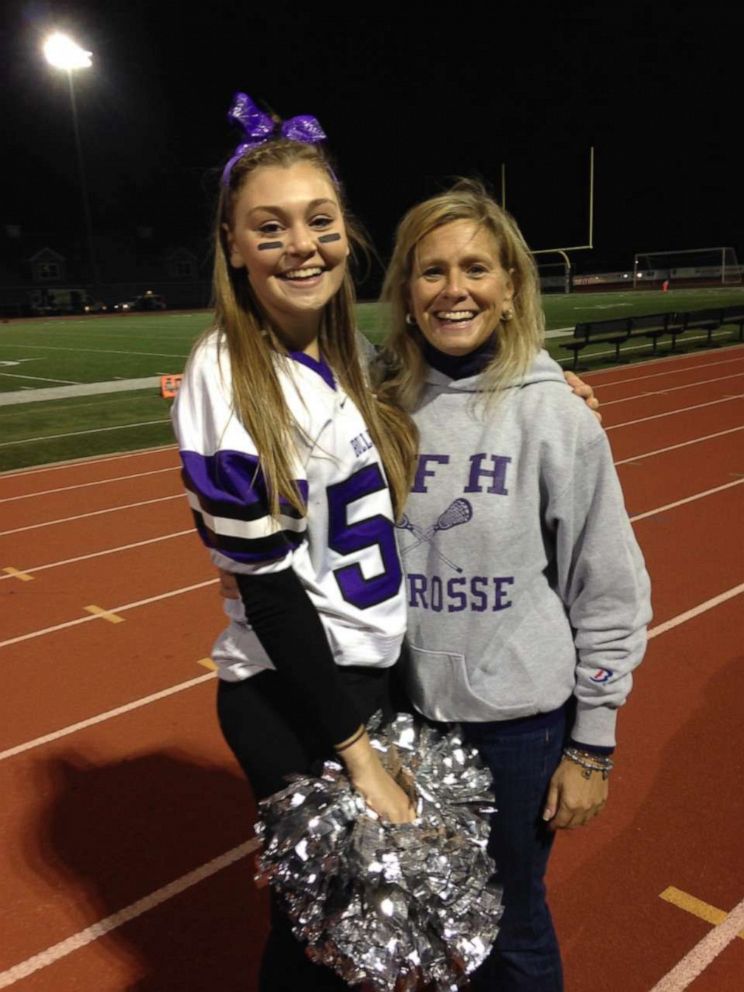 Dawn Massabni
Madalyn Massabni, 19, is seen with her mother, Dawn , in an undated photo.

"She dressed how she wanted and didn't fear judgement. She did a little modeling and she loved it," Massabni told "Good Morning America." "She was on the cover of a magazine. And her favorite thing to do was be at the beach -- even in the winter, she'd bundle up.

"She had this contagious laugh, so when she walked in, people would say, 'Oh, Maddy is here.'"

On March 27, Maddy's birthday, she and her mother went out to dinner. Massabni said Maddy wasn't feeling well when the two got home. Maddy got sick, but rested in hopes she'd improve.

Editor's Picks
(MORE: My son died from positional asphyxia in a car seat. Here's what parents need to know.)

"I said, 'We'll go to the doctor first thing in the morning,' Massabni recalled. "The next morning she could hardly respond to me and she couldn't speak. I don't even know if she knew who I was and I called 911 right away."

Massabni said first responders arrived to her home, but at that point, Maddy had experienced a seizure. 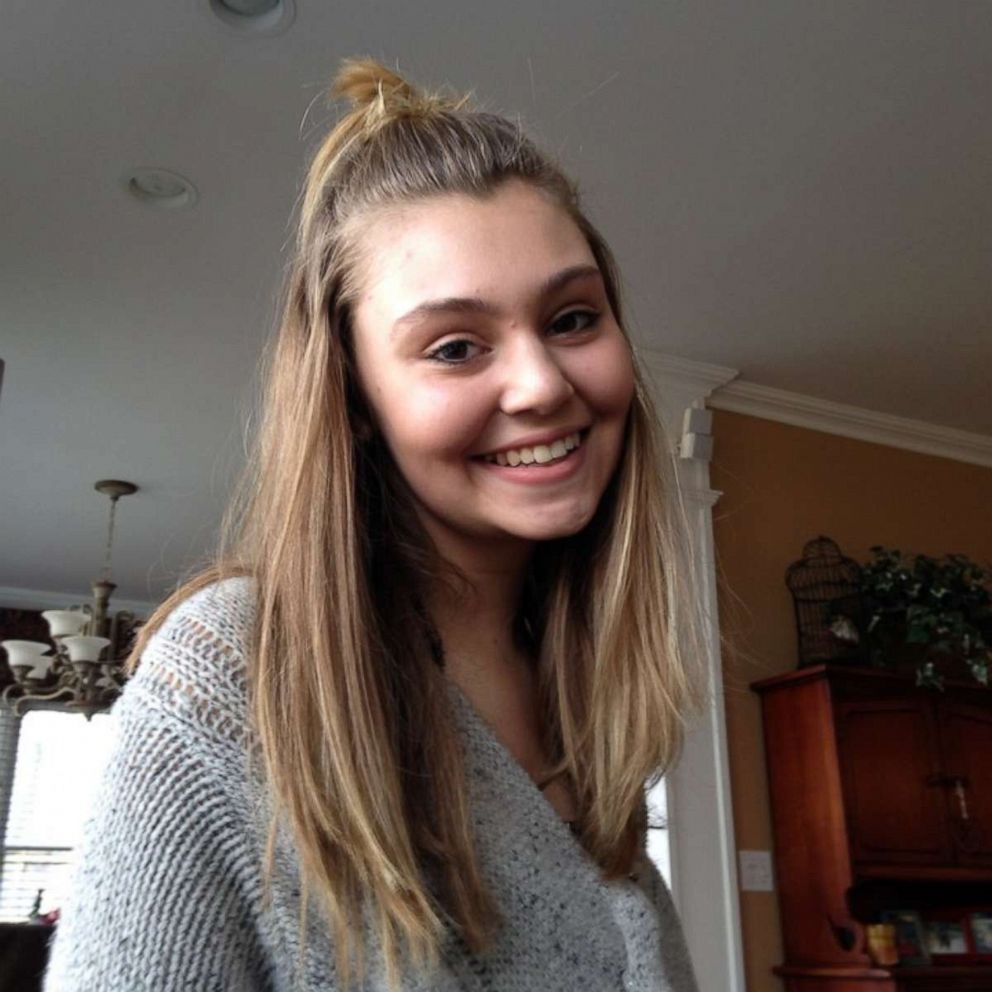 "I was holding her and she looked at me and closed her eyes ... I was yelling, 'I love you so much. Please don't leave me,'" Massabni said. "She had a heart attack in my arms and stopped breathing."

Maddy was brought to the hospital, and doctors tried to revive her. The following day, the teen's health took a turn for the worst. Her family made the decision to take off ventilators, and she died March 30, three days after her 19th birthday. 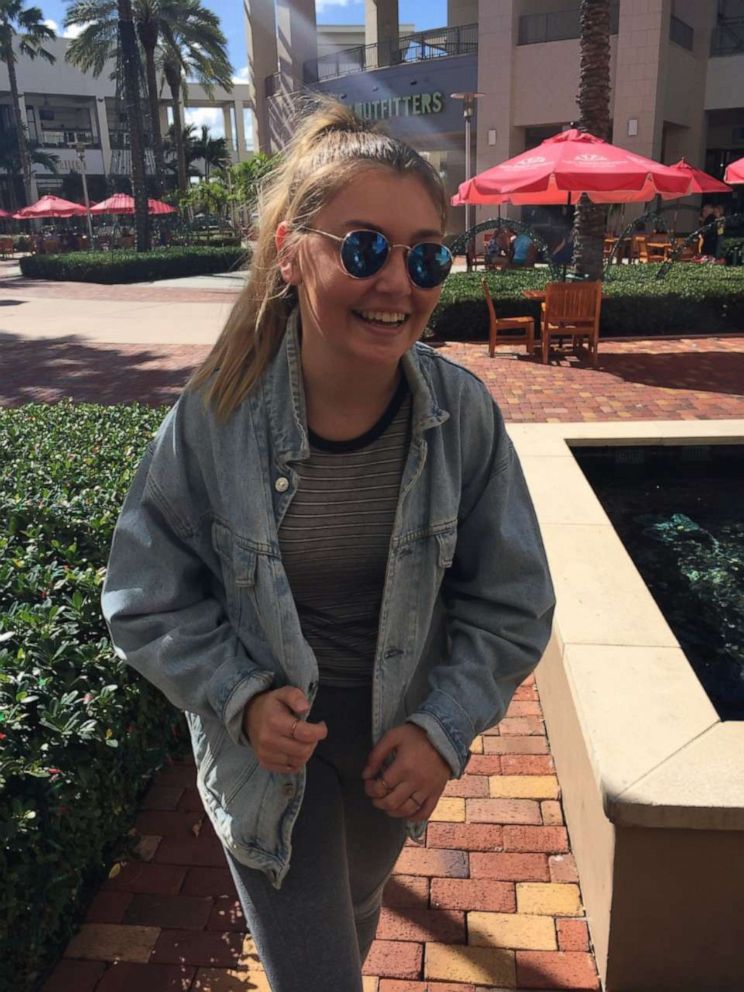 A tearful Massabni said life hasn't been the same for her and her son, Georgie, since losing Maddy.

"The three of us were very close, extremely close. She would talk to Georgie several times a day. They did everything together," Massabni said. "He had to say goodbye to his sister. I don't know how he graduated, but he did. He went on to grad school and when I asked him, 'Why?' He said, 'I want to make Maddy proud.'" 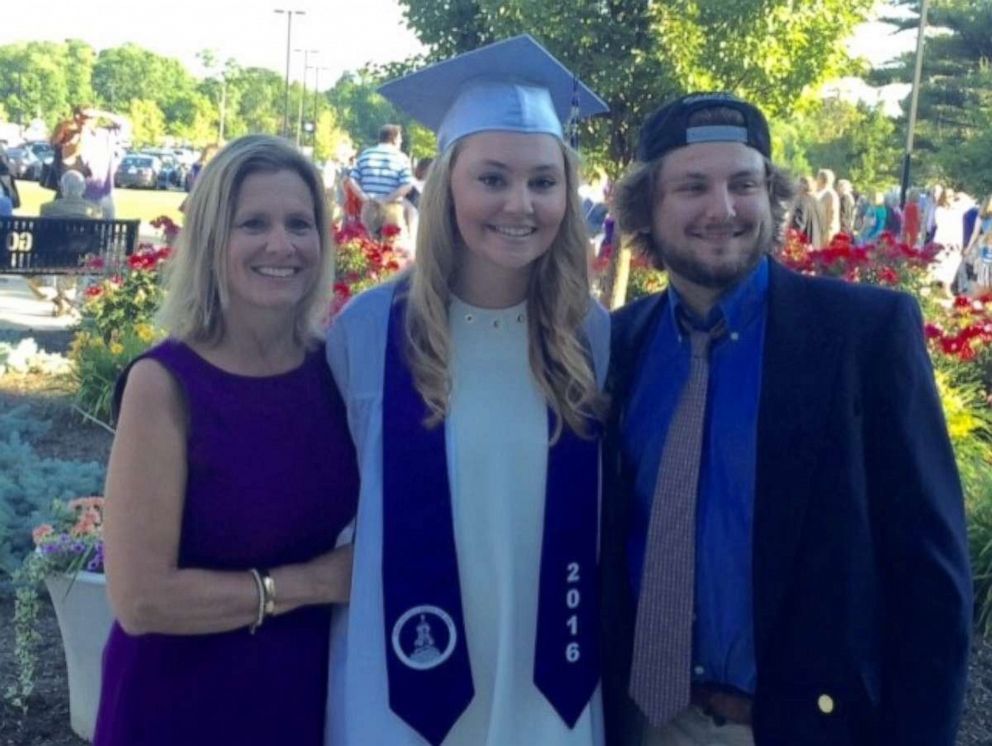 Dawn Massabni
Madalyn Massabni, 19, is seen with her mother, Dawn and brother Georgie, after she graduated high school

"It's been torture and hell since the day she left me," she added. "I miss her so much. I miss hearing, 'I love you, Mommy.'"

Maddy had her period over the course of her sudden illness and was using tampons. Her official cause of death was Toxic Shock Syndrome, Massabni said.

(MORE: I'm a cautious mom who had a hot car scare. Here's my plea to parents and lawmakers.)
(MORE: This Congresswoman nicknamed 'period lady' is on a mission to give all women access to period products)

What is Toxic Shock Syndrome?

Toxic Shock Syndrome is a rare but serious illness caused by some types of staphylococcus bacteria. Not all TSS cases are linked to tampons, but women who use them are at greater risk. Women who are not menstruating, men and children also may contract TSS due to infections associated with skin or surgical wounds, according to the National Organization for Rare Disorders.

The American College of Obstetricians and Gynecologists told "GMA" that leaving a tampon in your vagina for too long is a risk factor linked to TSS. In some cases, TSS can result in the amputations of fingers or toes or limbs, or even death. 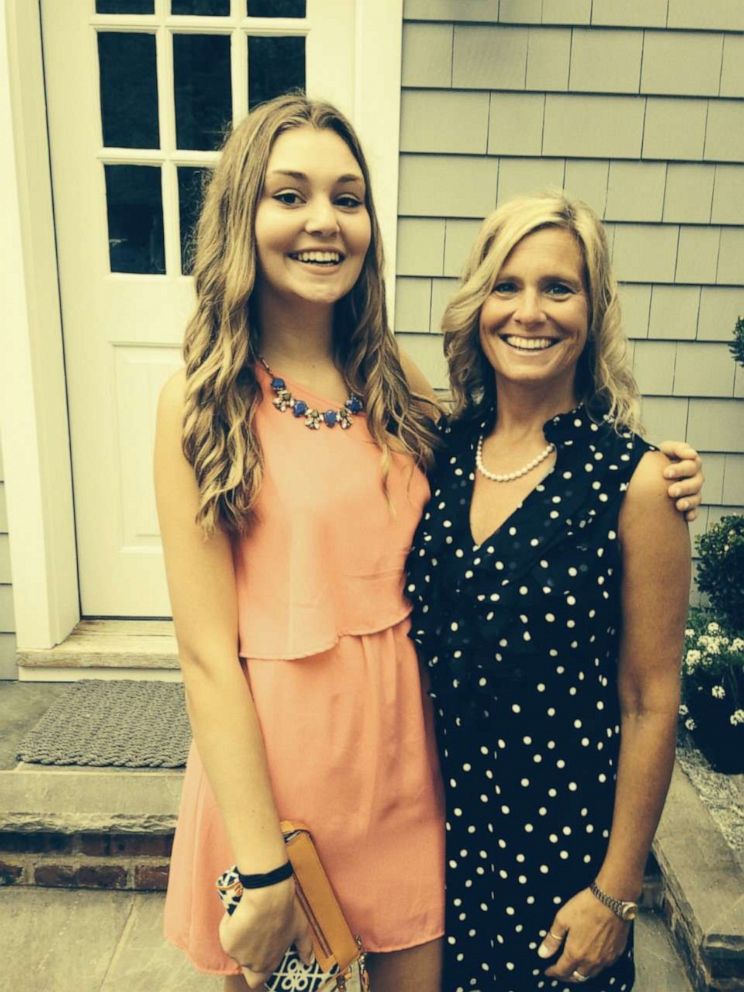 According to the the National Center for Biotechnology Information, cases of menstrual and non-menstrual TSS are estimated to be around 0.8 to 3.4 per 100,000 people in the United States. If left untreated, it can be fatal.

"While the mortality rates have decreased over the past two decades, they still vary from 1.8 [to] 12%," the NCBI states on its website. "For those patients who are misdiagnosed or the treatment is delayed, the mortality can exceed 50%. For this reason, healthcare workers should be aware of the disorder and even if they do not manage it, should be able to make a prompt referral."

The ACOG recommends that women should change tampons every four to eight hours. 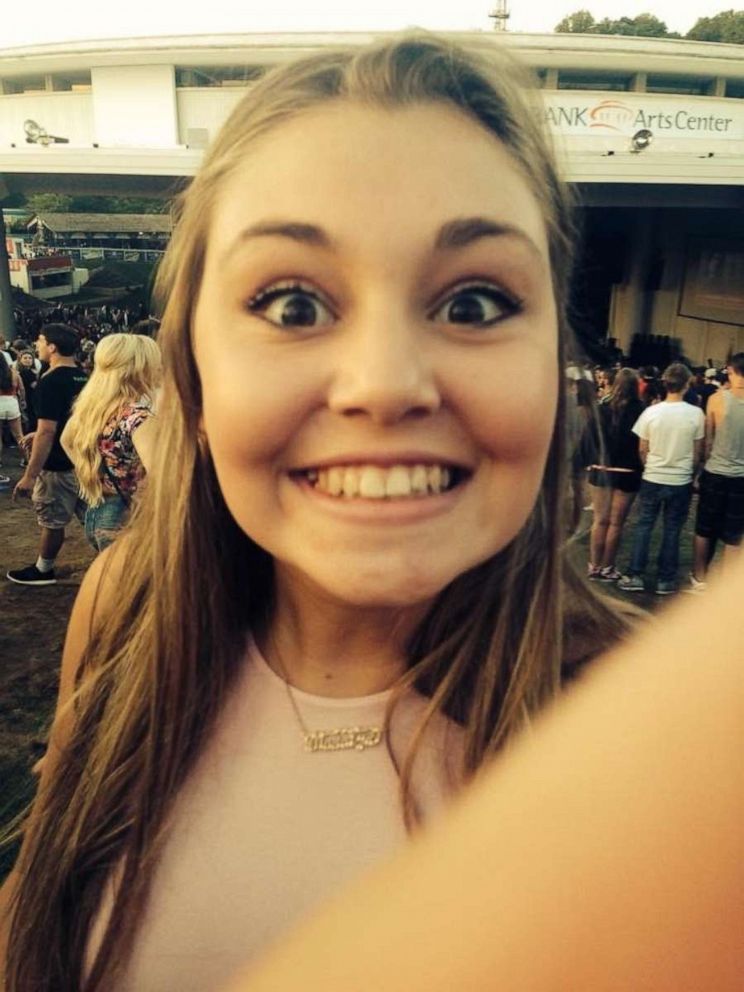 Dr. Jacques Moritz, medical director of Tia Women's Health Clinic in New York, told "GMA" that it's also important for women to learn early signs and symptoms of TSS to recognize it as soon as possible.

"The culprit seems to be these super absorbent tampons and it seems to be time-related, meaning the longer it’s in, the more of a chance it happens," said Moritz, adding that there aren't enough reliable studies on TSS in association with tampons. "Bacteria causes it. [If] super absorbent ones are going to stay in longer, the longer you can forget that it is in. And if you don't have leak-throughs, women could forget." 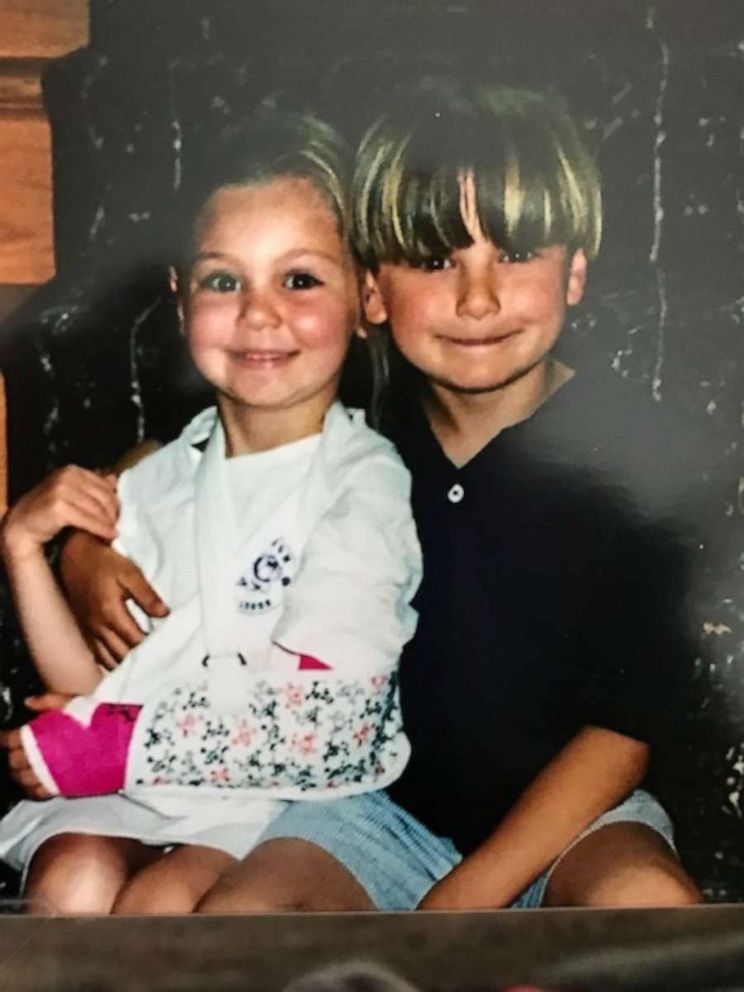 Dawn Massabni
Madalyn Massabni, 19, is seen with her mother, Dawn and brother Georgie, in a childhood photo.

Here are potential symptoms of TSS, according to Moritz and to the ACOG:

• Low blood pressure
• Fever
• A rash on the palms, soles or any place on the body that looks like a sunburn
• Body aches
• Vomiting
• Diarrhea
• Confusion

'It's a horrible death that can be prevented'

Since Maddy's death, Massabni has made it her mission to educate women and girls on TSS and safe tampon use by speaking at schools and universities.

Her 501C3 foundation, Don't Shock Me, was created in honor of Maddy to spread awareness on the infection.

On Nov. 14, Massabni had a meeting with the Food and Drug Administration, to discuss potentially new regulations for tampon manufacturers. 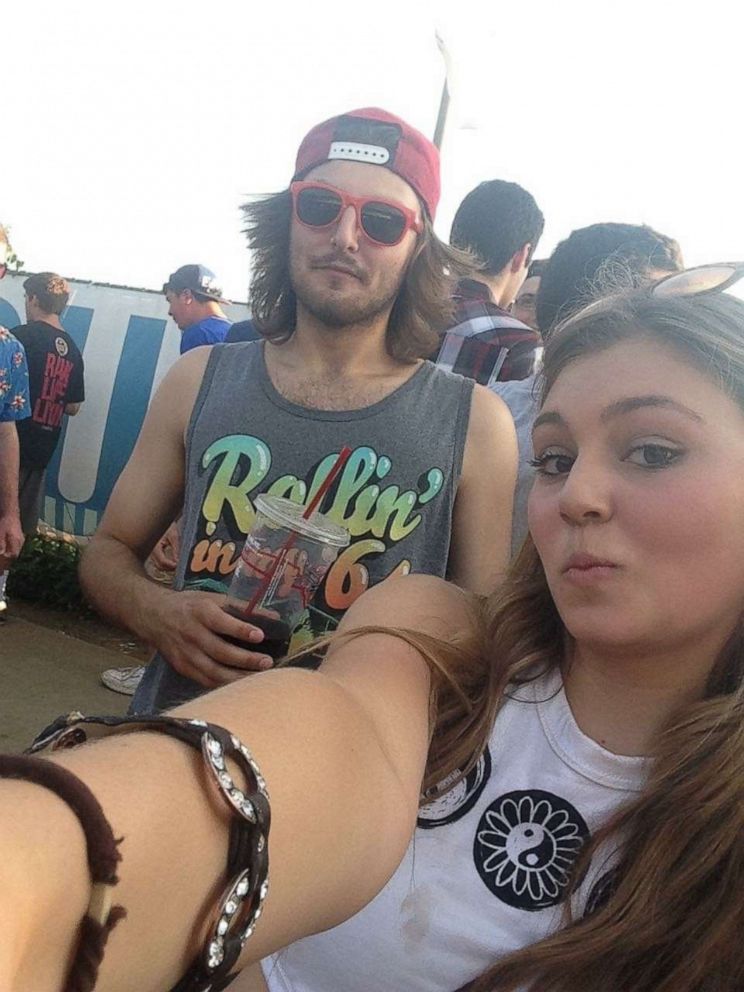 Dawn Massabni
Madalyn Massabni, 19, is seen with her mother, Dawn and brother Georgie, in an undated photo.

Currently, the FDA's code of federal regulations on user labeling for menstrual tampons states that if TSS risks, warning signs and information on when to seek medical attention is "included in the package insert," then the following alert should appear legibly on the package label:

"Attention: Tampons are associated with Toxic Shock Syndrome. TSS is a rare but serious disease that may cause death. Read and save the enclosed information." 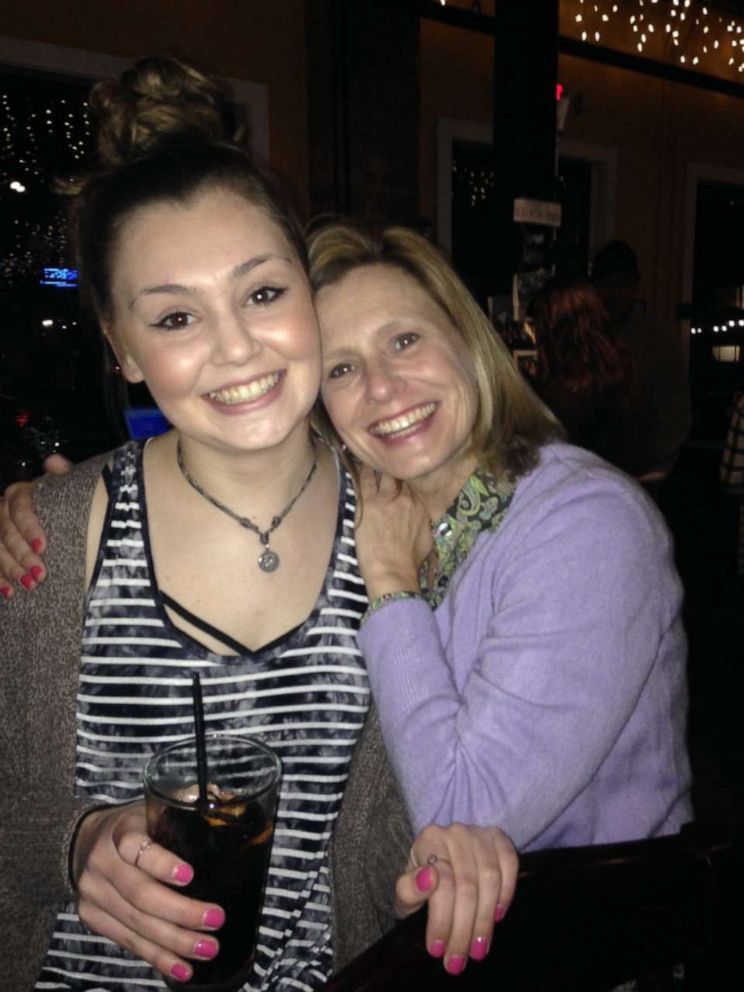 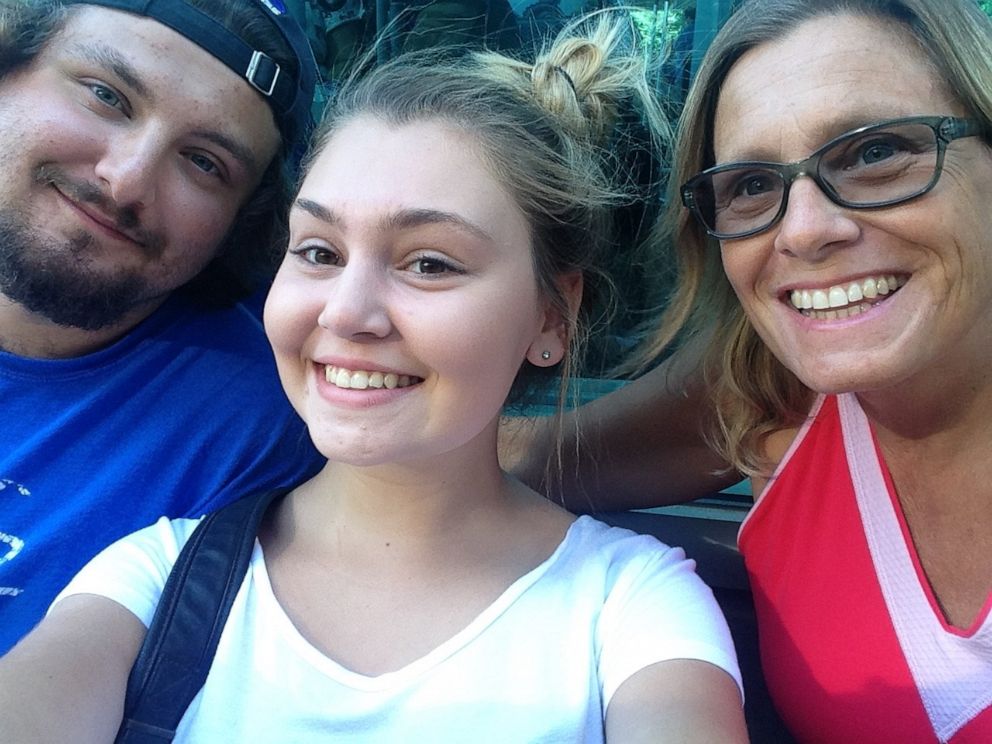 Dawn Massabni
Madalyn Massabni, 19, is seen with her mother, Dawn and brother Georgie, in an undated photo.

Massabni's asking the FDA to include a bigger, bolder warning on every box, along with signs and symptoms of TSS on the inside flap -- not just on the paper insert, which girls probably are tossing in the trash, she said.

"There are [bold] warnings for things like cigarettes, alcohol and drugs -- we want tampons to have those same type of warnings," Massabni said. "It's a horrible death that can be prevented. Families don't recover from this. I want her back."

While there are no specific guidelines, Moritz agrees the following could help prevent TSS while using tampons:

1. Use tampons with lower absorbency
2. When your flow is heavier, change your tampon more often
3. Alternate with menstral pads
4. Never be ashamed to go to your doctor, emergency room or urgent care center if you're experiencing symptoms, or forgot to remove your tampon, Moritz said. 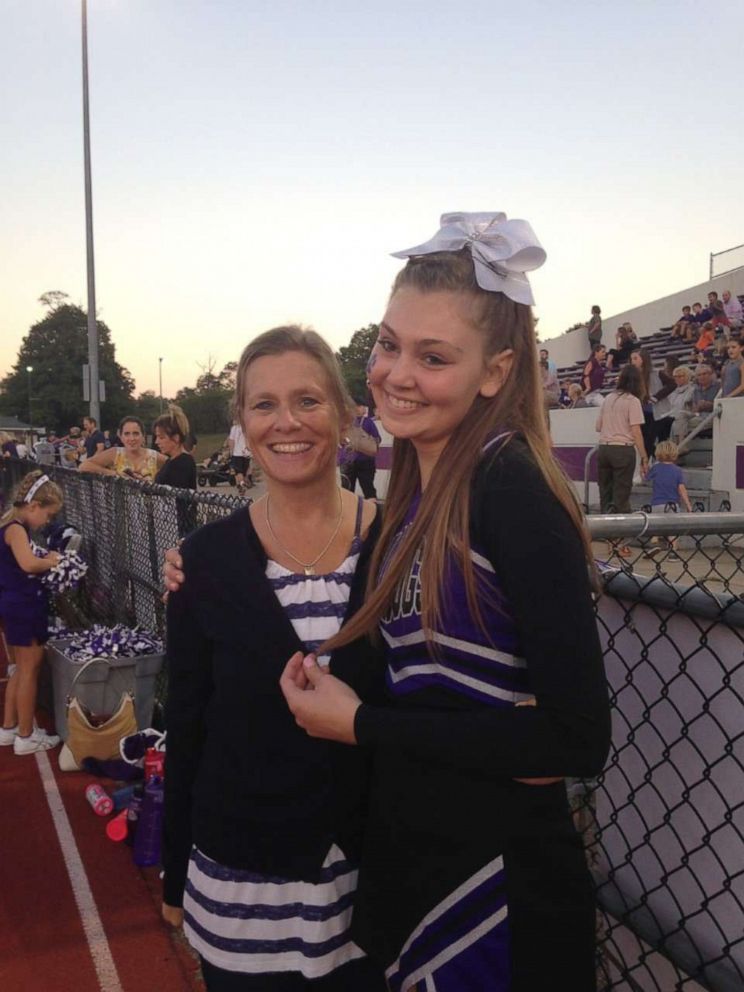 Dawn Massabni
Madalyn Massabni, 19, is seen with her mother, Dawn , in an undated photo.

Massabni is also fighting to have "Maddy's Law" passed in her county, which would mandate students in fifth grade, and higher grades, have information sessions on TSS. She's asking for anyone who's experienced TSS to reach out on dontshockme.org or via email at dontshockme19@aol.com. 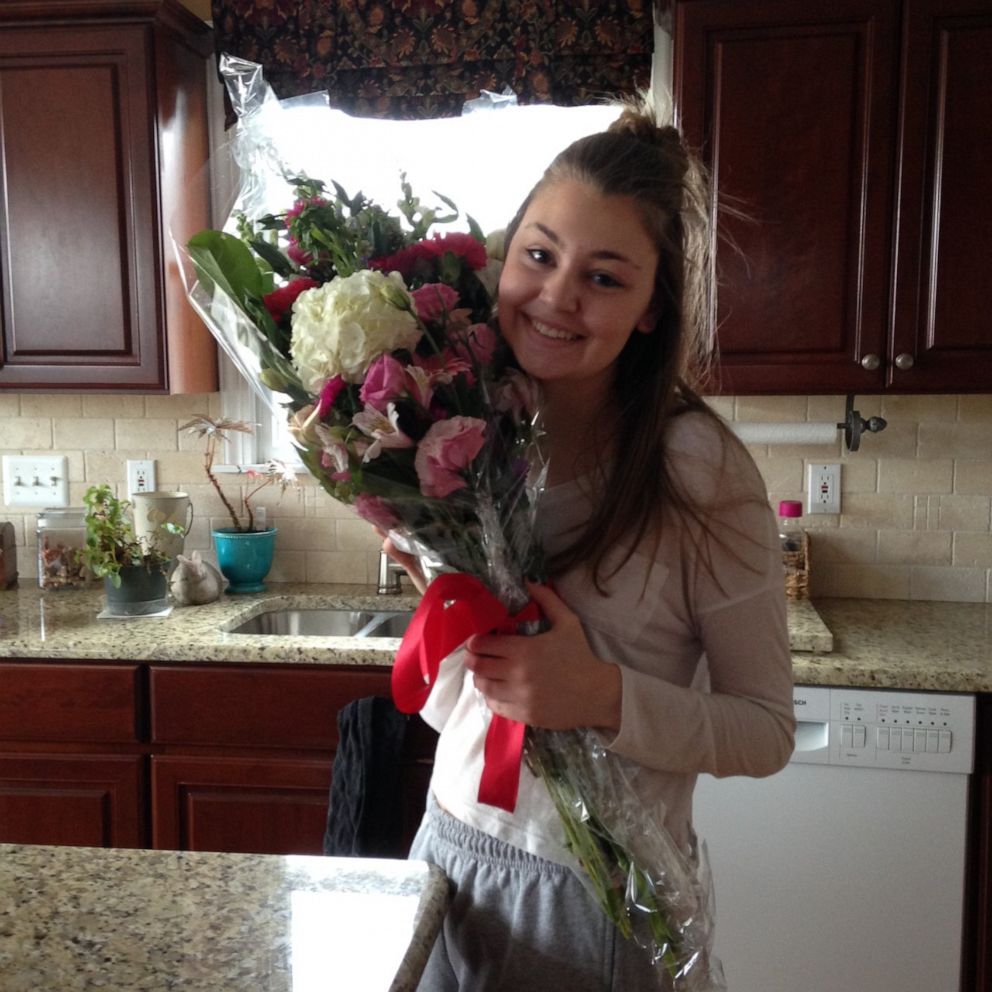 Dawn Massabni
Seen in an undated photo is Madalyn Massabni, 19.

"I know Maddy would be really grateful for lives saved," Massabni said. "If she had made it through this, she would've been doing exactly what I'm doing."