At 29, Sarah Agaton Howes weighed over 200 pounds and was told by doctors that she could be at risk for diabetes if she didn't adopt a healthier lifestyle.

She had also just lost her daughter.

"Part of you dies when you lose a child," Agaton Howes told "Good Morning America."

I never seen a Native woman with running clothes.

"I grew up watching sickness around me all the time, and that was where I was headed," she said.

But she found a way to save herself -- and others: running.

Never seeing and learning to believe

"I remember being at a 5K [run] at the [Fond du Lac] reservation [nine years ago] and, for me, it was probably the first 5K I ever ran," Howes told "GMA." "I walked up to the starting line and there was a woman standing there, a Native woman, and she had running clothes on, and I [had] never seen a Native woman with running clothes." 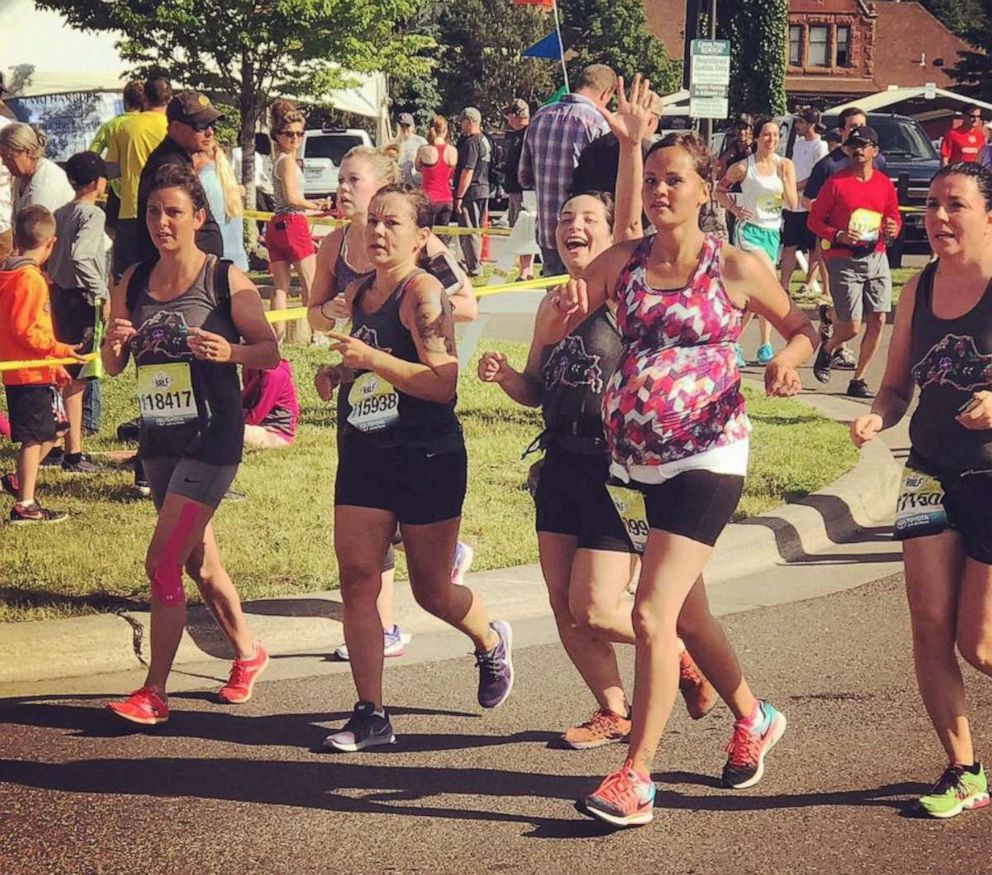 Courtesy Alicia Kozlowski
The women from KwePack running in a marathon in an undated handout photo.

The woman, Chally Topping, said Howes should run the upcoming half marathon with her. Howes didn’t believe she could do it, until she saw her son and Topping at the finish line cheering for her when she completed the race.

"To me, that’s the seed ... of imagining what we can be doing as Native women," Howes said.

Later, Agaton Howes, now 43 and a mother of two, created KwePack, a running group for women at Fond du Lac Reservation in Minnesota and the surrounding area, including the city of Duluth.

Nine other women from the reservation joined the group and now run together once a week.

They've all faced some form of personal challenge, be it grief, depression or addiction. 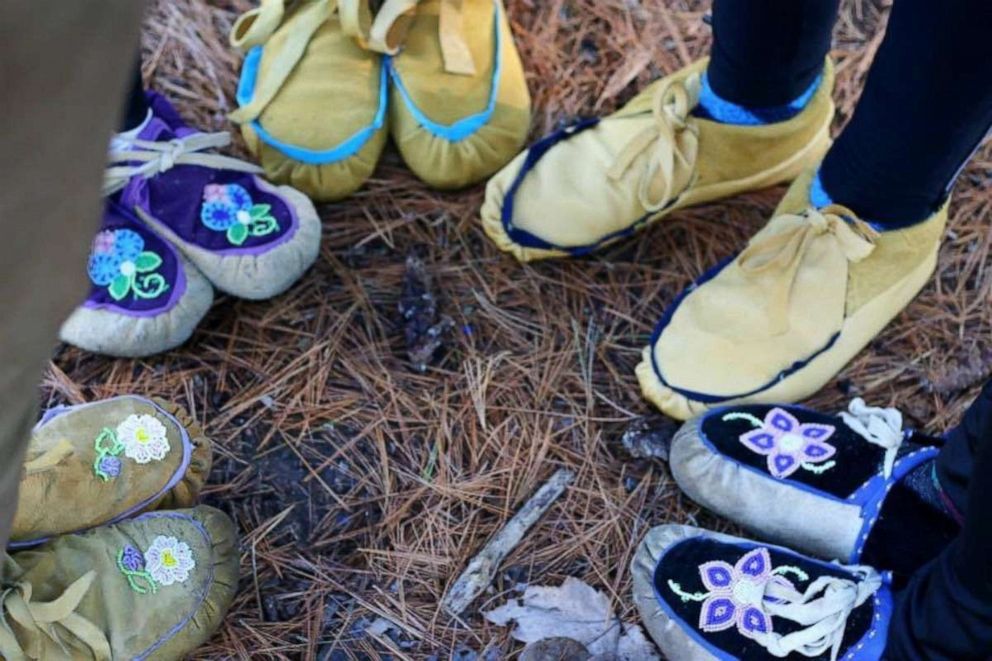 "My mom got diagnosed with heart disease at a very young age, in her 40s, and I’m gonna be 37 years old this year, and it’s a really scary thought to think that could be my future," Nashay Howes explained to "GMA." "I work really hard to maintain a healthy life and running allows me to do that."

"When you’re running, you’re forced to feel everything," Nichole Diver told "GMA." "Every twinge of physical pain, every discomfort -- and through that I’ve learned how to process all of the really uncomfortable emotions that I feel and deal with."

"If you ask people in the running community, the Native community or this region, they know that Native women run,"

The motivation behind this running group became "much bigger than ourselves, Agaton Howes said.

(MORE: The scary reality of female runners: Women share the things they carry to protect themselves) 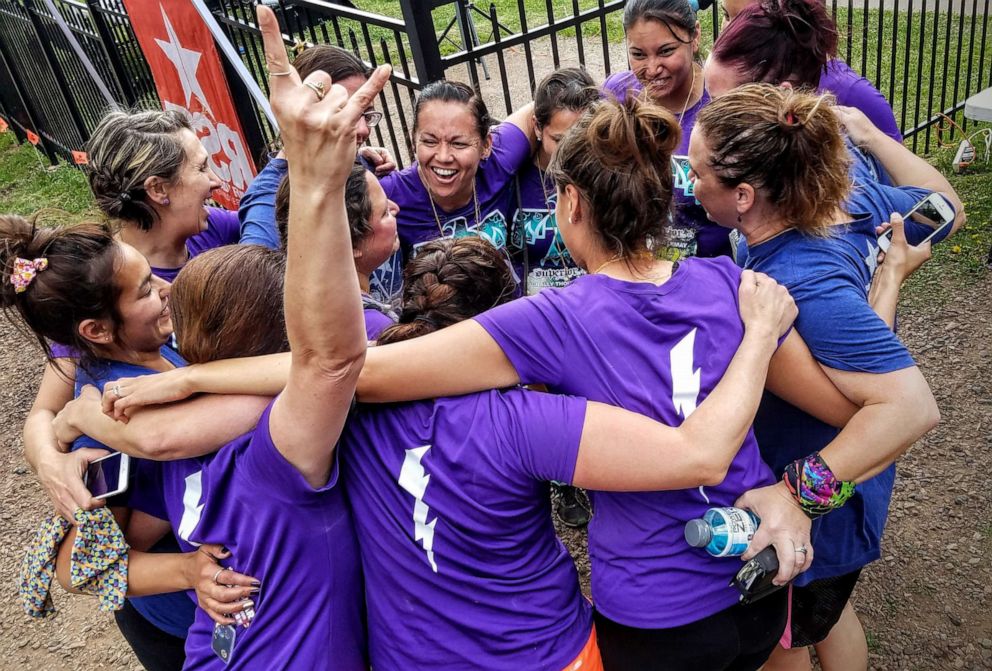 Courtesy John Storkamp/Superior Trail Race
The KwePack joins in a huddle before an event in an undated handout photo.

About 80 runners typically join the KwePack at various marathons and community events, but the group recently drew 125 people for an event devoted to the missing women in their communities for the National Day of Awareness for Missing and Murdered Indigenous Women.

More than 5,700 American Indian and Alaska Native women were reported missing in 2016, according to the National Crime Information Center. The same report showed that 96 of those cases were tied to broader issues such as domestic violence and sexual assault. 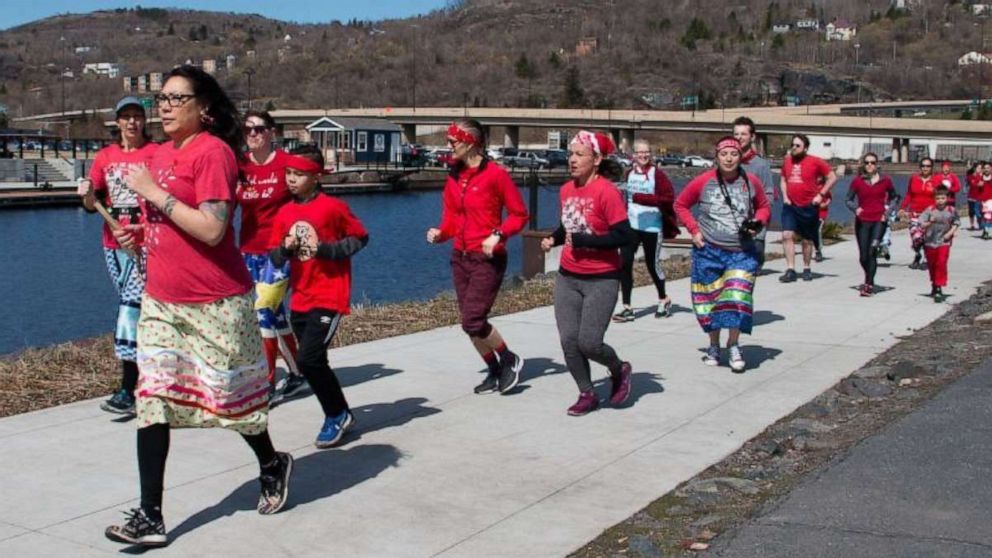 Courtesy Ivy Vainio
Female runners in KwePack run in Duluth, Minn., on May 5 2019, for the National Day of Awareness for Missing and Murdered Indigenous Women.

The women said they had a tendency to feel unsafe running by themselves, but they said they feel safe with the KwePack.

"When we are together and we are checking in with each other, then we’re protecting each other," Amelia LeGarte said. "That’s what we have to do as a community is protect each other."

"If some person wants to rumble with us, they must really have a problem," Agaton Howes said.

Through fundraising at its events, the KwePack has raised money to help other women afford running shoes, athletic attire and marathon fees.

The group spoke about the contrast of growing up wearing big shorts and T-shirts, and seeing other women wearing leggings and sports bras at gyms and within other running communities.

"You have a sense of you’ve been told your whole life you need to cover yourself up," Nashay Howes said. "I think you gotta find it in yourself to be able to put yourself in those clothes and it just becomes acceptable."

"Something that has been so powerful for us about this group is we wait for each other at the finish lines," Agaton Howes said. "And when we come across, we see each other and [that is not only important] for us and our children, but also for other people to see."

The women of KwePack also say that the reason they run is for their children, especially for their daughters.

"[It means a lot] to have my daughters asking me to go for a run and showing them just how strong females are. [It] has just created a space for me to be in and provide in," Katie Danielson said.

Eight years later, the group has grown from one woman’s idea into one of the more well-known running groups in the Midwest.

"Now, if you ask people in the running community -- the Native community or this region -- they know that Native women run," Agaton Howes said.

She said that she found her purpose through the KwePack.

"It’s changed my life because what I’ve done with them," she added. "I would never have done [it] without them."