A Chicago nun ran an entire marathon on a treadmill Sunday after the Chicago Marathon was canceled this year due to the coronavirus pandemic.

Sister Stephanie Baliga is a former collegiate runner who has run in the Chicago Marathon for the past nine years to raise money for the Mission of Our Lady of Angels, a food pantry and shelter in Chicago, according to ABC station WLS-TV.

When the coronavirus pandemic threatened this year's marathon in October, Baliga pledged on camera that if the race were to be canceled, she would still run 26.2 miles on a treadmill, in hopes of raising $80,000 for the mission. 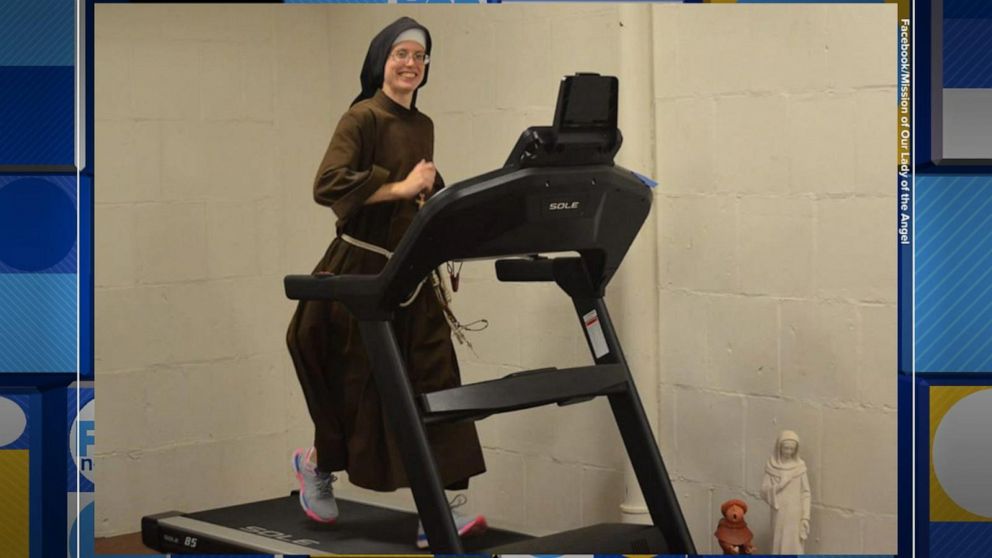 The race was canceled just two months after her pledge, and she followed through with it on Sunday, running the marathon on a treadmill in the basement of the mission while people across the country watched on a livestream.

Baliga was cheered on by celebrity guests, including Deena Kastor, a women's marathon legend and past Chicago Marathon winner, who cheered her on in the final mile.

MORE: 2 women are setting the pace for an amazing marathon feat

Baliga finished the marathon in an impressive three hours and 33 minutes and raised over $94,000, far exceeding her goal.

In addition to raising tens of thousands of dollars, Baliga could also become a world record holder.

A spokeswoman for Guinness told ABC News they have not yet received Baliga's application.