Cara Skowronski and her husband are the parents of a 2-year-old daughter who was born through in-vitro fertilization (IVF) and a gestational surrogate, who carried their daughter.

Now, as the Skowronskis look to expand their family, they say they are afraid of the obstacles they may face after the Supreme Court's decision to overturn Roe v. Wade.

Skowronski and her husband recently moved from Nebraska to Texas, where abortion will be banned under a trigger law that goes into effect 30 days after the Supreme Court's decision.

The couple's remaining frozen embryos are in Nebraska, where Gov. Pete Ricketts has said he will push for the state legislature to pass a total abortion ban in the wake of Roe being overturned.

"It's challenging enough to have infertility treatment today," Skowronski told ABC News. "I think the additional potential state legislations that ban or make IVF incredibly difficult will really take it away as an option to a lot of couples and a lot of individuals, and it's heartbreaking." 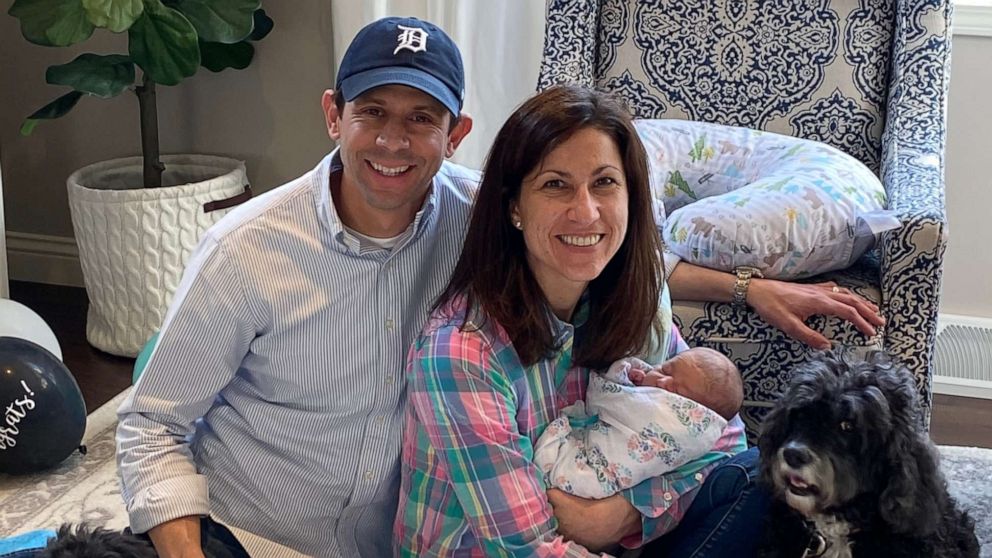 Skowronski and other IVF patients, as well as medical providers, say they fear that as states enact strict abortion regulations under the power given to them by the Supreme Court, infertility treatments will be at risk due to the language of those restrictions.

"There is a race to see who can be the most extreme on abortion restrictions, and I can tell you who the losers of that are going to be: fertility patients and women who might need contraception," said Sean Tipton, chief advocacy, policy and development officer for the American Society for Reproductive Medicine (ASRM), adding of the Supreme Court's ruling, "There is a very serious threat to reproductive medicine from that decision."

In the wake of the Supreme Court's ruling, at least 26 states are expected to eventually ban or severely restrict abortion.

If legislation banning or restricting abortion defines life as beginning at fertilization, fertility treatments -- specifically IVF -- could be at risk, experts say.

In the IVF process, ovulation is induced and eggs are removed from a patient's ovaries. The eggs are then fertilized with sperm outside of the body, and the resulting embryos are either placed in the patient's uterus in the hope of pregnancy or are stored in a laboratory for future use, according to the American College of Obstetricians and Gynecologists (ACOG).

Mary Ziegler, law professor at the University of California and author of "Dollars for Life: The Anti-Abortion Movement and the Fall of the Republican Establishment," said that as states have rushed to define abortion, more questions than answers have arisen, especially when it comes to IVF.

"States have definitions of abortion that are potentially in tension with IVF," she said. "For example, if you say life begins at fertilization, what does that mean for the storage of embryos, what does that even mean for the practice of IVF, because sometimes it involves the implantation of more than one embryo to maximize the chances of a successful pregnancy, and sometimes some of those pregnancies are terminated in the hope that one will last. Will that be prohibited?"

In Oklahoma, an abortion ban signed into law in May by Gov. Kevin Stitt defines an unborn child as "a human fetus or embryo in any stage of gestation from fertilization until birth." The state also has a trigger law banning abortions that went into effect Friday, quickly after the Supreme Court's ruling.

In Nebraska, where Skowronski's embryos are stored, a proposed bill that would ban all abortions defines an unborn child as "throughout the embryonic and fetal stages of development from fertilization to full gestation and childbirth."

The bill, LB933, failed by two votes in April, but the state's governor has said he plans to call a special legislative session in the wake of Roe being overturned. The potential for the bill to be reintroduced concerns Dr. Stephanie Gustin, a fertility doctor in Omaha and assistant professor at the University of Nebraska College of Medicine.

"If this trigger ban law gets reintroduced and it gets passed as is, we are incredibly vulnerable," said Gustin, adding that she and other fertility doctors are at risk because they "work with embryos all the time." "It essentially states that any destruction of life, intentional or otherwise, is punishable by felony," she said.

"The reach of this is much further than an abortion and that could have so many negative impacts on individuals who want to become parents," she added. 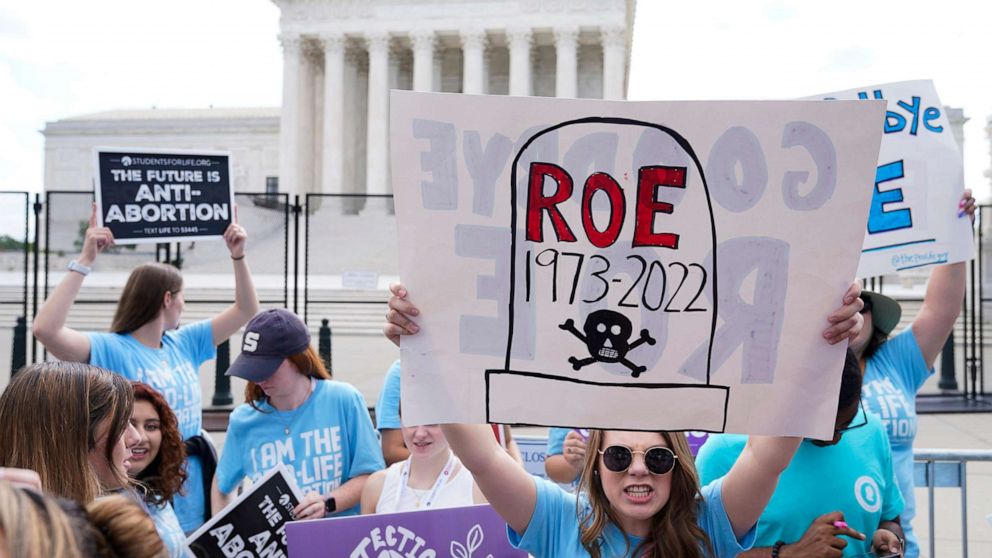 Gustin, who is Skowronski's fertility doctor, said that well before the Supreme Court overturned Roe v. Wade, she was receiving panicked calls from patients wondering if their IVF journey was at risk, and hearing from other patients who made plans to start IVF in another state.

In Texas, where abortion will be illegal 30 days after the Supreme Court's decision, Dr. Timothy Hickman, medical director and co-founder of CCRM Houston, a fertility treatment center, said he also fielded questions from "worried" patients in the weeks leading up to the court's ruling.

Hickman, also the president of the Society for Assisted Reproductive Technology (SART), said that while abortion and IVF are "two very different things," he is concerned state laws may not "appropriately designate between the two."

"People are stating that life begins at conception, therefore a fertilized egg should be considered a person," he said. "In IVF, we routinely fertilize eggs and biopsy them to check them for genetic abnormalities and freeze them, and obviously, they're used in family building."

MORE: What the overturning of Roe v. Wade could mean for birth control access, maternal care

It was not until the early 1980s that the first IVF baby was born in the U.S., but IVF now accounts for as many as 3% of all births every year in the U.S., research shows.

People today also use IVF for many different reasons beyond infertility, including to be able to have kids later in life, or after a cancer diagnosis or another health condition, and to be able to screen for genetic disorders.

Destynie Sewell, an assistant professor of law at the University of Nebraska-Omaha, said both she and her husband suffered from infertility issues, causing them to use IVF to become pregnant with their now 2-year-old twin sons.

Sewell, 42, said as she and her husband now contemplate having another child, the threat of the IVF process being legislated or prohibited in Nebraska weighs on them heavily.

"To have someone tell me, 'Well if you retrieve your eggs, this is what you have to do with them,'" said Sewell. "It's bad enough I don't have control over my own body because of my medical makeup, but to have you tell me what I have to do to my body, are we back in slavery days? I no longer have autonomy over my body?" 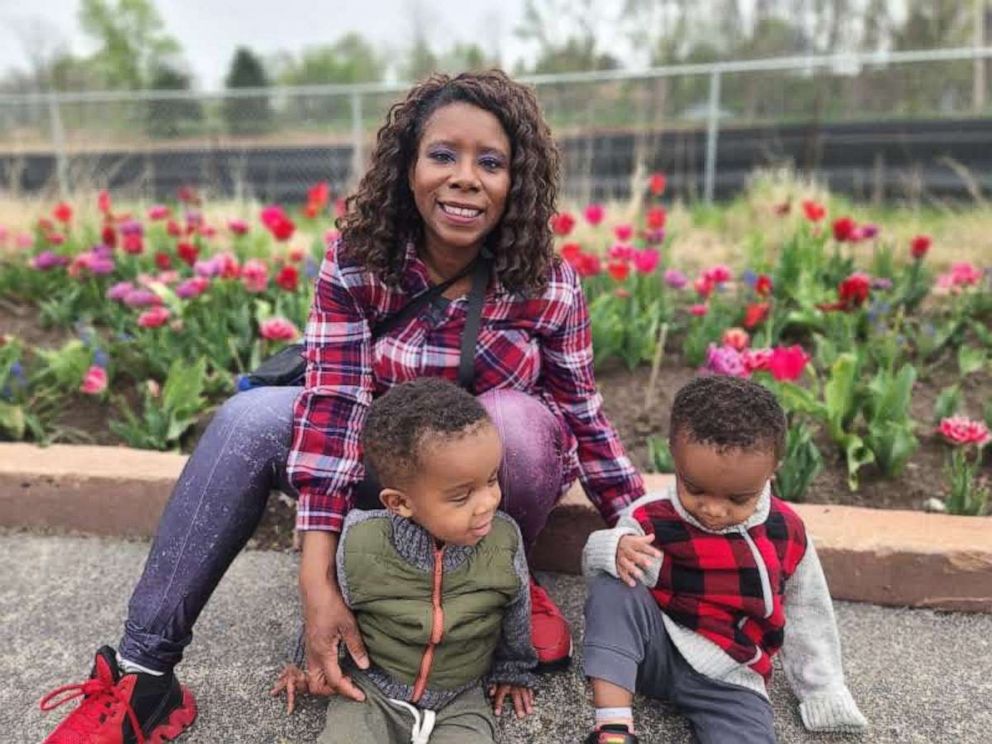 Fertility doctors said they feel in limbo as they try to determine their state's current or potential abortion laws and what the language could mean for their and their patient's futures.

"I have a full-time practice. I'm a mom. I'm obviously not a legislator or lawyer. This is not my wheelhouse," said Gustin, the Nebraska doctor. "Yet here I am, like before I do an egg retrieval and after I put my kids to bed, trying to figure this out."

"Right now, we just don't know," said Dr. Robert K. Hunter, practice director of the Kentucky Fertility Institute. "The trigger law in Kentucky, to my reading of it, isn't going to make anything I do a felony, yet, but that's protected by about a two- to three-word clause, from my reading."

Hunter said his practice is already booked out about five months due to high demand, making him worry even more for patients who could potentially lose access to care.

"Infertility is full of anxiety, and this has just introduced a whole new layer of stress and worry to our patient population that they didn't even know they had to worry about," said Hunter, adding that he plans to stay in Kentucky for his patients, saying, "I have firmly committed myself to this career and to this patient population, and it's a cause I'm willing to fight for."