Therapy could look a little different in the modern age and could even mean scrolling through Instagram rather than sitting in an office.

Therapists like Lisa A. Olivera, who was featured in The New York Times and has over 180,000 followers on Instagram, has seen a shift taking place in her field.

"There definitely is a revolution happening in therapy," Olivera, 33, told ABC News. "It's becoming more open and accessible -- people are realizing they need to talk about these things and there's no shame in doing that."

It’s estimated that nearly one in five adults have some form of mental illness, according to the National Institute of Mental Health. Yet less than half receive mental health services.

Therapy has moved online with websites and apps like Talkspace and Better Help, but Instagram could be another new frontier.

The American Psychological Association has been working on developing guidelines for its members and for social media.

Lynn Bufka, the associate executive director for practice, research and policy at the APA, said she isn’t sure what to make of the idea.

"I don't know that I would call therapists on Instagram as necessarily providing care," Bufka said. "Therapy is when you have an ongoing health professional relationship with an individual."

Olivera has a disclaimer on her page that she is not providing individualized therapy and has a list of resources for people seeking help.

"While I am not providing therapy for them I think the tools, resource, support and community," Olivera explained. "Everything I share is maybe just as important as therapy because it is something they can access all the time on their own time and based on whatever they are going through." 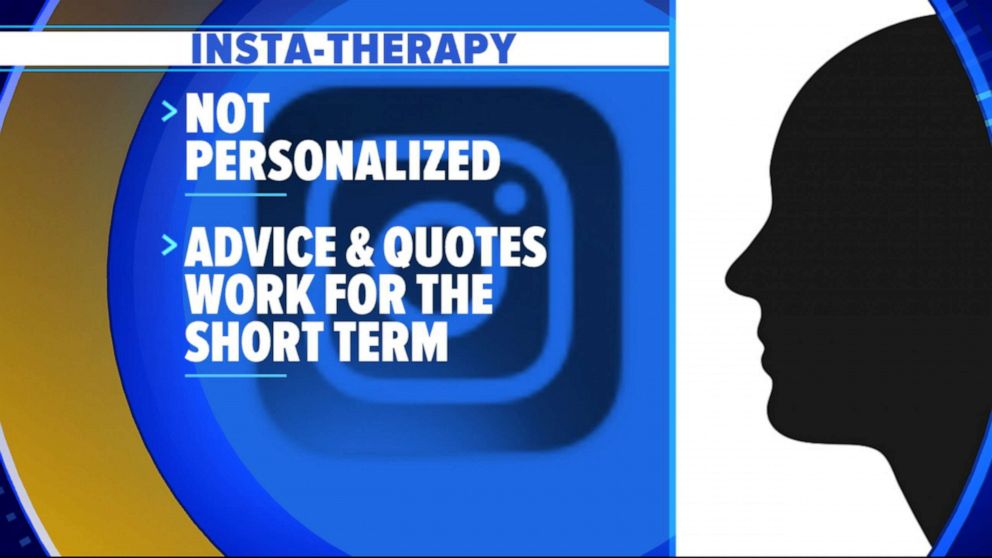 "There is value to that but it does not take the place of the therapeutic relationship. Insta-therapy is not personalized," she said. "It is not tailored to your individual needs and the advice and quotes are for a short-term kind of issue."

Davis Henry also said that while the argument could be made that any kind of care, even on social media, may be positive, it needs to go further. 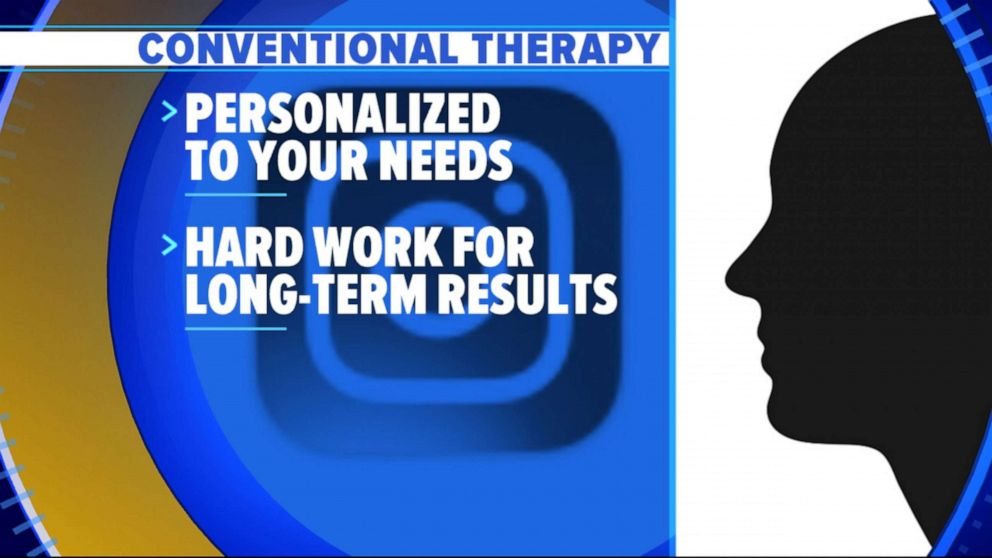 ABC News
The benefits and function of conventional therapy.

"Individuals with severe or persistent mental health concerns really need to attach themselves to someone and they need to be followed up with routinely conventional therapy," she said. "It is personalized. It is tailored to your needs. It's hard work which is why some would like to go to Instagram to get instant therapy but for the true therapeutic relationship and the value it's going to take that hard work but you'll get long-term results."