The U.S. government has issued the first new guidelines on physical fitness since 2008 with the message that Americans need to move more, especially kids.

Just one in five teens meet the recommendation of at least 60 minutes of activity each day, according to the Department of Health and Human Services.

For the first time, the new Physical Activity Guidelines included recommendations for kids ages 3 to 5. Preschool-aged children should be "active throughout the day to enhance growth and development," the guidelines say.

More specifically, children this age should be engaged in active play for at least 3 hours per day.

(MORE: 'This is the future': How a mirror could transform working out)

Kids between ages 6 and 17 saw no changes in the new guidelines. They continue to need at least 60 minutes of moderate-to-vigorous activity each day.

Adults continue to need at least 150 minutes per week of moderate-intensity aerobic activity and two days a week of muscle-strengthening activity like pushups, yoga and lifting weights, according to the guidelines. 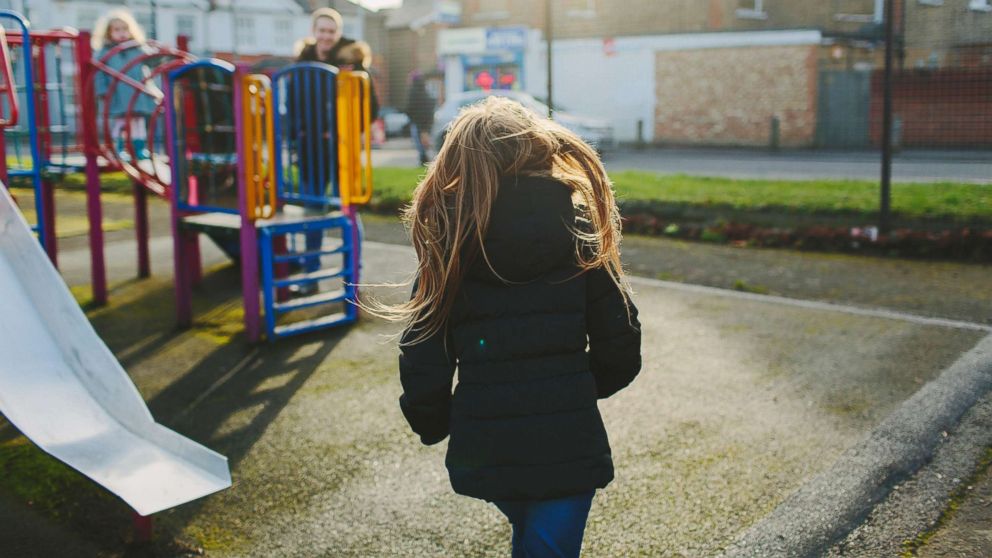 STOCK PHOTO/Getty Images
A stock image of children playing in a playground.

(MORE: Dad bod? Men who exercise might pass down healthier metabolism to their kids, study says)

Just 26 percent of men and 19 percent of women currently meet those requirements, according to HHS.

One key change is that aerobic activity no longer has to be done in blocks of at least 10 minutes to count towards meeting the guideline. Shorter bursts of activity are now promoted in the guidelines as a good way to get benefits like reduced anxiety and blood pressure, improved quality of sleep and improved insulin sensitivity.

Another key guideline for adults is to move more and sit less, according to HHS. Try yoga moves like these at your desk or get an energy boost by incorporating relaxation into your work day.

How to get active as a family

Since both kids and adults need to move more, according to the government's findings, families can find ways to be active together.

Chris and Heidi Powell, the hosts of "Extreme Weight Loss" and creators of the Transform app, have learned how to make fitness a family affair with their four children. 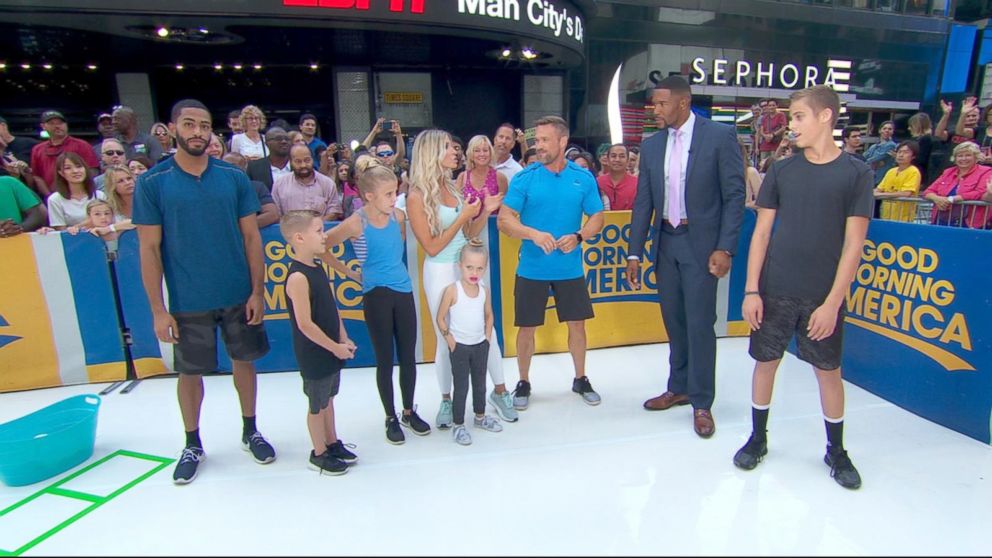 The Powells appeared on “Good Morning America” earlier this year to share how they found success in making exercise fun for the whole family.

Here are their four tips to try.

The Powells said they let their kids play around them, as infants, while they were working out. Between sets, the couple would play with the kids to make the connection between exercise and fun.

The result, they say, is that seeing mom and dad workout every day has become the kids' normal.

"It's so important to teach kids the importance of keeping their bodies moving," Chris Powell said. "And if they see it from when they're young, it will become their norm."

A deck of cards can turn into a family workout, an exercise game the Powell family has played for years.

An exercise is assigned to each suit in the deck of cards. The number on the cards dictates the number of reps of that exercise to be done.

Royal cards, aces, and jokers equal 10 repetitions of the exercise.

Here are five kid-friendly exercises to try for this game, as described by Chris Powell.

Bear walk: Bend your knees and crawl like a bear. Do this by simply moving your left paw (hand) and right foot forward at the same time and then switch sides. My kids love this, and it’s great for their shoulder and posterior chain.

Froggy squat: Squat down, fingertips on the ground between your legs for support. Leap up high in the air and tell your kids to try touching the clouds.

Dive bomber: Start in downward dog yoga pose. In a single motion, bend your elbows while lowering your chest, then stomach, to the ground... then push them forward and up while arching your back—like Ariel sitting on her rock. Return to downward dog.

Star jack: This one is fun, because who doesn’t want to be a star?! It’s like a jumping jack, only instead of hopping feet out to the side, jump straight up while spreading apart legs and arms in midair.

Superman: Help your little ones find their inner superhero with this one. Lie on your belly with your arms stretched out in front. Arch your back, lifting your chest, arms and legs off of the ground as though you’re wearing a cape and flying. Hold briefly and return to starting position

"It's great because the kids can race against each other and you can find a lot of the stuff [in the course] doesn't require any new equipment or can be done using stuff around the house," said Heidi Powell.

Some examples of stops on an obstacle course can include fast feet through an agility ladder or tape placed on the ground and a ball toss, just throwing a tennis ball into a bucket from 10-feet away.

"We mix and match balance, agility, accuracy and coordination movements with strength and endurance moves to keep it fun and get them comfortable with the feeling of exercise," explained Chris Powell. "[The kids are] totally distracted by racing against the clock."

If your child is a fan of video games, try having them mimic the movements in the video game so they are active while they're playing.

The Powells encourage their kids, for example, to do the dances in Fortnite, a popular video game, while they play.

They always reward their kids' activity with screen time.

"We have them do things like squats, push ups and sit ups and reward them with 30 minutes of screen time when they're done," Chris Powell said.