Scotland made history this week, becoming the first country in the world to provide period products to all women for free.

The Period Products (Free Provision) Scotland Bill was passed unanimously by the Scottish Parliament on Tuesday.

Nicola Sturgeon, Scotland's first minister, wrote on Twitter after the bill passed that she was "proud to vote for this groundbreaking legislation," which she heralded as an "important policy for women and girls."

Proud to vote for this groundbreaking legislation, making Scotland the first country in the world to provide free period products for all who need them. An important policy for women and girls. Well done to @MonicaLennon7 @ClydesdAileen and all who worked to make it happen https://t.co/4lckZ4ZYIY

Monica Lennon, sponsor of the Period Products (Free Provision) Scotland Bill, has said that her goal was to make offering free sanitary products a legal requirement. 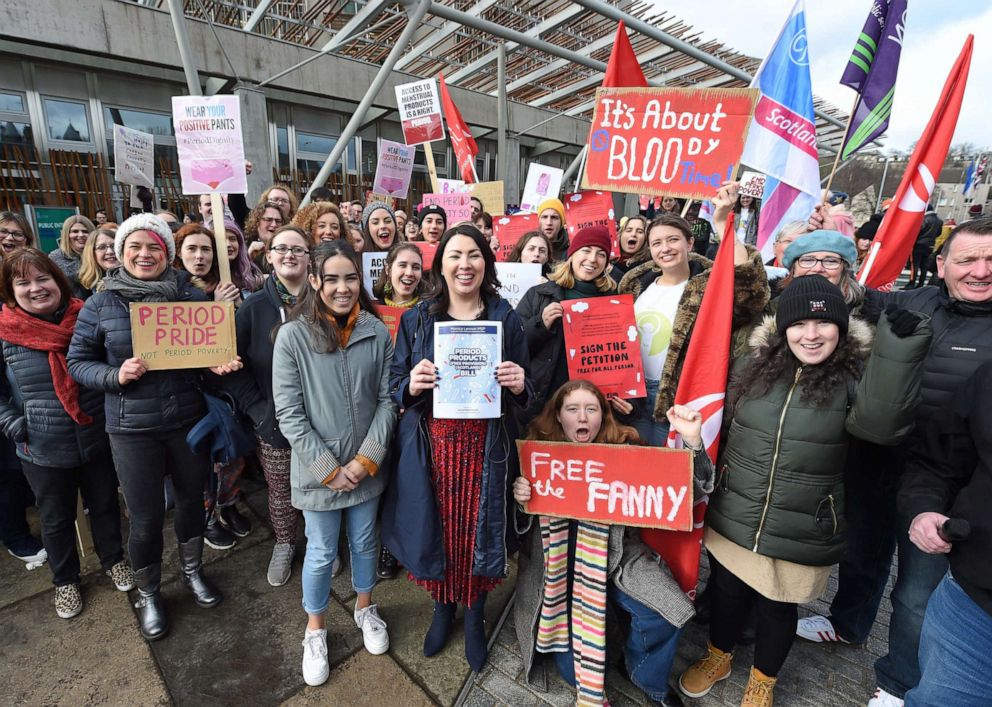 "A proud day for Scotland and a signal to the world that free universal access to period products can be achieved," Lennon wrote on Twitter after the bill passed.

Thank you to everyone who has campaigned for period dignity and to my MSP colleagues for backing the Bill tonight.

A proud day for Scotland and a signal to the world that free universal access to period products can be achieved. #freeperiodproducts 🏴󠁧󠁢󠁳󠁣󠁴󠁿 https://t.co/NC3e97jPuQ

Period poverty, when people cannot afford even the most basic of period supplies like pads and tampons, is an issue that affects women around the world.

MORE: Sophia Bush raises awareness to help end period poverty for young women in the US

At least half a billion women and girls globally lack facilities for managing their periods, according to a 2015 report from the World Health Organization and UNICEF. 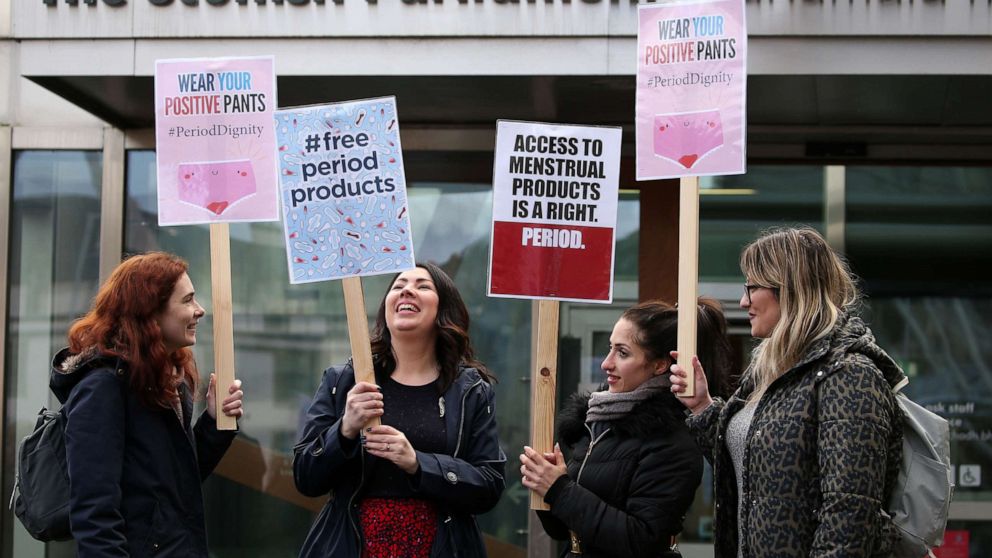 In the United Kingdom, the lockdown due to the coronavirus pandemic has exacerbated period poverty, with 3 in 10 girls there struggling to afford or access products, according to a report released in May by Plan International, a girls' rights organization.

In the U.S., where women make up more than half of the population, women are more likely than men to live in poverty, and they spend an average of 2,535 days in their lifetime, or almost seven years, on their periods, according to UNICEF.

A survey released last year of low-income women in St. Louis found that nearly two-thirds couldn't afford menstrual hygiene products in the past year, and more than 1 in 5 said they had the same problem every month. The women said they instead had to use cloth, rags, tissues, toilet paper and sometimes diapers or paper towels, according to the report published in Obstetrics & Gynecology. 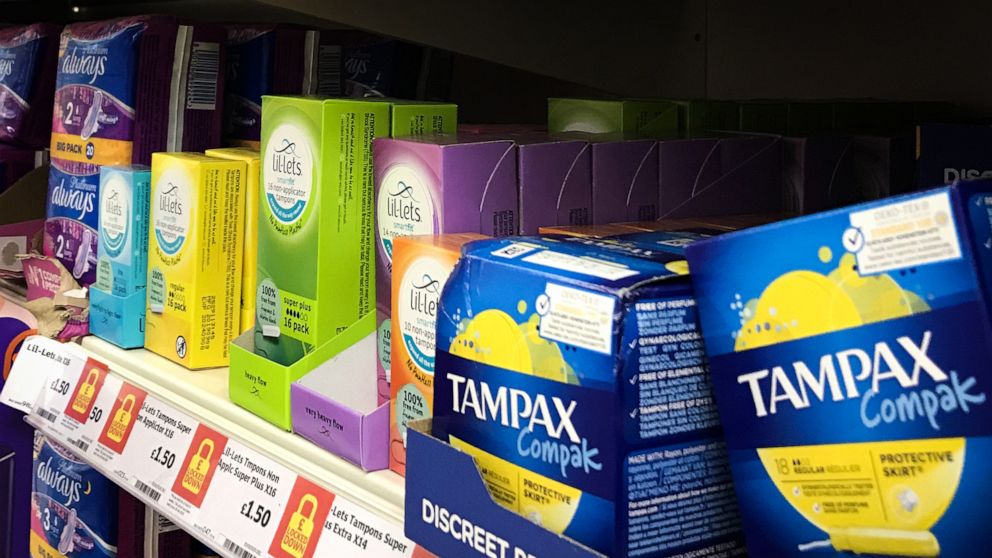 Jane Barlow/PA Wire via ZUMA Press via Newscom, FILE
In this Feb. 21, 2020, file photo, sanitary products and tampons are on sale in a supermarket in Glasgow, Scotland.

The taboo around menstruation and the lack of access to menstrual products also hurts women economically because it costs them money for products and may keep them from jobs and school, advocates say. It also sets women back mentally and in a society where something that happens to them naturally is demeaned or even not discussed.

"Most of us have been conditioned for all of our lives to not talk about menstruation," said Jennifer Weiss-Wolf, a lawyer and author of "Periods Gone Public," told "Good Morning America" last year. "And the things that keep us potentially from succeeding are often the things that happen to be what we don't talk about in polite society."