The beloved long-running children's program "Sesame Street" is rolling out new characters and resources for families in honor of Autism Awareness Month, introducing viewers to Julia's whole family and in the words of Elmo, demonstrating how "it's really cool that everybody's a little bit different but same, too."

Julia, the first muppet with autism to appear on the show, made her debut on "Sesame Street" in 2017.

(MORE: 'Sesame Street' to introduce TV fans to Julia, a Muppet with autism)

This April, in honor of Autism Awareness Month, the program is expanding Julia's role and introducing her family to fans. Autism currently affects one in 59 children in the U.S. and their families.

"We’re thrilled to expand Julia’s world with her parents, big brother, and her adorable dog, Rose, in our new resources," Sherrie Westin, president of global impact and philanthropy at Sesame Workshop, said in a statement. "Children with autism often face unique challenges, as do their parents and siblings. But every family faces challenges of some sort, which is why we are focusing on what all families have in common. In a family, everyone has different roles, challenges, and strengths, and everyone can learn from one another."

3:15
The family of Julia, the first muppet with autism on the show, is being introduced with new resources for families in honor of Autism Awareness Month.
Editor's Picks

ABC News' Paula Faris stopped by the set of "Sesame Street" and met Julia and some of the other beloved characters.

"Julia has autism," Elmo said. "And that makes Julia different ... But it's really cool that everybody's a little bit different but same, too. And Elmo and Julia have a lot in common, and we have a lot of fun together." 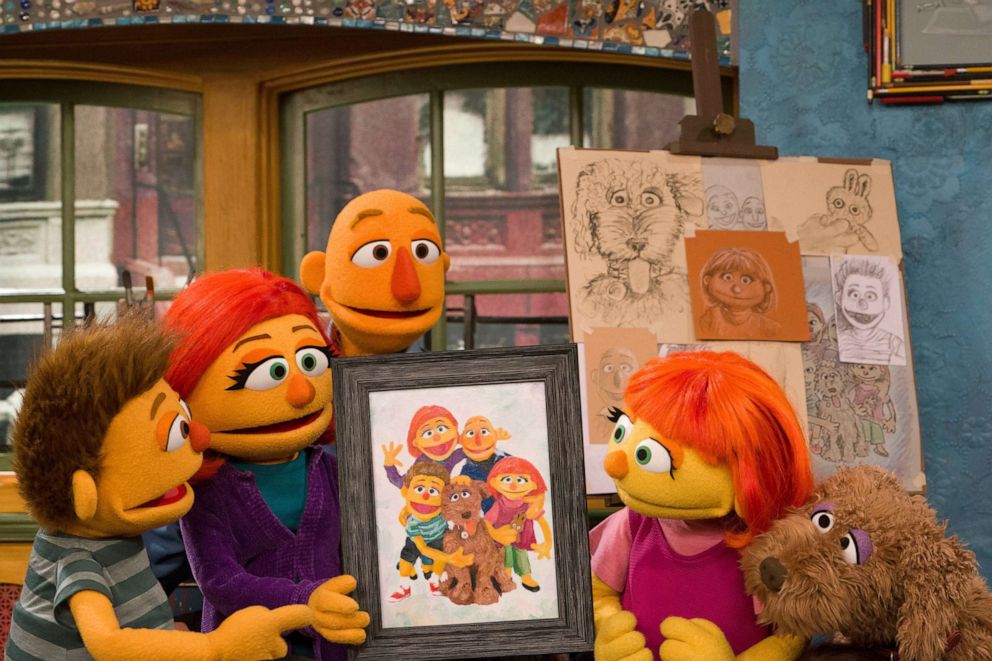 Julia's brother, Sam, told "GMA" if there is one thing he wants people to know about his sister it's that "it may take a few tries to get to know Julia."

"But just because she doesn't respond -- doesn't mean she doesn't want to be friends," he added.

Jeanette Betancourt, the senior vice president for U.S. Social Impact at Sesame Workshop, the nonprofit organization associated with "Sesame Street," said she hopes that meeting Julia's family can help other families with autism. 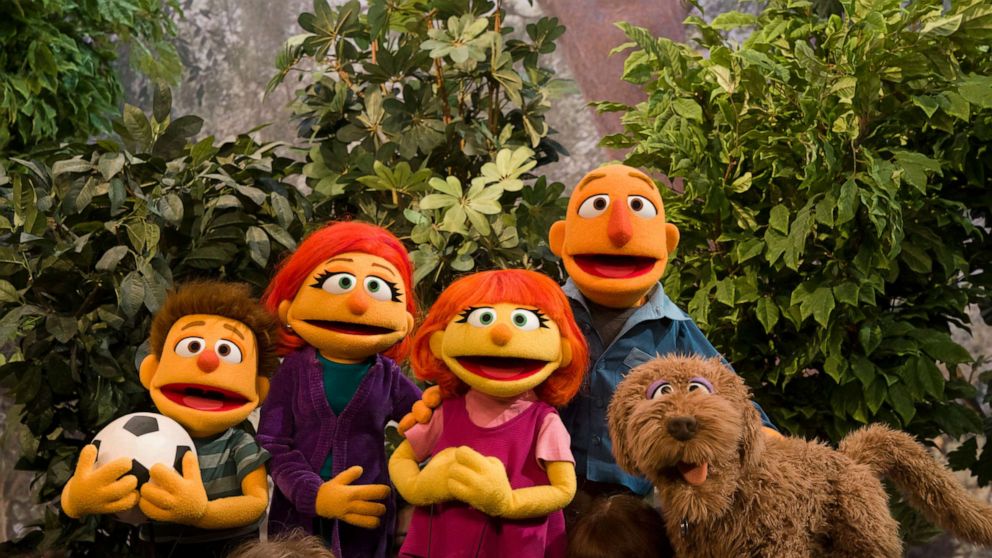 "We know families that have children on the spectrum, they face unique challenges. But more importantly, there's so much they share," Betancourt told "GMA."

Along with introducing Julia's family to audiences, Sesame Workshop also released new videos and materials to help families of children with autism, on their website.

The resources especially focus on how to deal with bullying, which can disproportionately affect children with autism, according to the organization.

Sesame Workshop has also partnered with the Autism Speaks and the Ad Council to put Julia front and center in their public awareness campaign to raise awareness of early signs of autism and the need for early intervention.

We are excited to announce the launch of our new @AdCouncil public awareness campaign. Some ads feature Julia, the four-year-old Muppet with autism from @sesamestreet! https://t.co/gj19YTKSH6