Just one week after a law took effect in Texas that bans nearly all abortions after six weeks of pregnancy, the state is close to enacting another restriction on abortion.

A bill that would shorten the time in which a pregnant person could have a medication abortion is now on the desk of Texas Gov. Greg Abbott, a Republican who has defended his state's new law that bans most abortions, including in cases of incest and rape.

The bill awaiting Abbott's signature, Senate Bill 4, would limit the time window for physicians to offer abortion-inducing medication to seven weeks of pregnancy instead of 10 weeks of pregnancy. This would mean that if a person misses the six-week window for a procedure-based abortion, they would have one more additional week to have access to medication abortion.

Access to medication abortion -- the use of oral medications mifepristone and misoprostol to end a pregnancy -- has become a major focus point since Texas' controversial law went into effect. The law, and the U.S. Supreme Court's decision to not block it amid legal challenges, marked a significant moment in the United States' history of reproductive rights, experts say.

And now, many experts are keeping their eyes on Texas -- a state with a long history of debating abortion rights -- to see if its actions encourage other states to impose more restrictions on medication abortion with the goal of limiting abortion access overall.

"Texas looms so large when it comes to abortion rights and access and what we're really seeing is this coordinated strategy of layering bans and restrictions to very nearly ban abortion," said Elizabeth Nash, interim associate director of state issues at the Guttmacher institute, a reproductive rights organization. "Medication abortion has been a very high priority in state legislatures in 2021.”

In South Dakota this week, Gov. Kristi Noem, a Republican, issued an executive order directing the state's Department of Health to establish rules requiring that abortion-inducing drugs only be prescribed and dispensed by a state-licensed physician after an in-person examination. Noem said she also plans to pass legislation next year that makes "these and other protocols permanent."

1:04
The U.S. Department of Justice is expected to file suit against the state of Texas in the coming days, challenging its restrictive law against abortions.

The rising restrictions, which began to increase about a decade ago, according to Nash, come as more people are turning to medication abortion.

Medication abortion is now the most common method used for abortions in the first 10 weeks of pregnancy, and accounted for almost 40% of all abortions in 2017, according to the Guttmacher Institute.

Medication abortions were first approved by the U.S. Food and Drug Administration (FDA) in 2000. FDA guidelines advise that abortion-inducing pills are safe to use up to 70 days, or 10 weeks, after conception, though evidence shows it can be safe even later in pregnancy, according to the American College of Obstetricians and Gynecologists (ACOG).

In most cases in a medication abortion, mifepristone is taken first to stop the pregnancy from growing. Then, a second pill, misoprostol, is then taken to empty the uterus.

Of the two medications, mifepristone is more restricted by the FDA. Since 2011, the agency has applied a risk evaluation and mitigation strategy (REMS) to mifepristone, preventing it from being distributed at pharmacies or delivered by mail like other prescription drugs.

The FDA's rules, combined with state restrictions like the one that appears close to becoming a law in Texas, have the effect of not only limiting when, where and how people can get abortions, but also potentially misguiding people on the safety of medication abortion, according to Dr. Jamila Perritt, an OBGYN based in Washington, D.C., and president and CEO of Physicians for Reproductive Health.

"The important thing to know about mifepristone is that it's regulated as if it were a highly unsafe medication, which is the opposite of the truth," said Perritt. "It's actually a very, very safe medication and we have decades of medical evidence that shows people can use it on their own."

"None of this is about safety," she said. "It's all about limiting access to abortion." 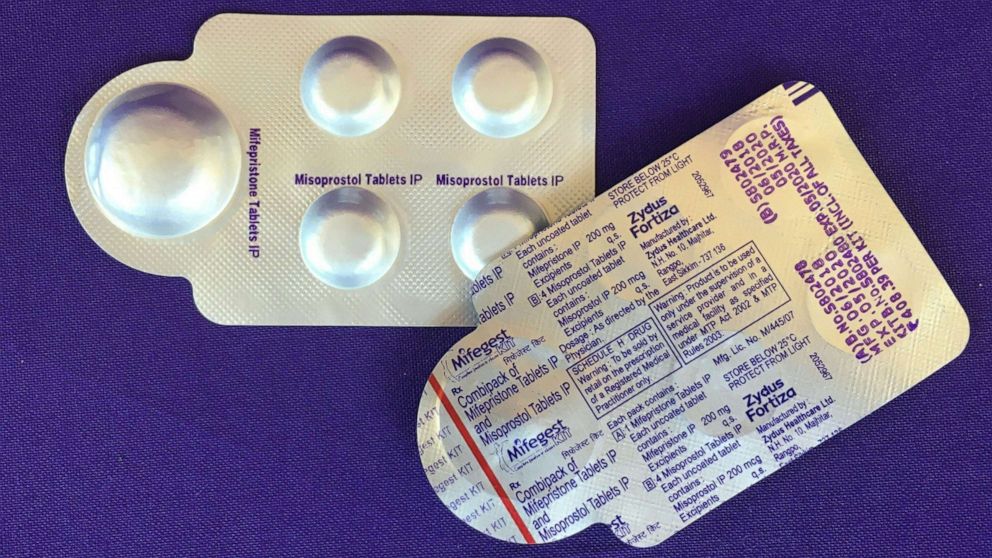 The restrictions around medication abortion also limit the use of telemedicine, which is effectively banned in 19 states, according to the Guttmacher Institute.

Last year, during the height of the coronavirus pandemic, and amid a rise in telemedicine, ACOG, an organization that counts more than 60,000 obstetrician–gynecologists as members, joined other groups to urge the FDA to suspend the requirement that mifepristone be dispensed in a medical clinic.

The request for the FDA to temporarily suspend the mifepristone requirement was upheld last year in lower courts. In January, the U.S. Supreme Court ruled 6-3 to reinstate the restrictions.

In April, the FDA, under the Biden administration, said it would stop enforcing the in-person dispensing requirement during the pandemic. States though can still set laws about dispensing mifepristone within their state.

Proponents of the FDA's decision say that allowing greater access to medication abortion, including via telemedicine, gives more options to the people who need them the most.

Around 75% of abortion patients are low-income residents, and nearly 60% of U.S. women of reproductive age live in states where access to abortion is restricted, according to the Guttmacher Institute.

"Restrictions shape who is able to access [abortion]," said Perritt, noting that people of color, young people, immigrants and people living on low-income communities are the most affected, and adding, "We're going to continue to see a worsening outcome for them because of it."