An Illinois mom says it's "wonderful" to have her daughter home with her after the 18-month-old spent more than 500 days in the hospital, first in the neonatal intensive care unit, and then, after her 1st birthday, in the pediatric intensive care unit.

Autumn was born premature at 23 weeks in March 2021. Weighing in at just 1.1 pounds, she was considered a micro preemie who had various complications due to prematurity, including bronchopulmonary dysplasia (BPD), a type of chronic lung disease. Doctors at the time weren't sure if she would make it, giving the baby girl a 50% chance of survival.

"When a patient is about to deliver at 23 weeks, we know that [the baby's] survival is about 50% … and so Autumn was given a 50-50 chance of survival when she was first delivered," Dr. Megan Lagoski, a neonatologist at Lurie Children's Hospital in Chicago, told "Good Morning America." 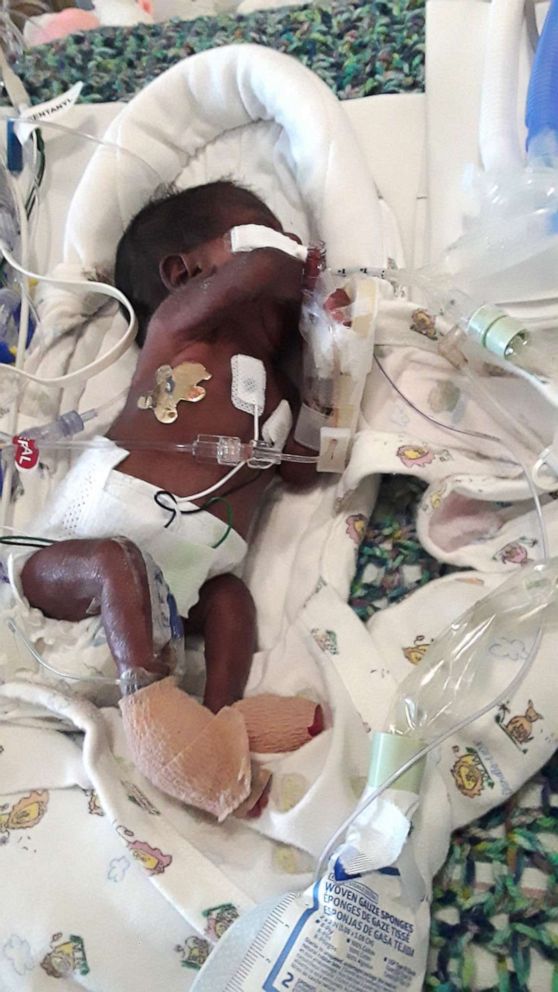 Lagoski, also the director of the only bronchopulmonary dysplasia program in Illinois at Lurie Children's, would end up seeing and treating Autumn after she was transferred to the hospital at 5 months old.

"She was having dangerous dips in her oxygen level, even to the point where her heart rate would become low too and they were worried that she was going to die," Lagoski explained.

"Her heart was strained from all the work it required to pump blood through the lungs and to pick up oxygen and bring it back and pump it to the rest of the body, something called pulmonary hypertension, and so that made her even sicker," the doctor added.

Autumn's mom, Tyler Robinson, recalled that it was "very scary" to move Autumn to another hospital but it was one she felt was necessary. "It was [a] very risky transfer at that but I knew we needed to go ahead and get her to a specialist for more eyes," Robinson said. 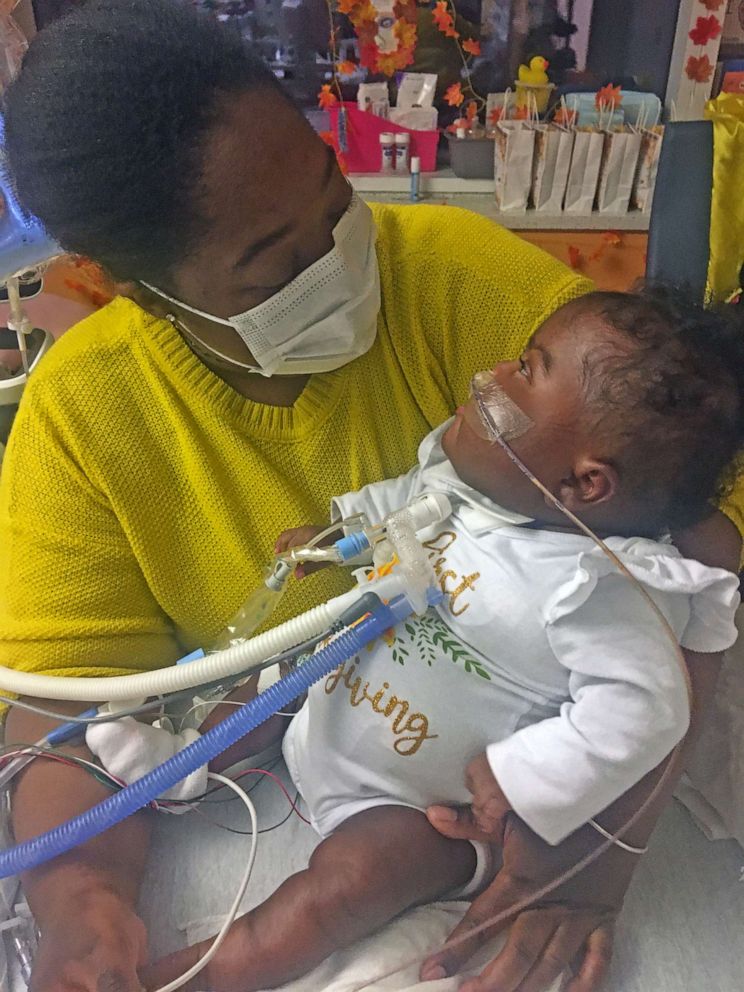 Tyler Robinson
Autumn underwent a tracheostomy to have a breathing tube inserted. The trach, as it's known, helps Autumn breathe with the help of a ventilator while her lungs heal and develop.

At Lurie Children's, Autumn was treated with different medications, underwent surgery to have a breathing tube placed and received oxygen therapy, among other care.

"She actually did require some sedation or some extra medications to help her stay calm while her lungs slowly healed from this period of sickness," Lagoski said. "But once we got her to good support on the breathing machine, we were able to come off of that and we were able to help her start to do normal baby things and have more interactions that were meaningful with her mother."

According to Robinson, Autumn was in the hospital for 524 days, a long journey that was filled with unknowns and unimaginable difficulties. Robinson visited her daughter every day and made it her priority to talk to Autumn. 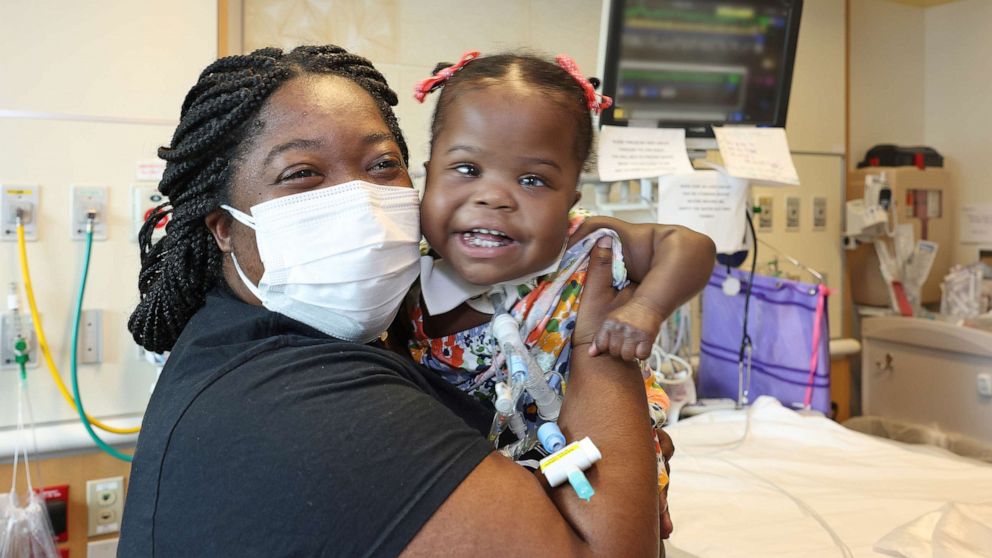 "I talked to her and I would tell her, 'Autumn, it's OK, if you're ready to go. … But if you're not ready to go, and you want to keep fighting this good fight, mommy gonna keep fighting this good fight with you and we're gonna keep doing this together no matter what," Robinson recounted. "I would just pray on my baby, talk to my baby, sing to my baby."

Through it all, Robinson made sure to mark each milestone and celebrate each holiday and birthday, in part to cheer others up in the NICU as well.

"I decorated for everything. I put out candy for the nurses and … you know, we're in this bad situation and we're feeling [like] we're never gonna get out of it, but a little candy here and there, it'll bring a little happiness to somebody," she said. 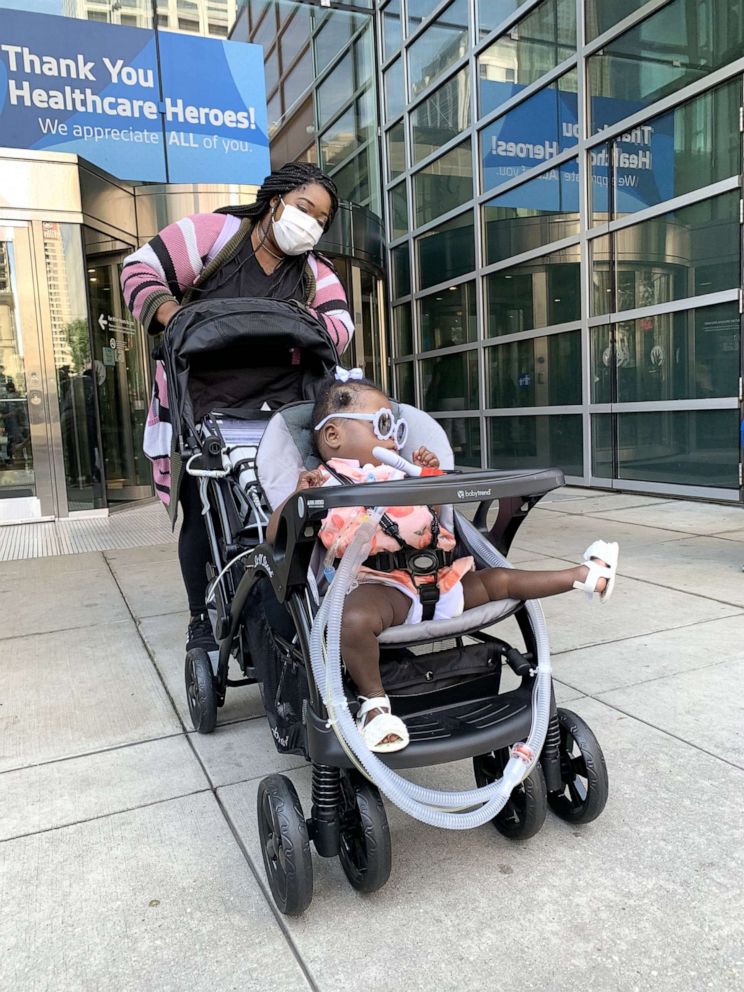 Robinson said her firsthand experience in the NICU with her daughter has opened her eyes to the trauma that parents, caregivers and hospital staff face on a daily basis.

"In September, it's NICU Awareness Month and that's something I need to highlight, [the need to have] more counselors. Talk to parents about this PTSD [and] childbirth that is so traumatic," Robinson said.

"I mean, I'm still going through it," she continued, adding that she herself has post-traumatic stress disorder.

"I still have the screams in my head from parents. They can hide it but it's real out here and nobody [knows] about it unless they're living in it. And it's not just the parents, these nurses have to see these, these doctors, everybody. It's a different world."

Robinson added that the NICU "is also a wonderful place."

"You see miracles, my baby is a miracle … but let's not stray away from also the pain that us parents see and feel from the other parents," she said.

For now, as Robinson settles in at home with her toddler, she's focused on providing her daughter with the full-time care she still needs, with the help of home nurses. Slowly, Autumn appears to be making more strides, learning to get used to being on a home ventilator, working on sitting up and playing with her toys. 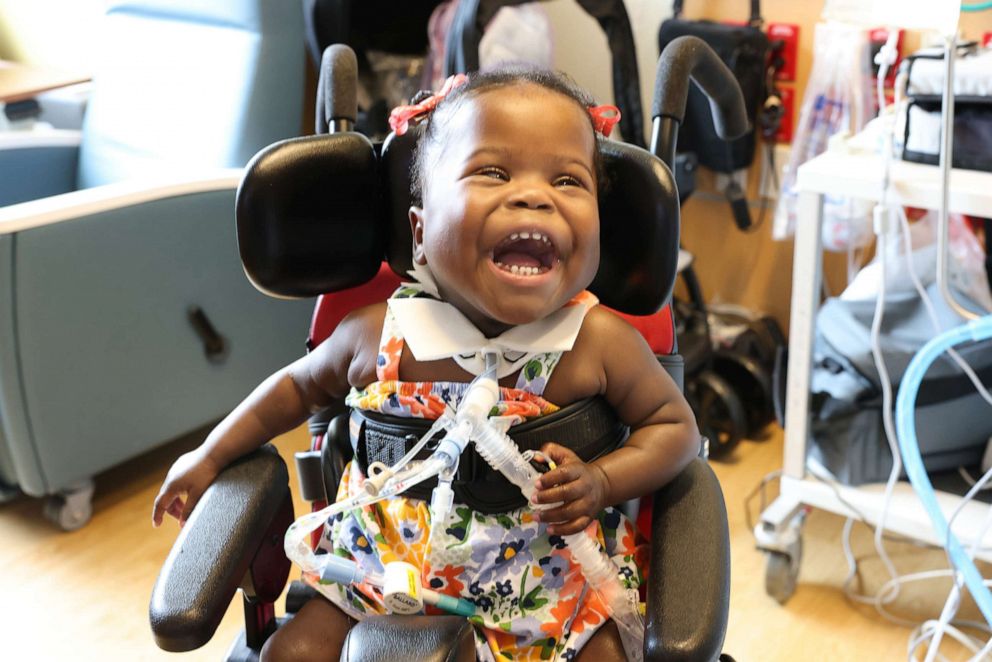 Lurie Children’s Hospital
Autumn has Bronchopulmonary Dysplasia or BPD, a chronic lung disease that is a common complication of prematurity.

"My Autumn girl is a happy, happy baby," Robinson said. "She is stubborn but sweet as can be, lovable."

When she's older, Robinson wants her daughter to know that her love for her has been endless.

"Mommy had some good support, all the way around: family, friends, hospital-wise support. But, I did it all for her, no matter what I did," Robinson said. "I sacrificed a lot for her but I would do it again. … I would do it all over again for her, everything for her, because I love her."