Lesley Hauler is a "GMA" social media producer who challenged herself to try out the Whole30 program and is sharing her wellness adventure each week.

My second week of Whole30 flew by compared to my first. I had a better mental focus and felt happier, but I also felt exhausted and bloated. The cravings were going away, but not fast enough. I remember thinking, "All this work for what?"

"The second week is when the magic starts to kick in, but it's not until the end," Whole30 founder Melissa Hartwig told me.

The second week is better than the first because your body is now adapting to the Whole30 routine, "but you have yet to really feel the benefits," she said.

For week two, I had three goals:

1. Stop craving sugar, and if I am, don't be so cranky about it.

I would like to take this time now to apologize to my coworkers and friends for my crazy mood swings these past two weeks. Blame it on the lack of sugar.

This week, I found three recipes I liked and would prep for the week and would allow myself one new meal a day. This also includes packing emergency snacks for those long nights at the office or those busy days when I'm on-the-go. I picked up some Whole30-approved RX and Lara bars for these occasions.

3. No food left behind

Last week, I bought too much food, and a lot of it went bad a lot faster than I anticipated. So, this week, I pledged to only buy what I need and make sure to use everything. This ended up backfiring a bit when I accidentally tossed in cayenne pepper instead of chili powder and had to suffer the consequences. 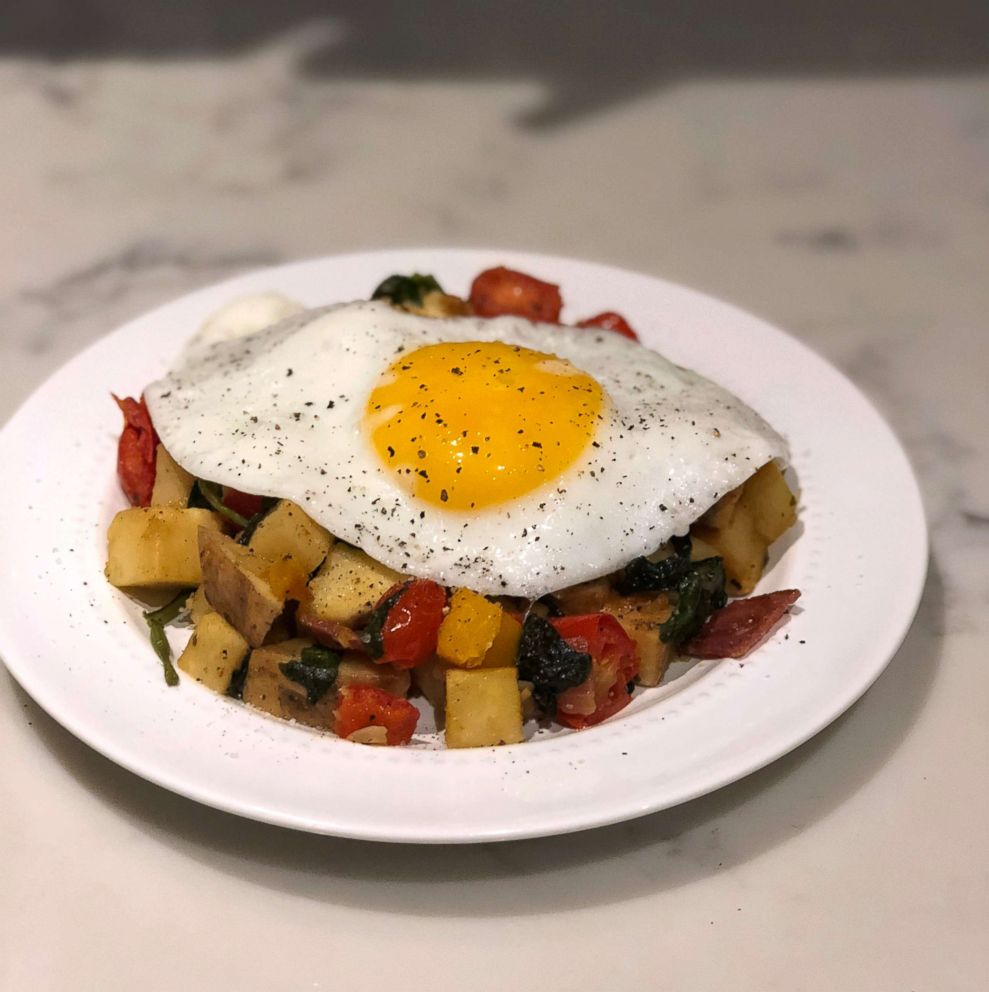 Lesley Hauler/ABC News
"The best part of many Whole30 meals is that you can add an egg on them and eat them for breakfast," says Hauler.

Though I started off the week struggling, I was also on a mission to redeem my social life this week. When you're a single 20-something woman living in New York City, it's hard to find social activities with friends that don’t include eating out or drinking. Despite the fact that I couldn’t do either of those, I decided not to let my limited meal plan and lack of alcohol stop me from living my life. So when I was invited to a birthday party on Day 10, I mustered up my confidence, packed some RXbars in my purse and headed out the door to try and enjoy myself as much as possible at this party. I brought my roommate to make sure I wasn’t tempted to eat or drink anything that wasn't allowed.

"Days 10 and 11 tend to be the hardest and are the days people are more likely to quit," Hartwig admitted.

Boy, was she right. Everywhere I looked at this party, people were eating foods I loved -- pizza, cookies, cake (oh, how I miss cake!) -- or drinking. I was ready to quit then and there. Even though I wasn’t necessarily craving the sugar or alcohol as much, I still didn’t want to be deprived of it. Instead of giving into temptation, I stood in the corner of this party like a Whole30 wallflower, drinking club soda and begrudgingly eating my RXBar. I eventually gave up after a few hours and went home.

'The magic' is happening

But toward the end of the week, I did feel the bloating go away and my energy levels starting to rise. My co-workers noticed it, too. I was more cheerful and no longer wanted to kill everyone. It might be because I had rocked with my meal prep, but I began to look forward to my time in the kitchen. I had heard that over this period your tastes can change and I honestly felt that happening. Because my body wasn't consuming any added sugar, I began to notice the subtle sweetness in foods like red peppers and cashews.

As I reached the end of my second week and the Whole30 halfway point, I think I see the light at the end of the tunnel.

My best meals of the week

Read week 1 here and check back to get Lesley's take on week 3 of the Whole30 and follow Lesley's wellness adventure on Instagram.