Like most women in their early 20s, Madison Gibbs is healthy, but there's's one thing that she's's struggled with her entire life.

Gibbs, 22, who grew up with a condition called Mayer-Rokitansky-Kuster-Hauser Syndrome or MRKH, was born without a uterus.

"I have ovaries, fallopian tubes, eggs, everything else except for a uterus to actually carry a baby," Gibbs told "GMA."

Editor's Picks
MORE: Mom of 5 donates uterus to another woman after years of infertility setbacks

The condition, which is found in one in 5,000 females, is a disorder that affects the reproductive system and causes the vagina and uterus to be underdeveloped or absent.

Gibbs first learned about her condition six years ago after she didn't get her period as a teen, which is often the first noticeable sign of MRKH syndrome, according to the U.S. National Library of Medicine. 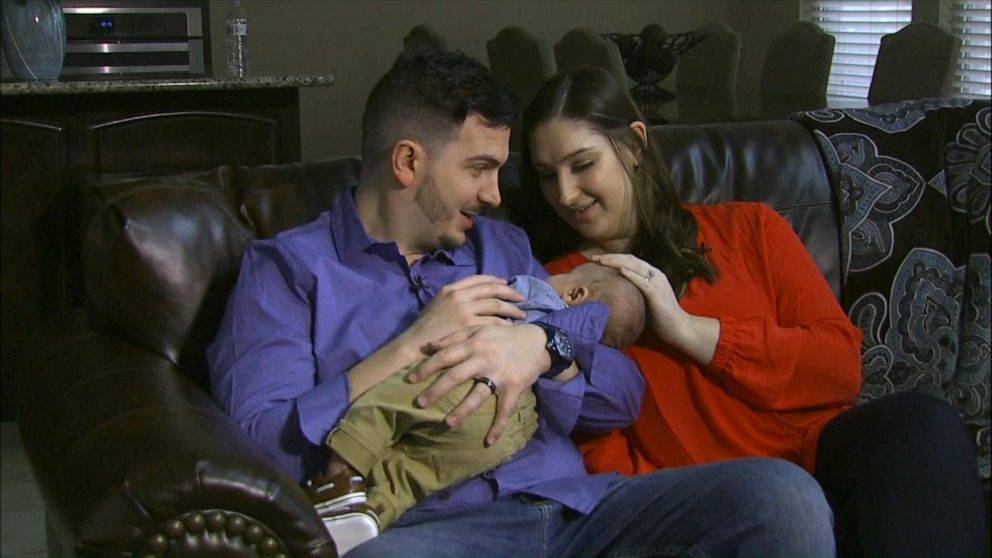 The news was devastating for Gibbs, who always dreamed of having a family. But she was able to get through it with the help of her husband, Mitchell, the only person she told about her diagnosis.

"I was just going to be there for her no matter what," Mitchell told "GMA."

After they married in 2018, they were looking at other ways to start a family and were going to turn to surrogacy or adoption, but were given another option instead.

Weeks after the wedding, they learned about a local hospital that was recruiting women to participate in a clinical trial for a uterus transplant. 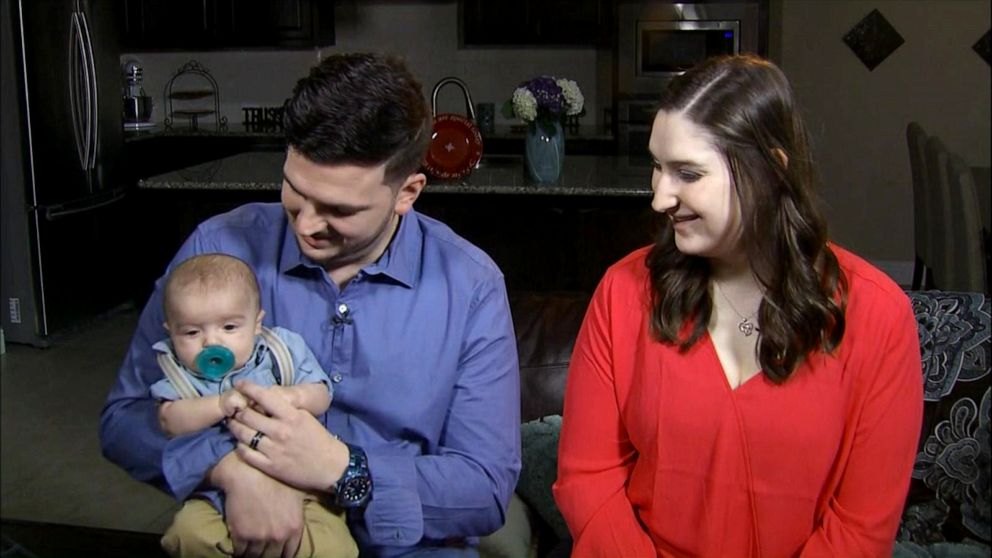 The procedure was called the "last hurdle of infertility" because it was the only course that they've been unable to treat, according to Dr. Liza Johannesson at Baylor University Medical Center, who ran the clinical trial.

"We had hundreds of women calling into Baylor saying, I want to donate my uterus to someone they don't't even know," Johannesson told "GMA."

With this being the only chance for her to experience pregnancy to start a family of her own, Gibbs immediately signed up for the trial. And after a number medical tests, she was accepted and went through egg retrieval and created embryos. Then, the uterus transplant happened in October 2018.

Four months later, Gibbs was pregnant -- the clinical trial proving to be a success.

She gave birth to a healthy baby boy named Lincoln, who was born in October, a year to the date of her transplant. 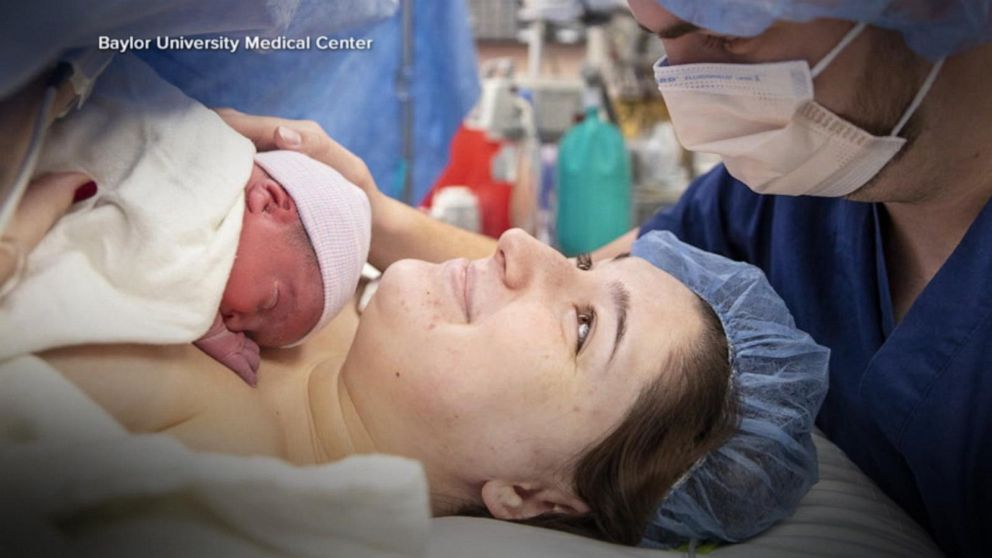 "I couldn't imagine anything better," said Gibbs, who plans on keeping the uterus to try for baby number two later this year. "I mean, I would do it over and over again a thousand times just to get him to get this end result, going through that is still so surreal."

Now, the team at Baylor University Medical Center is celebrating the success of the clinical trial with six births from transplanted uteruses. In the world, there have only been 25 such births.

"You look in their eyes and you just see complete happiness," said Johannesson. "I mean, we can't even describe how that feels like. Lincoln, and all the other babies born here, they're're part of us, too."