In the blink of an eye, Kirsten Riemer said her life changed one day in the doctor's office.

"I was working full time and mother to a 3-year-old child, and I found myself getting increasingly tired," Riemer said. "[My doctor] came in and he just said, 'You have leukemia and you're very sick.'" 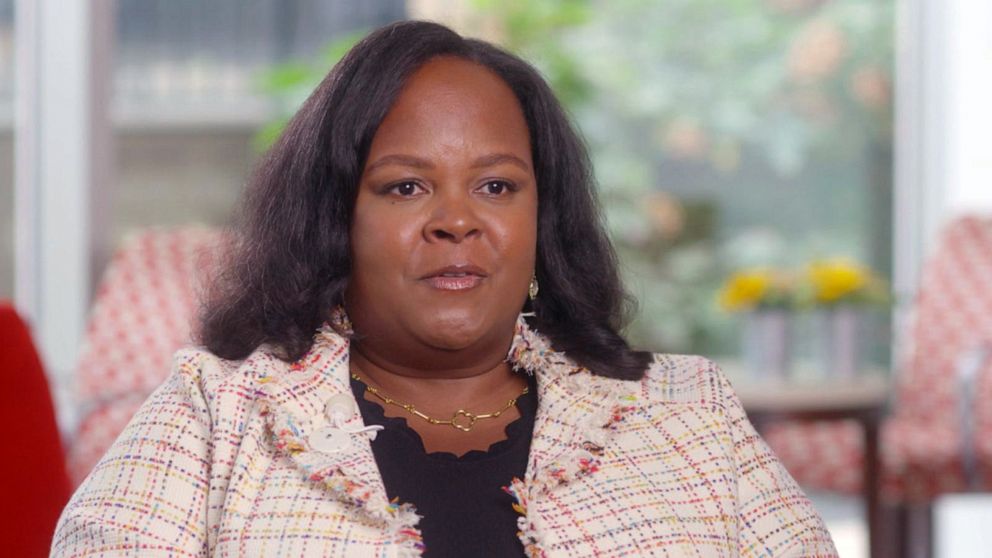 ABC News
Kirsten Riemer credits a cord blood transplant for helping to save her life after a leukemia diagnosis.

The 34-year-old needed a bone marrow transplant, but she said there were no suitable adult matches available, including her own sister. Doctors said there was another way and suggested Riemer try a "cord blood" transplant, a rich source of stem cells collected from the umbilical cord and placenta after a baby is born. 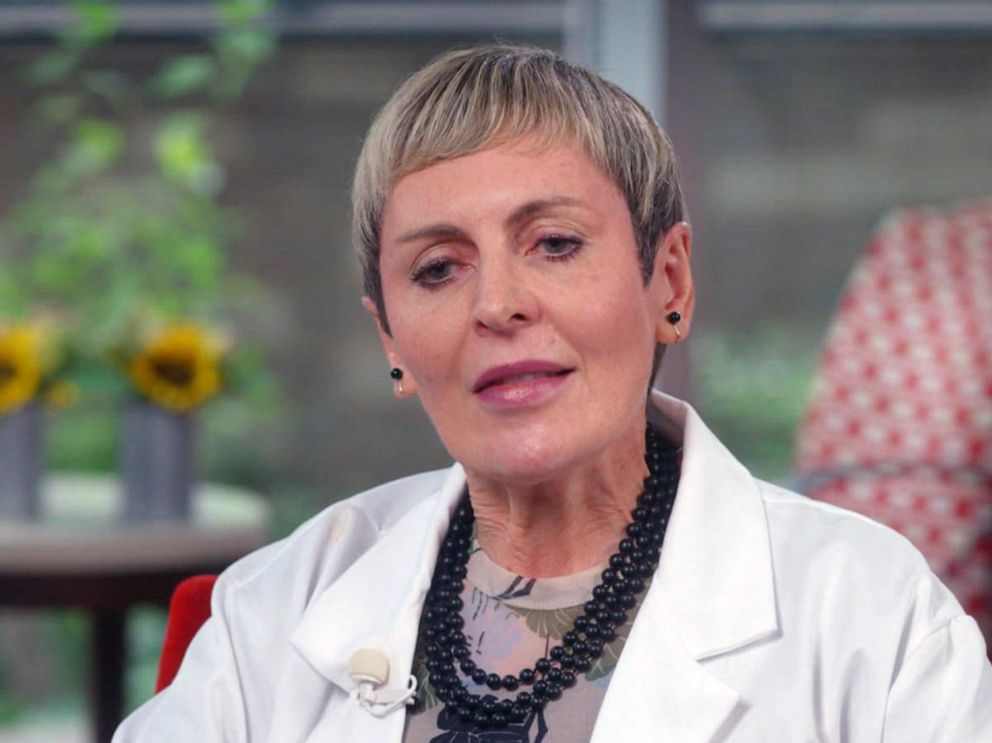 Riemer's husband, Tim Riemer, said they felt hopeful when they heard there was another option.

"It was this sense of relief," he said. "We have a chance for our family to be all together again."

The new advancement in the use of "cord blood" is particularly significant for people of color, who are least probable to find a donor for a bone marrow transplant. According to one review study, only about 29% of African American patients will find a probable donor.

"Treatment technologies, such as cord blood transplantation, is going to be incredibly important for us to be able to level the playing field and extend transplant access to patients regardless of their ancestry," Barker said.

Dr. Gail Roboz, an oncologist and a director of the Clinical and Translational Leukemia Program at Weill Cornell Medicine and NewYork-Presbyterian, and Dr. Sergio Giralt of the hematologic malignancies division at Memorial Sloan Kettering joined "Good Morning America" to talk about advances in bone marrow transplants. 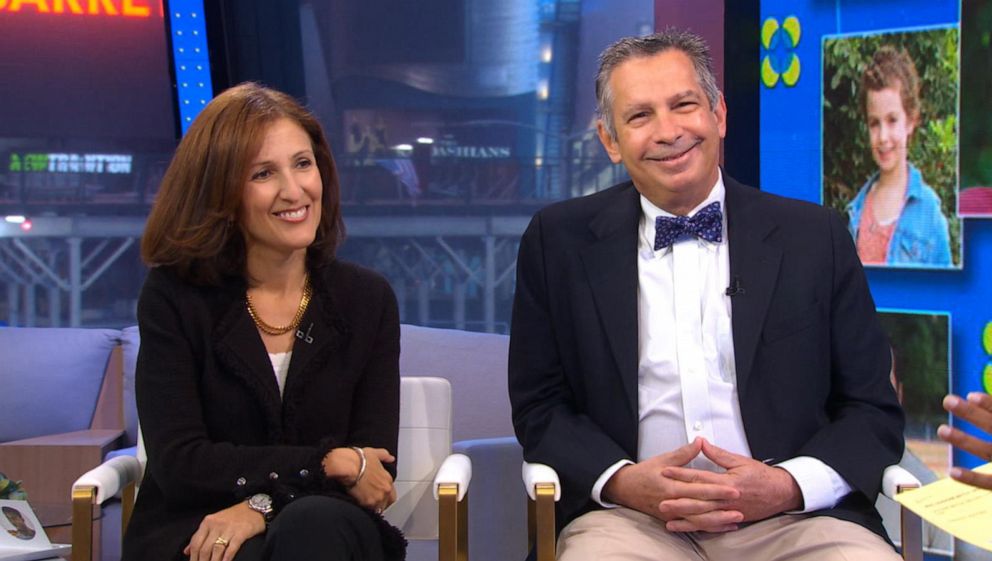 "Cord blood has allowed us not only to expand the donor pool, which is incredibly important, but it's more than that. Actually, there might be some AML or acute myeloid leukemia patients for whom cord blood transplants are actually better," Roboz said. "So the advance is not only to expand access, but to actually make transplant better, safer and more accessible, which is tremendous."

"We now have technologies that allow us to do mismatched related or unrelated donor transplants, which makes participating in Meet the Match even more important. We're a much more diverse population now than we were 10 years ago," Giralt continued.

"We need more and more younger donors," he added. 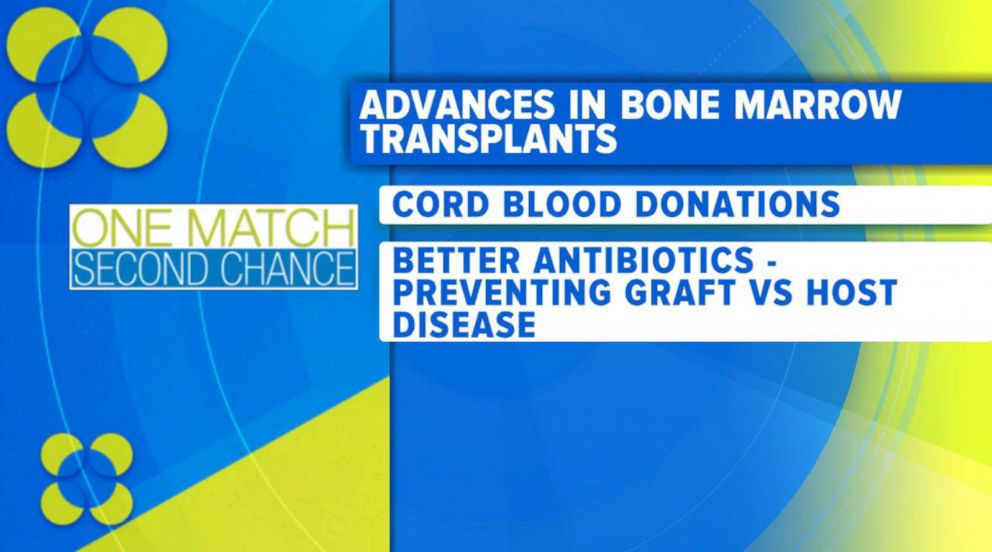 ABC News
There have been multiple advancements in bone marrow transplants over the years.

When it comes to finding a match for patients who need a bone marrow transplant, the science and technology has come a long way in the last few years.

"There have been incredible, incredible changes in how we deal with things like graft versus host disease or complications related to transplant," Roboz said. "Even beyond the initial matching process, the advances are tremendous. And I'll tell you, most people don't actually know that you're not definitely cured if you get a transplant. The assumption is, if you get a transplant, you're definitely cured except that isn't the case. And now we're doing things like manipulating the transplants or using medications even after transplant to prolong remission."

For bone marrow donors, there have also been advancements.

"The collection process is more or less the same. We either do a bone marrow or you do a stem cell," Giralt said. "What happens is after the cells are collected, we're working to either make that graft better so that your recovery is quicker or made that graft more effective so there's a less chance of the leukemia or the MDS coming back."

Roboz demonstrated live on "GMA" how to do two swabs, one for each cheek, to join the bone marrow registry and become a donor. 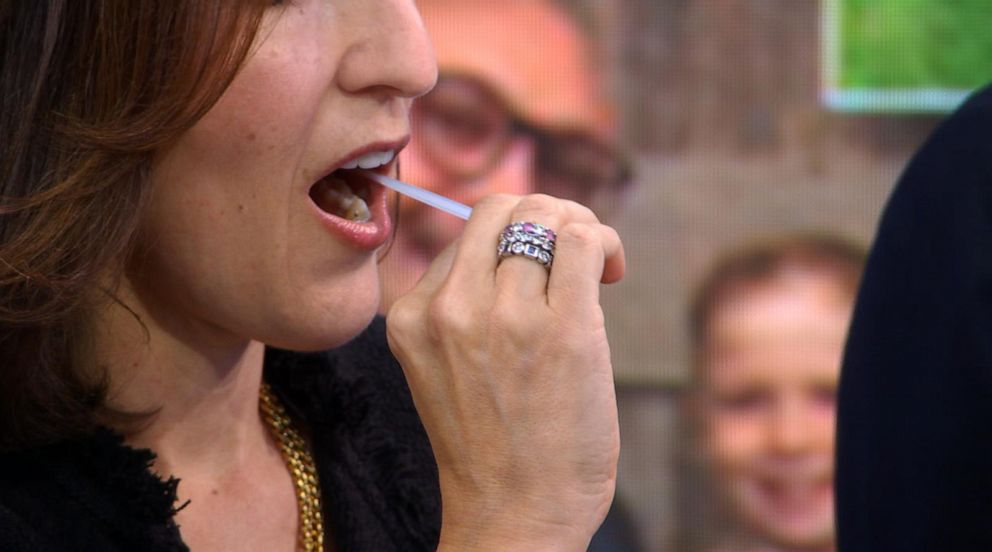 ABC News
Dr. Gail Roboz demonstrated live on "Good Morning America" how to do a cheek swab to become a bone marrow donor.

"When you swab, you swab to commit that when you're called, you're going to be there. It really is painless," Giralt said. "The donor collection process is really fairly straightforward. Either give yourself shots, and then the cells are collected as if you're donating blood, or in certain cases, we do a bone marrow under general anesthesia but really, the most important thing is you are saving a life."

"What's interesting is whenever we've asked donors, they've always come back and said it's been one of the best things they've ever done in their life," he added.

Whether donors choose to donate their own bone marrow or their own child's cord blood, Roboz said both can be done.

"You can sign up for Be The Match, but also, if you're having kids, think about donating a cord to one of the cord blood banks and that's a simple conversation actually to have," Roboz said. "I donated both of my children's cords by the way, and it's a process that is simple for mom to do and another way to be part of the bone marrow transplant cure and miracles that we're trying to have happen."

Six years after her cord blood transplant, Riemer has made a full recovery. She is now spreading awareness of the growing options that are becoming available for bone marrow transplant patients.

"I feel great," she said. "The fact that the technology was there for us is something that I will always, always be grateful for."