Randi Fishman said she was devastated to be told by doctors before the age of 30 that she should look into surrogacy after a recurrence of breast cancer.

“It was really hard,” Fishman, now 34, told "Good Morning America." “I definitely always thought it was something I was going to be able to do and the thought of someone else carrying my own child, I couldn’t even imagine it.” 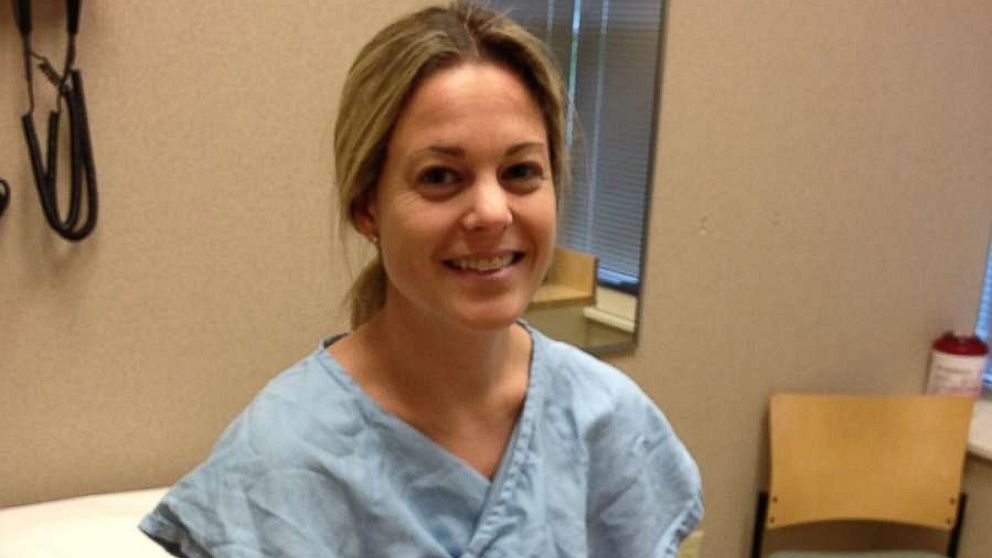 Nearly seven years later, Fishman is the mother of an 11-week-old daughter who was delivered by Fishman’s sister, Erin Silverman. 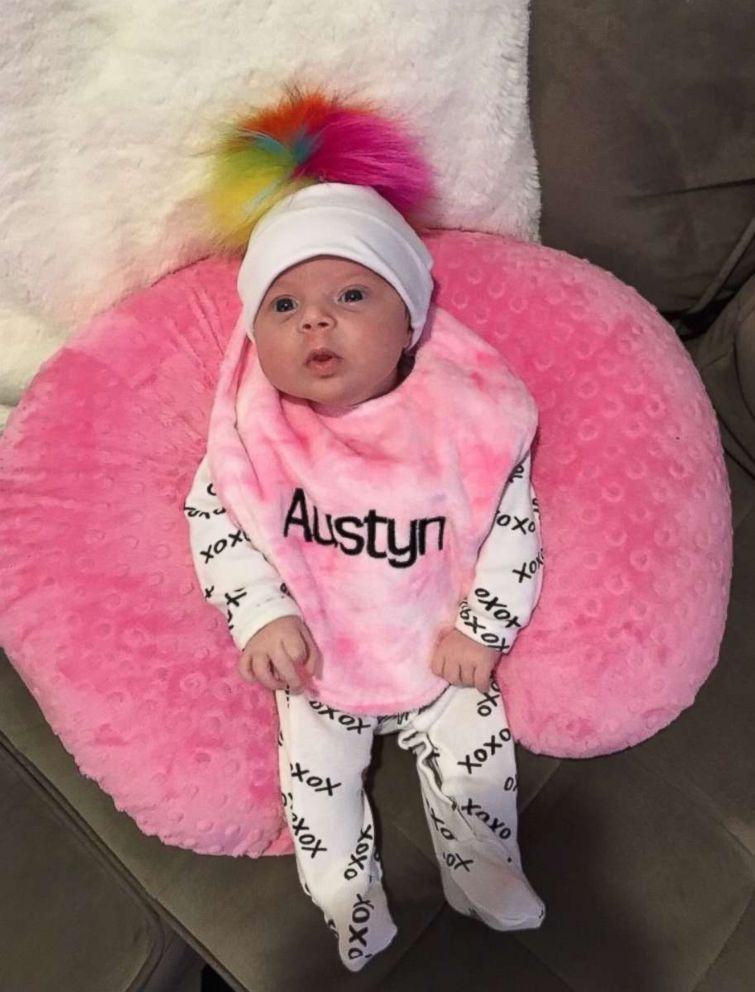 Randi Fishman
Austyn Fishman was born on Dec. 8, 2017, in Maryland.

“I’m her sister. If I can have a baby for her, why not. Of course, I was going to do it,” Silverman told ABC News. “It’s not even a question. It’s the least I can do.”

The 35-year-old said she always told her younger sister, who lives just minutes away from her in Potomac, Maryland, that she would be her surrogate as soon as she was done having her own children.

The mother of two daughters, ages 3 and 2, started the surrogacy process for her sister in 2016. She underwent months of medical tests and shots to make sure she was healthy enough to carry Fishman’s baby.

Silverman is the only one of three daughters in her family to not carry the BRCA1 gene, which can greatly increase a woman’s risk of developing cancer, particularly breast and ovarian cancers, according to the National Cancer Institute. 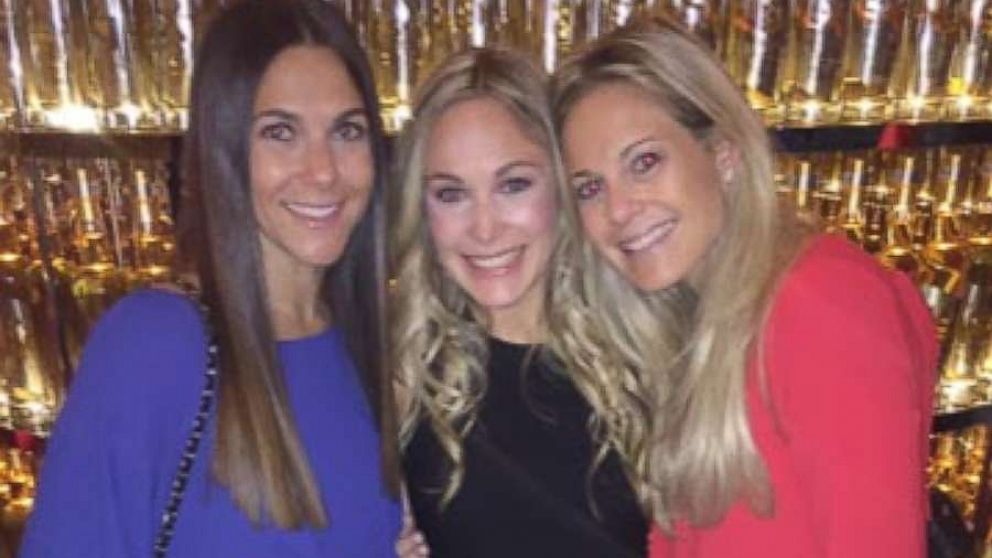 After her first diagnosis, Fishman decided to freeze her embryos, which were tested for the BRCA1 gene. Only the embryos that were negative were used for implantation, according to Fishman.

She and her husband used a surrogate in Wisconsin to welcome their first child, a now 3-year-old daughter, Parker.

Fishman said she felt extremely lucky to be able to not only have her sister carry her second child but to be there by her side as she went through the pregnancy. 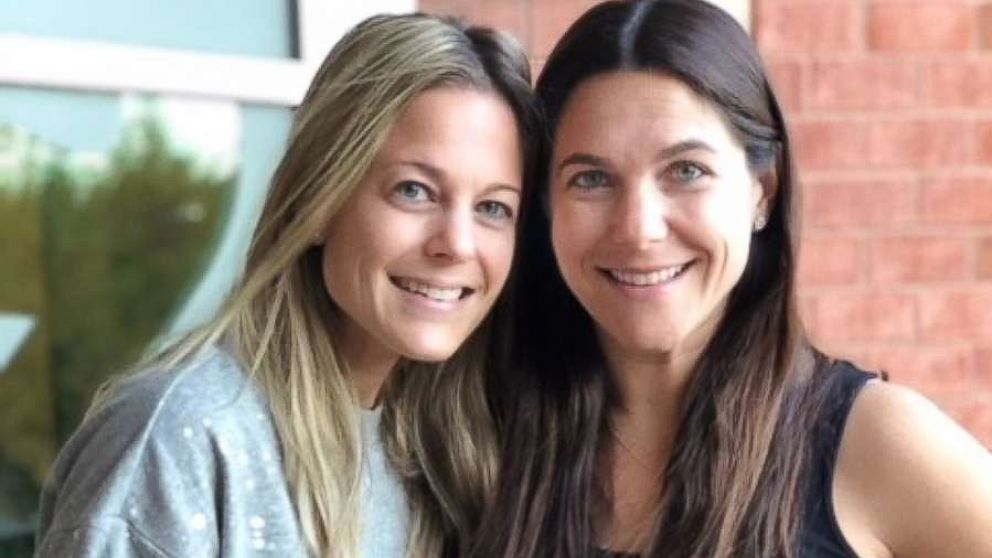 “With our first surrogate, I wasn’t there and had to just trust her with everything,” she said. “With my sister, I got to go to every doctor’s appointment and help her as much as I could.”

The situation with Fishman watching over Silverman even became comical at points, like when the families went to dinner together and Fishman caught herself monitoring her sister’s food.

“We were out to dinner and she ordered a Caesar salad and I yelled at her, ‘That has raw eggs in it. You can’t eat that,’” Fishman recalled. “And she was like, ‘I know what I’m doing.’”

Fishman was also there to help Silverman as she was put on bed rest in the final weeks before delivering Fishman’s daughter, Austyn Harli, on December 8, 2017. 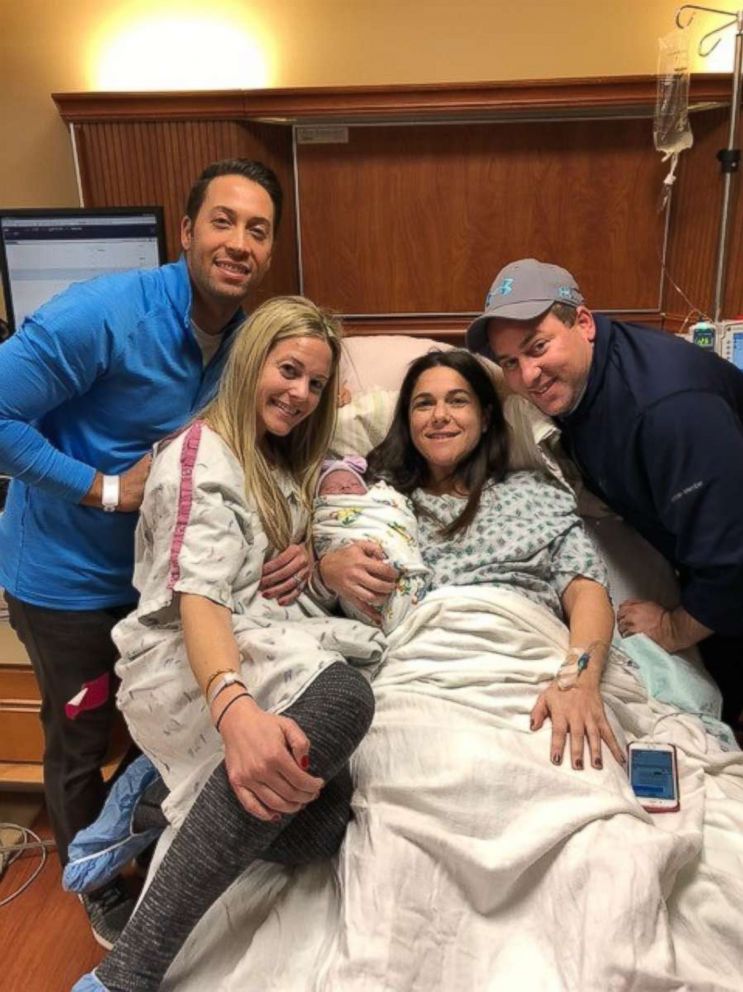 “It was the most incredible gift that I’ve ever given to anybody,” said Silverman, who also credits her husband with getting her through the pregnancy. “I want to share my story to inspire others, even if one other person does what I did.”

"This was an amazing experience to help a couple facing a devastating diagnosis preserve their ability to not only have children but children that would not face the genetic cancer risk of the BRCA gene," O'Brien told ABC News. "The involvement of Randi’s sister strengthened the shared commitment to achieving another successful pregnancy. I’m grateful to have been their physician."

Fishman recently underwent a full hysterectomy to prevent the risk of ovarian cancer. She said going through a "couple of crazy, hard years" following her breast cancer diagnosis has paid off. 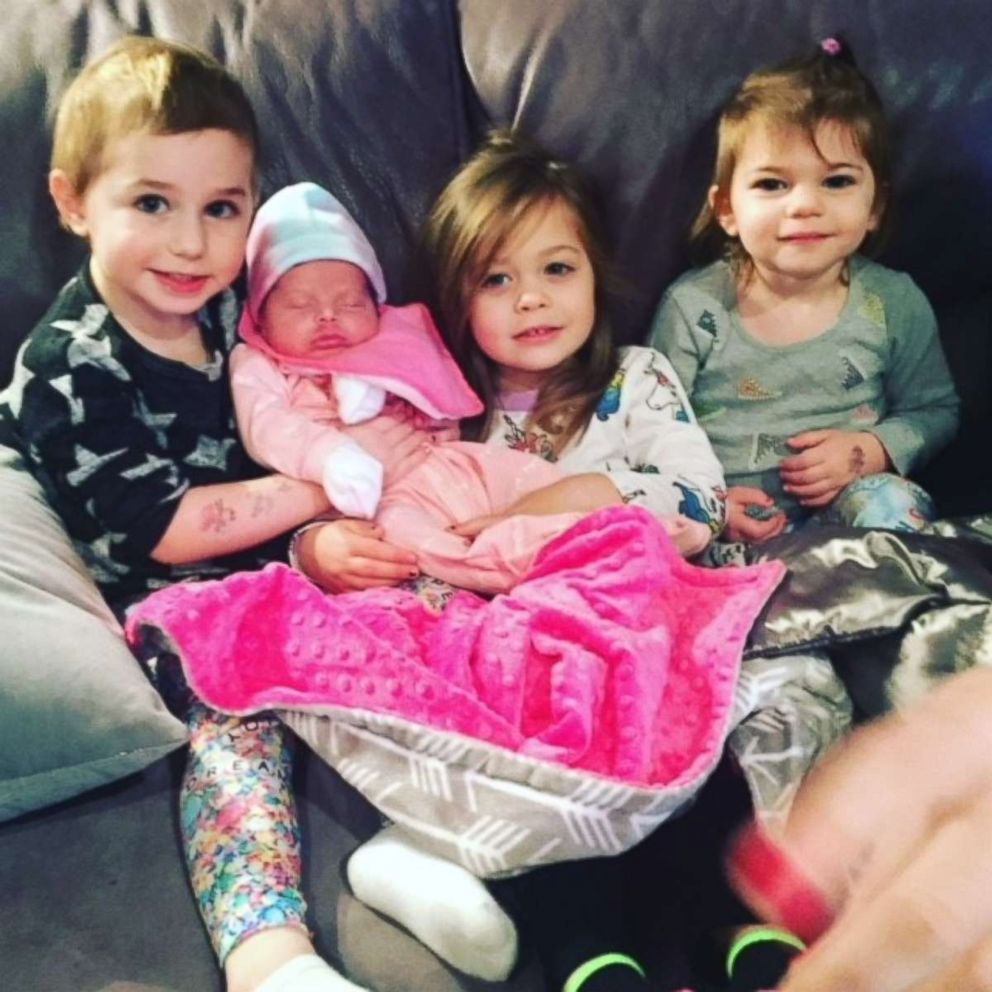 Erin Silverman
Austyn Fishman, in pink, poses with her sister and cousins.

"It’s crazy to me," she said. "I didn’t think I would be able to have a family with kids and I had pictured that my entire life."

She continued: "When I got the diagnosis, I didn’t know what was going to happen with my life, and it’s just unreal today that I have these two amazing, healthy babies. It’s the best gift ever."

This report was originally published on February 23, 2018.