By Katie Kindelan
Video by Nidhi Singh, Elisa Tang
Share —
Sign up for our newsletters to get GMA delivered to your inbox every morning!

Kristyn Watkins got her first menstrual cycle when she was 10 years old and then suffered from what she describes as debilitating, heavy periods for nearly the next three decades.

"As a young child, I thought it was normal to have an extremely heavy flow and it continued my entire life," Watkins, 37, told "Good Morning America," adding that she often felt embarrassed about her heavy periods. "I never talked about it with anyone my whole life because it's a private thing."

Watkins said her mother had experienced the same complications, as had Watkins's grandmother, whom she said underwent a hysterectomy at age 32 because of her excessive bleeding.

"I remember my mom saying, 'Oh, I know honey, Nanny and I are going through the same thing and know it's hard,'" said Watkins, a school principal in Indiana. "I don't think they realized that it wasn't normal either."

Watkins lived with her heavy periods -- which would often force her to stay home or stay near a restroom -- without knowing any better or having any relief until the age of 33, when she gave birth to her first child, a daughter named Georgia. 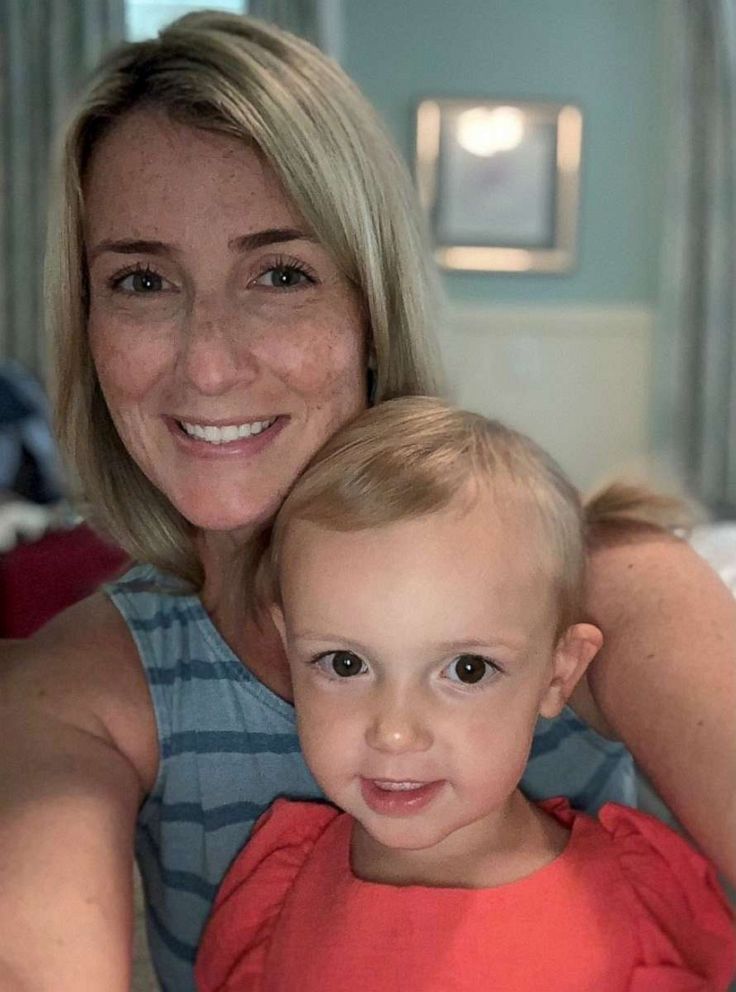 "I thought my cycle was heavy before I had children, and after I had her, it was even worse," said Watkins, who finally spoke about her menstrual bleeding with her OBGYN, Dr. Todd Rumsey, chief medical officer of the Cameron Memorial Community Hospital in Angola, Indiana.

"I realized in talking to him that, 'Oh my gosh, this isn't normal,'" said Watkins. "I was suffering when I didn't have to be."

Menstrual bleeding that lasts more than seven days or is very heavy is called menorrhagia. It affects more than 10 million American women each year, or one out of every five women, according to the U.S. Centers for Disease Control and Prevention (CDC).

Non-surgical treatments for menorrhagia include treatments like iron supplements, birth control pills, hormone therapy and over-the-counter painkillers like Advil, according to the CDC. 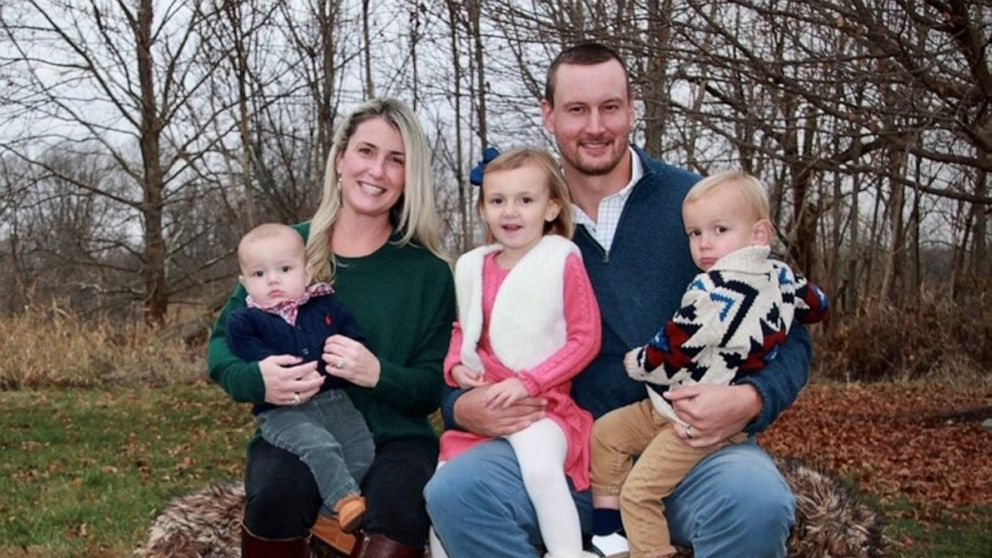 Watkins's procedure was performed by Rumsey using the Cerene Cryotherapy Device, which was approved by the U.S. Food and Drug Administration (FDA) in 2019. Rumsey is the first doctor in the U.S. to perform a commercial Cerene cryoablation, the first of which he performed last December.

While traditional endometrial ablations use heat and therefore require anesthesia, the Cerene cryoablation allows for patients to undergo the procedure in a doctor's office because it does not require general anesthesia, according to Rumsey.

The procedure takes less than seven minutes and works by freezing the endometrial lining of the uterus, Rumsey said. 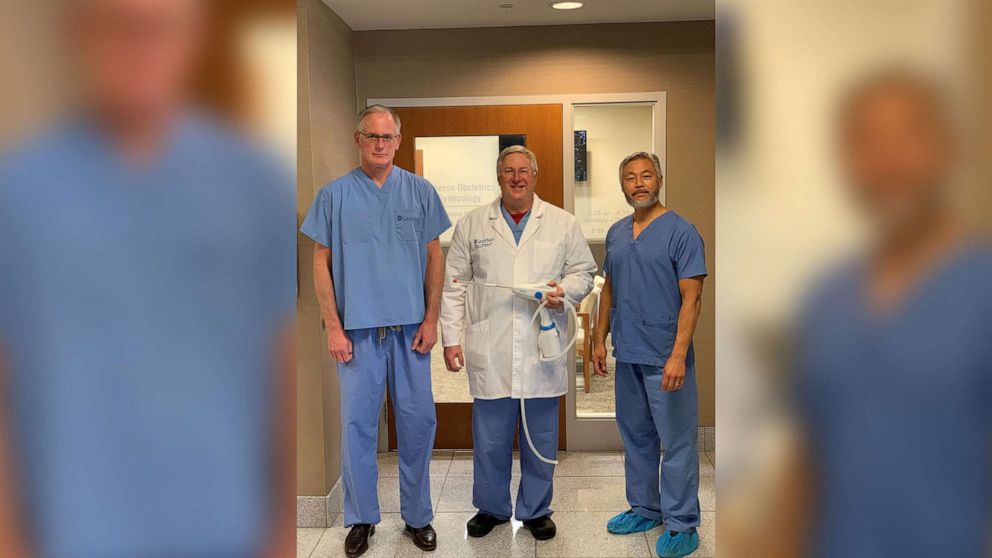 "This is a non-hormonal way of managing the menses," he said, adding that the recovery from the procedure is just a few days compared to possibly weeks for a hysterectomy, which is still an option for women.

"I believe that hysterectomy may be very appropriate for some women, and when that's the case, allowing that woman to proceed is very important," he said. "If we can offer medical or surgical options that do not pose significant downtime or significant long-term risks, I think that is of advantage to a woman."

Watkins had to wait until after she had her final child to undergo the procedure, because while it does not cause infertility, it does make future pregnancy risky. It is highly recommended that patients use contraceptives after the procedure, according to the FDA.

Women also have to undergo screenings prior to the procedure to make sure their heavy bleeding is not due to underlying causes like cancer or fibroids, according to Rumsey.

"When the menstrual flow is disruptive to a woman's day, her ability to interact with others, when it gets into the way of her being the employee or the boss, the wife, the best friend, the mom, the sister, when it gets in the way of doing those things, then we need to have a discussion as to how can we make this less disruptive," said Rumsey. "For it to take away from your ability to do those things is not OK."

Watkins said she has noticed a marked difference in her periods since undergoing the procedure, saying she feels like a "new woman." 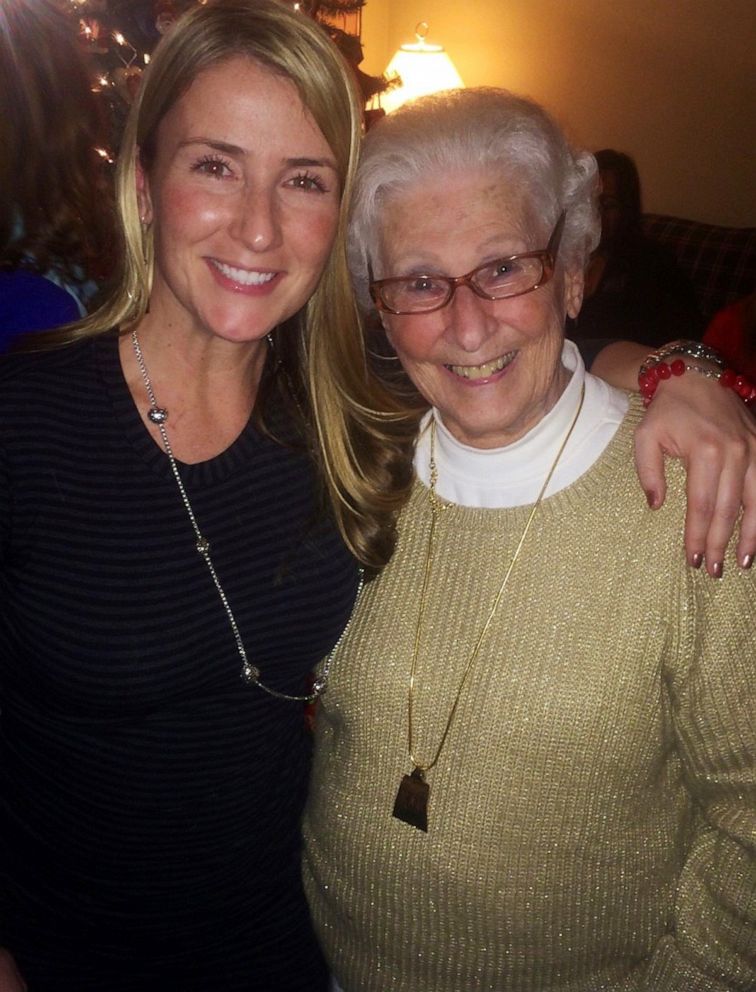 While Watkins was once extremely private about the subject, she is speaking out now in hopes of helping other women.

"I want people reading this to know that it's not normal to have to stay close to a restroom for close to one week out of the month for fear of what may happen," she said. "We know our body better than anyone. If you feel as though something isn't right, say something."