Raiden Gonzalez, a pre-kindergarten student in San Antonio, Texas, is preparing to celebrate his fifth birthday Sunday without either of his parents by his side.

Raiden, an only child, lost both of his parents, Adan and Mariah, over a span of around 100 days due to COVID-19, according to Mariah's mother, who is now caring for Raiden.

"He understands what happened with his dad and that his dad is an angel, but he can’t process yet that Mariah is gone and she is an angel too," Rozie Salinas, Mariah's mother, told "Good Morning America." "There are times when he has his moments. He’ll ask why he can’t have his mommy back."

Mariah Gonzalez, 29, passed away on Oct. 6, less than 24 hours after she was taken by ambulance to the hospital from Salinas' home, where she had been staying with Raiden, Salinas said.

The preschool teacher had been feeling fine up until the night of Oct. 5, when she started to complain of chills and body aches and then had difficulty breathing, said Salinas, who called 911 and watched as her daughter was taken away in an ambulance. 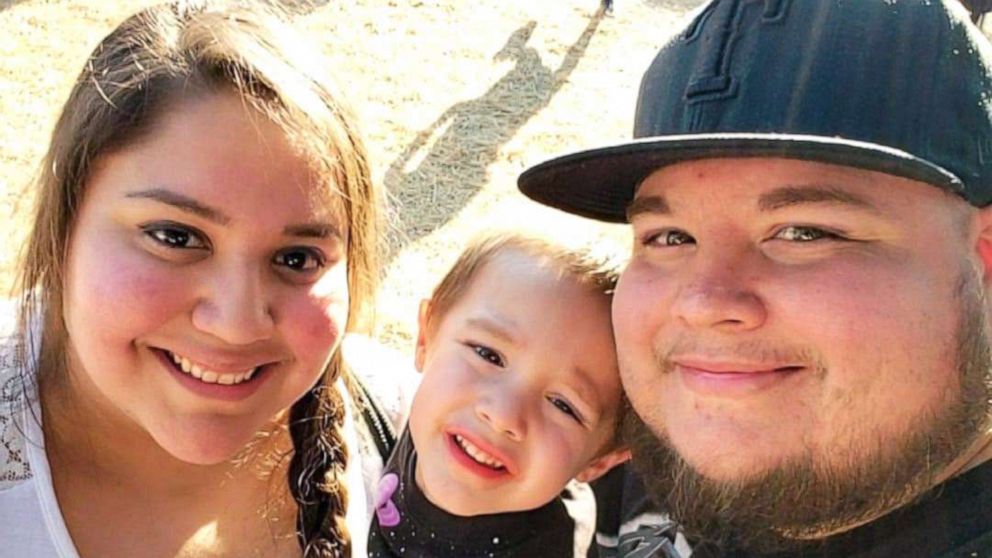 "I didn’t think that was going to be the last time that I was going to see her," said Salinas. "By [the next] morning, she was gone."

Salinas said medical staff at the San Antonio hospital where Gonzalez was treated initially said she tested negative for COVID-19, but later said a COVID-19 test for Gonzalez came back positive after she had passed away. The official causes of death on Gonzalez's death certificate are listed as COVID-19, pneumonia and acute respiratory failure, according to Salinas.

"We’re still having trouble processing everything because she just went too quick," she said. "It didn’t make any sense to us."

Gonzalez's husband, Adan, passed away from COVID-19 on June 26 after spending nearly four weeks hospitalized with complications from the virus.

The family believes Adan contracted COVID-19 through his work as a cement truck driver. They say the 33-year-old had no preexisting conditions and had just passed a physical exam that was required for his job.

"It was very rapid," said Margie Bryant, Rozie Salinas' sister and Mariah Gonzalez's aunt. "Adan started having symptoms on May 31, what he referred to as allergies ... and on June 3 he tested positive" for COVID-19.

While the Gonzalezes both had to continue working outside the home, family members say they were very cautious about the virus, wearing face masks and staying out of public places as much as possible.

"Because of the little one [Raiden] and because of the job that Mariah does, they were very cautious and they kept their exposure going out very limited," said Bryant. "Adan was a dad just trying to make a living for his family, and Mariah was too, and they were taking the precautions." 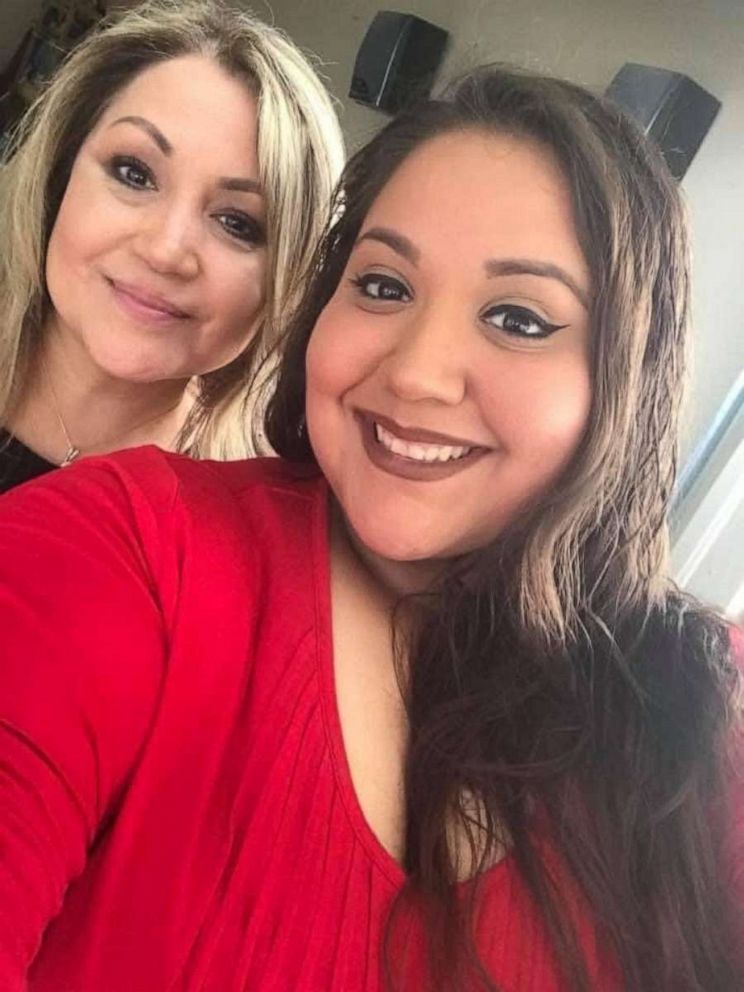 Courtesy Rozie Salinas
Mariah Gonzalez, who passed away in October, poses with her aunt, Margie Bryant.

Now the family is trying to pick up the pieces and make a new life for Raiden, who will continued to be cared for by Salinas.

Raiden will turn 5 on Nov. 22, but the family is planning to celebrate his birthday a week later, on Nov. 28, with a birthday parade that has turned into a celebration supported by the local community.

"He was sad he wasn’t going to be able to celebrate because he doesn’t have a mom and dad, and I told him, 'No, we’re going to have a drive-by parade for you,'" said Bryant, who is helping to coordinate what the family is calling a "roar and wave" parade for Raiden, who loves dinosaurs.

The family has set up a GoFundMe campaign to help raise money for Raiden's future, and the effort has raised more than $100,000 from members of the community and strangers from around the world. 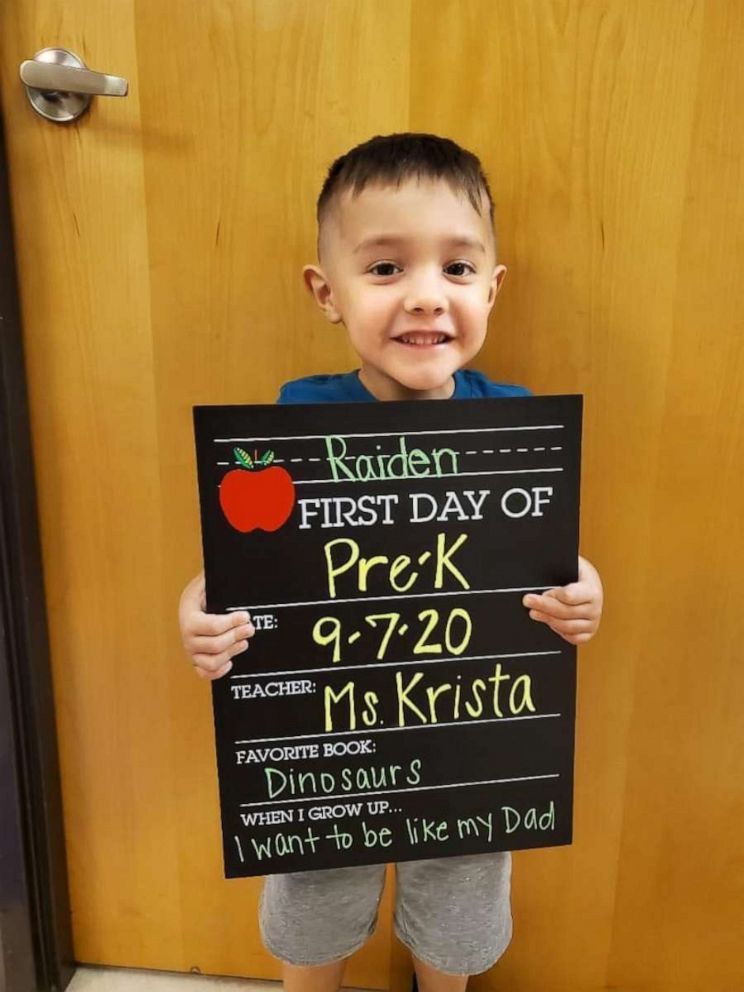 Salinas said she is sharing her family's story in hopes of reminding people that the coronavirus pandemic is not over and that its complications have far-reaching consequences, like forever changing the life of Raiden.

At least 247,000 people have died in the U.S. due to COVID-19, and more than 11 million U.S cases have been diagnosed since the start of the pandemic.

Health officials are now also warning about an even larger potential outbreak of COVID-19 if people don't follow safety guidelines in celebrating Thanksgiving.

"I really want people to take COVID seriously. It’s not a joke and they just need to be extremely careful," said Salinas. "If they don’t have to be out and about, don’t do it. Be extra careful and think about your family and everyone else around you."