A 9-year-old ran through a crowd of loved ones at Texas Children's Hospital and rang a bell to celebrate being declared cancer-free after a bout with ovarian cancer.

Kaylee Tolleson was diagnosed with stage 3 ovarian cancer on March 25, 2019. Four months later, after missing parts of her third-grade school year and undergoing surgery and chemotherapy, doctors said she was cancer-free.

"When we were walking out Kaylee was dancing down the hall and I busted out crying," mom Kelly Tolleson of Missouri City, Texas, told "Good Morning America." "It's just a sigh of relief. Of course Daddy cried a lot. That's his little girl."

For months, the 9-year-old had been experiencing stomach pains which doctors initially thought was constipation -- but an ultrasound revealed a 10 centimeter tumor. 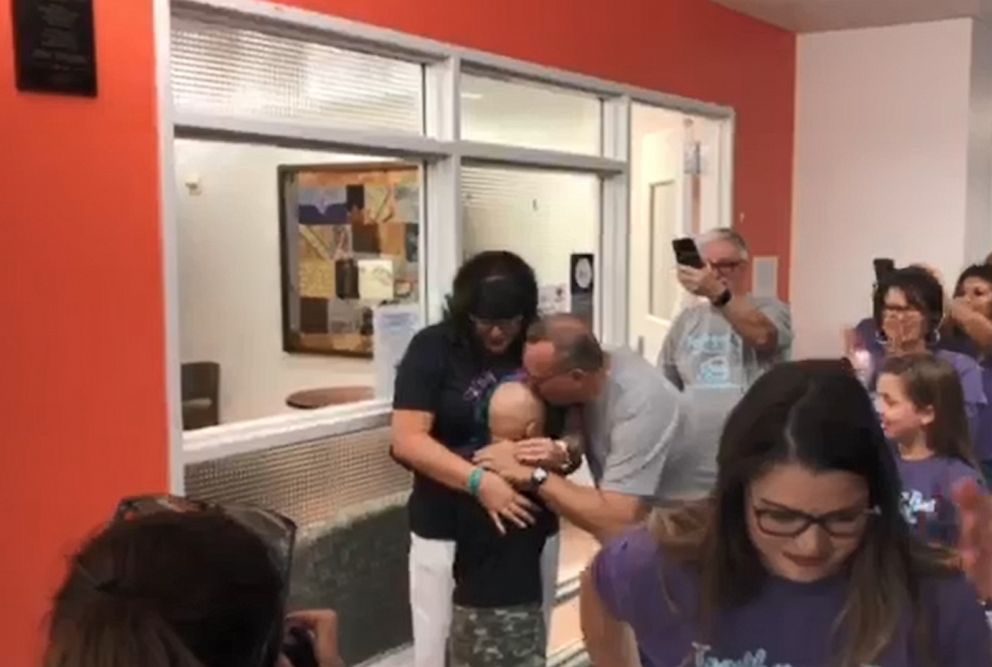 Childhood ovarian cancer is rare and accounts for less than five percent of all ovarian cancer cases, according to the U.S. Department of Health and Human Services 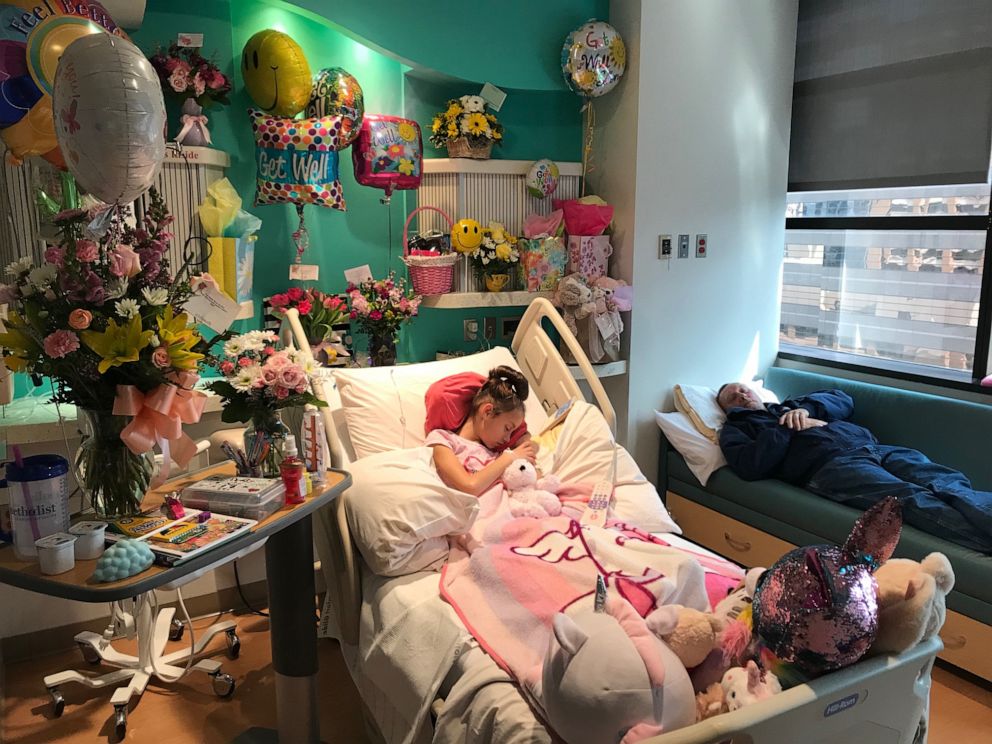 One week after her diagnosis, Kaylee underwent surgery to remove the mass.

"Two weeks later we got the report that it had spread to her abdominal lining and that's what made her stage 3," Tolleson said. "That's when she needed chemotherapy."

"Her world was turned upside down," mom added. "Every thing was taken away -- her ice skating, her Girl Scouts, she couldn't play outside. She was removed from school and couldn't complete her last 9 weeks of third grade."

After doctors gave her a clean bill of health, Kaylee joyfully rang the bell signifying she was cancer-free. She was surrounded by hospital staff, family and friends. 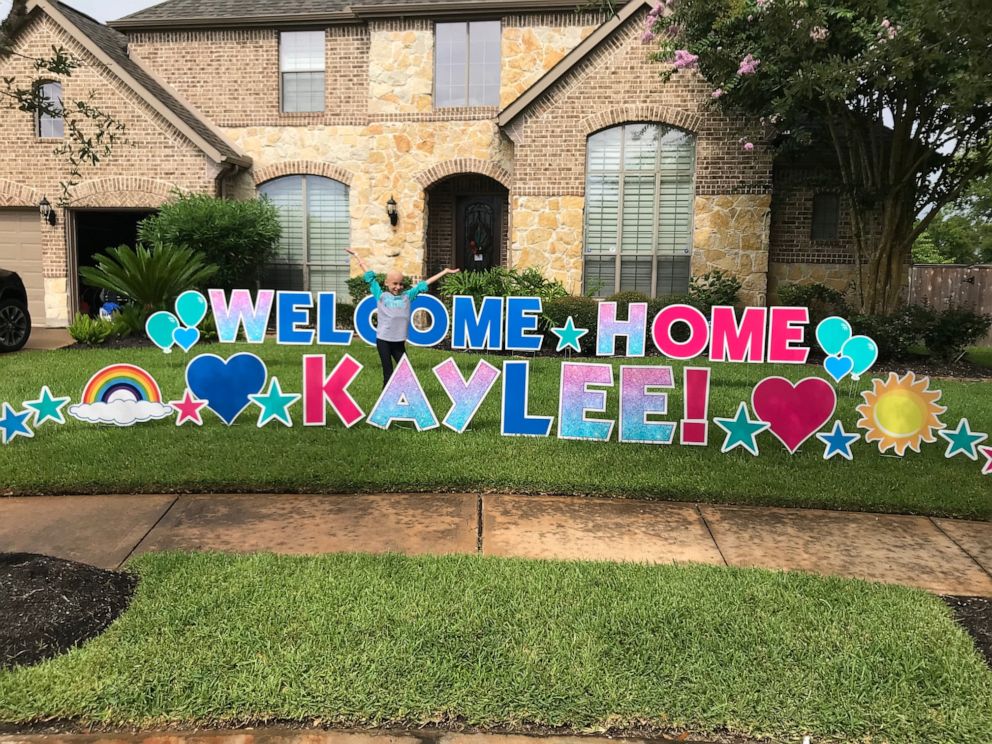 Kelly Tolleson
Kaylee Tolleson was diagnosed with stage 3 ovarian cancer on March 25, 2019 and underwent surgery to remove the mass.

"It feels amazing to ring the bell because everyone will know that I finally finished my chemo treatment, and that I'm cancer-free," Kaylee said in an interview with Texas Children's. "I'm going to be getting out of here, busting my way out."

"It's been like an emotional roller coaster," she added. 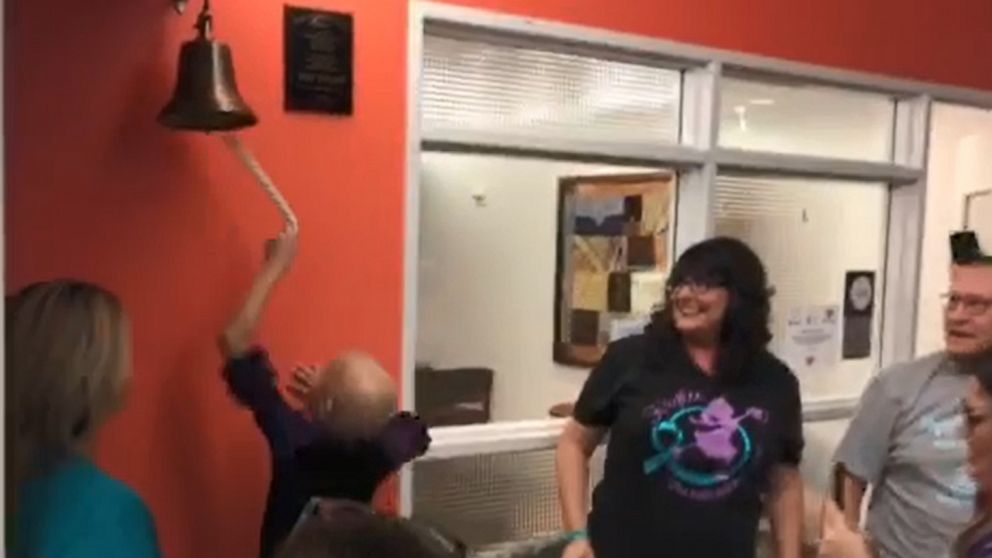 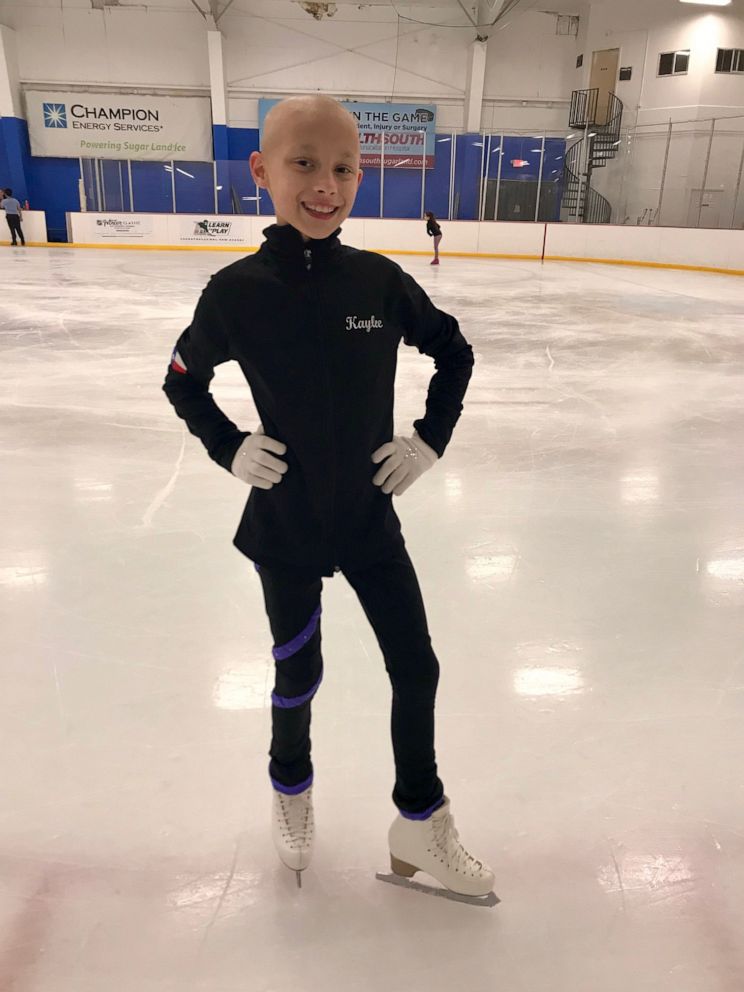 Kelly Tolleson
Kaylee Tolleson is looking forward to returning to school and getting back to ice skating since beating ovarian cancer.

Tolleson said, "I'm amazed by her strength in how she got through this, and stayed happy."

Kaylee is looking forward to returning to school and getting back to ice skating.