The "Frozen 2" soundtrack dropped last week and fans are already humming along to the sequel’s tunes.

And with 46 new songs on the soundtrack, including seven new original songs for each character in the film, it’s hard not to have the songs on repeat and sing along, too.

Now, for the first time in forever, the creators of "Frozen 2" are going "into the unknown" and giving a rare glimpse at what went into making the sequel in a new six-part podcast called "Inside Frozen 2" before the film hits theaters on Nov. 22.

Hosted by ABC News Chief Meteorologist Ginger Zee, the podcast, which is out today, will spotlight all the creators, songwriters, animators and composers who brought film to life.

In the first episode, Kristen and Bobby Lopez, the Oscar-winning songwriting duo behind the catchy "Frozen" songs six years ago, shared their creative process and evolution of the highly anticipated songs of the film’s sequel.

With the success of the first film, the husband and wife duo knew they had to dig deep on each song to capture each character's story in the sequel about Elsa’s mysterious powers. 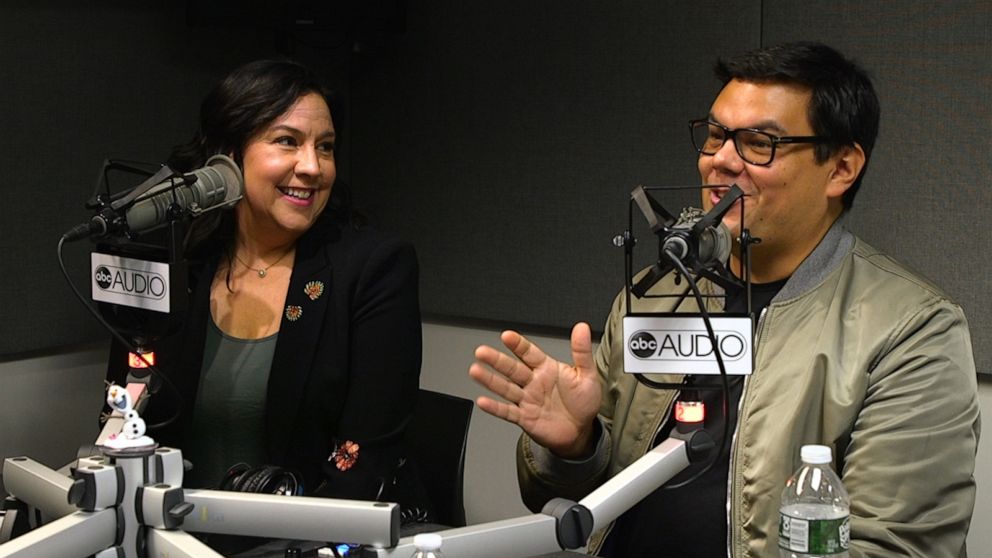 And while the process may seem simple, they pointed out that it took them nearly two years of talking about the story with the other creators of the film before they could even get to work on the songs.

Although they faced some challenges of their own in the songwriting process, Kristen and Bobby also talked about the magical experience they had working on the film’s sequel.

"The cool thing is Disney Animation has put so much beauty into this that we had never envisioned," said Bobby. "The way it’s rendered, the way the shots are, it’s just gorgeous."

(MORE: Exclusive 1st look at 'Frozen 2' trailer: Elsa must find out the 'truth' about her past)

Here are some of Kristen and Bobby Lopez’s behind-the-scenes secrets they shared in episode 1 of "Inside Frozen 2": 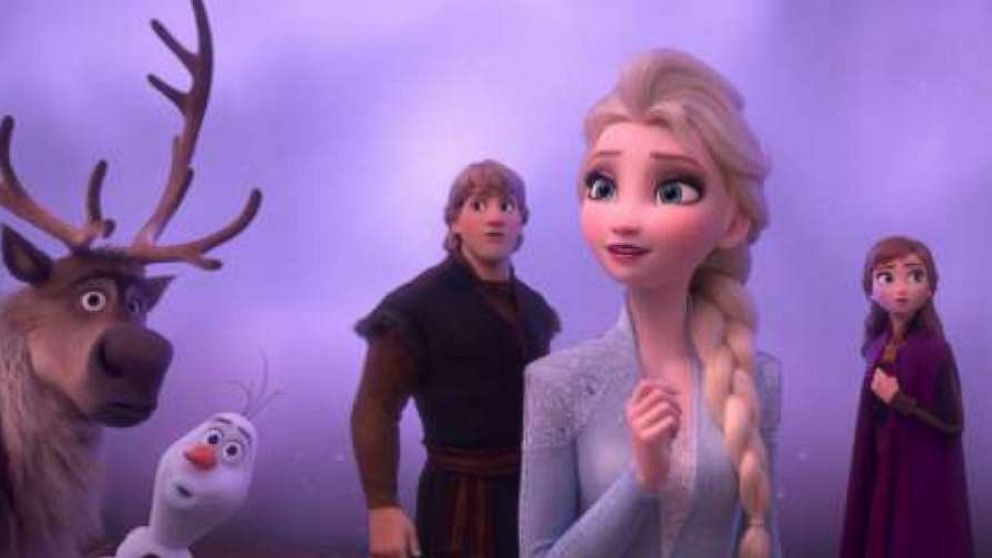 While there have been a few sequels to some of Disney’s beloved classic films in the past, this is the first time that the division of Disney Animation has come back with a musical sequel for a film. When the Lopezes were brought back for "Frozen 2," the pressure was on. "We don’t know too many musical sequels as a culture," said Bobby, who saw it as a big challenge in the beginning of their songwriting process.

Disney
In Walt Disney Animation Studios' "Frozen 2," Kristoff and Sven find themselves among a herd of reindeer.

In the first film, Kristoff, the ice harvester who accompanied Anna in her journey to find her sister Elsa in the first film, had only one tune. Now, Kristoff, who is voiced by actor Jonathan Groff, is back in the second film and has his moment with a ballad of his own, called "Lost in the Woods," to express his feelings for Anna.

"He’s got to find his inner romantic and be able to express it to her. And it’s not easy," said Bobby, who mentioned that it’s not easy for men to express love in that way.

The inspiration behind Kristoff’s ballad? Kristen and Bobby’s love for '80s music.

"There was a time that you could have huge emotions as a man and really sing about them," said Kristen. "If you think about all of those power ballads that Bon Jovi sang and Chicago and Richard Marx, all of those people were allowed to sing them." 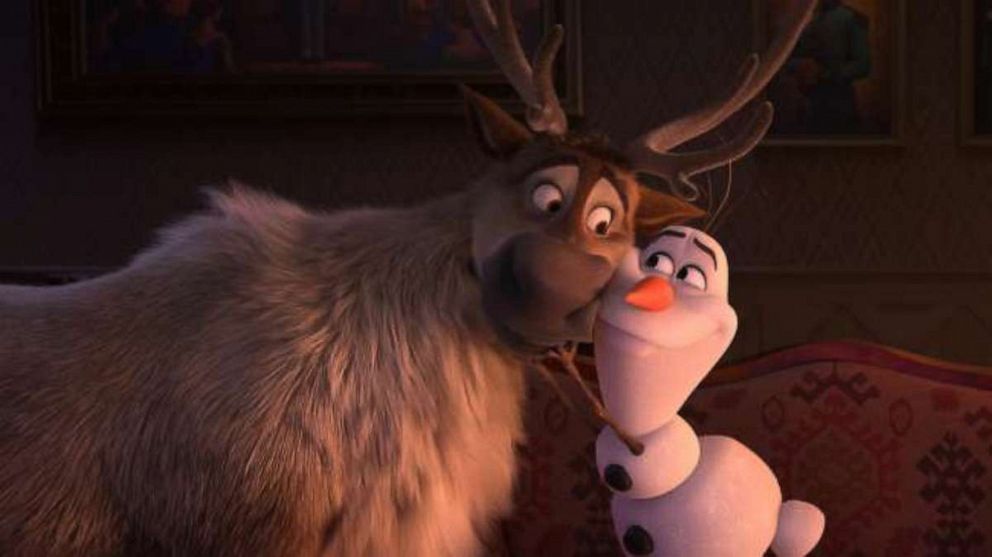 Disney
Trusted reindeer Sven and curious snowman Olaf (voice of Josh Gad) are up for an adventure in "Frozen 2." They join Kristoff, Anna and Elsa on a journey into the unknown in search of answers about the past.

Fans fell in love with Olaf, the funny snowman voiced by Josh Gad, who sang about summer in the first film. His song was a major hit, but it was a challenge for Kristen and Bobby to find a spot in the sequel for a similar song moment for the character. It wasn’t until Kristen took a trip to an ice skating rink in New York’s Prospect Park that the words started coming to the songwriter.

"I was ice skating around and I was thinking about how, oh my gosh, none of this makes sense right now. It’s all so scary," recalled Kristen. "But I have to trust the process. I know in three months or five months or nine months, this is all going to be OK. This is all gonna make sense."

That’s when she realized she had her lyrics and ran up to the guy who rents ice skates at the skating rink to borrow paper and a pen.

(MORE: The 'Frozen 2' teaser trailer is here and Twitter is losing its mind) 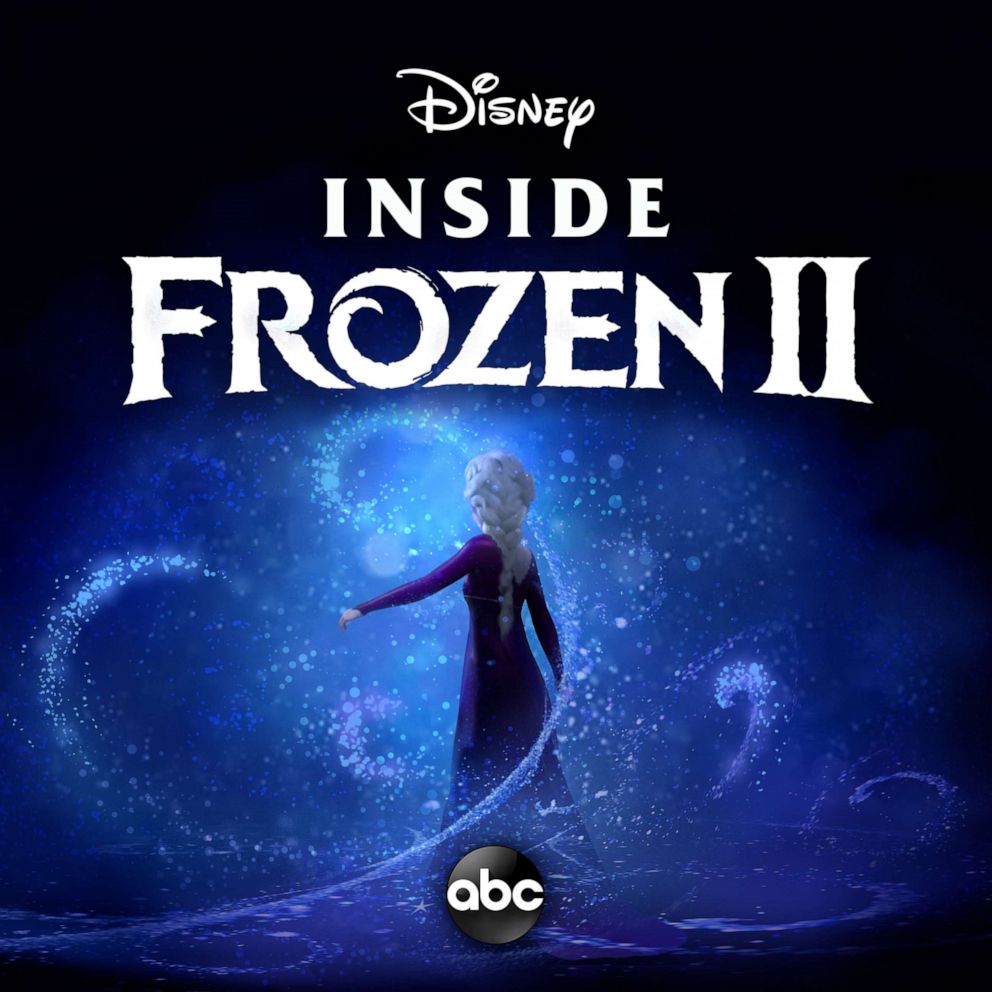 The "Inside Frozen 2" podcast offers a rare behind-the-scenes look at the making of "Frozen 2." For the first time, the Oscar-winning filmmakers of Walt Disney Animation Studios are pulling back the curtain, revealing the creative process that brought the next chapter in the Frozen saga to life! Listen for free on the following apps: 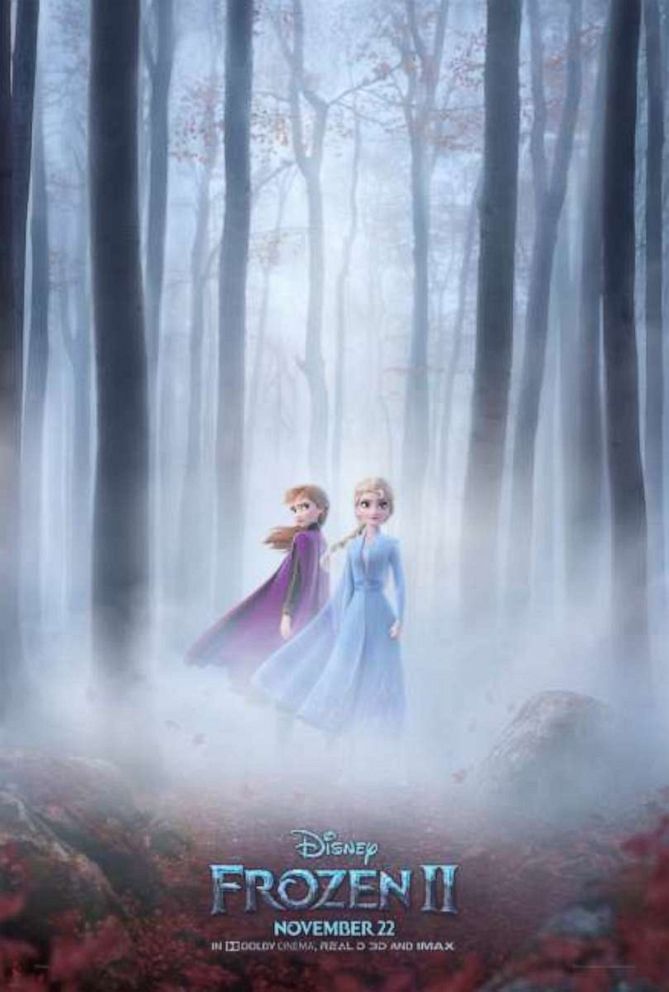