Schneider, a writer from Oakland, California, won her third match against fellow finalists Andrew He and Sam Buttrey on the quiz show's Nov. 21 episode and will receive the $250,000 grand prize.

"I feel amazing," Schneider said in a statement. "Earlier in the finals, I had this sudden moment of seeing myself and being like, 'I'm on stage in the Tournament of Champions finals' and that was crazy. And I won! It's a great feeling."

Schneider is the first openly transgender contestant to compete in and win the "Jeopardy!" Tournament of Champions.

"I'm going to keep going out there and being me," she said of the historic moment. "Being in places where people like me haven't seen before, it's a very powerful thing to do." 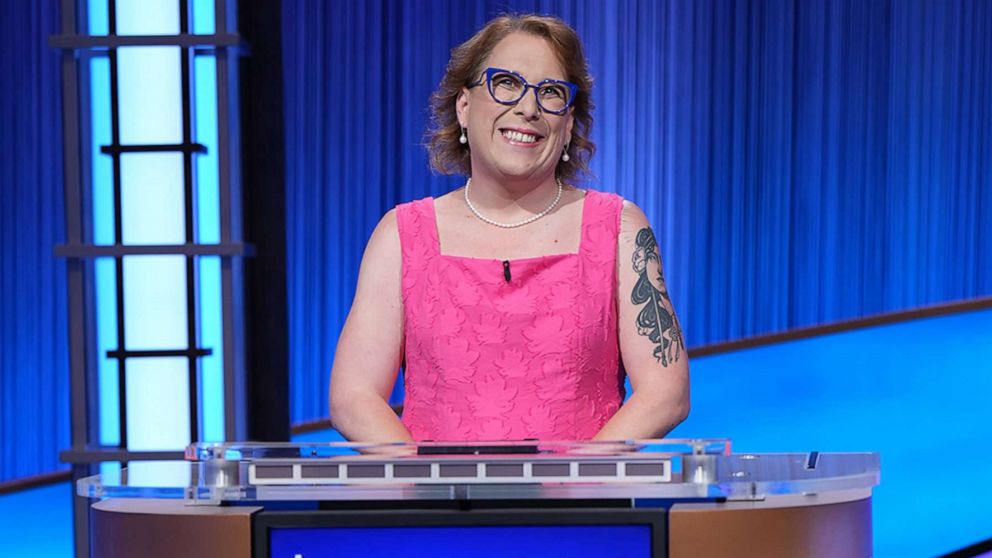 In the epic showdown, He, a software developer from San Francisco, won $100,000 for second place and Buttrey, an associate professor of operations research at the Naval Postgraduate School, won $50,000 for third place.

As for her "Jeopardy!" legacy, Schneider currently holds the second-place spot for consecutive games won (40) and the fourth-place spot for highest winnings (regular-season play) at $1,382,800.

With her Tournament of Champions win, Schneider now takes the fourth-place spot in terms of all-time winnings (including tournaments) from Matt Amodio. Schneider's new total is $1,632,800, compared to Amodio's $1,518,601.