"Jeopardy!" champion Amy Schneider announced Tuesday on social media that she and her partner Genevieve Davis are married -- and the ceremony took place months ago.

In an Instagram post featuring photos from the couple's special day, Schneider wrote that she and Davis were "delighted" to share that they were married in a "small private ceremony" on May 9.

"We will still be having a traditional wedding & reception next summer, but our lives have been much too busy this year to get very far in planning it, and we couldn't wait that long to proclaim our love and commitment to each other," she wrote.

Over on Twitter, Schneider shared the same photos alongside a different caption, one that reflected on how she felt before beginning her "Jeopardy!" journey and her life with Davis.

"A year ago today, I was in LA, waiting to fulfill a dream. The year since has been full of good days, but by far the best one was May 9th, when Genevieve and I got married," she wrote. "Without her, none of the other good days would have happened. I'm so lucky to share my life with her!" 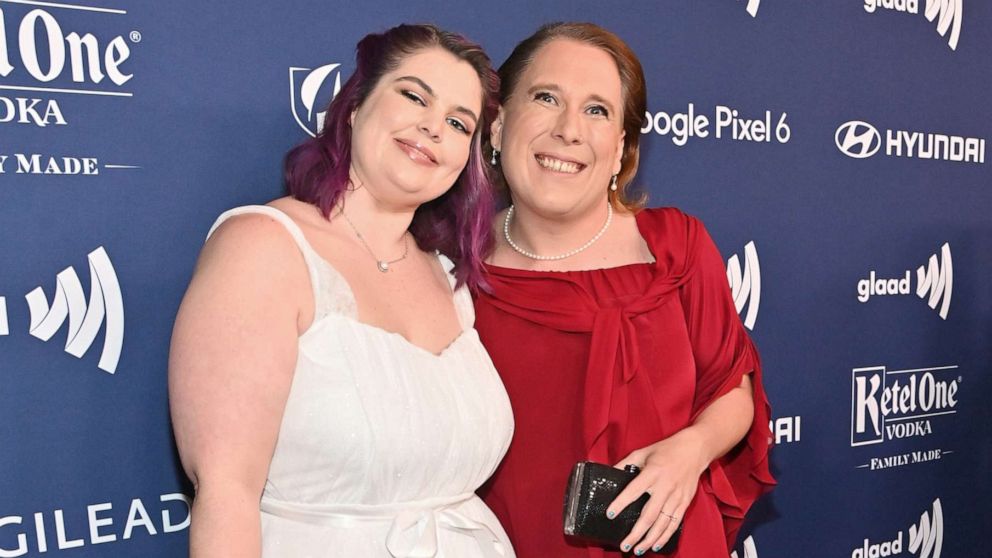 In the photos, both Schneider and Davis are glowing in their white bridal looks with floral crowns and pearls to top it all off.

The couple got engaged in February, about a month after Schneider's historic "Jeopardy!" run came to an end.

Amassing a 40-game winning streak, which began Nov. 17, 2021, Schneider solidified her spot in the history books as the person with the second-most consecutive wins of all time, behind only Ken Jennings, whose 74-game record has held since 2004.

Next up for Schneider is competing in the upcoming Tournament of Champions this fall.