Gabby Windey's journey concluded on Tuesday night with an engagement to Erich Schwer while Rachel Recchia's romance with Tino Franco, unfortunately, didn't have the storybook ending they'd hoped for.

Windey and Schwer's relationship seemed to be on the ropes after their final date, with him saying he wasn't ready to for an engagement and wanted to date her outside the show. That sent Windey storming off in tears, saying, "I don't want to do this anymore," and calling the situation a "big, fat dumpster fire."

However, when the big moment arrived, Schwer ultimately did get down on one knee and proposed. "I thought you were too good to be true, but now I know you're too good and you’re also true," he told Windey. "I love you," 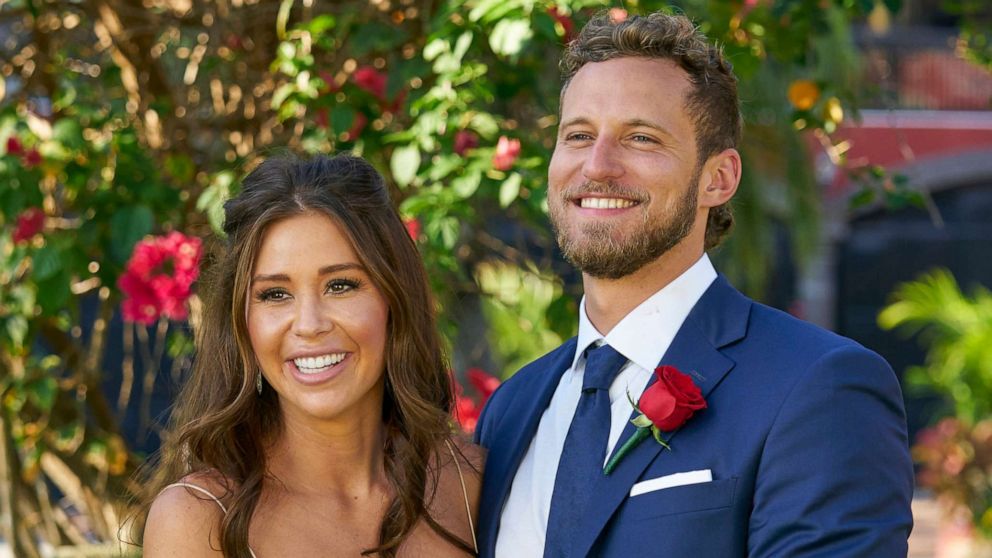 The young romance hasn't exactly been rosy so far. During the live "After the Final Rose" special, the couple admitted they're "not done learning about each other," and Schwer addressed revelations on social media from an ex-girlfriend, who said he broke up with her for the opportunity to be on the show.

Schwer said he handled the situation "poorly," admitting he "led" the ex-girlfriend on and used the show "as an excuse to not confront her about our relationship" when he didn't see a future with her. "I want to own that 100%. I do not have any hard feelings for this girl. It's a mistake I made on my part."

He added that he wants a future with Windey. "I love this girl with all my heart," he said. "It's 100% real. I never expected it and, you know, I want this to be forever." 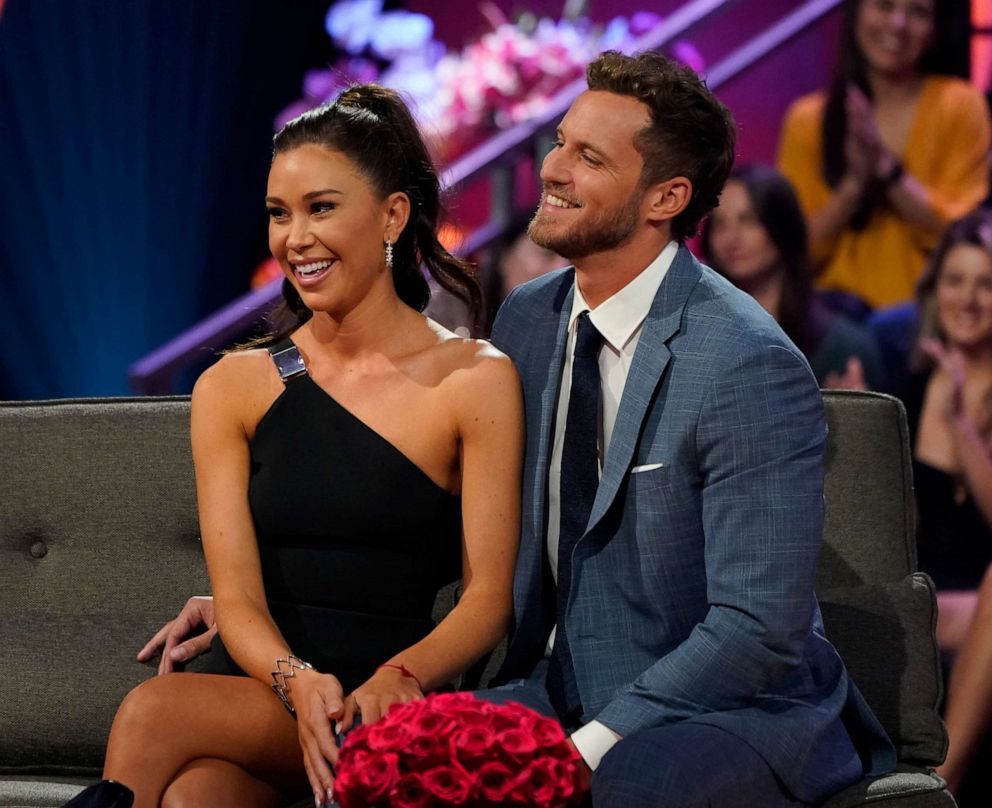 Windey -- who is now competing on "Dancing with the Stars" -- told "Good Morning America" she was "on cloud nine," but said there were still "lots of unknowns."

"Like, I'm not naïve to that and we'll gonna still have to work on a relationship," she said.

Elsewhere in the finale, Recchia and Franco seemed to get the storybook ending they had hoped for when Franco proposed. Unfortunately, things didn't end there.

The couple hit a rough patch after filming ended and Recchia accused Franco of cheating on her, to which he admitted. The two arranged a meeting to try and patch things up, but that failed after Franco insisted on placing at least some of the blame for his indiscretion on Recchia, saying he had misinterpreted that they were on a break.

On the live "After the Final Rose" special, the pair recounted the events that led to their breakup, still not seeing eye to eye on the situation. Franco apologized, but Recchia reiterated that they are done for good. 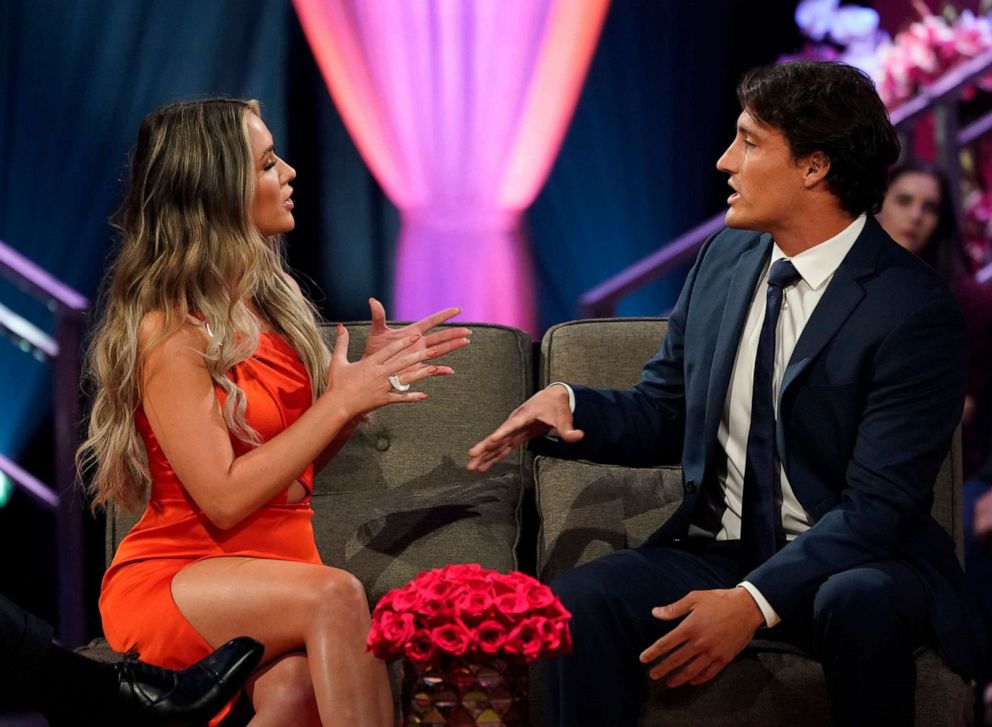 "I really did try, and I don't think anyone deserves to ever go through what I went through," Recchia told "GMA." "Especially the fact that all I wanted today was just kind of finally an apology and finally for him to own up to it."

This led to a surprise appearance from runner-up Aven Jones, who surprised the audience -- and Recchia -- by asking if she'd like to get out of there and "catch up."

"I'd love nothing more," she said before the two strolled off the set, indicating her "Bachelorette" journey may not be over after all, and later telling "GMA" he had always been a knight in shining armor to her.