Get ready to "Rock Your Body" on this season of "Dancing with the Stars," because Backstreet Boys' AJ McLean is heading to the ballroom!

The boy band member is bringing his "Larger Than Life" dance moves to the iconic dance floor for season 29 of the show, which has already named all the pro dancers and one other contestant, "The Bachelorette's" Kaitlyn Bristowe.

McLean said his daughters, ages 3 and 7, are looking forward to seeing their dad compete.

"They are stoked--especially my oldest," he said live on "GMA" Thursday. "She's been doing competitive dance now for the last two years and my youngest is obviously trying to follow in her big sis' footsteps, so they're both just elated. "It's going to be awesome for them to watch daddy cutting a jig on TV."

Watch the full celebrity cast reveal on "GMA" on Sept. 2.

This isn't the first time a Backstreet Boy has taken his dancing skills to the TV stage. Five years ago, Nick Carter joined the show and even won second place.

In a video message shared with "GMA," Carter offered words of encouragement for his pal.

"If there's anybody that can get the Mirrorball, it's definitely you," Carter said.

The highly-anticipated upcoming season of "Dancing with the Stars," which premieres on Sept. 14, will be a season of firsts. 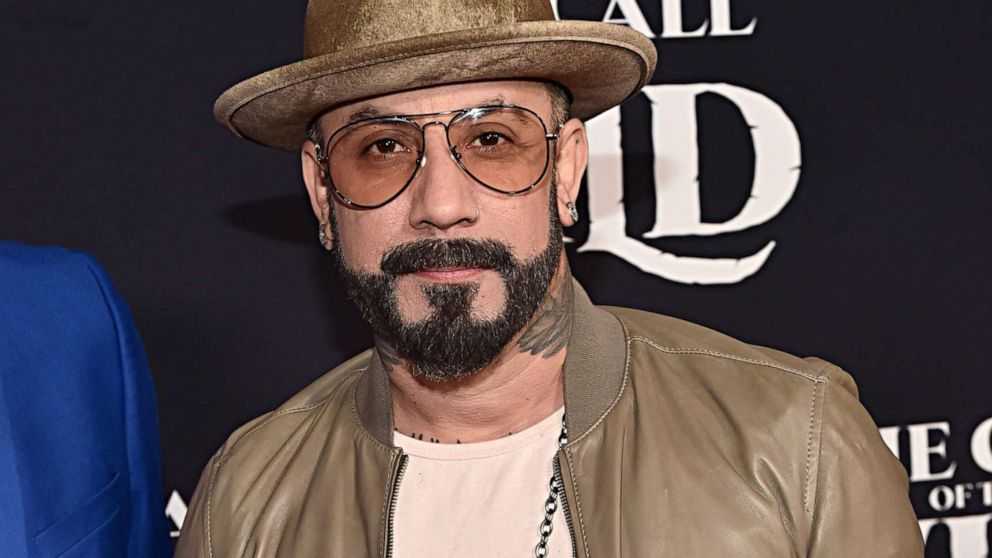 The show is welcoming its first Black female pro, Britt Stewart. Plus, supermodel Tyra Banks will be taking over as host, replacing Tom Bergeron, who's hosted since the series began in 2005, and Erin Andrews, who joined as co-host in 2014.

In addition, the married pros -- like Emma Slater and Sasha Farber -- will have to quarantine away from their respective spouses throughout the season, a new rule to prevent the elimination of two pros and their celebrity partners should one get sick with COVID-19.

Watch the premiere of the new season of "Dancing With the Stars" on ABC on Sept. 14.

Watch the full "GMA" interview between Ginger Zee and the "Dancing With the Stars" pros here:

10:58
If this season is anything like this Zoom conversation, we are all headed for a good time