Britney Spears announced on Instagram that she's pregnant with her third child.

This will be Spears' first child with fiancé Sam Asghari, whom she refers to as her husband in her post. The couple, who first met in 2016, previously announced their engagement in September 2021.

Asghari, 28, seemingly responded to the pregnancy announcement with an Instagram post about what fatherhood means to him.

"Marriage and kids are a natural part of a strong relationship filled with love and respect," he wrote. "Fatherhood is something i have always looked forward to and i don't take lightly. It is the most important job i will ever do." 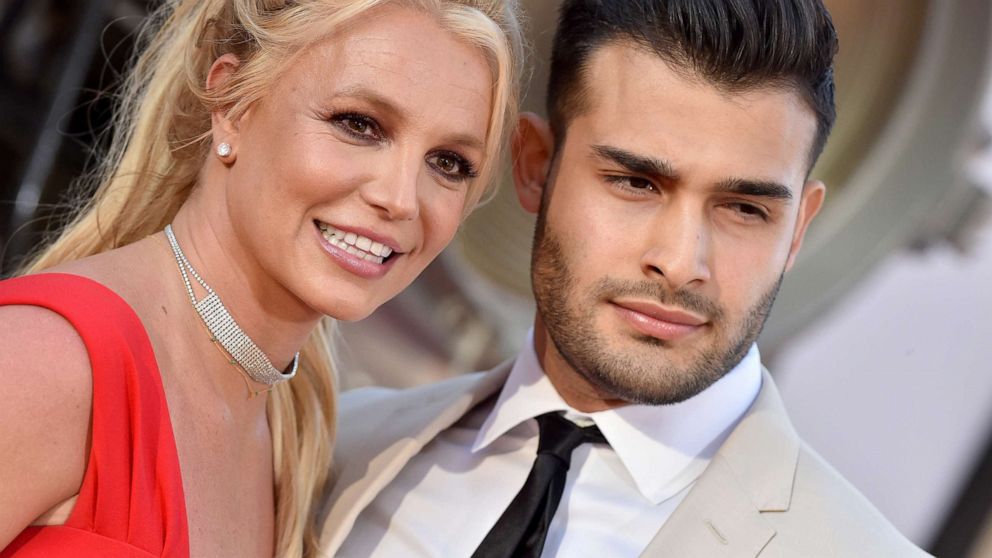 Also in her post, Spears said she "obviously won't be going out as much" during her pregnancy due to paparazzi attention, which she said she endured during her previous two pregnancies.

Spears also said she previously suffered from perinatal depression, calling it "absolutely horrible." The pop star said it used to be a taboo topic, but now is discussed openly, adding, "thank Jesus we don't have to keep that pain a reserved proper secret."

The Grammy winner closed out her post by saying she plans to do yoga "every day" during her pregnancy.

Britney Spears announces she is pregnant and expecting her first baby with Fiancé Sam Asghari in a lengthy Instagram message. ABC News' @KayleeHartung has more.https://t.co/b21dJppfac pic.twitter.com/ekfOyvxo9u

While fighting for the end of her 13-year conservatorship, Spears told the court in June 2021 that she wanted to "get married and have a baby" but was unable to do so under the conservatorship.

The "Stronger" singer alleged at the time that she had an intrauterine device, or IUD, which prevented her from getting pregnant, and claimed that those in charge of her conservatorship would not allow her to get it taken out.

"I deserve to have a life," Spears said in her testimony, adding that she deserves to have the freedom to make decisions about her family.

Spears' conservatorship, which was established in 2008, was terminated in November 2021.