The parents of Cameron Boyce, who died in July of epilepsy, are speaking out about their last night with their son and how they want him to be remembered.

"The night he passed away, we were out to dinner with him just hours before," Victor Boyce told "Good Morning America" co-anchor Robin Roberts in an exclusive interview. "It was a completely normal, beautiful family night out to dinner."

"There was no indication that anything was wrong," he said. "I mean there was no way to know in hours my son would be dead. Like, it was just staggeringly crazy and horrible. And we were texting that night."

Cameron Boyce, 20, died in his sleep after a seizure in early July. He had a "sudden unexpected death in epilepsy," according to an autopsy report released by The Los Angeles County Department of Medical Examiner coroner.

The "Descendants" star's family also confirmed soon after his death that he had epilepsy, a neurological disorder that actively affects about 3.4 million people in the U.S., according to the U.S. Centers for Disease Control and Prevention (CDC).

Tune into "Good Morning America" on Thursday, August 15, from 7 a.m. to 9 a.m. ET, for more of Robin's exclusive interview with Cameron Boyce's parents.

The actor's parents said their son "didn't want his epilepsy to define him." 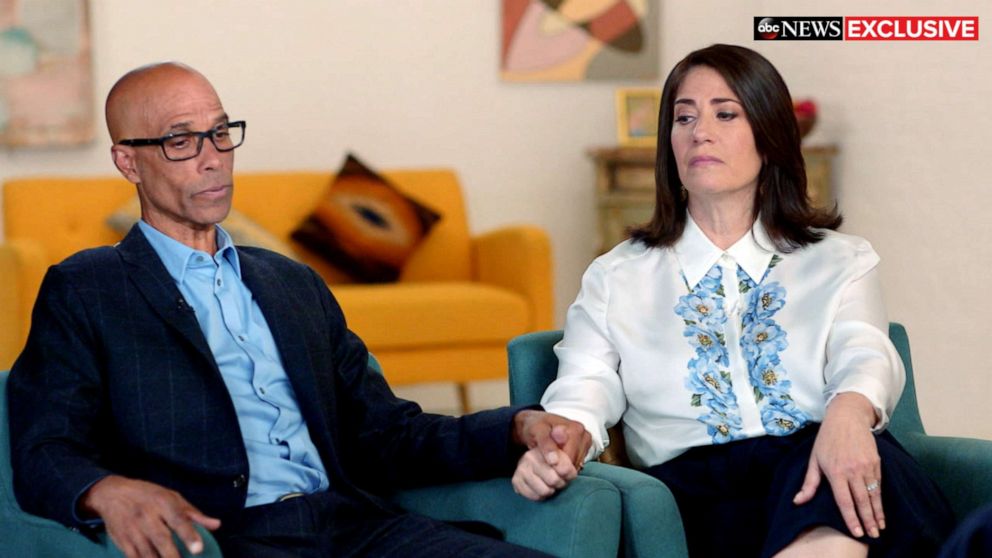 "It didn't define him," said Victor Boyce. "He wasn't scared. He never complained about anything."

Added his mother, Libby Boyce, "He loved life. This is, for me, the hardest thing. He was in a place where he was truly happy. I mean, Cameron was always happy. Never a negative thing came out of his mouth."

The Boyces described Cameron as being in a place in his life where he was "finding his groove" and transitioning into an adult. Part of that transition for Cameron included launching into charity work and finding ways to use his voice, according to Libby Boyce.

To honor Cameron's memory, his family launched The Cameron Boyce Foundation, which will provide "young people artistic and creative outlets as alternatives to violence and negativity and uses resources and philanthropy for positive change in the world," according to their website.

Cameron was honored with a tribute earlier this month after the premiere of "Descendants 3" on Disney Channel.

The tribute included footage of him with his co-stars and even a moment from an early audition.

Though Cameron became a household name thanks to his acting roles, including the "Descendants" franchise, his parents say they want him to be remembered for much more.

"His legacy is important to us because we don't want him to be remembered as just an actor or some Disney kid," said Victor Boyce. "Because he was so much more than that."

"He wanted to be known as his own person, you know, individually and not cookie-cutter," he added.

Libby Boyce described Cameron as the "bedrock of our family." In addition to his parents, Cameron is survived by a sister, Maya.

"Holidays and events, when he would walk in, it would just light up the room and the party would start," said Libby Boyce. "And so that's just an important message that, you know, as an actor, that was just a small piece of who he was."

"That's what gave him some fame, but as a human, he was all about, you know, not being cookie cutter, and about creativity and about joy and no labels," she said. "He was just a human being."

Tune into "Good Morning America" on Thursday, August 15, from 7 a.m. to 9 a.m. ET, for more of Robin's exclusive interview with Cameron Boyce's parents.