Hollywood’s most iconic friend group is back for season two of “The Hills: New Beginnings.”

Next week, fans of the show can check back in with the cast after the group rekindled their friendships at the end of season one.

But before the premiere of their second season, Heidi and Spencer Pratt, Kaitlynn Carter, Audrina Patridge, Franke Delgado and Justin Bobby Brescia sat down with ABC News’ Kaylee Hartung for an interview with “Good Morning America” to talk about what fans can expect of the next season.

MORE: The new, grown-up reboot of 'The Hills' is 'very relatable,' cast says

“I think there’s a few surprises people are gonna be in store for,” Patridge said.

The group, which filmed the second season amid COVID-19, each shared the challenges they faced during the pandemic and put a spotlight on how COVID-19 also affected each of them in their personal lives.

For Delgado, who first appeared as part of the original cast of “The Hills” in 2007 and made a name for himself over the years working in Hollywood’s popular nightlife scene, the 39-year-old spoke about the tough times that rose in the past year.

“I was having a really tough time in the beginning because I work in hospitality and the whole hospitality world just went down in flames,” Delgado said. “Everybody’s struggling with something and we’re all kinda trying to overcome that.” 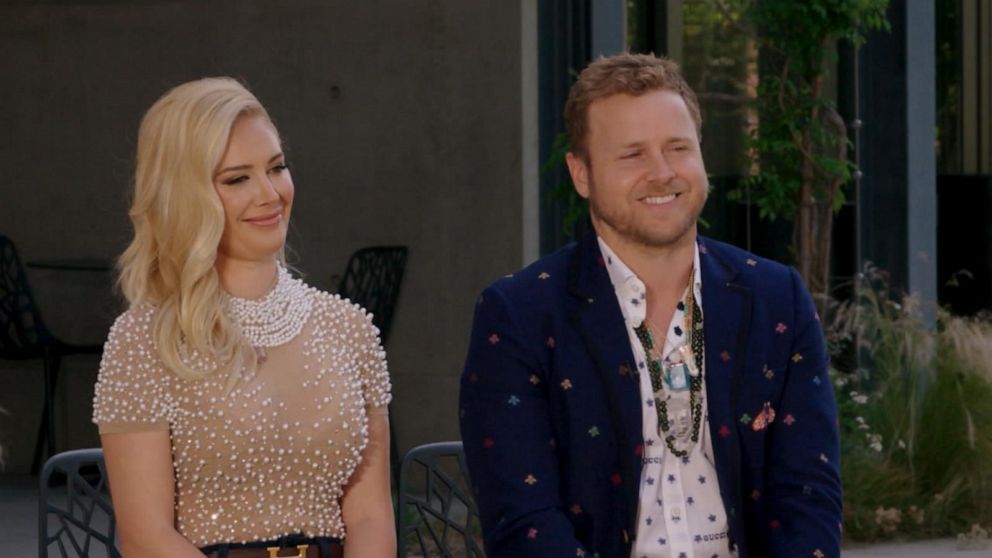 And for couple Spencer and Heidi Pratt, who are parents to 3-year-old son, Gunner, the decision to let a film crew into their pod during the pandemic was not an easy one, especially as they juggled finances and trying for another baby.

“I cry a lot. I think I was going through a lot,” Heidi Pratt said. “We just had so much going on with almost losing our company and our finances. It was really challenging. And trying for a baby and having a toddler -- there was just a lot going on for us. So for me, it was really emotional.”

“It was hard to -- for us to be on the same page,” added Spencer Pratt. “But now we’ve been trying and you know praying for a baby ASAP.”

When it came time for filming, the crew said a lot of strict safety protocols were in place to adhere to Centers for Disease Control and Prevention guidelines, which included everyone -- cast and crew -- getting tested every two to three days.

But even COVID-19 couldn’t keep the group from having fun or even stirring up some drama.

MORE: Cast of 'The Hills' dishes on highly-anticipated reunion

In the season 2 trailer, the show teased a clip of Kristin Cavallari possibly returning to the show after she appeared in the last season of “The Hills” when it aired in 2009. Cavallari first appeared as part of the original cast when she starred in “Laguna Beach,” the prequel to “The Hills” series.

When asked who talked Cavallari into coming back, Partridge and Heidi Pratt took credit for making that reunion happen.

“I think we both did,” said Patridge. “She brought such life and energy and shared the history with all of us. So it just felt so natural.”

“Yeah, I think that was the beginning of the conversation,” said Heidi Pratt. “We all had so much fun.”

Drama aside, the pandemic also helped the crew prioritize what was most important for each of them in their lives.

“COVID definitely put some things in hindsight for me, put it into perspective,” said Brescia, who was known for having a bad boy persona when he was on the show 15 years ago. When the pandemic hit, he said he wrestled with the idea of wanting to settle down and maybe start a family. “Life is a real thing. Watching everybody around me have kids and families, and you know -- it’s puttin’ little things there for me to be like, ‘Okay, maybe it’s time to think on a different realm.’ But now I don’t know. COVID’s openin’ back up. I might go back to my old ways so we’ll see.”

For Carter, who in season one was in a relationship with Brody Jenner, she said that fans of the show will be able to learn more about what happened between the both of them.

“I think that you will get a very real and realistic explanation for what did happen between Brody and I,” she said. “Kind of the blessing of having the time through COVID to really look back and reassess and kind of understand what led us to where we ended up.”

While each of them all faced different obstacles during the pandemic, the one thing the group could agree on was that the show brought them together, and fans will be able to see that when the season premieres May 12 on MTV.

MORE: 'The Hills' star Whitney Port shares the details of a recent miscarriage

“We got to become a lot closer,” said Delgado. “I never thought I would like, we’re all so much more vulnerable at the same time. And I think like -- our friendships grew.”

“We’re such a nostalgic dynamic,” said Justin Bobby Brescia. “We do have fans all over the world that love each and every one of us individually and together, that -- they wanna see what’s goin’ on in our lives … I feel like it’s a good, positive TV show even though we bring drama and whatnot. Somebody can confide in us and people have watched us for years.”

As for a season 3, the crew says fans will just have to wait and see.