"GMA's" Book Club pick for October is "We Are Not Like Them" by Christine Pride and Jo Piazza.

Pride and Piazza's new novel is a powerful and mesmerizing story about race, friendship, forgiveness and justice. 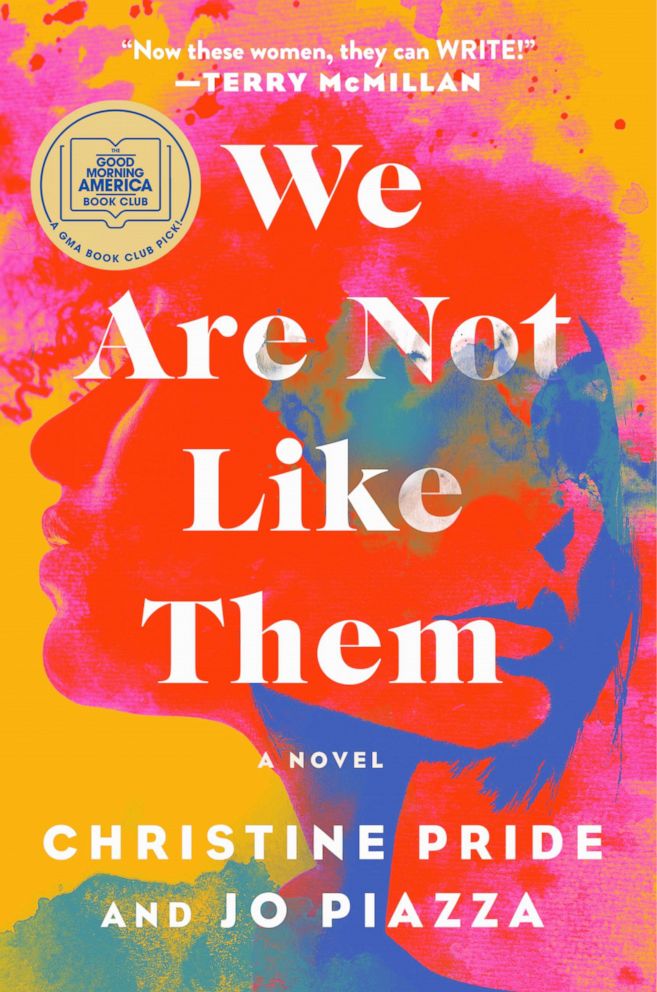 Courtesy of Simon & Schuster/Atria books
"We Are Not Like Them" by Christine Pride and Jo Piazza is the "GMA" Book Club pick for October.

The story follows two women, Jen, who is white, and Riley, who is Black. The two have been friends since kindergarten. As adults, they remain as close as sisters even though their lives have gone in different directions.

Jen married young and is about to expand her family with a baby on the way. And Riley pursued her childhood dream of becoming a television journalist and is poised to become one of the first Black female anchors in their hometown of Philadelphia.

But when Jen's husband, a city police officer, is involved in the shooting of an unarmed Black teenager, the bond that the two women share is severely tested.

"Their friendship is thrown into turmoil and they have to confront race for the first time," Piazza told "Good Morning America." 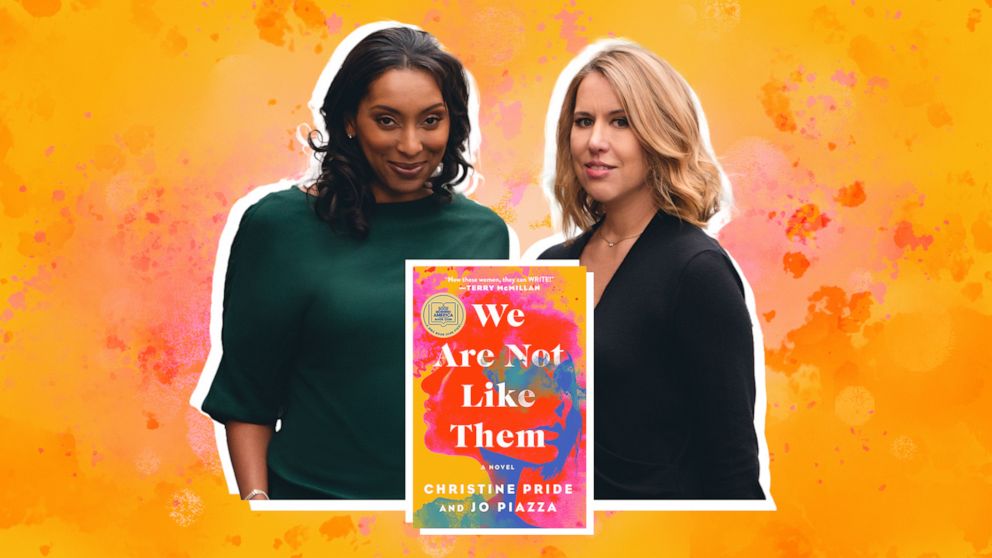 If there's a sound more magical than the Ebenezer AME church choir, I've never heard it. They're opening with an exuberant medley of gospel, funk, and some Broadway-style riffs that feels more like a stadium concert than a church service. The choir calls everyone to their feet, and I rise, limbs loose, eager to abandon myself to the invigorating rhythm. It's a packed house today, with some three hundred people filling the cavernous space, the energy palpable. There's nodding and swaying, spontaneous shouts and murmurs. You don't need an invitation to hug a neighbor, burst into tears, or sing along as loudly and proudly as Mahalia Jackson herself.

It's been a while since I've been to church, but exultation is like muscle memory. For a blissful moment, I don't feel stressed or self-conscious; I feel rejoiced. One of those rare moments when I understand what people mean when they say they're filled with the Spirit. The sanctuary of this church is as close as I've ever been to feeling God. Back when I was a little girl, my insides wound up so tight I felt like I was suffocating, these gleaming pews on a Sunday morning were a kind of escape, from thinking about tests and grades and the kids who called me "Oreo" and said I talked so white when I used the SAT vocab words Mom had been drilling me on since kindergarten. I need this now, a cocoon from the outside world, even if only for an hour. A respite before I have to return to work, and to covering the story for which I'm now the lead reporter, the one about how my friend's husband shot an unarmed Black kid.

When Jenny called yesterday I froze. Finally, before the last ring sent her to voice mail, I dashed into a conference room, slamming the door behind me. I didn't know what I was supposed to say, but I needed to know she was okay.

We only talked for two seconds. But last night, as I reported live in front of the Twenty-Second District—Kevin's district—I kept picturing her watching, her reaction, her biting furiously on her lip, as I spoke into the camera. "If Justin Dwyer doesn't wake up from his coma, the officers involved—Kevin Murphy and Travis Cameron from here at the Twenty-Second—could be indicted for murder."

Jenny was calling again by the time I reached my car to head home after the broadcast. Of course she'd been watching. She said she always watches my broadcasts. I couldn't bring myself to answer this time. She'd know if I sent it straight to voice mail, so I stared at the phone as it rang and rang and then waited for a message that never came. I spent the rest of the night pacing my apartment.