"Bachelorette" Hannah Brown, "Queer Eye" star Karamo Brown and former NBA star Lamar Odom are among the celebrity contestants who will face off on the new season of "Dancing With the Stars"! 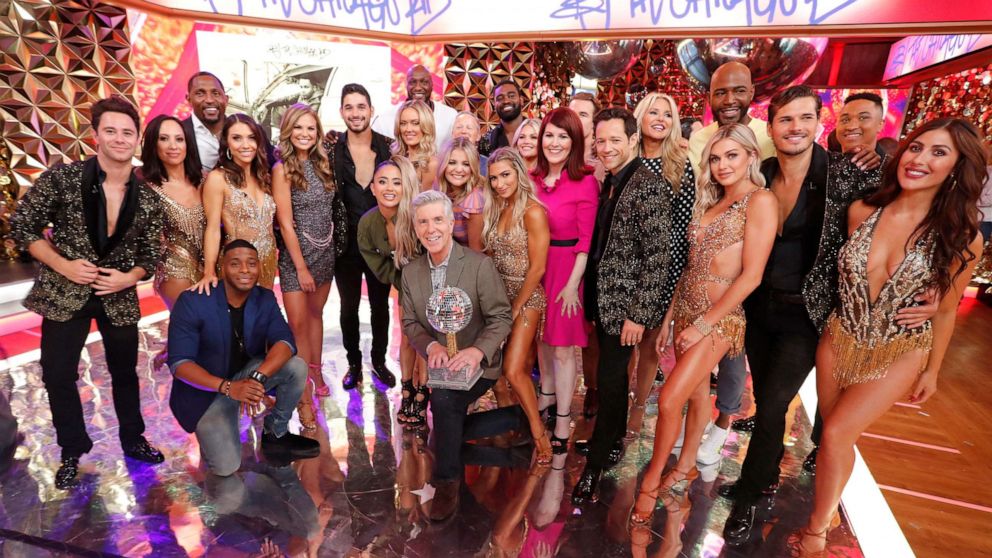 Lou Rocco/Walt Disney Television
The 2019 cast of "Dancing with the Stars" was revealed live on "Good Morning America" Wednesday, August 21, 2019 on ABC.

Our favorite celebrities and their pro-dancer partners take to the dance floor to battle it out for the coveted Mirror Ball trophy on the new season of the hit show, which debuts on ABC on Sept. 16. In a new twist, however, the official partner pairings will not be announced until the season premiere.

Learn more about all of the celebrities who will be putting on their dance shoes below!

(MORE: 'Dancing With the Stars' pro Cheryl Burke reunites with her long-lost sister)

ABC
Dancing with the Stars. 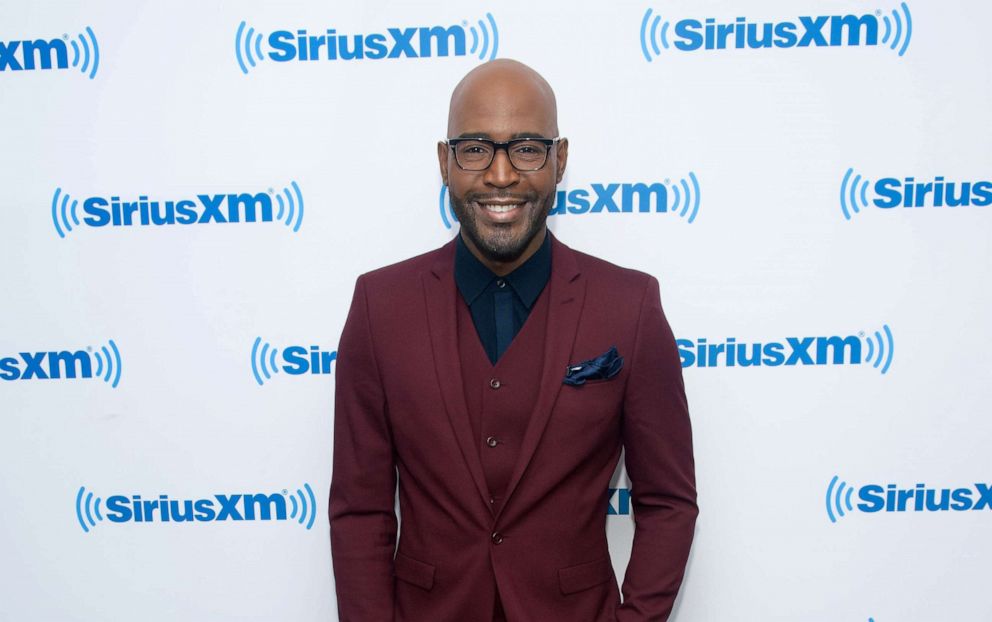 Brown, 38, is the "Queer Eye" Fab Five's culture expert who doles out inspiring and motivating advice to each of the episode's subjects on Netflix’s popular makeover show. The self-help guru and life coach is also a father of two.

Brown said he's "the only one with rhythm" from the Fab Five and while he's donned a "sparkly bomber" on their show, he's looking forward to the "DWTS" wardrobe.

"I want the sequins, I want the moves, I want it all," he said on "Good Morning America." 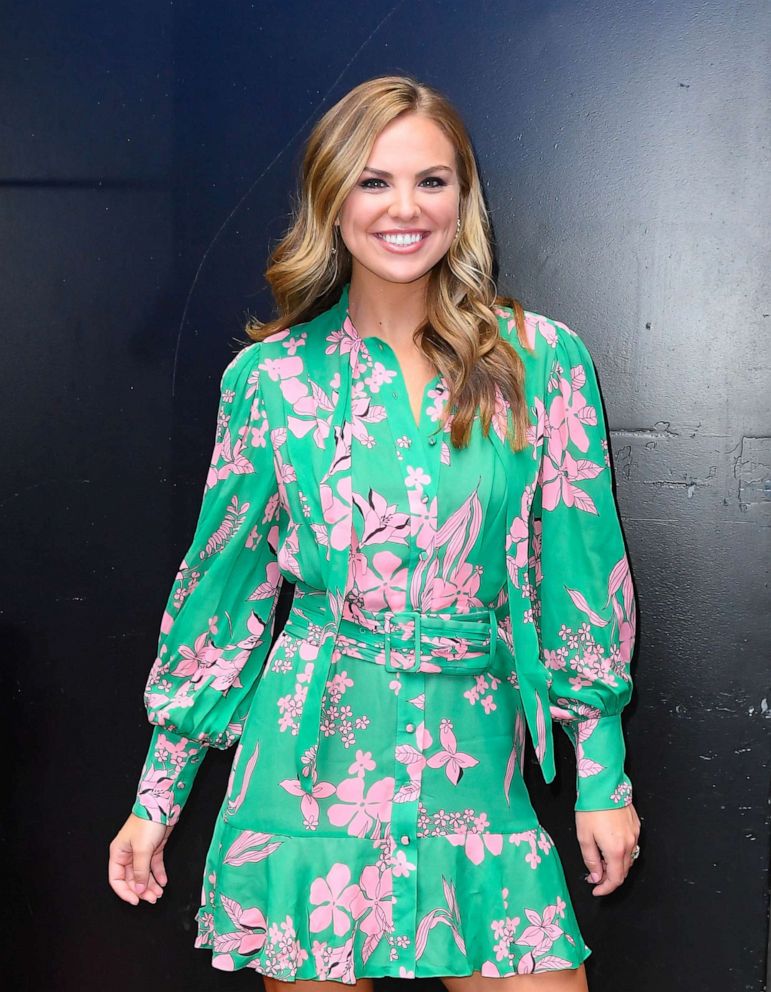 Brown joins the cast after one of the most tumultuous finales in “Bachelor” history. Hannah ended her engagement to suitor Jed Wyatt after she discovered he had a girlfriend waiting at home. On "After the Final Rose," she embraced being single: “I have realized that I don’t need a husband. I want a husband, but I don’t need one. And I’m really, really proud of the woman that I’ve become through all this, because I am hella strong!”

From “The Bachelorette” to the ballroom in under a year, Brown said she “can't stop, won't stop” and is ready for a “fresh start” through dancing.

(MORE: Val and Jenna dish on planning a wedding during 'Dancing with the Stars: Live!' tour with over 60 stops) 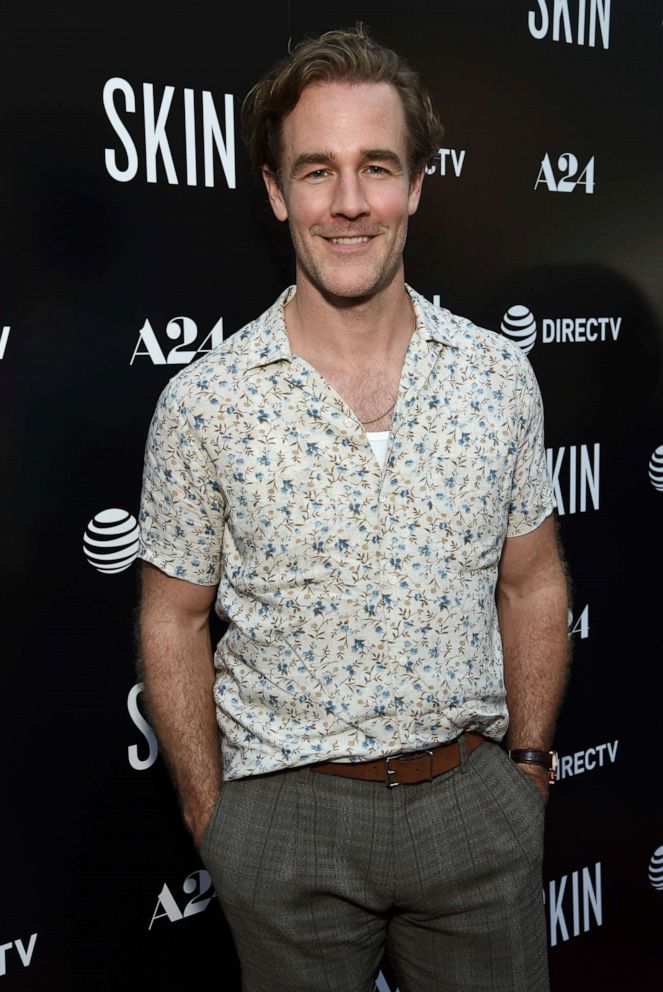 Van Der Beek is a writer, actor, and producer that may be best known as Dawson from the hit series, "Dawson's Creek" or from the hit film, "Varsity Blues." Recently, he portrayed Matt Bromley in the acclaimed FX original series "Pose."

The 90's acting star, who is now a father of five, said his family "dances all the time at home, constantly." 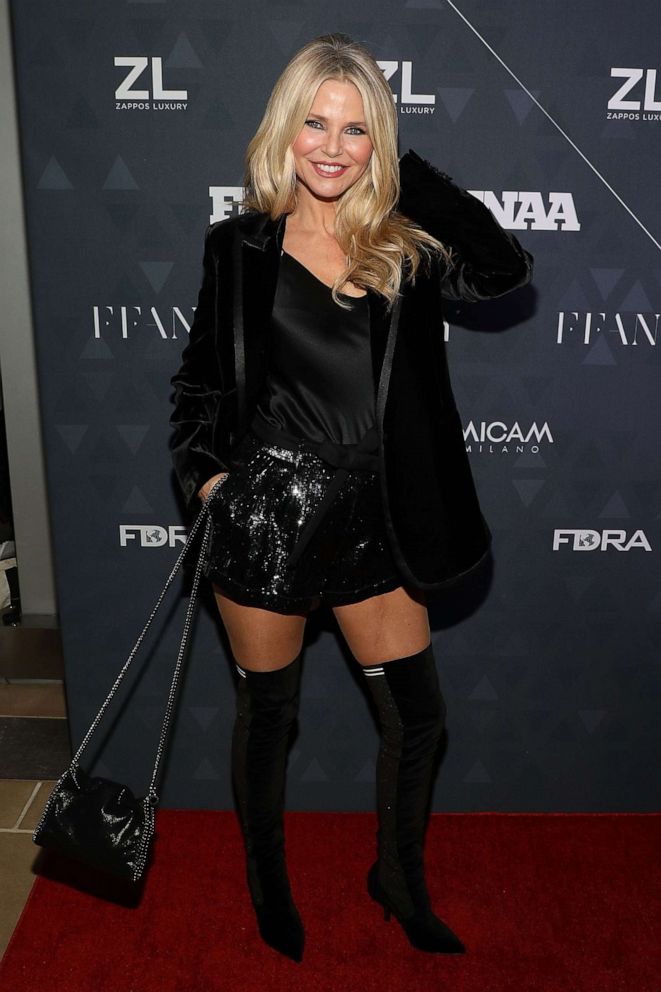 Brinkley, the iconic supermodel, is currently starring as Roxie Hart in "Chicago" on Broadway.

But she said her role on stage won’t necessarily give her a leg up in the ballroom.

“No, not at all -- I think of the real dancers like they could knock their own teeth out with their knee,” she said laughing. “I can barely get my leg up and believe me, what I learned in ‘Chicago’ doing the honey rag, you cannot -- dance to Beyonce doing the honey rag, so I need some moves.” 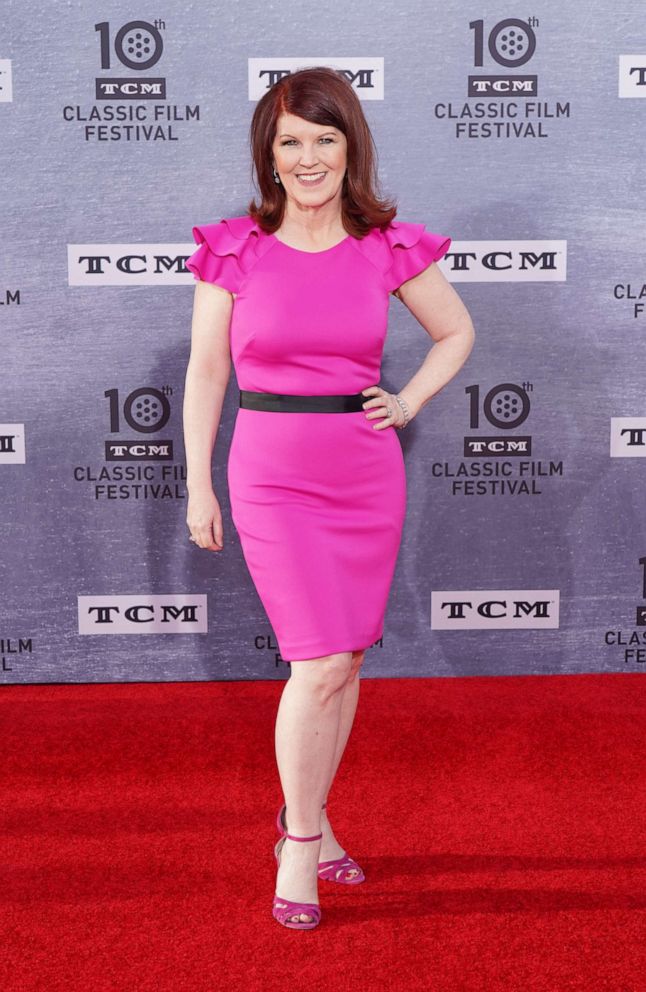 Actress Kate Flannery skyrocketed to fame for her role as Meredith Palmer in the long-running NBC series "The Office." More recently, Flannery has appeared in the ABC show "American Housewife" and the Fox hit "Brooklyn Nine-Nine."

"This is the deal. I had nine seasons of the most unglamorous character on TV. So we're going in a different direction," Flannery said. "So bring on the spanx and the spray tan, whatever you got. Bring it on." 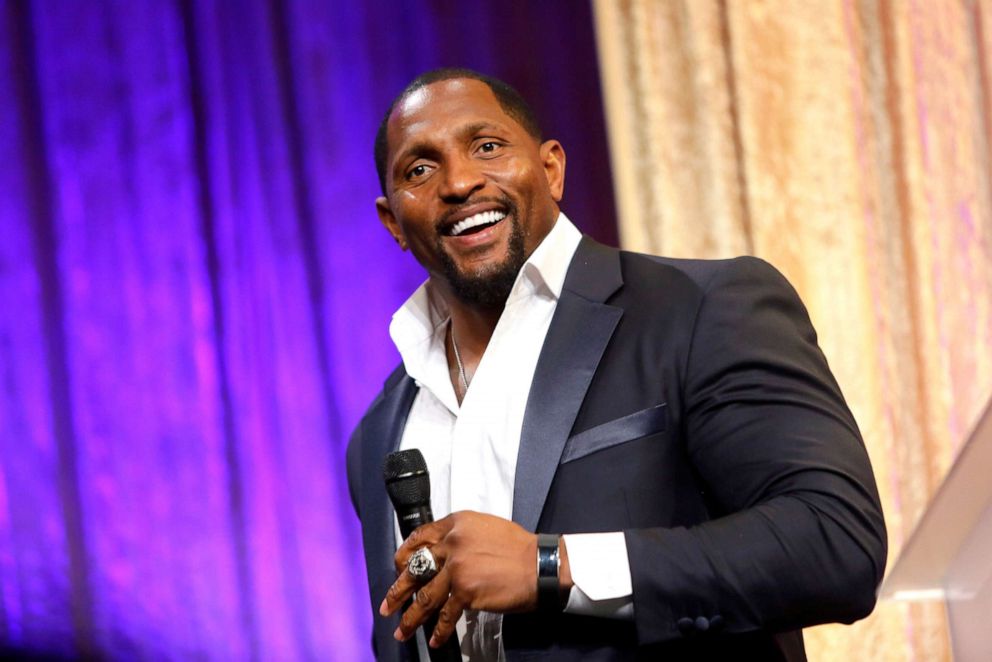 Lewis is a former NFL linebacker for the Baltimore Ravens with two Super Bowl championships under his belt. Some would say the football player has a slight advantage in that he already has a dance named after him when fans dubbed his signature pre-game moves the "Ray Lewis" dance.

The hall of famer said when he told his daughter he would be on "Dancing with the Stars," "she was like, 'Dad, please don't embarass me."

But the all pro player of course took the first chance to show off his move, known as "The Squirrel," after a challenge by Michael Strahan. 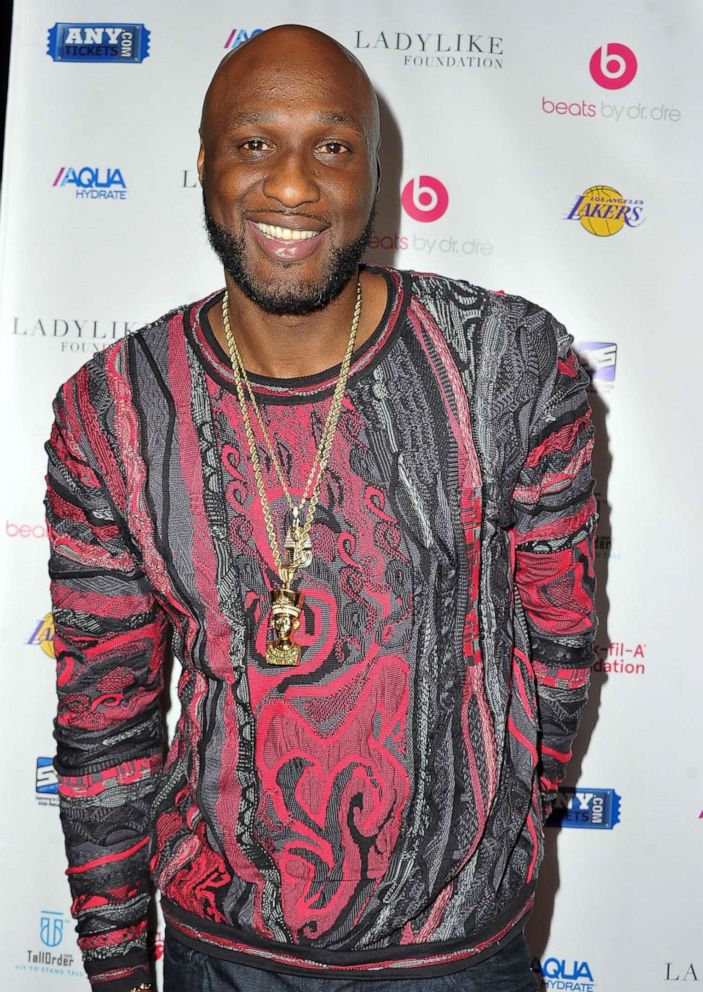 Odom, 39, rose to fame as an NBA player with the the Los Angeles Lakers where he won NBA championships in 2009 and 2010. Odom is also known for his relationship with Khloe Kardashian and his appearances in the reality show "Keeping Up With the Kardashians." He has spoken out about his life-altering health scare when he was hospitalized and fell into a coma briefly at a legal brothel in 2015.

The most intimidating part of this new experience for Odom, he said, is the outfits. "I don't know if I can do sparkles," he said. 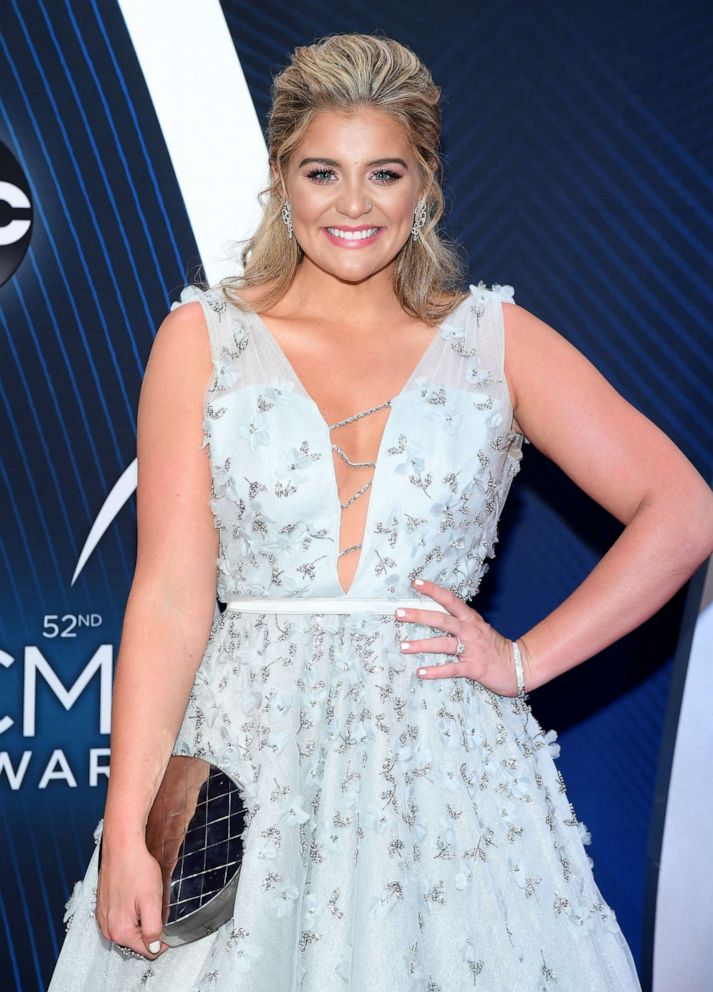 Alaina is a country music darling who stole America's heart when she became runner-up on the 10th season of "American Idol." Since graduating from "Idol," the 24-year-old has already released two studio albums.

The singer said she instantly recognized one competitor and became star struck.

"I wanted to win until [Kate Flannery] walked in and then I was like, 'Oh, no, I'm going to vote for her," she said. "I literally freaked out. The only other person I remember doing that for was Dolly Parton." 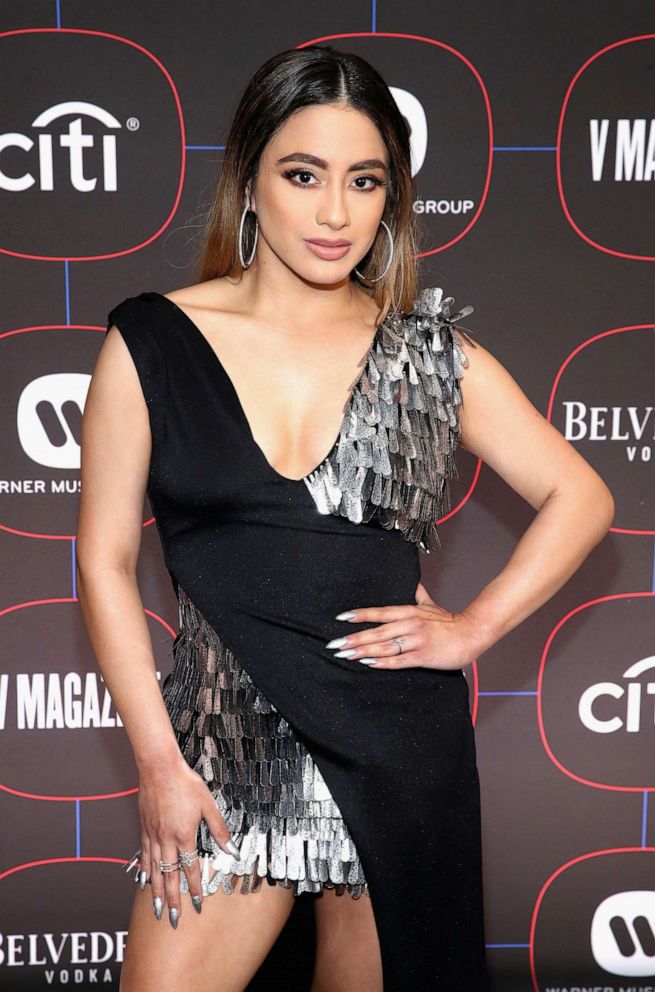 Brooke, 26, rose to fame as one-fifth of the girl group Fifth Harmony before going solo with her music career.

But even as a pop star who appeared in a handful of music videos, Brooke said "some of the dance moves were a little harder and some people would leave not so nice comments and it wouldn't feel good."

"This is an opportunity for me to not only prove [to] them but to myself that I can really tackle this," Brooke said. 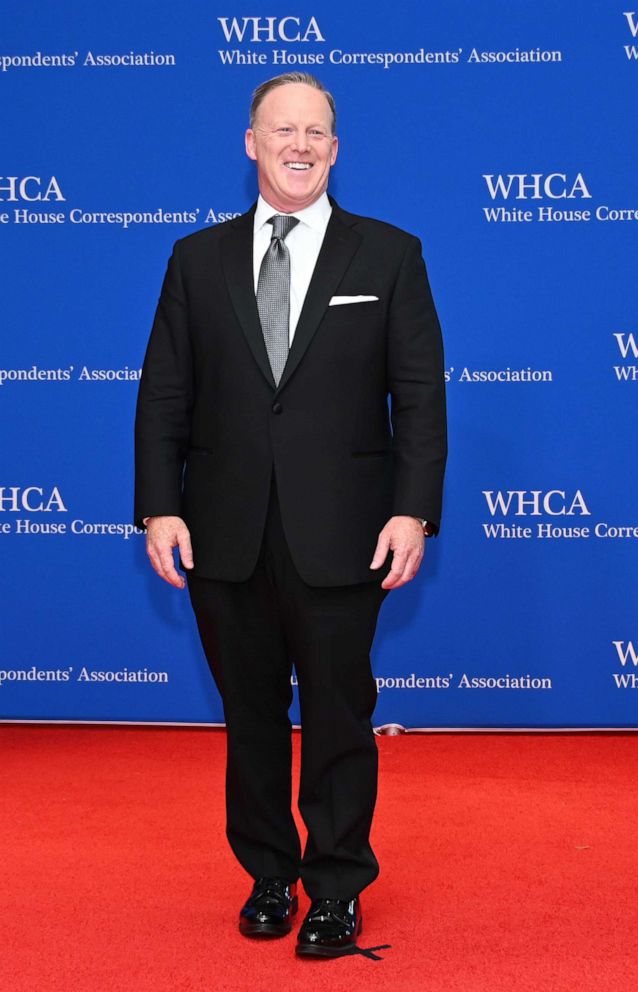 Spicer is probably most well known for his roles as the former White House Press Secretary and White House Communications Director under President Donald Trump for a brief period in 2017. Spicer resigned as press secretary in July of 2017.

"I was kicked out of band in sixth grade and the quote was, 'You have the sense of beat of a steamroller,'" Spicer recalled. 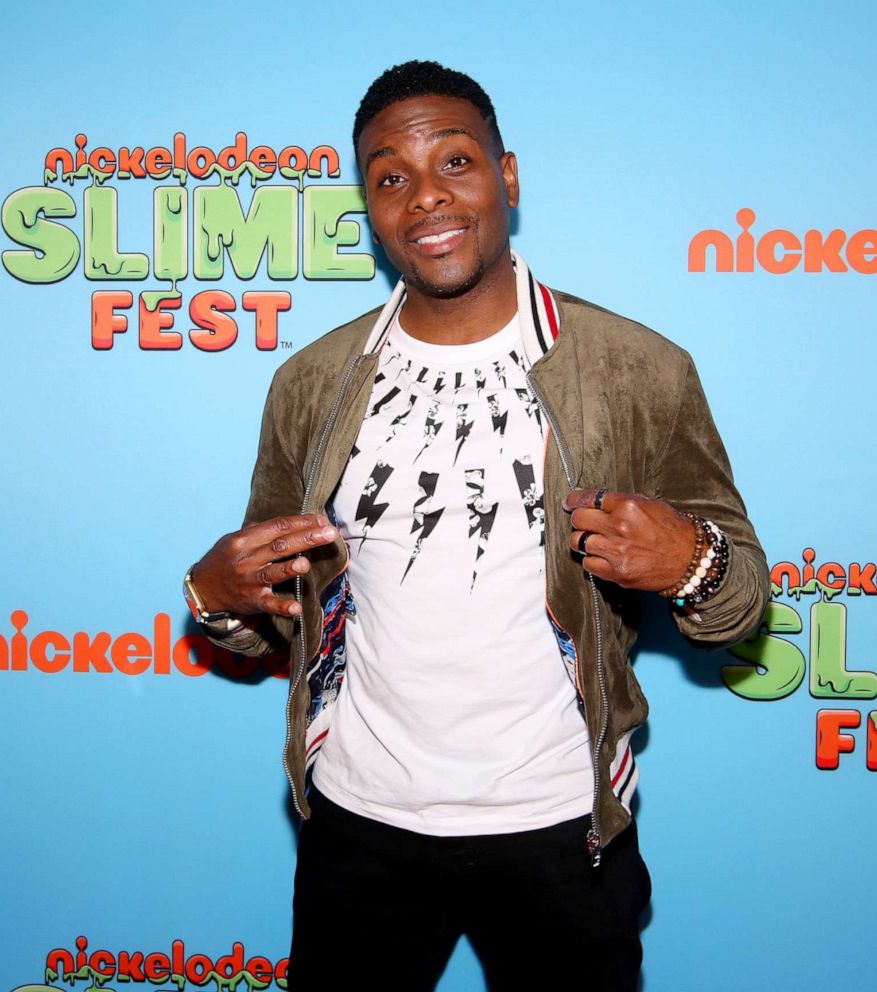 Fans will recognize Mitchell, 40, from his work as a regular on the Nickelodeon sketch comedy series "All That" in the 1990's. In addition to being an actor and comedian, Mitchell also has a rap career.

The actor who became best known for his character's love of orange soda said "everybody calls me a dance machine" and he's already dusted off his dancing shoes at home.

"That's my teammate for life," he said. "When we got the call, she's like, 'let me see some moves, let's go.' We're dancing every day in the house."

Wilson, 75, is a legend in the music industry as a founding member of the R&B and soul group The Supremes alongside Diana Ross. She also wrote a best-selling autobiography, "Dreamgirl: My Life As a Supreme."

The mother of two and grandmother of 11 said her family "are so thrilled" that she's joined the cast this season.

"For years they never allowed me to even have my gold records in the house," the singer said. "So now that they've watched 'Dancing with The Stars,' I'm like, 'Hey, grandma is cool!"