Though she may not have won the Mirrorball Trophy just yet, Koine "Koko" Iwasaki is winning in the love department.

The newest "Dancing with the Stars" pro, who first joined in season 31, announced her engagement to fellow dancer Kiki Nyemchek on Sunday by sharing a series of photos to Instagram of the moment Nyemchek proposed on Nov. 26.

"Easy ask, easy yes," she captioned the joint post, which shows Nyemchek down on one knee on the first photo, the couple hugging in the second, and Iwasaki showing off her engagement ring in the third.

Iwasaki and Nyemchek first met and fell in love when they competed against each other on "So You Think You Can Dance" season 14, which aired in 2017. 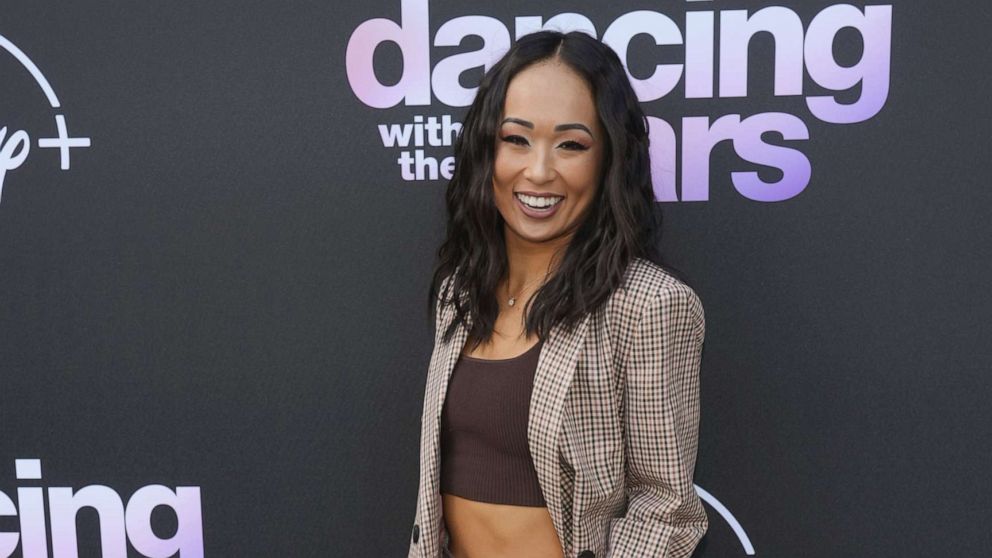 Season 31 was Iwasaki's first season on "DWTS" and she was partnered with "Jersey Shore" star Vinny Guadagnino. The pair came in seventh place.

Speaking to "Good Morning America" about her "DWTS" debut, Iwasaki said, "There's so many different waves of emotions that hit me and I was so excited, so grateful, so terrified and just overwhelmed."

Calling the opportunity "a dream," Iwasaki continued, "I felt ready. It's been, I feel like, a long time coming for me as far as what I've wanted to do with my goals and dreams and stuff. It was really full circle for me in so many different ways."