The duo was announced as the winners of the 31st season of "Dancing With the Stars," beating fellow celebrities Shangela, Wayne Brady and Gabby Windey, who were paired with pro partners Gleb Savchenko, Witney Carson and Val Chmerkovskiy, respectively.

On "Good Morning America" Tuesday, D'Amelio and Ballas opened up about their win. 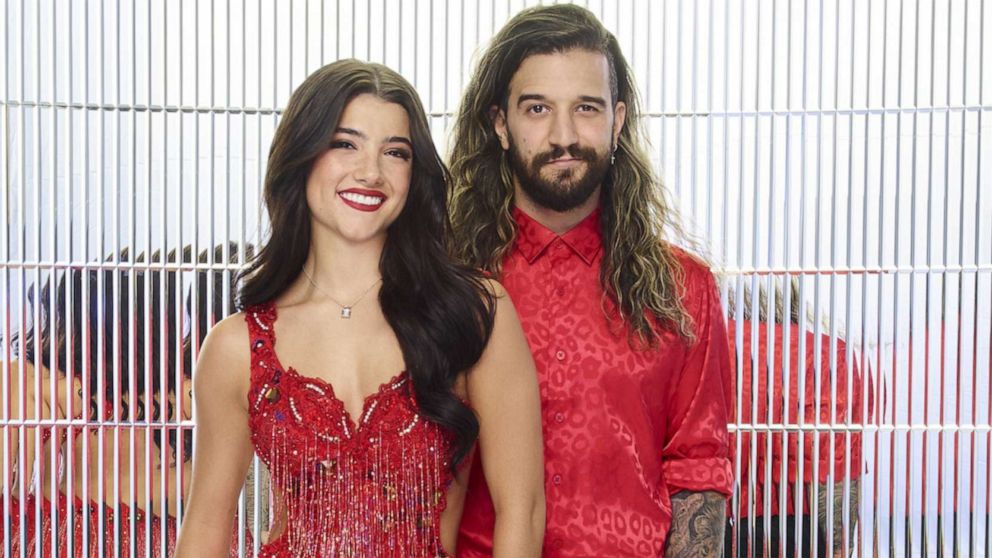 Andrew Eccles/ABC
Charli D'Amelio and Mark Ballas compete on "Dancing with the Stars", 2022.

"I think for me, I really just gave everything I had to this journey and I got so much out of it, whether it's confidence in my dancing, new friends, you know, memories that I'll remember forever," D'Amelio said, adding that she's "so glad" and "thankful" to have had the experience.

Ballas called the experience, his first time in the "DWTS" ballroom in five years, "fantastic."

"I had a really lovely time, made a great friend and had a great time creating and dancing with Charli," he added. "And also to be on the floor with all my comrades, I've grown up with all of them. I loved it. I had a really beautiful time."

For their final battle on the dance floor, which streamed live on Disney+, the four couples performed a redemption routine chosen by one of the judges. The selected routines were ones they performed earlier in the season.

Read on to see how the night panned out.

For their redemption routines, Brady performed the quickstep to "(Your Love Keeps Lifting Me) Higher and Higher" by Jackie Wilson while Shangela took on the quickstep to "Queen Bee" by Rochelle Diamante. Each earned a score of 36.

But it was Windey's Cha Cha to "I Like It (Like That)" by Pete Rodriguez and D'Amelio's Jive to "Grown" by Little Mix that wowed the judges, each earning them a score of 40.

The final four couples then participated in a freestyle round. Brady took the dance floor first with his "Superbowl" routine with his dance partner, Carson, to a mix of Bruno Mars' "24K Magic" and Ciara and Chamillionaire's song, "Get Up," which earned him a 40.

TikTok star D'Amelio also earned a 40 for her moving freestyle performance to "Us Again" by Pinar Toprak, which told a story about her love and loss of dance, and then love of dance again.

Also earning a 40 was Windey for her sizzling "Cell Block Tango" from Chicago, which Chmerkovskiy's wife, Jenna Johnson, choreographed.

But it was Shangela's electrifying freestyle to "Survivor" by Destiny's Child and "Call Me Mother" by RuPaul, which also featured Shangela’s partner, Savchenko, in drag as Natasha, that brought the entire ballroom to its feet.

"I forgot to vote because I was absolutely mesmerized by the whole thing," Len Goodman said at the end of Shangela's performance.

"It even had chicken," he said, pointing out the moment in their dance when Shangela tossed him a fried chicken leg.

Also taking to the dance floor one last time was Cheryl Burke, who announced her retirement from the show over the weekend after 25 seasons.

The two-time Mirrorball champion delivered a fierce routine to Barry Manilow's "Copacabana (At the Copa)" with two of her favorite dance pro partners, Louis Van Amstel and Pasha Pashkov.

MORE: Cheryl Burke retiring from 'Dancing with the Stars' as a pro after 25 seasons

Before taking the mic, co-host Tyra Banks called Burke a living legend and said Burke was her first memory of "Dancing with the Stars."

"Pro dancers, celebrities, thank you for pushing me to be he greatest artist that I can be. I love you all," she said as the crowd began chanting her name.

Len Goodman gets his own Mirrorball Trophy

Also saying goodbye was Goodman, who announced his retirement from "Dancing with the Stars" last week. The judge, who has been known as the "tough" one on the show, was honored with a video montage of all of his memorable moments.

"All good things have to come to an end," Goodman said in the video. "For me, it was such a privilege to be a part of 'Dancing With the Stars.'"

"I'm gonna miss the judges. Carrie Ann [Inaba] and Bruno [Tonioli], we've been together since season 1. And then Derek [Hough], I think he's brilliant. I loved being a part of it -- it was great," he added. "Thank you so much for letting me be a part of 'DWTS.' It will always be with me. It was so memorable."

MORE: Len Goodman announces retirement from 'Dancing With the Stars'

When the montage ended, co-host Alfonso Ribeiro surprised Goodman with his own Mirror Ball trophy.

"That is fantastic and thank you so much," he said as the audience chanted his name and Inaba, Hough and Tonioli held their "10" paddleboards up. "It's been such a joy to be part of 'Dancing With the Stars.' This is absolutely the cherry on top."

Throughout the evening, past celebrities who have competed on the show also paid tribute to Goodman, including Jerry Springer, Shawn Johnson and Kristi Yamaguchi.

"I remember how hard Mark and I worked on that first 10 from you, and when that finally came, pure elation. And my very best wishes for what's ahead," Yamaguchi said.

"When I came on the show, I was an insecure little girl, and through your guidance, love and support, I became a woman," added Kelly Osbourne, who competed on season 9 of the show. "And I will never be able to thank you enough."

If you can't get enough of "Dancing With the Stars," you'll be able to catch some of them on the road when they go on tour.

During the show, it was announced that Windey will be performing live for all tour stops throughout North America. Also performing live at select cities will be Charli and Heidi D'Amelio, "CODA" actor Daniel Durant and "Jersey Shore" star Vinnie Guadagnino.

"We love it so much, we're alive, we get to feel that energy and there's really nothing that means more to us," "Dancing With the Stars" pro Emma Slater said. "We can't wait for you to come and see it."