Valentin "Val" Chmerkovskiy is no stranger to competing for the "Dancing with the Stars" Mirrorball Trophy -- and he's confident he'll win his third alongside his celebrity partner Gabby Windey in the season 31 finale on Monday night.

The pro dancer and the "Bachelorette" alum will face off against against comedian and "Whose Line Is It Anyway?" alum Wayne Brady and his partner Witney Carson; TikToker and "The D'Amelio Show" star Charli D'Amelio and her partner Mark Ballas; and "RuPaul's Drag Race" alum and "We're Here" star Shangela and her partner, Gleb Savchenko, in the epic showdown, airing Monday, Nov. 21, on Disney+.

"I think we got what it takes," Chmerkovskiy told "Good Morning America" when asked if he and Windey will reign supreme. "And, you know, we're gonna do our best."

Chmerkovskiy, who previously won with partners Rumer Willis and Laurie Hernandez, is appearing in the finale for the first time in five years. He called it a "huge accomplishment" to make it this far, and one he's thankful for, now more than ever.

"My gratitude to ... being a part of the show, being able to dance, and having such a great partner like Gabby, is... it's been incredible," he said. "It's really been the motivation behind a lot of the effort that I've put into this year."

On his bond with season 31 dance partner Gabby Windey

Chmerkovskiy said he "hit it off quickly" with Windey and they have "become really good friends" during their time dancing together, praising her for having "risen to the occasion."

"She definitely had something special about her from the very beginning," he said. "I think her biggest growth as a dancer has been bringing in that little special something into her performance, building confidence in her performances."

Chmerkovskiy continued, "And as a person, I think she's grown in the sense that I think she's surprising herself in how well she's doing. I think this show has given her a great deal of confidence moving forward...." 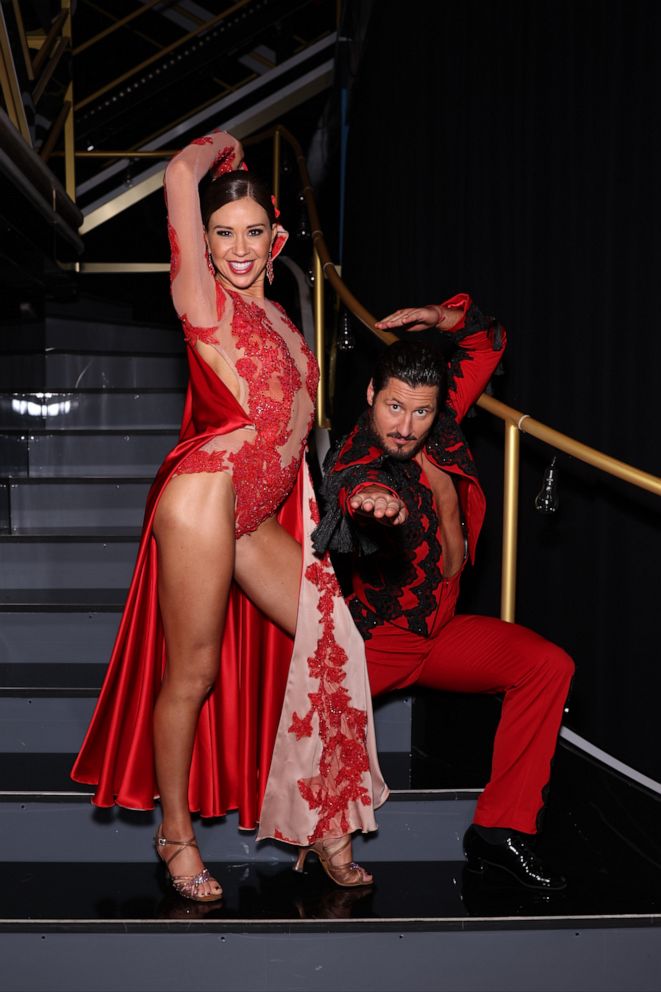 ABC
Val Chmerkovskiy and Gabby Windey on "Dancing with the Stars."

The pair are set to perform a freestyle routine to "Cell Block Tango" from the musical "Chicago" in the finale. Chmerkovskiy said he chose the song in an effort to highlight Windey in the best way possible.

"I wanted to show sexy, I wanted to show strong and I wanted to give her a chance to be theatrical, because we also didn't see that this season yet from her, and 'Cellblock Tango' was a perfect backdrop for that," he said. "That song is just so powerful...."

Chmerkovskiy said he hopes the performance highlights Windey's personality. As the song is about six women justifying why they killed their significant others, he teased, "She's gonna be killing it -- literally."

"I really enjoyed taking care of her and teaching her and dancing with her. I really enjoyed being teammates with her," he said. "Hopefully ... I've made an impact that she can walk away with and be proud of, because she has done that to me."

Prior to this season, Chmerkovskiy and his wife, fellow "DWTS" pro Jenna Johnson, announced they were expecting their first child together. Weeks later, they revealed they were having a baby boy, due in January.

Chmerkovskiy said preparing to become a dad has been a "blessing" and a welcome distraction, allowing him to create a mindset division between focusing on the show and readying himself for fatherhood.

"It took a lot of pressure off of what I would otherwise be obsessing about in a counterproductive way," he said, explaining that he's "overthought" and "overstressed" about the show in the past but is now able to "reflect on what I've already won, what I already have" at home.

Chmerkovskiy said this has allowed him to be creative "from a place of love and joy and not a place of fear and anxiety, and it's been wonderful." 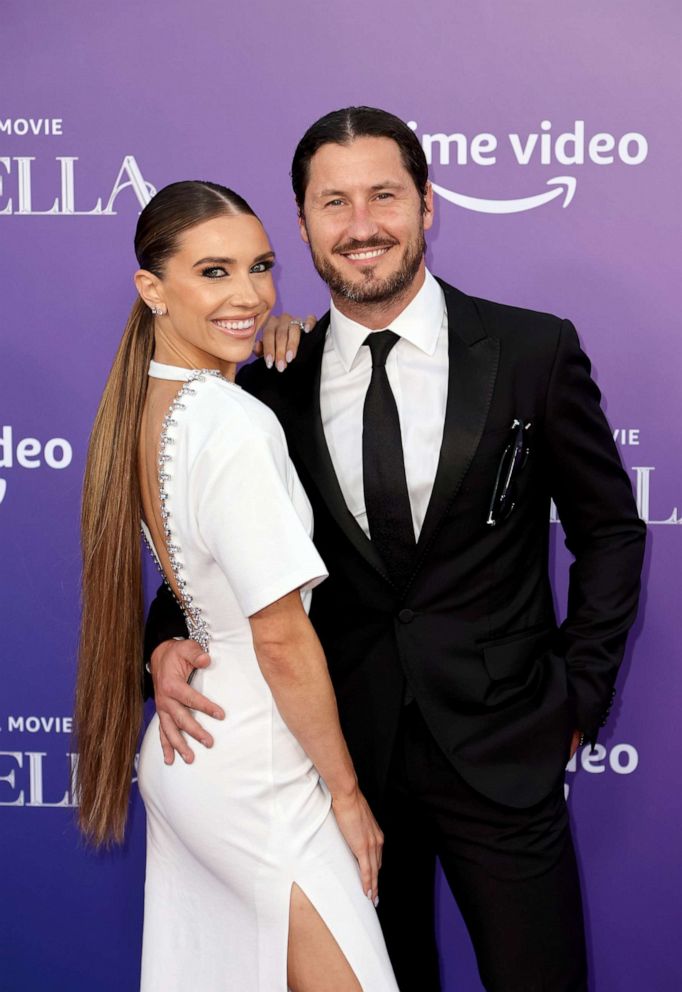 "Really the key has been my wife Jenna, who, while being pregnant, has been an incredible support system for me creatively, emotionally, everything, he gushed. "She's a huge part of why I've been successful on the show."

As for his future on "DWTS," Chmerkovskiy said he doesn't see an end in sight just yet, as the show "encompasses everything" he loves to do: dancing, performing and teaching.

"I'm down to be back for at least a few more years, until I'm no longer effective," he said. "As soon as I feel like my best dances are behind me, then I will be the one that empties the the spot -- which is such a huge privilege to have -- for the next guy...."

On his family's charity to help the people of Ukraine

Besides growing his family with Johnson, Chmerkovskiy has also built a charity with his father Aleksandr "Sasha" Chmerkovskiy and his brother Maksim "Maks" Chmerkovskiy, a "DWTS" alum.

The organization, named Baranova27 after the Chmerkovskiy family's address in their native Ukraine, has sent hundreds of thousands of pounds of aid items to the country since the start of its war with Russia, according to Chmerkovskiy.

Chmerkovskiy said helping Ukraine, where he and his brother were born and emigrated from in the mid-1990s, "felt like the right thing to do" and was created by his father's "passion and desire" as well as his "desperation" and "frustration" after Russia invaded the country in February.

Days later, the Chmerkovskiy family stepped up and founded Baranova27. The organization is now a registered 501(c)(3) nonprofit.

"It really went from a desire to help in any way you can to a whole operation with hundreds of volunteers that are offering their time to make this thing happen," he added.

Chmerkovskiy said it's been "incredible" to see people rally around the issue, which he called "a human cause."

"...The fact that people that don't have ties to Ukraine still took the time to show up and support and just rally, it reminded me [of] growing up in New York during 9/11," he said. "It was just a really great human moment to see everybody come together like that."