The soccer legend joined the hundred of thousands of people waiting in line for hours to pay respects to the monarch, who is currently lying in state at Westminster Hall ahead of her state funeral on Monday.

MORE: Queen Elizabeth II tribute: Hundreds of thousands wait in line to honor royal: She was 'our boss' 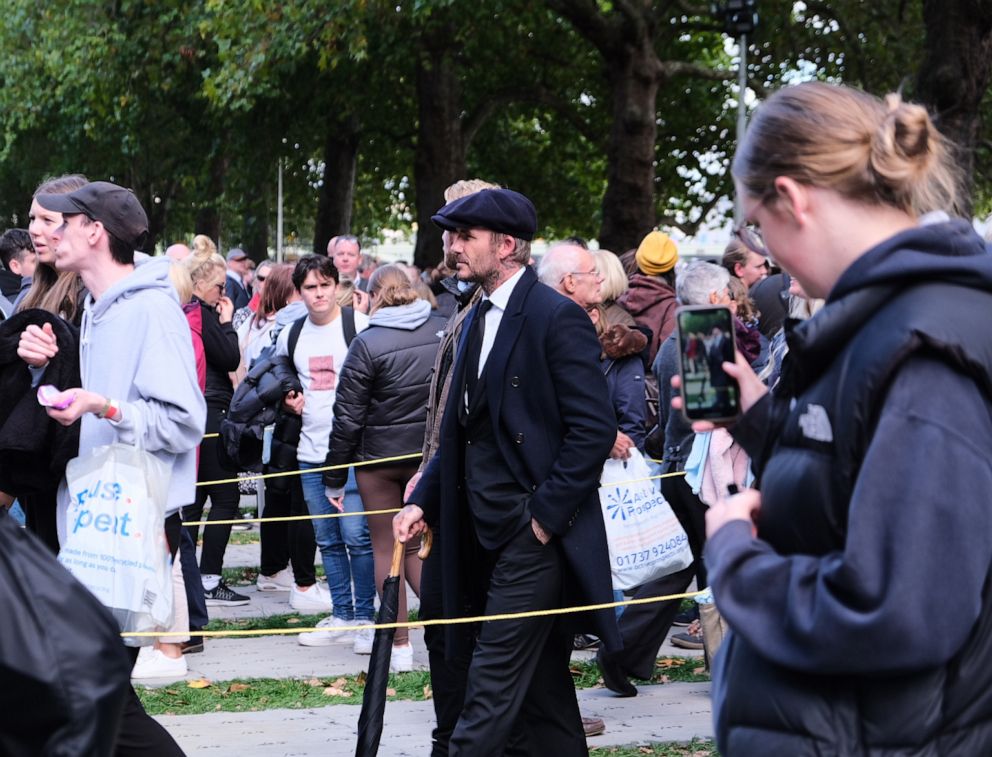 Graham Stone/Avalon via Newscom
David Beckham queuing to pay respect to the Queen on Sept. 16, 2022.

"I grew up in a household of royalists and I was brought up that way," Beckham told ITV News from the queue. "If my grandparents would have been here today I know that they would have wanted to be here, so I am here on their behalf and on behalf of my family."

The former Manchester United star is married to fashion designer and former Spice Girl Victoria Beckham, with whom he shares four children, sons Brooklyn, 23; Romeo, 20; and Cruz, 17; as well as daughter Harper, 11. 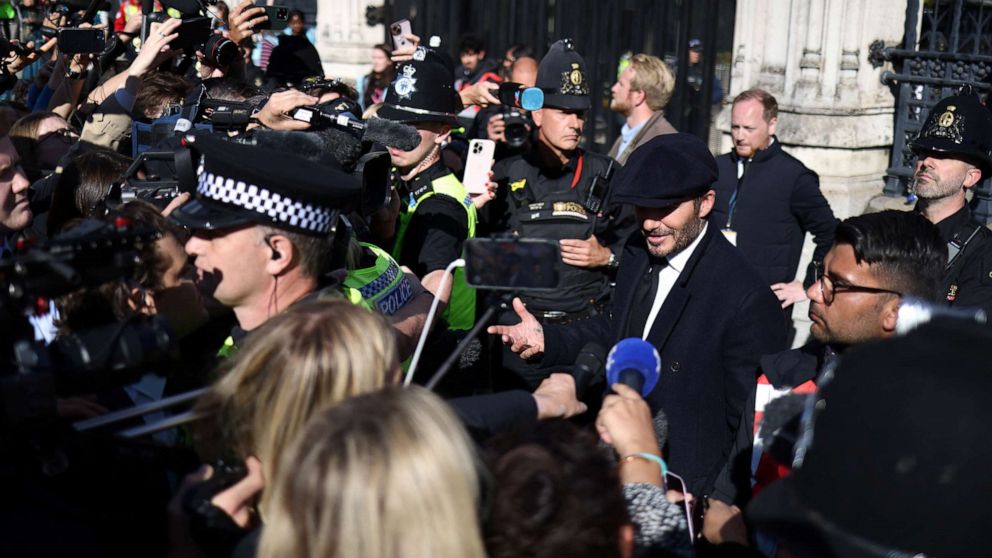 Tom Nicholson/Reuters
David Beckham speaks to the media after paying his respects to Queen Elizabeth lying in state, following her death, in London, Sept. 16, 2022.
Editor's Picks

"It's a sad day, but it's a day for us to remember the incredible legacy that she left," he said of the queen, adding that "Her Majesty meant so much in so many different ways."

Beckham said he was "lucky to have a few moments" with the queen throughout his life and career, noting that the "most special moment" for him was receiving his Officer of the Order of the British Empire distinction, or OBE, which was bestowed on him by Elizabeth herself in 2003. 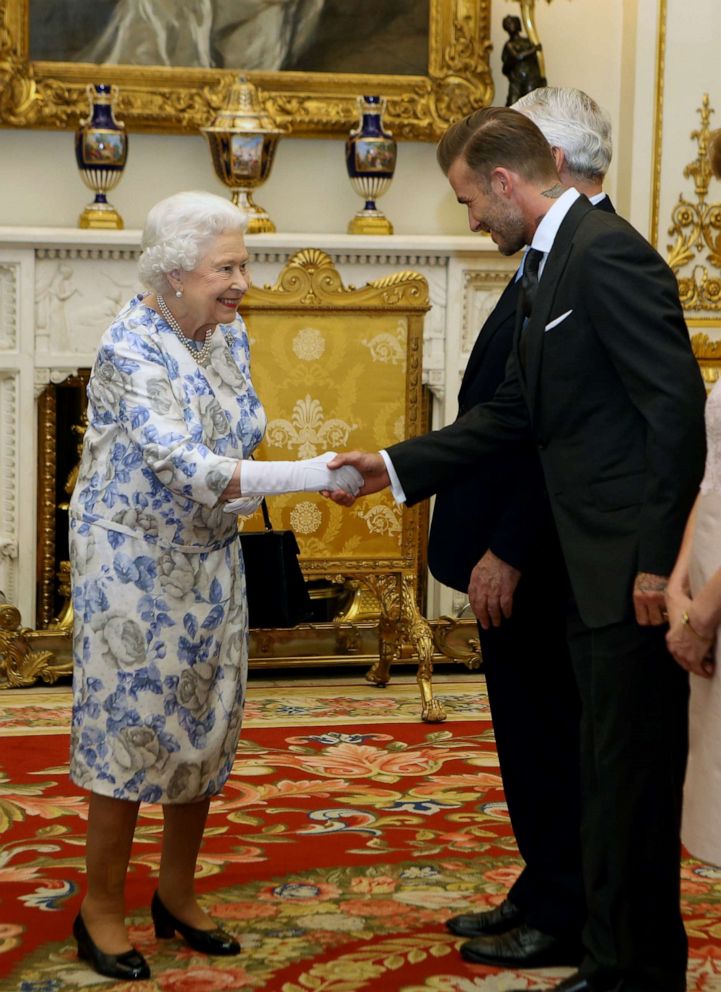 Elizabeth died Sept. 8 at age 96 and is the longest-reigning British monarch, having held the throne for 70 years.

The late queen's eldest son King Charles III has since inherited the throne.