With the Dixie Chicks officially back in action after a 14-year hiatus with "Gaslighter," you better believe they have things to say about their time away from the spotlight.

"We have nine kids and we’ve been raising our children," Natalie Maines explained on the March 16 episode of “The Ellen DeGeneres Show.” “I know for me … when they got to the age for school and to have their own lives and their own friends, I just wanted to be a stay-at-home mom and make their lives about them and not about me.”

DeGeneres called that notion "admirable," but Emily Strayer, 47, addressed the elephant in the room by bringing up the political statement Maines infamously made about then-president George W. Bush and the Iraq War at a 2003 concert in London.

"I want to be honest. I think after the whole controversy -- and that feels like eons ago -- but we were pretty worn out at the same time," Stayer noted, as sister Martie Maguire nodded in agreement. "I don’t know, I think we needed a break -- maybe not 14 years…”\" 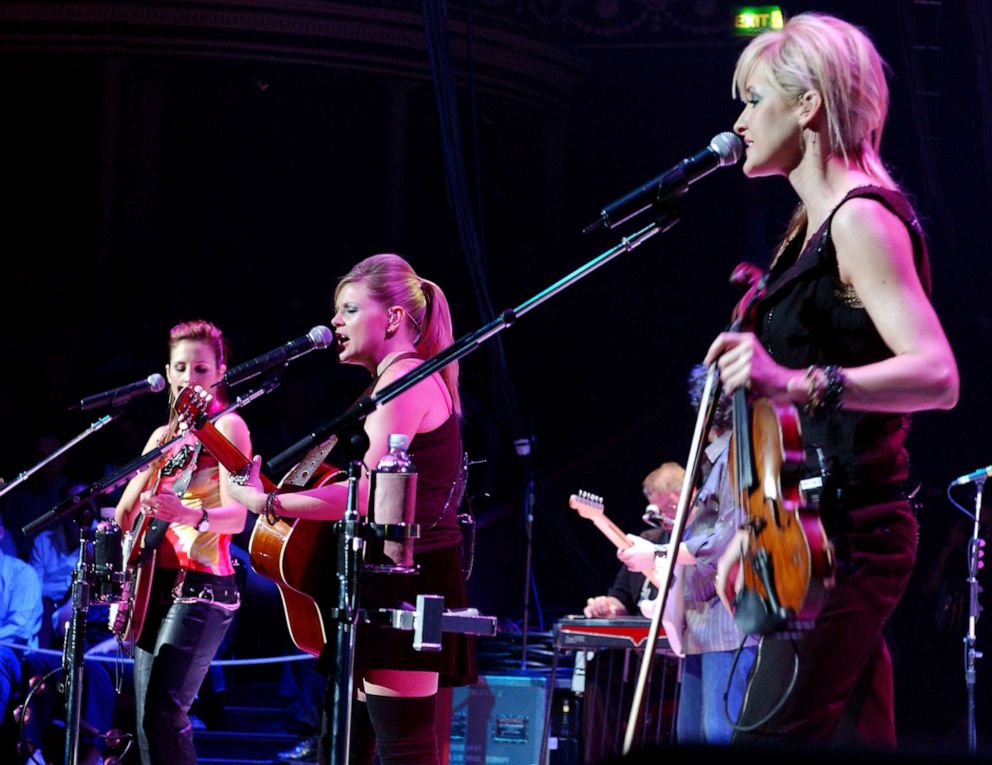 "We needed to get mad again and have something to write about," Maguire, 51, joked.

DeGeneres then asked how the talented trio feel looking back on what happened 17 years ago, an act that essentially blacklisted them in the country music industry.

"I think we were one of the first people to feel that cancel culture and I think what we said back then -- what I said back then -- would not even be a thing today because it was really mild compared to what people say today," Maines, 45, reasoned. "So, on one hand, everyone has this platform where they can say whatever they want to say. But, on the other hand, this platform can move really quickly and, yeah, ruin people’s lives."

The 62-year-old talk show host called this a "sad reality."

"I think we need to get back to where we all just celebrate our differences and we all have different opinions and it’s OK to have strong opinions," DeGeneres concluded. "As long as you’re not hurting somebody else, you can speak your opinion."