On Oct. 5, 2000, exactly 20 years ago, TV lovers were introduced to "Gilmore Girls" and the quaint utopia of Stars Hollow, a fictional town filled with fast-talking, pop-culture savvy and genuinely kind people.

Created by Amy Sherman-Palladino, the show focused on the mother-daughter relationship between Lorelai Gilmore (Lauren Graham) and Rory Gilmore (Alexis Bledel) as they navigated life -- including school, work, romance, friends and family -- together.

MORE: 'Fresh Prince of Bel-Air' turns 30: What the set was really like

The series ran for seven seasons, airing more than 150 episodes between 2000 and 2007. A four-part miniseries continuation, titled "Gilmore Girls: A Year in the Life," streamed on Netflix in 2016. Many viewers will also remember watching countless reruns on ABC Family/Freeform, DVDs or streaming. 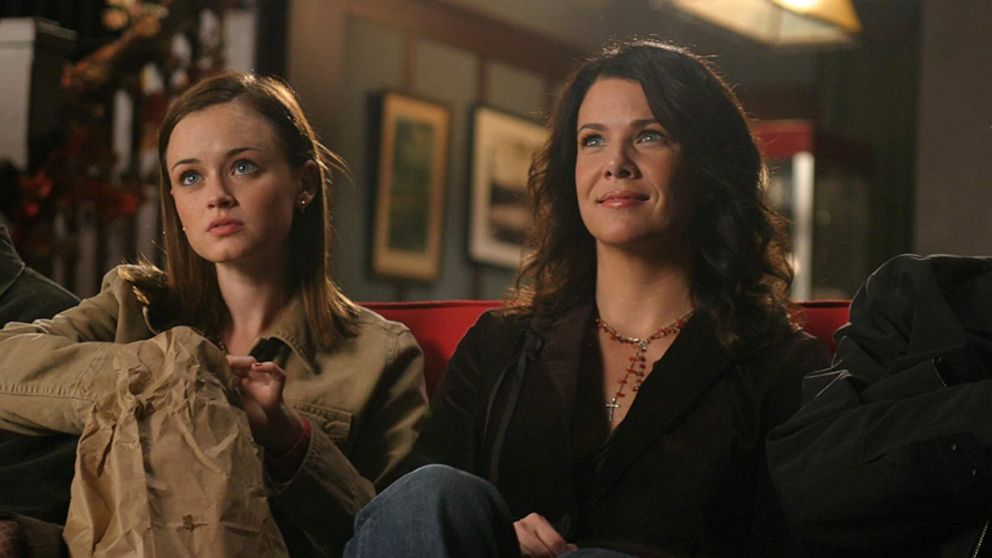 The WB
Alexis Bledel and Lauren Graham on "Gilmore Girls."

The show's legacy and cross-generational appeal

"Gilmore Girls" was famously overlooked in the awards department -- winning just one Emmy during its run for makeup in 2004 and garnering a single Golden Globe nomination, for Graham, in 2001. Despite this, it was a hit with critics and viewers alike, back then and to this day.

"I think it's because it was based on honesty and love. It was a show about three generations and, boy, did they bicker," Kuroda said of the dynamic between Lorelai, Rory, and the family's ultimate matriarch, Emily (Kelly Bishop). "They misunderstood each other, they fought -- but they never lost sight of their respect for each other, of their love for each other." 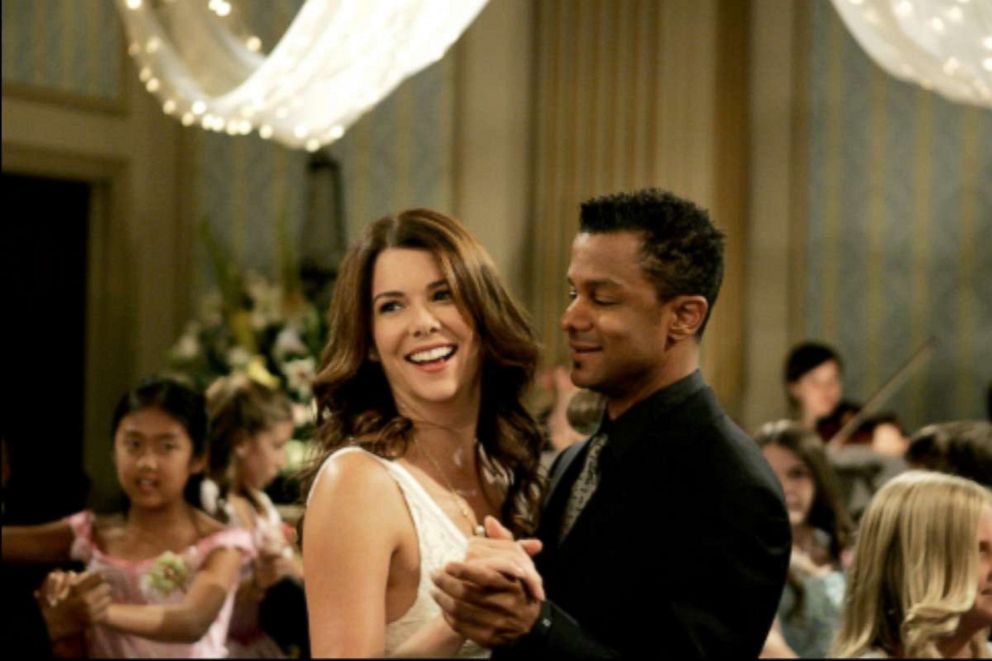 The WB
Lauren Graham and Yanic Truesdale on "Gilmore Girls."

"It's unique," Agena added, saying it "exists in this slightly different universe" from our own. "[It's] a comforting, fun show to go back to and I think, especially now and at times where our lives feel stressful, it can feel almost like a home base, like a safe space."

MORE: Halloween movies and TV shows to stream on Disney+

Everyone was on the same page in regard to these being the main points of what makes this series so special, keeping audiences -- as well as the cast -- willing to come back, even decades later.

"There are people who I think still want more," Abdoo said. "People ask me all the time would I do more? Of course I would do it again. That would be great."

Why they loved playing their respective characters

As for what drew them to the characters they portrayed on the small screen, Abdoo credited Gypsy's signature snark as being a joy to play.

"She just kind of told it like it was and it was kind of fun," she explained. "They made her kind of crabby, and there was something very freeing about playing someone [like that]. She could just be so crabby and still have people like her."

Truesdale agreed, saying he loved how Michel "doesn't hold back and says everything," but also explaining how, to him, the character simply "wants to be loved."

"Michel was really fighting to be seen," he noted. "He wanted to be seen, to be acknowledged. I had to to create that. I was really happy about the revival on Netflix because at last we had a little more of his personal life and we've never discussed that he was gay and now he had a husband and was going to have children." 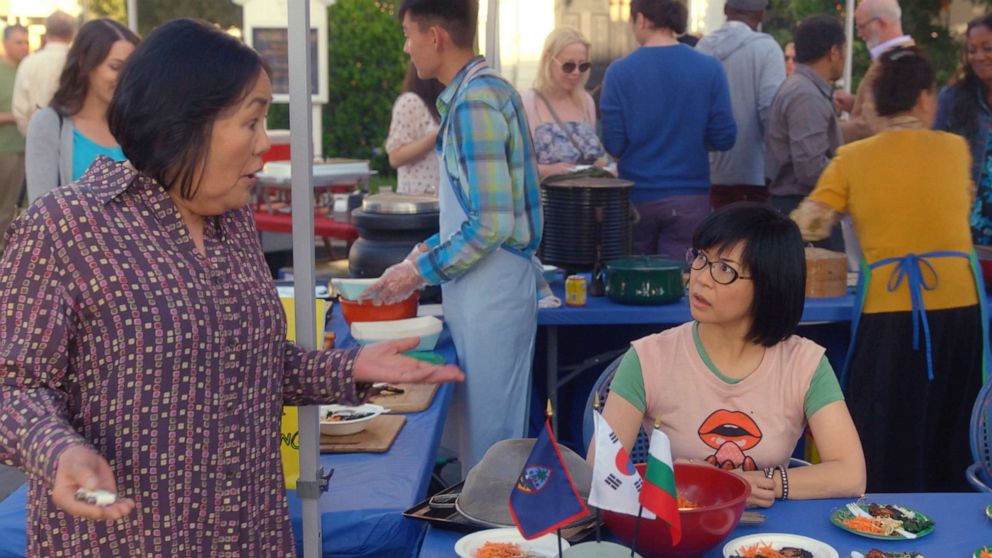 Netflix
Emily Kuroda, Keiko Agena on "Gilmore Girls: A Year in the Life."

Gunn's connection to Kirk was also deep, noting how he finds it "weird" that his onscreen persona lives inside him somewhere to this day.

"I don't know what that says about me, but I'll need just a little bit of therapy to deal with that, probably," he joked.

MORE: Gabrielle Union and Kirsten Dunst have some ideas for a potential 'Bring It On' sequel

Nothing exemplified this more, she said, than when Mrs. Kim walked Lane down the aisle at her wedding, saying it "almost felt like my [actual] daughter was really getting married and it was hard to keep it together."

Sometimes playing their character was an important moment, not just for the actor but for the community they are a part of -- just ask Agena.

"At that time -- and even now -- to have a series regular character that is Asian American is still rare, and I want more," she said of the representation and attention the show gave her and her character.

The town of Stars Hollow itself

Then there's the fictional Connecticut town in which the show is set: Stars Hollow. Though she loved playing Lane, Agena said this quirky locale is actually her favorite character.

"It's a very special place; it's a small town and yet they seem to have an unlimited budget for festivals and they will use any excuse to have a celebration," she joked. "It's also a place where you can eat copious amounts of junk food and not gain an inch." 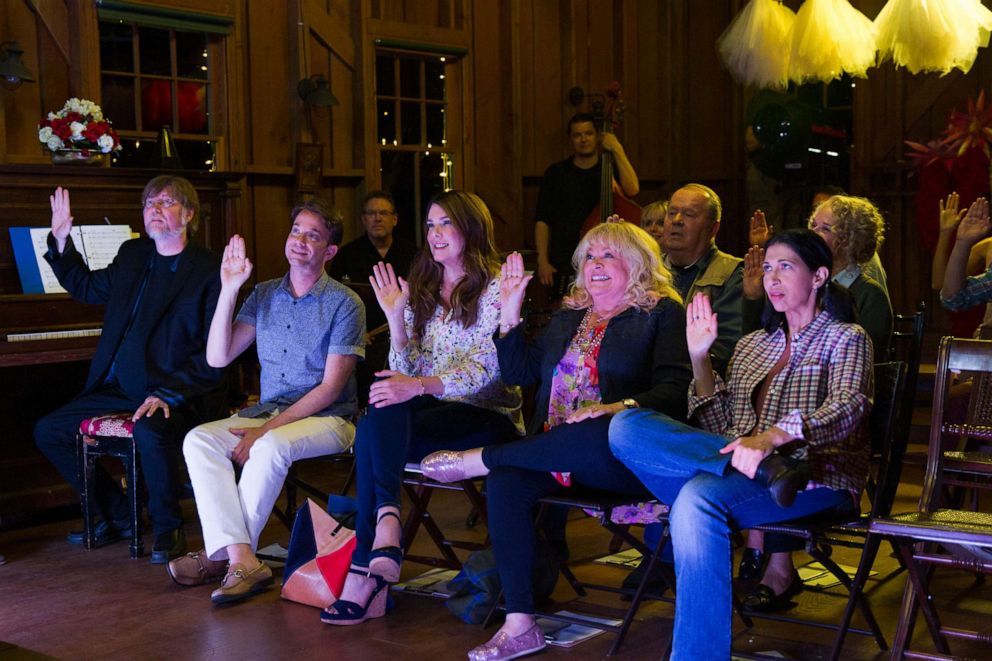 Gunn pointed to the "sense of community" there as something "we increasingly get less and less of in the modern world."

"That's the thing people latch onto," he added, "that they would like to have more of in their lives."

Kuroda -- who noted that whenever flowers were on the set they were always real -- said the feeling of Stars Hollow was "comforting" and likened it to "a warm hug or a blanket" that often helped viewers through difficult times in their lives.

Plus, given the current COVID-19 pandemic, it's not difficult to believe the town would be the ideal place to hunker down.

"You know they would be mindful of social distancing, and Taylor [Doose] would have everything marked off 6 feet," Abdoo joked. "Those town meetings, we would never be crowded in there like that. Not during quarantine time."

It's clear after speaking with the actors that the "Gilmore Girls" cast was super tight. In fact, Gunn said it's working with these people that is the thing he misses the most -- that and pretty much everything related to the show.

"I miss seeing those people and I miss working with such talented people," he explained. "[I miss] having a new script every week that is magnificently crafted and playing a character that I understand, that I identify with. If I could do that for the rest of my career, I would be ecstatic." 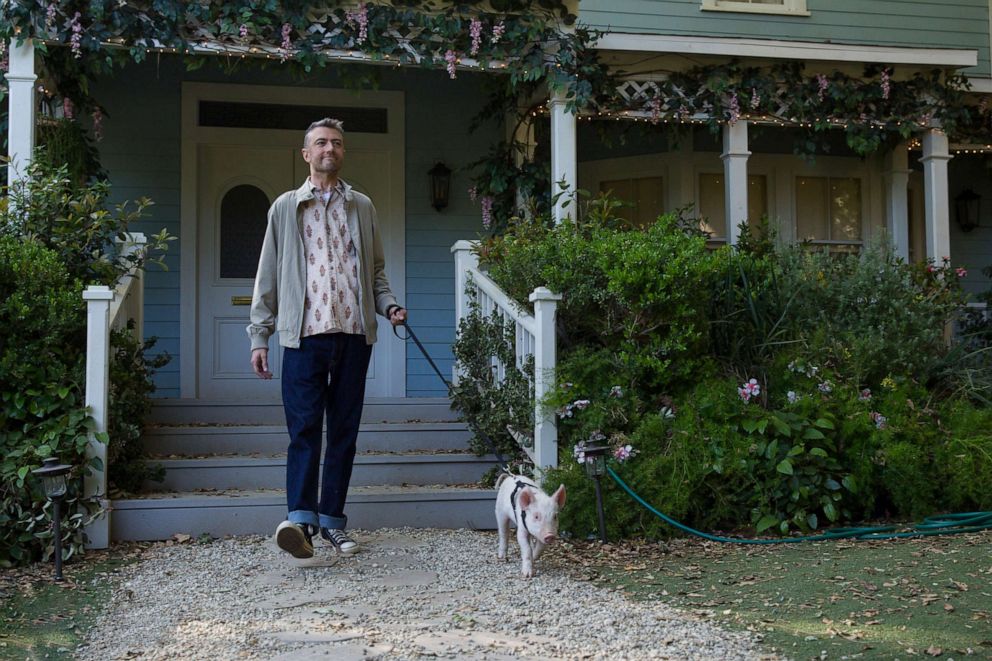 Saeed Adyani/Netflix
Sean Gunn on "Gilmore Girls: A Year in the Life."

When asked if he thinks the world needs "Gilmore Girls" now more than ever, Gunn said he "hadn't really thought about" that but it "may be true."

"I certainly think there's a heart and a center to the show that is around kindness and community," he added. "We could certainly use a little bit more of that in the world."

MORE: Mark Ruffalo posts tribute to '13 Going on 30' for the rom-com's 16th anniversary

It's the overall tone of the show for Truesdale that keeps audiences gravitating toward it now, 20 years after it premiered.

"It has a lot of heart -- and people need that, especially now," he said. "I also think the fact that most shows now are very cynical or sarcastic and dark -- which I love, actually -- but that's not 'Gilmore Girls,' and I think people crave that."

"It's good-hearted, it's funny, it's touching, you laugh," Truesdale continued. "Which is closer to life, right? Life is never all dramatic. Life is never all funny. So I like when a show combines both, because it feels more real to me."