By Michael Rothman, Lesley Hauler, Tommy Brooksbank
Share —
Sign up for our newsletters to get GMA delivered to your inbox every morning!

Giuliana Rancic may be known as a red carpet staple and fashion trendsetter, but there's much more to her story than her popular interviews with A-list celebrities.

The E! News host, who you've often seen at the Oscars and Golden Globes interviewing the likes of George Clooney and Sandra Bullock, has used battles in her personal life including breast cancer to inspire and educate others.

Eight years ago, Rancic dealt with "the shock of a lifetime" as she was diagnosed with the disease, but she didn't let cancer define her or get in the way of her life goals. She said she and her husband Bill Rancic only grew stronger through the journey and two years later, after beating cancer, the duo welcomed their son Duke into the world.

The couple recently partnered with C3 Prize to award three challenge winners with $100,000 for their "innovative, non-treatment solutions" to fighting cancer, including concepts like an entertaining audio series educating patients and their families narrated by local actors, a wearable device to take body temperature and more.

"GMA" sat down with Rancic to look back on both her career and inspiring life. Through a trip down memory lane with photos from her past, the journalist gave advice to her younger self and others in similar situations. 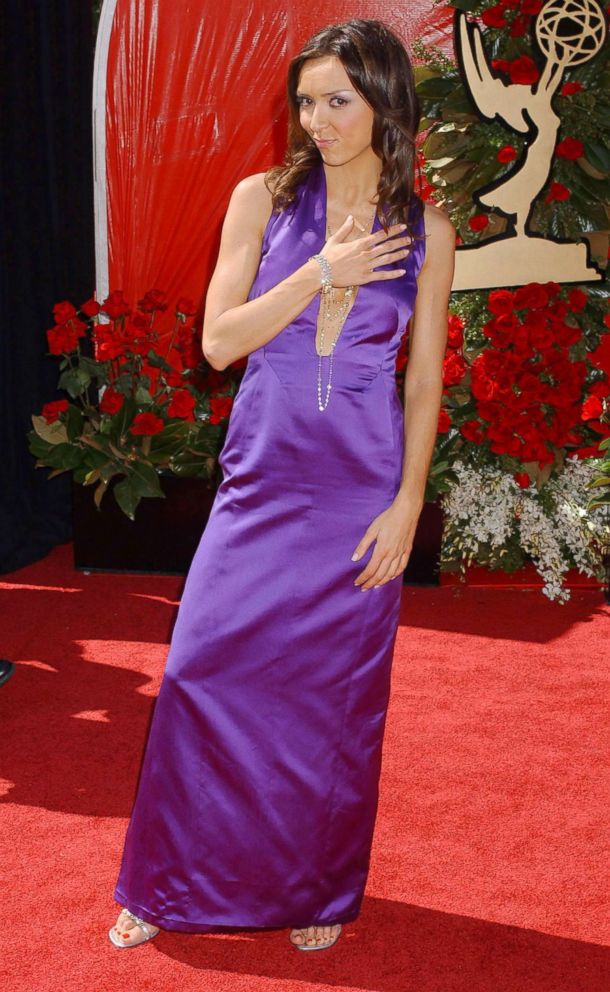 "This was really early on in my career, it was just so exciting to be on the red carpet," she said, smiling, looking at a photo of herself as an aspiring reporter at one of her first red carpets in the early 2000's. "I had this goal since I was a little girl to become an entertainment journalist and what's wild is I've now been on the red carpet for E! since 2002, so 16 years."

(MORE: How Bill and Giuliana Rancic created a judgment-free parenting app without trolling)

But as she thought about her humble beginnings in the entertainment reporting industry, she stressed that while she was coming up, "I did not try and fit a mold."

"I didn't watch TV and go, 'I should act more like her,'" she added. "I just did what came naturally to me and was just myself."

In fact, she attributes her success to being unique and original.

"I think that's why I've had a long career in this," she explained. "Because I was unlike anyone else." 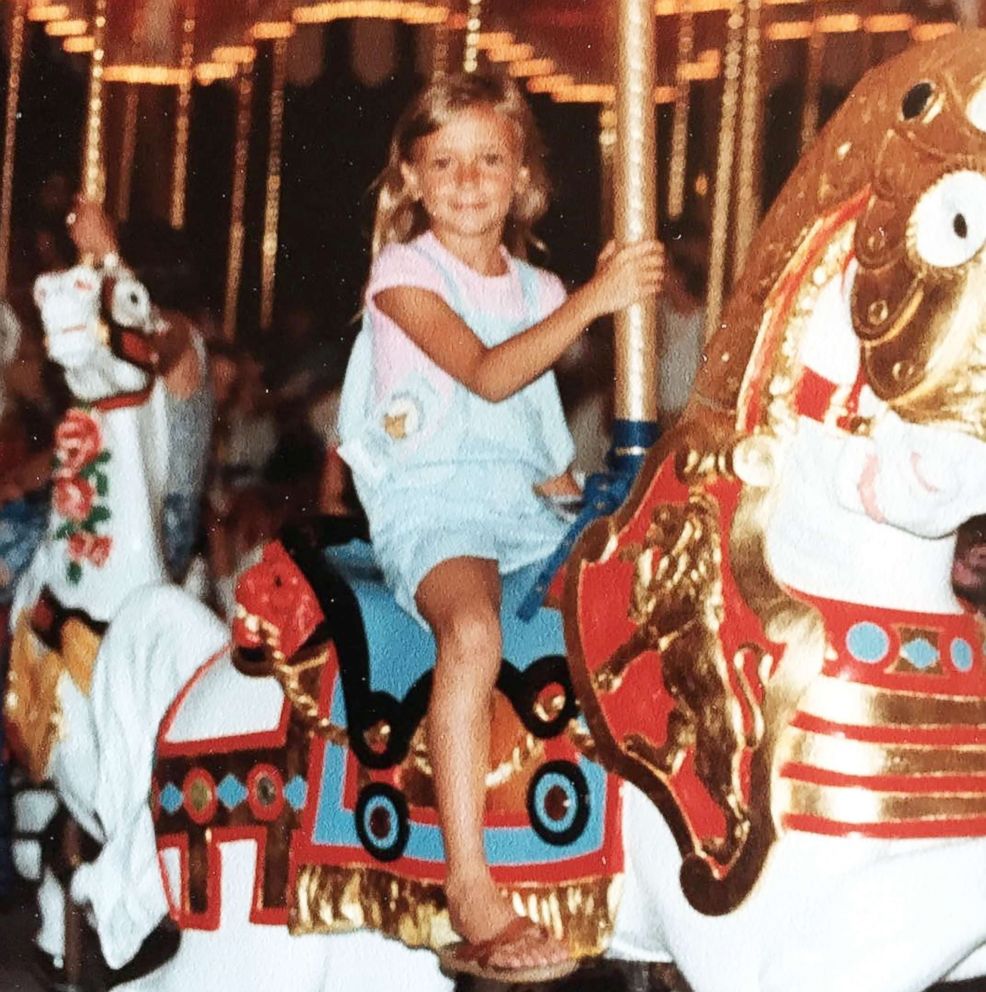 Rancic jumped in "GMA's" time machine and went even further back to a childhood photo of her shortly after she moved to the United States from Italy.

"I think it's really easy, especially as a young girl, to focus on your weaknesses and think that they are going to affect you for the rest of your life. But if just take it one step further and realize what makes you weak today will actually be your strength tomorrow." - Giuliana Rancic

"When we first moved to America, I didn't speak any English at all," she said of moving to the states when she was just seven years old. "So, I would just kind of be in the back of the classroom all alone, trying to adapt to a brand new place. It was really hard to make friends and that sort of thing."

But she was able to turn this difficult language barrier into a strength.

"I think it's really easy, especially as a young girl, to focus on your weaknesses and think that they are going to affect you for the rest of your life," she said. "But if just take it one step further and realize what makes you weak today will actually be your strength tomorrow."

As seen in her interviewing style today, Rancic said because she found it hard to break through that language barrier as a young girl, she made it her goal to eventually become a "great communicator."

"And therefore, here I am, on the red carpet, interviewing people for a living," she added. 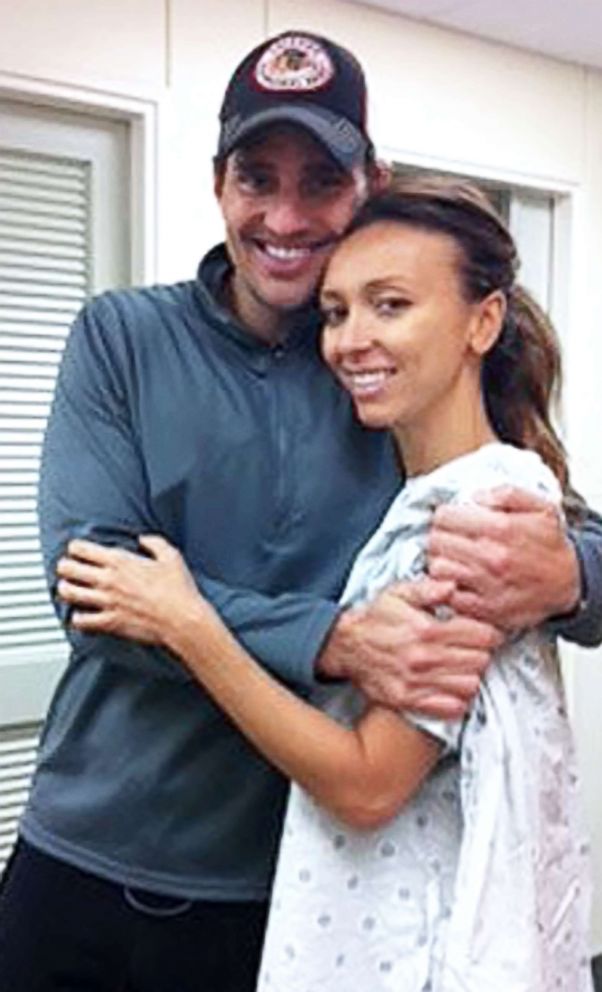 "This was obviously a really difficult time in my life," Rancic said of a photo with her husband Bill during her breast cancer battle in 2011. "I was 36 years old and had just been told I had breast cancer."

Rancic said the diagnosis was "the shock of a lifetime," because she had no family history of the disease and was always a very healthy person.

"I found myself in this position a lot," she said of the picture. "In a robe in the hospital, with Bill by my side. I just can't imagine what I would have done without Bill by my side. It was very, very important to still appreciate the good things in my life."

Rancic admits that it would have been easy to "be in a dark place all the time" because of her health.

"I think what snapped me out of it a bunch of times a day was 'Yeah, this is bad, but guess what's really good?' and Bill was definitely at the top of the good list," she said. 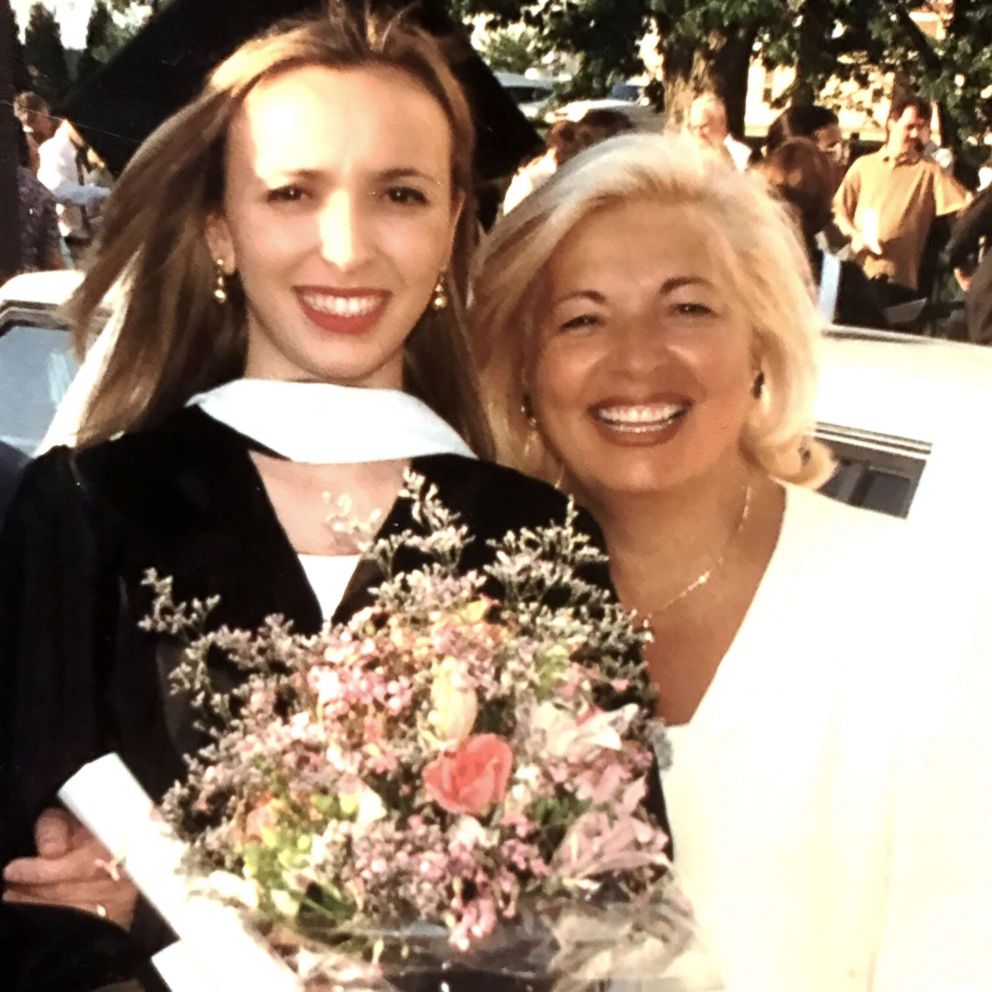 "This is a picture of me and my mom at my college graduation when I graduated from the University of Maryland," she explained in this 20-year-old throwback.

But though the picture was a time to celebrate a major life moment, Rancic had a major surgery about five or six months prior to her graduation.

"I had scoliosis for most of my life," she said. "Senior year of college, my scoliosis got really bad and the doctors were like, 'You need surgery in the next month.'"

"I did it and quite honestly I was proud of myself," she added. "I had overcome this surgery in this time in my life." 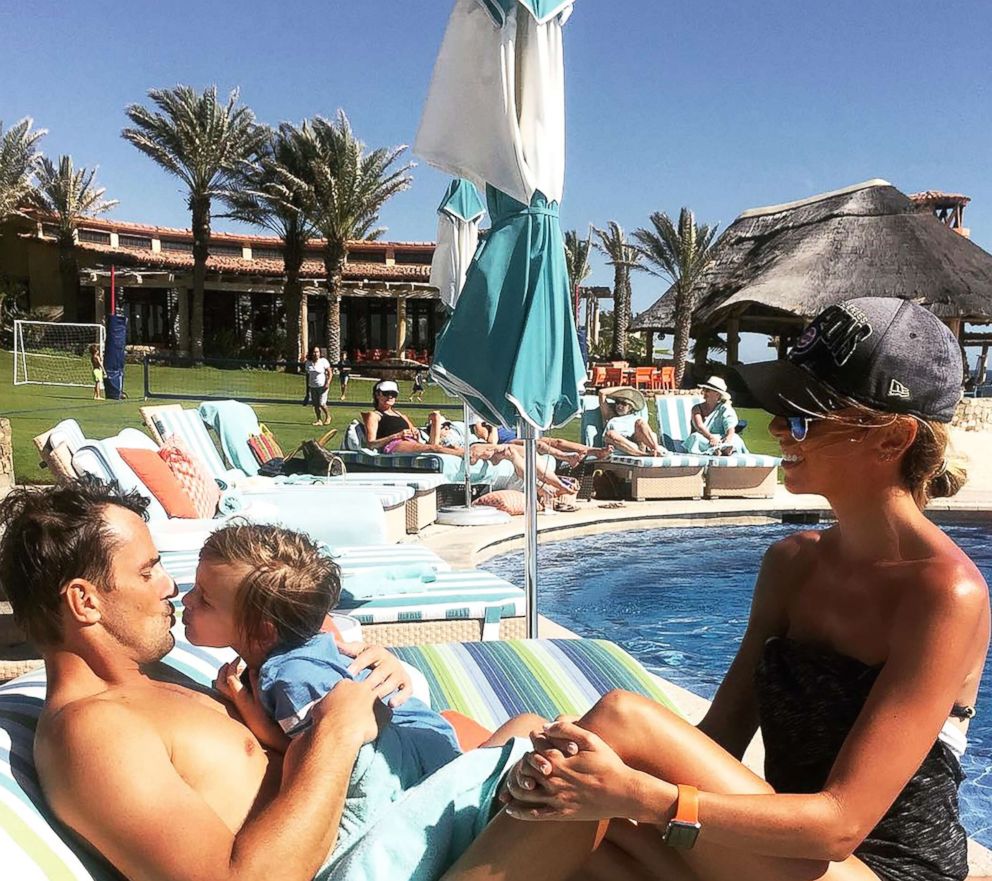 "So cute!" she gushed about a picture of her husband Bill kissing their son Duke. "Hopefully when I look back on my life, these will be like my most precious memories, just being with family."

Rancic said her parents led by example and that's exactly what she does with her son.

Bill is Giuliana's best friend and that's what they want to instill on their son and the world really.

"We are kind to everyone we meet, we are all humans, we all have feelings and we all deserve respect," she said. "If we can teach him that then we've succeeded."