Former U.S. Marine Capt. Anuradha Bhagwati fought for servicewomen to access the frontlines of the battlefield. Within the last decade, women in the military were forbidden to serve in direct ground combat and some jobs were off limits.

"There were a variety of limitations on women in combat," Bhagwati told "GMA."

But that changed with Bhagwati's help, as women can now join such operations as the Navy SEALs.

Bhagwati used her voice to help make a historic change, easing the gender divide and allowing women to defend their country on their terms. 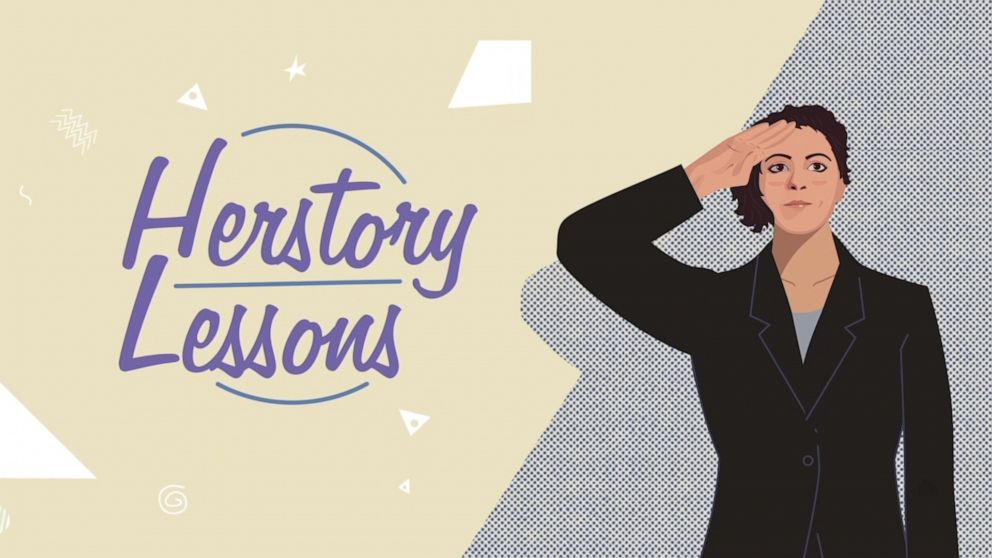 Bhagwati, who identifies as bisexual, grew up the daughter of immigrants in New York City. She said she had a relationship with a female classmate in high school, but it ended when her mother found out. She wrote in her book, "Unbecoming: A Memoir of Disobedience": "My mother told me of the shame I would wreak upon her family in India ... she said, 'If you do not end this now, I will kill myself.'"

MORE: Herstory Lessons: The inspiring story of the 1st black female reporter for The Washington Post

Instead, she turned her thoughts to academic success. She attended Yale University for her undergraduate degree before going to graduate school at Columbia University, where her parents were professors. But, she was miserable. 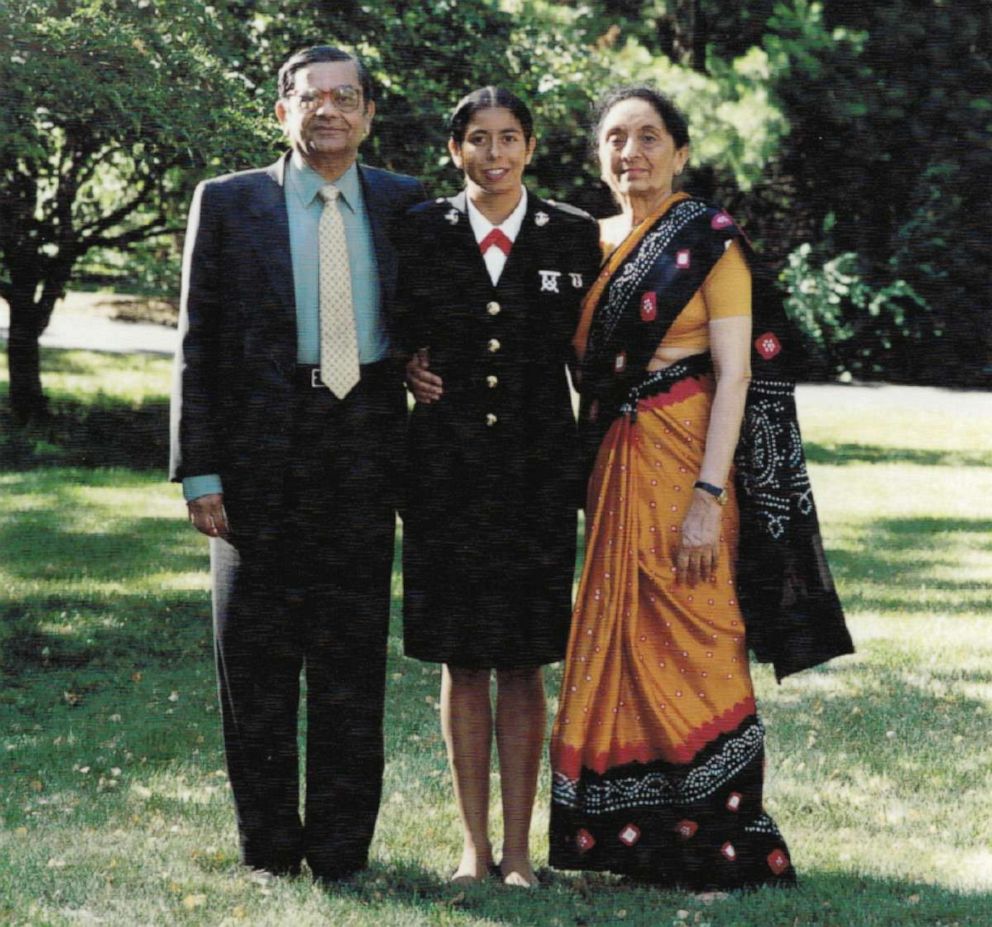 In 1997, Bhagwati said she had an epiphany after seeing the female-focused action film "G.I. Jane."

"I remember seeing that and thinking I wonder ... if I could do that," she said.

She then dropped out of school to join the Marines.

She recalled in her memoir an unsettling moment after joining the Marines when officers joked that a woman Demi Moore depicted in a poster was “not a real Marine.”

She said the insults toward women were frequent and demeaning. She said she'd never forget when a fellow lieutenant told her, “Bhagwati, looking at you makes me never wanna have sex with a woman again.”

Yet, she went on to become an officer. She planned to use this power to elevate marginalized voices in the Marines. 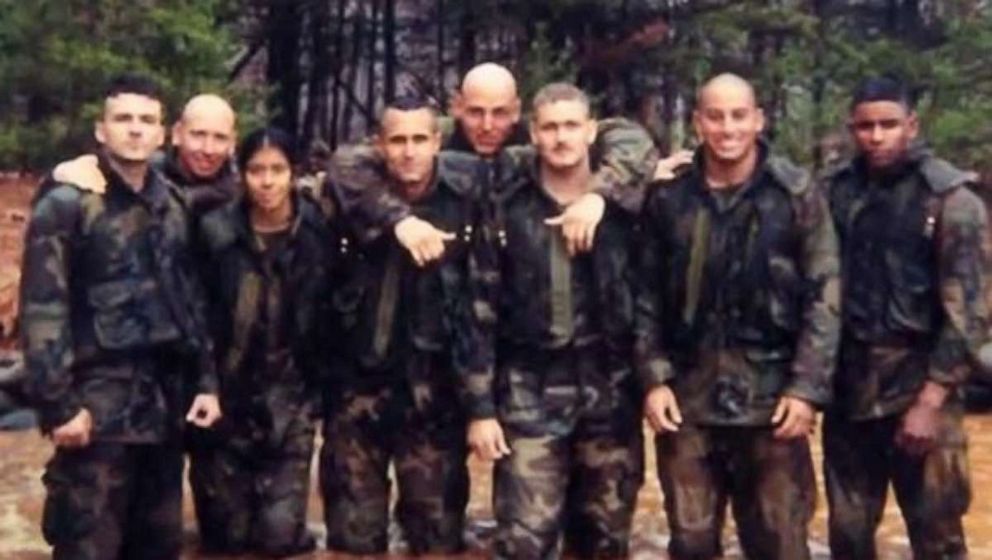 "That's the spirit I brought to my own units," Bhagwati said. "It was now all the women are going to train as hard and probably harder than the men … there's no such thing as a female Marine. They're just Marines."

But she said the life of a Marine wasn’t easy, saying she was once punched in the face by a fellow soldier and given long, uncomfortable embraces by a male captain.

When she tried to speak up, she said she or other female victims were blamed by senior officers who preferred to sweep the allegations under the rug.

In fact, Bhagwati said one lieutenant accused of harassment even had his career blossom.

"Lieutenant was promoted, given command of my company ... So, like now he's in charge of the women he's been harassing and it's just -- you can't make this stuff up," she said.

"Now he's in charge of the women he's been harassing and it's just -- you can't make this stuff up."

It was a bitter reality for Bhagwati, who wrote in her book, "Sexual predators thrived in places like the Corps, especially when they had rank."

Despite the hard-won success, she became disillusioned watching cover-up after cover-up.

After five years, she left the Marine Corps but never escaped the PTSD and depression that she said haunted her.

"You’re always being sized up for being a woman. It really takes its toll," Bhagwati said.

But coming to terms with her experience, fueled her drive to bring equality to the military. She created SWAN, the Service Women’s Action Network. 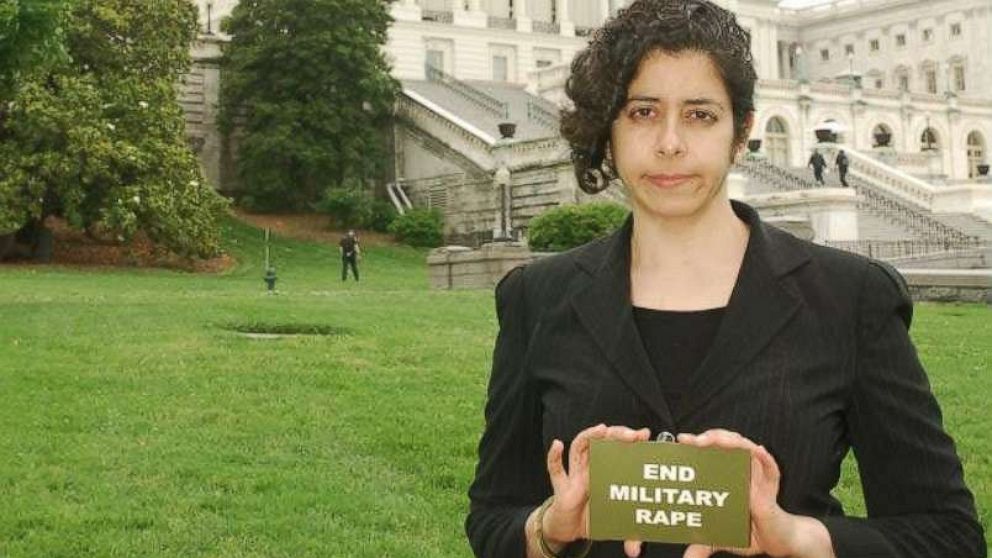 "For me, it was very healing to be able to speak out fiercely on behalf of victims in the military," Bhagwati said.

Bhagwati realized she and her female colleagues were working as hard as the men but weren’t allowed to serve in the same way. She knew her experiences should result in some positivity, so she decided to filter her pain into the push for change, granting women equal treatment, especially in combat.

"It was mostly women of color and queer women going to Congress to advocate on issues like sexual harassment sexual assault, you know, don't ask don't tell," Bhagwati said. 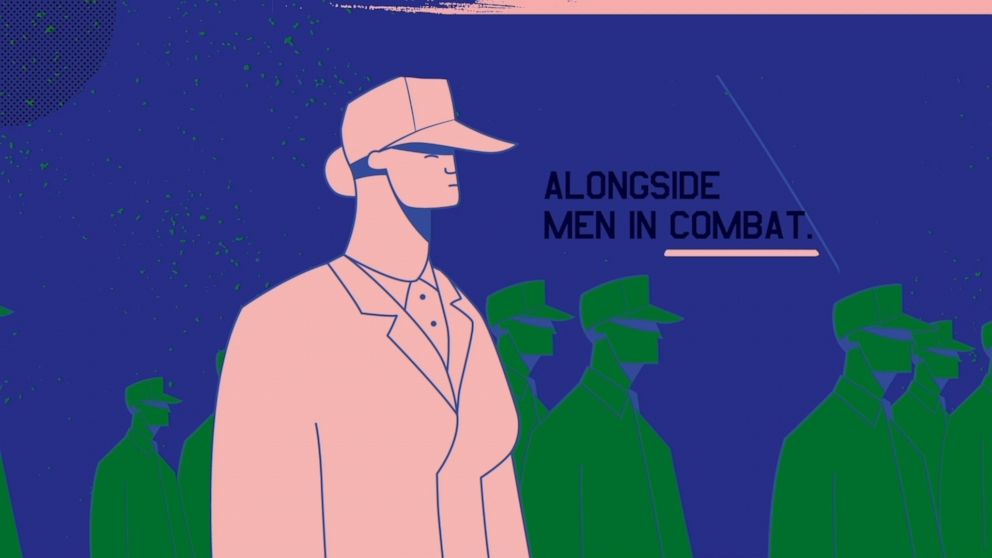 Good Morning America
Anuradha Bhagwati fought to allow women to fight alongside men in combat in the US military.
MORE: 104-year-old veteran has received over 300,000 Valentine's Day cards

"We were part of a series of lawsuits that ended up really turning American eyes and hearts toward service members in a new way," Bhagwati said. "It's like, 'Oh wait, these women and men are volunteering to serve and they're being harassed and assaulted ... This won't do. So that was an incredibly rewarding experience for me to be a part of."

SWAN joined forces with other servicewomen to sue the Pentagon to overturn the ban on women in combat.

"It was an amazing time. So women can be Navy SEALs today ... if they make it through," Bhagwati said.

For this high achiever, clearing a path for military women to succeed has been a crowning accomplishment. But, like trailblazers who came before her, Bhagwati realized there was a steep personal cost. 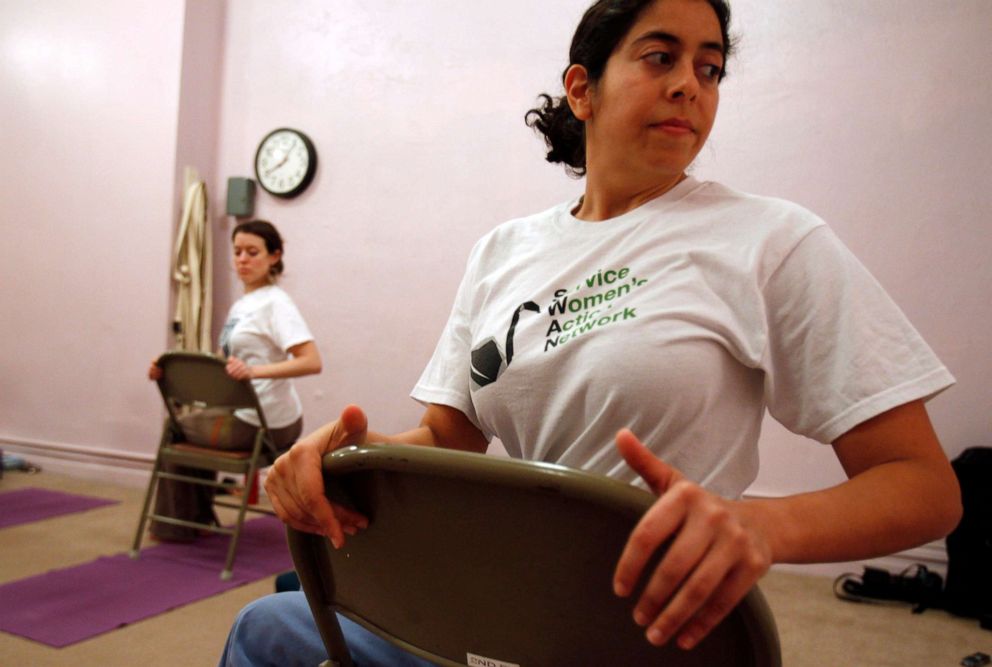 Today, her life is far from that of the hard-charging soldier she once was. She’s a writer, activist and yoga teacher. She lives in New York City with her service dog, Duke, who helps her manage her PTSD.

"I'm really happy I did it ... sticking up for what I believe in or what I know is right. Even if it hurts me," Bhagwati said.

"GMA" reached out to the Marine Corps and the Department of Defense regarding Bhagwati's statements. The agencies provided the following responses:

"The Marine Corps strives to provide equal treatment and opportunity for all Marines to achieve their full potential based solely upon individual merit, ability, intellect and fitness.

"Ten years ago, women comprised 6.2 percent of the active duty force; today there are roughly 16,391 women, or 8.7 percent, serving on active duty in ranks that span from private to lieutenant general. Since the restriction was lifted on women in combat units in 2015, women are represented in all the occupational fields in the Marine Corps and 188 women now serve in previously restricted military occupational specialties. There are more than 450 female Marines serving in 49 of 63 previously restricted units."

"The Department of Defense is committed to ensuring every military position remains open to all qualified personnel regardless of gender. The 2015 Secretary of Defense memorandum, which opened all positions across the Military Services to women, remains in full effect as Department of Defense leaders continue to oversee the implementation of gender integration and monitor its progress. In an effort to increase the total number of women serving in these recently opened positions, each of the Services continues to actively promote and advertise these opportunities to women currently serving, as well as to incoming female recruits.

"The Department of Defense remains committed to maintaining a culture of dignity and respect that values diversity and inclusion as readiness imperatives. The Department continues its efforts to draw upon the strengths of diverse backgrounds, talents, and skills to maximize our warfighting ability, adapt to new threats and challenges, and take advantage of new opportunities. Ultimately, these efforts strengthen the lethality and readiness of our nation’s Armed Forces."