Dorothy Butler Gilliam made history by becoming the first black female reporter for The Washington Post in 1961 at the age of 23. At the time, many women and minorities weren't included in newsrooms.

In her autobiography, "Trailblazer," Gilliam wrote, "I immediately faced prejudice outside and inside the tension-filled newsroom, as one of the only three black journalists and the first African American woman." 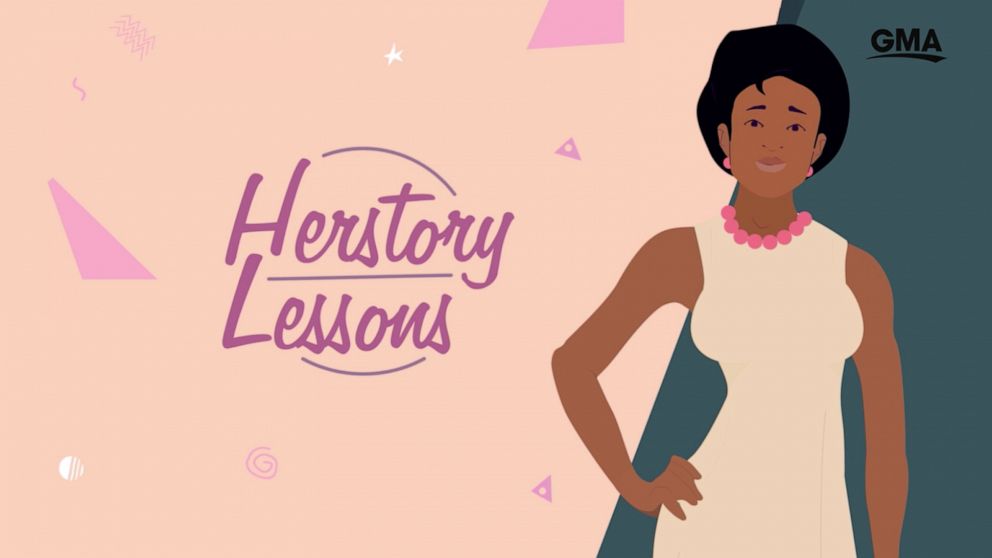 "Even colleagues who would be reasonably collegial inside The Post, if they saw me on the street, they would pretend they didn't know me," Gilliam, now 83, told "GMA."

(MORE: A nurse adopts her tiny patient and more feel-good moments that will have you tearing up)

"I knew I couldn't come back and complain about the problems I faced because that would be a perfect excuse not to hire other black women," Gilliam continued.

Gilliam would eventually cover what she called one of her "most unforgettable assignments" -- the black community's response to racial integration at the University of Mississippi. 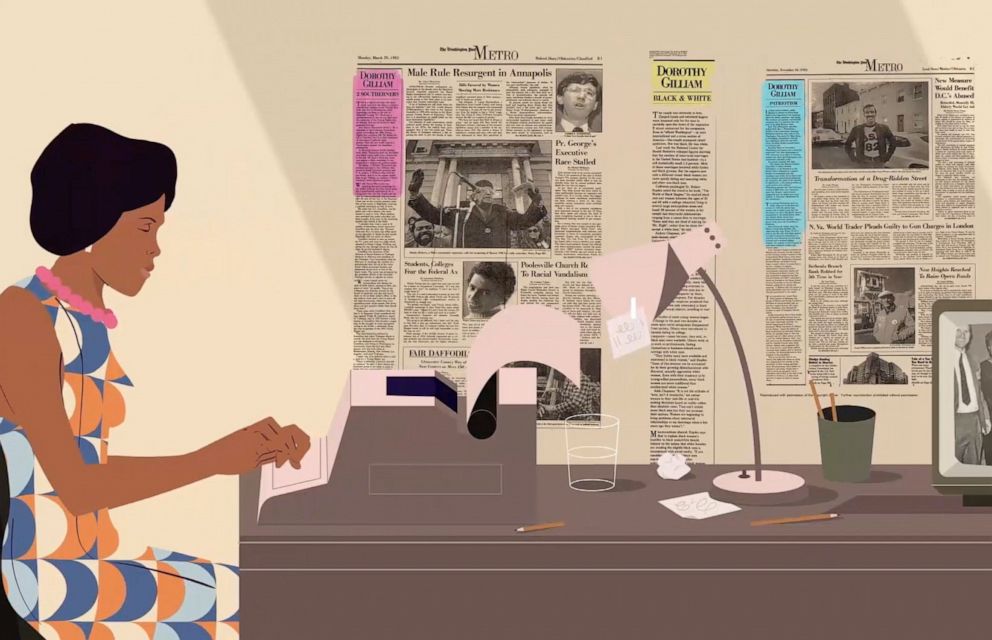 James Meredith had been denied admission to the university because he was black. In response, he filed a lawsuit with the NAACP against the university.

(MORE: 10-year-old doing flips in prosthetic leg dazzles millions with her impressive moves: 'I feel like a famous person')

The case went all the way to the U.S. Supreme Court, which ordered that Meredith be admitted as a student in 1962. Mississippi state officials blocked Meredith's attempts to integrate the school. After violent, deadly protests, federal marshals marched Meredith into the university. He went on to graduate with a degree in political science.

"The black people I interviewed … were shocked and amazed by Meredith's courage and overjoyed by his determination to integrate the university," Gilliam wrote in "Trailblazer." 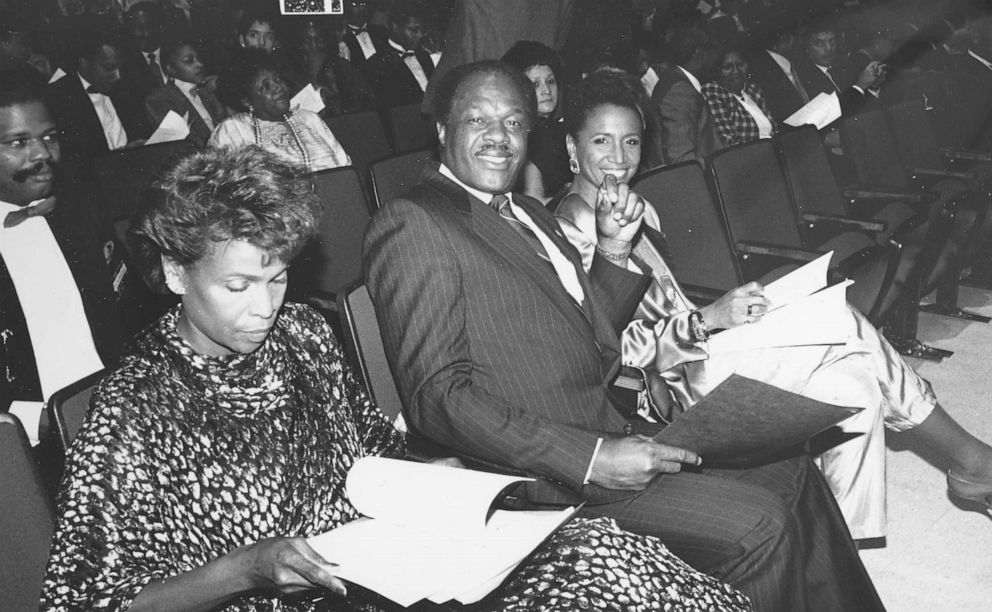 While on assignment in the Deep South, Gilliam faced vicious racism as well.

Struggling to find lodging one night, she wound up sleeping in a room at a local black funeral home.

"I just slept among the dead. It wasn't pleasant, but I knew it was a clean room and nobody was gonna bother me," Gilliam said.

But Gilliam didn't let that stop her from reporting and she continued covering the community. 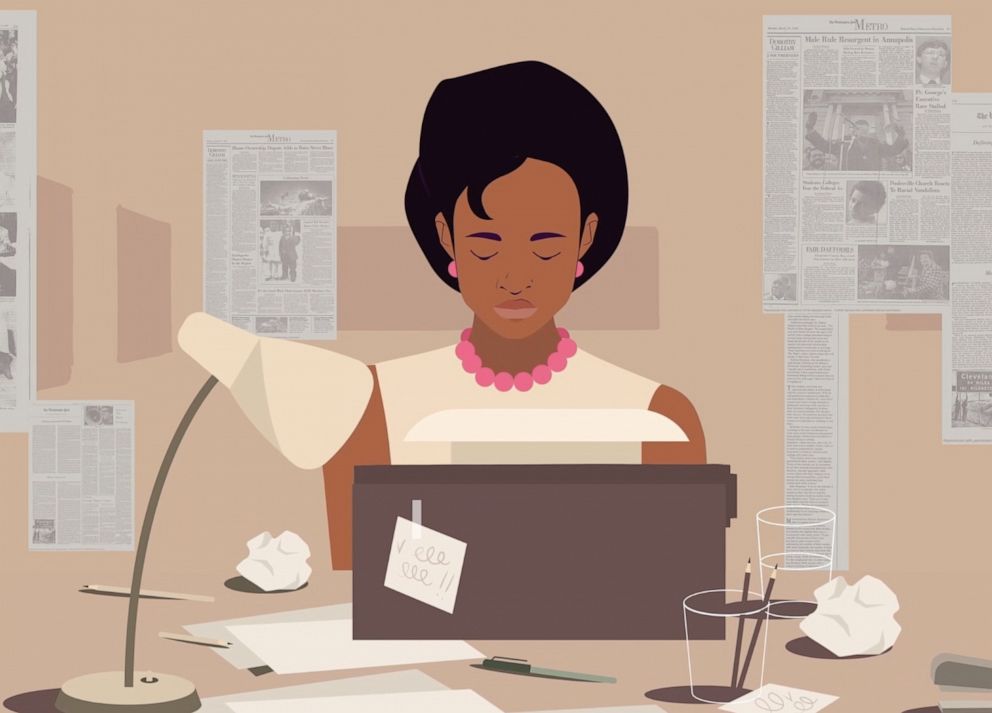 Gilliam eventully left The Post for a few years to raise her family but returned to the paper as an editor for the Style section. She then went on to be a columnist for the metro section for about 19 years.

Throughout her life, and since her father's death when she was 14, Gilliam noted her struggle with compulsive eating and short periods of depression.

"Despite the bold stances I took in my columns, I was at times at a spiritual low point, suffering mild depression, for which I saw a counselor," she wrote in her memoir. "My life had become unmanageable, my weight ballooned yet again. I wondered if I would ever conquer the food challenges I'd battled since Daddy's last days."

A friend told her about an anonymous free fellowship that offered a counseling program for compulsive eaters. She decided to go to work through her feelings and eating issues.

She leanred to cope with this struggle and went on to have a stunning career, later devoting her life to helping to diversify newsrooms. She trained new journalists, even doing so in South Africa as a Knight Fellow. 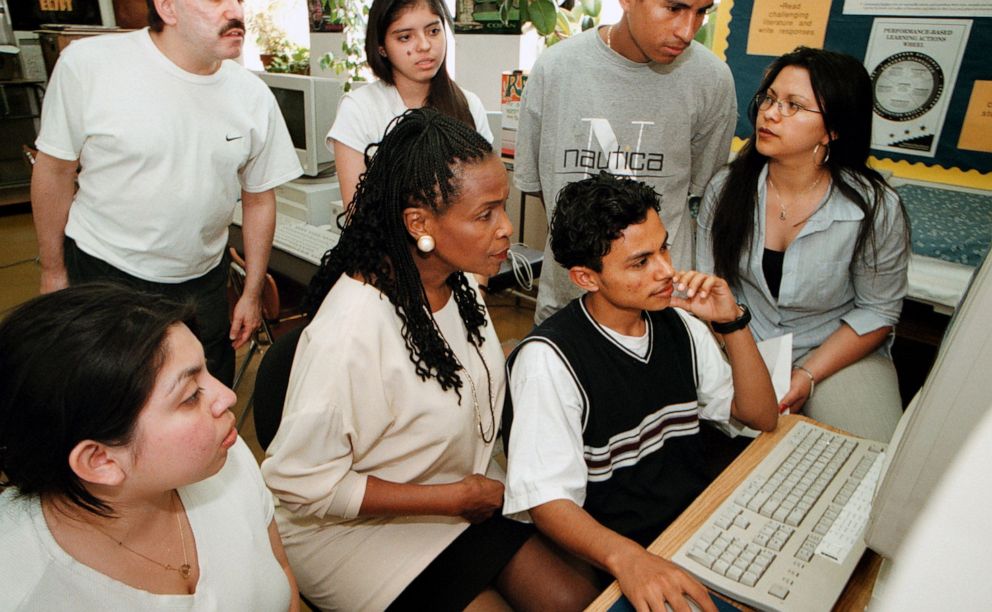 The Washington Post/Getty Images, FILE
Dorothy Gilliam works with journalism students at the Bell Multicultural School in Washington, D.C., May 12, 1999.

Gilliam co-founded the Institute for Journalism Education, now renamed the Maynard Institute. She also guided the National Association of Black Journalists as a vice president and president.

Editor's Note: This story was originally published on May 6, 2019.