Jimmy Kimmel will return to host the 2023 Oscars.

“Being invited to host the Oscars for a third time is either a great honor or a trap,” Kimmel said via a press release. “Either way, I am grateful to the Academy for asking me so quickly after everyone good said no.”

This year's Oscars telecast will be directed by Glenn Weiss, who will also produce the show with Ricky Kirshner. Kimmel's wife Molly McNearney, who is the executive producer and co-head writer of “Jimmy Kimmel Live!,” will also serve as an executive producer for the show.

“We’re super thrilled to have Jimmy score his hat trick on this global stage. We know he will be funny and ready for anything!” Weiss and Kirshner said in a statement.

I am pleased to announce that on March 12, I am hosting the #Oscars for a third time. (Comments are turned off)

The 2022 Oscars was packed with plenty of historic wins, epic performances and also featured one of the most-discussed moments in the show’s history: the now-infamous moment when Will Smith slapped Chris Rock onstage during the show. The incident, for which Smith has since apologized, resulted in the academy banning the actor from attending any academy event or program, including the Oscars, for 10 years.

Kimmel shared his approach to hosting before the 90th Academy Awards in 2018, detailing that he felt it was "almost necessary now" for comedians to broach "serious subjects” in their material. In his monologue at the awards show, he spoke about everything from Harvey Weinstein and the #MeToo movement to the gender pay disparity in Hollywood and the importance of celebrating and increasing diversity in film. 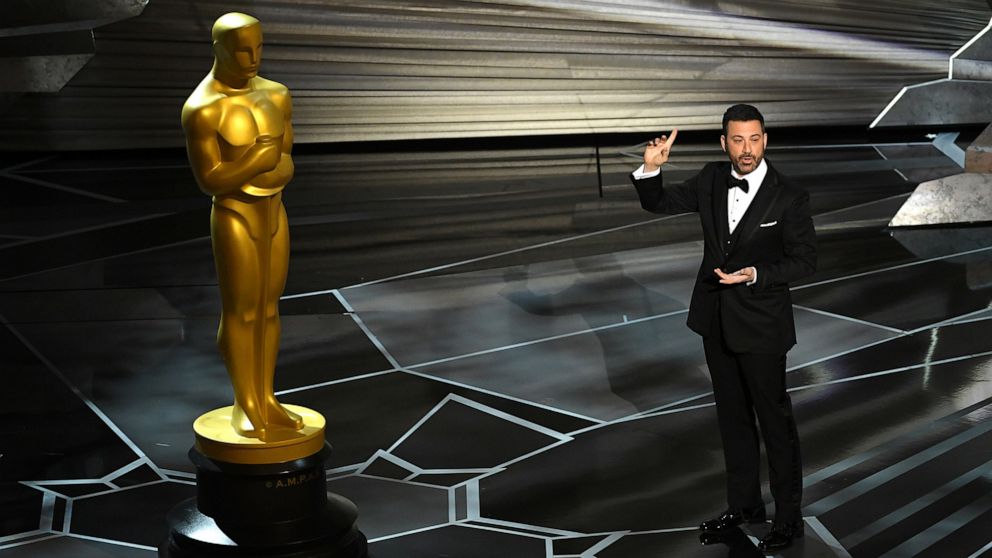