After convincing the Golden Globes to go vegan, Joaquin Phoenix hopes his recent tour of an American slaughterhouse will inspire more people to reconsider their diet.

The day after winning best actor at the Academy Awards for "Joker," in which his fiery acceptance speech about saving animals broke the internet, the actor teamed up with Los Angeles Animal Save to visit Manning Beef, a local slaughterhouse.

The outspoken vegan was personally shown around by company CEO Anthony Di Mara. The two butted heads several times, mainly on semantics of saying "harvested" versus "murdered," but eventually came to respect the other. 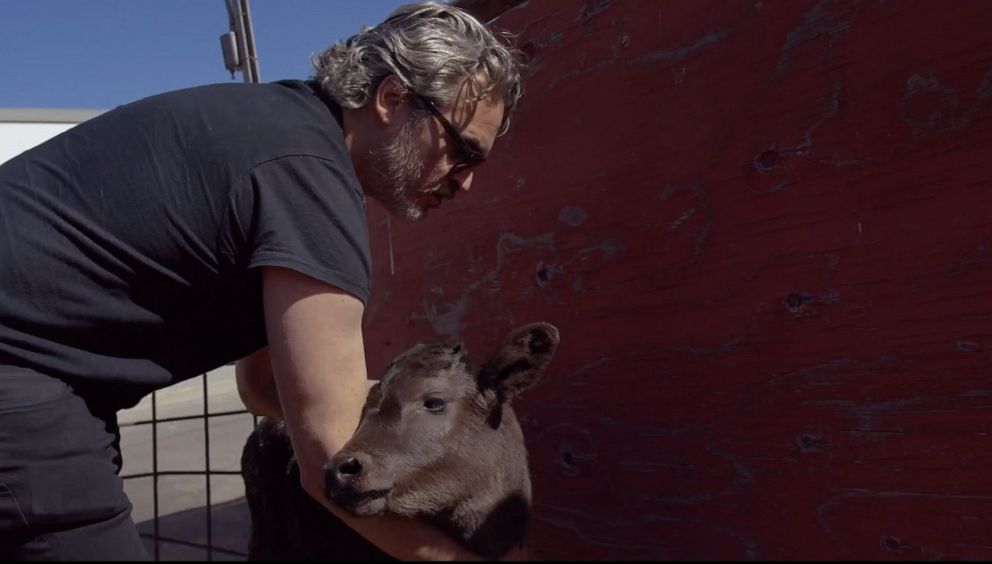 Farm Sanctuary/Facebook
Joaquin Phoenix visited Manning Beef, a slaughterhouse outside of Los Angeles, where he helped get a cow named Liberty and her calf Indigo taken to a sanctuary.

"I never thought I’d find friendship in a slaughterhouse," Phoenix remarked, "but meeting Anthony and opening my heart to his, I realize we might have more in common than we do differences."

The "Joker" star also revealed that an "act of kindness" from Di Mara led him to a cow and her newborn calf -- whom he rescued and has since named Liberty and Indigo.

MORE: Why Joaquin Phoenix will wear the same tux to every awards show

Manning Beef has a policy against separating calves from their mothers, which Phoenix says "is an exception to the rule of most slaughterhouses."

The video tour documents the emotional rescue as Liberty is herded from her small pen and into a trailer as Phoenix trails behind -- carrying her newborn. The two are then taken to their new home, a ranch called Farm Sanctuary, where they quickly begin romping around the enclosure.

"My hope is, as we watch baby Indigo grow up with her mom Liberty at Farm Sanctuary, that we'll always remember that friendships can emerge in the most unexpected places; and no matter our differences, kindness and compassion should rule everything around us," concludes Phoenix. 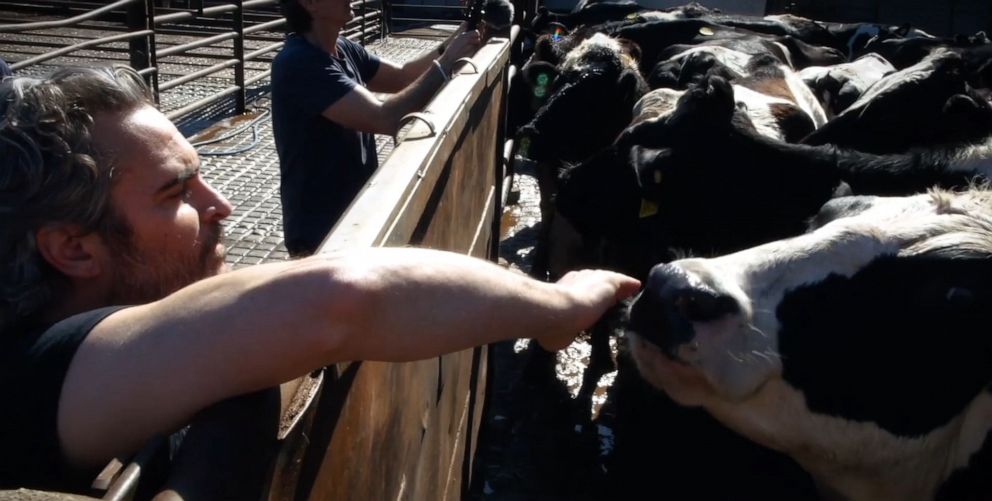 Farm Sanctuary/Facebook
Joaquin Phoenix visited Manning Beef, a slaughterhouse outside of Los Angeles, where he helped get a cow named Liberty and her calf Indigo taken to a sanctuary.

He also hopes his time at Manning Beef will open even more eyes and inspire meaningful change -- and new vegans.